Procyanidins, compounds commonly found in red wine, are good for your blood vessels and are probably one of the factors contributing towards the long life spans of the people from the southwest of France and Sardinia, say researchers from the William Harvey Research Institute, Queen Mary, University of London.

You can read about this study in the journal Nature, November 30 issue.

The researchers also found that levels of procyanidins are not the same in all wines. Wines from southwest France and Sardinia, where it is still made in the traditional way, tend to have higher levels of the compound - in some cases their levels were 10 times as high as wines from elsewhere.

People should bear in mind that the daily glass of wine could have varying degrees of benefit, depending on where it came from. The researchers specifically noticed the higher levels of procyanidins from the Nuoro area in Sardinia and the Gers region, Midi-Pyrenees, south west France. On average, the scientists found those two areas had procyanidin levels five times higher than wines from Spain, South America, the USA and Australia.

Roger Coder, team leader, said "The endothelial cells which line our arteries are an important site of action for the vascular protective effects of polyphenols. We purified the most biologically active polyphenols and identified them as procyanidins. The traditional production methods used in Sardinia and southwestern France ensure that the beneficial compounds, procyanidins, are efficiently extracted. This may explain the strong association between consumption of traditional tannic wines with overall well-being, reflected in greater longevity."

Corder added "There is a 19th Century expression - A man is only as old as his arteries - which can be taken to mean that those with the healthiest arteries live longer. So it was of great interest to us when we found both in Sardinia and in south-west France that the wines made in these in areas had higher levels of procyanidins."

When wine is made in the traditional way, the fermentation period of the grapes lasts three to four weeks, as opposed to the one-week period in more modern ways. The traditional method allows for the full extraction of procyanidins from the skin and seed.

The researchers also found that the Cabernet Sauvignon and the Nebbelio grapes made the wines with the highest levels of procyanidins.

If you never drink alcohol, I would strongly urge you not to start after reading this article. There are several ways of protecting your cardiovascular health and increasing your chances of living a long life, such as following a healthy and well balanced diet, doing plenty of exercise, getting enough sleep, and not smoking. If you do drink, make sure your consumption does not exceed recommended levels. 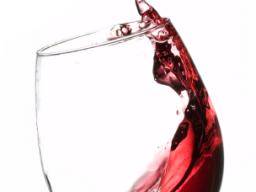 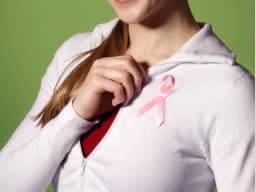 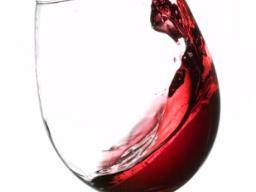 Red wine has 'both cancerous and anti-cancerous properties' Alcohol is known to increase risk for some cancers, but a new paper supports the idea that resveratrol - found in red wine - may offset some of this cancer risk. Read now 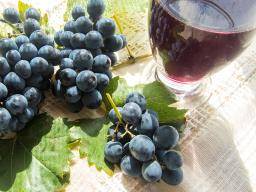 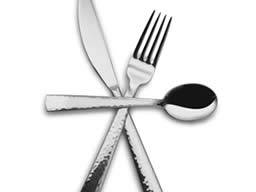 Chemical In Red Wine May Prevent Cancer A chemical found in red wine is now thought to help prevent cancer. Scientists from the University of Leicester have been studying the effects of a compound found in red grapes, called... Read now