Depression during period: Everything you need to know

Most people who menstruate will experience some symptoms of premenstrual syndrome (PMS), including moodiness and headaches.

However, some individuals can develop more severe symptoms, such as depression and anger. Hormones can also cause people to feel nauseated during their period.

In this article, we explore why some people feel depressed during a period. We also list home remedies and treatment options. 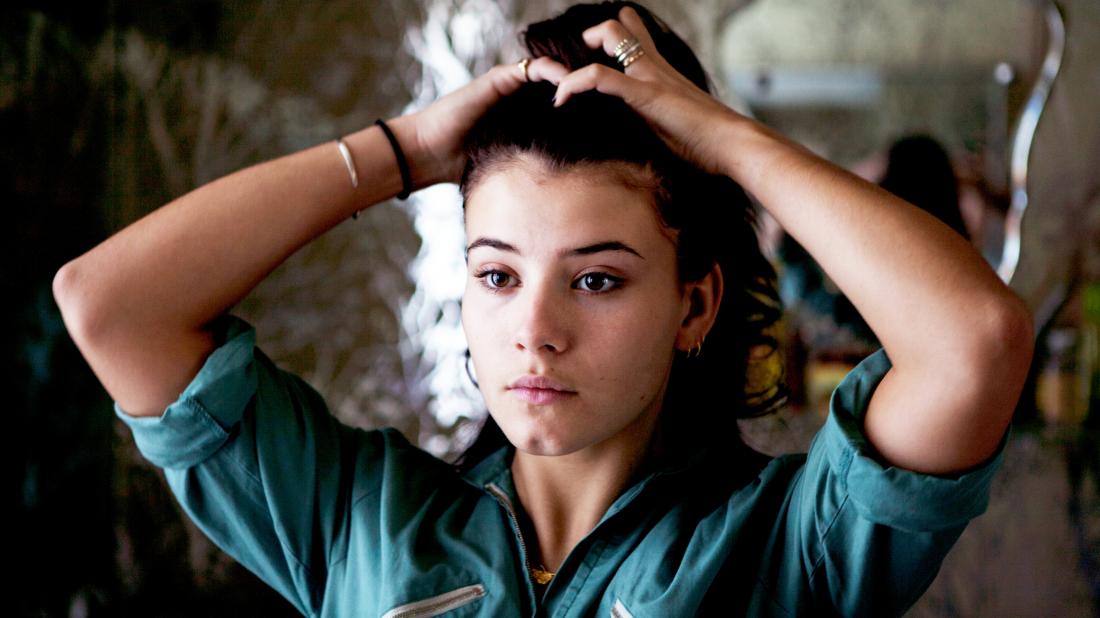 Low levels of serotonin and dopamine can cause sadness and anxiety.

Hormonal changes during the second half of the menstrual cycle, called the luteal phase, may cause a low mood and irritability in some people.

After ovulation, which occurs midcycle, the levels of the female sex hormones estrogen and progesterone begin to fall.

Rising and falling levels of these hormones can affect brain chemicals called neurotransmitters.

Examples of these neurotransmitters are serotonin and dopamine, which are both chemicals that influence mood, sleep, and motivation.

Low levels of serotonin and dopamine can cause:

All of these are common symptoms of PMS and PMDD.

When the levels of estrogen and progesterone begin to rise again a few days after the onset of a period, these symptoms often go away.

Despite the connection between neurotransmitters and sex hormones, it is still unclear why some people develop PMS or PMDD when others do not.

Research indicates that the levels of progesterone and estrogen are similar between people who develop a premenstrual disorder and those who do not.

Therefore, experts speculate that genetic differences may make some people more sensitive than others to changing hormone levels and the influence of these hormones on the brain.

PMS and PMDD are types of menstrual-related mood disorders. A period can also cause an existing mental health condition to worsen temporarily.

PMS causes both physical and emotional symptoms. These symptoms can begin at any stage between the end of ovulation and the beginning of the menstrual period.

Experts estimate that up to 75% of menstruating women experience some form of PMS.

The symptoms of PMS can vary greatly. Some people may have very mild symptoms, while those that others experience are debilitating.

PMDD is a more severe form of PMS. PMDD may affect 3–8% of people with menstrual cycles.

The symptoms are so severe that they affect the person's daily activities and, sometimes, their relationships with others.

Symptoms of PMDD include:

Suicidal ideation or attempts are a possible symptom of PMDD. According to the International Association for Premenstrual Disorders (IAPMD), an estimated 15% of women with PMDD will attempt suicide in their lifetime. Transgender people have an even higher risk.

PMDD also shares many symptoms with PMS, including:

Hormonal changes before a period can make the symptoms of an existing mental health condition worse. This effect is known as premenstrual exacerbation.

Common disorders that may co-occur with PMS include:

Research suggests that depression tends to be more prevalent among those with PMS than in those without this condition.

Individuals who experience depression during their period should speak to their doctor.

Various treatments are available for depression, PMS, and PMDD. The options range from home remedies to medication.

It can be useful to track symptoms before and during a menstrual period to help a doctor confirm a diagnosis and create a treatment plan.

People can keep a journal of their moods and their cycle, or they can use a period tracking app.

Learn about 10 of the best period tracking apps in this article.

Dietary and lifestyle changes may help in cases of mild PMS.

In more severe cases, or for PMDD, home remedies alone are unlikely to make a significant difference. However, they may help when individuals combine them with other treatments.

Supplements may also help. Research suggests that a calcium supplement may reduce PMS-related symptoms, including depression, fatigue, and appetite changes.

It is important to speak to a doctor before taking supplements to treat PMS or any other condition.

A doctor may suggest using hormonal birth control to manage PMS symptoms. Sometimes, they may prescribe an antidepressant. Finding the right treatment can require a trial-and-error approach.

People may take SSRIs throughout their menstrual cycle or during the luteal phase only. They may also be helpful for more severe cases of PMS.

Research indicates that 60–70% of women with PMDD respond to SSRIs. This rate of effectiveness is similar to that in those with major depression.

If SSRIs do not work, or if they cause undesirable side effects, a doctor may prescribe another type of antidepressant.

Individuals who experience depression regularly before or during their period may wish to speak to a doctor. Treatment is available for people with PMS, PMDD, or co-occurring mental health conditions.

If someone is at immediate risk of suicide or serious self-harm, seek emergency help by calling 911 or the local emergency number.

Anyone with suicidal thoughts can access help from the National Suicide Prevention Lifeline at 1-800-273-8255.

Experiencing low mood, anxiety, or irritability during a period is common. These symptoms should resolve a few days after the onset of the menstrual period. In mild cases, lifestyle and dietary changes may be beneficial.

If these mood changes occur regularly, persist all month, or have a significant effect on a person's life or relationships, they may require other treatment.

Many people can get relief from PMS or PMDD with appropriate treatment.

More support and information are available through the IAPMD. 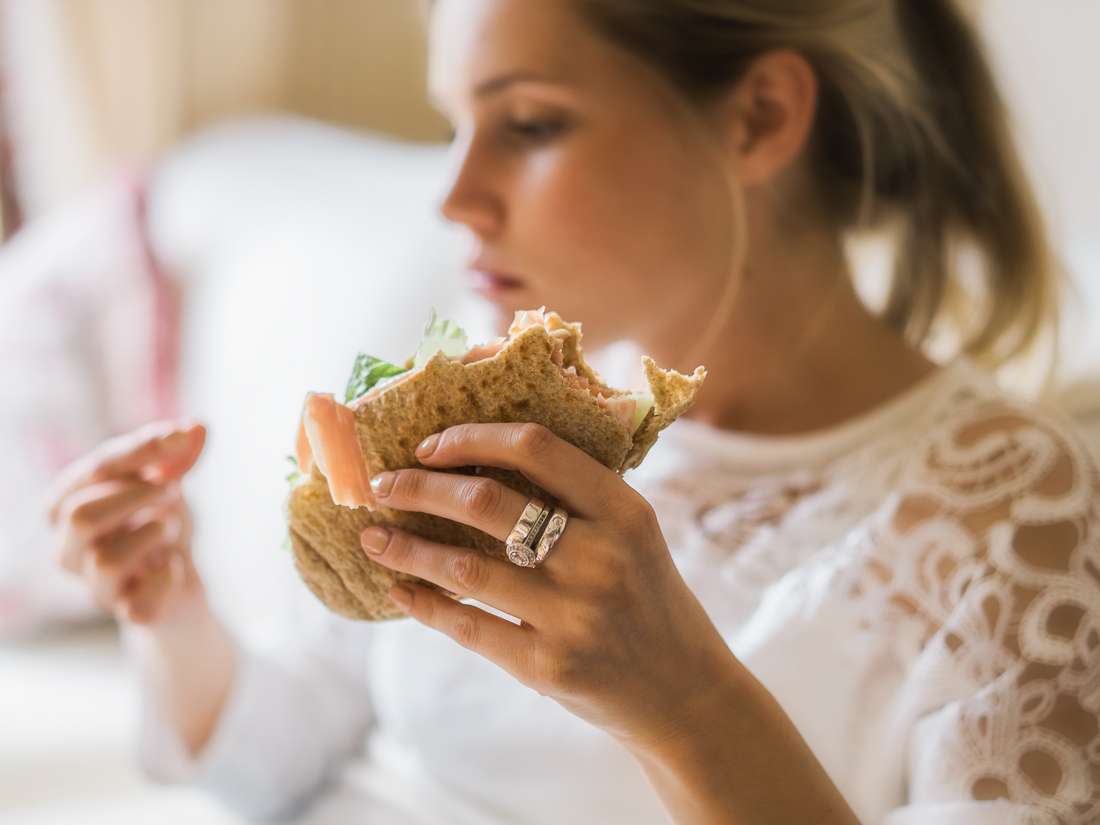 Is compulsive eating before a period normal? In the days before a period, it is common to eat compulsively. Some tips and strategies can help prevent these cravings. Learn more here. Read now 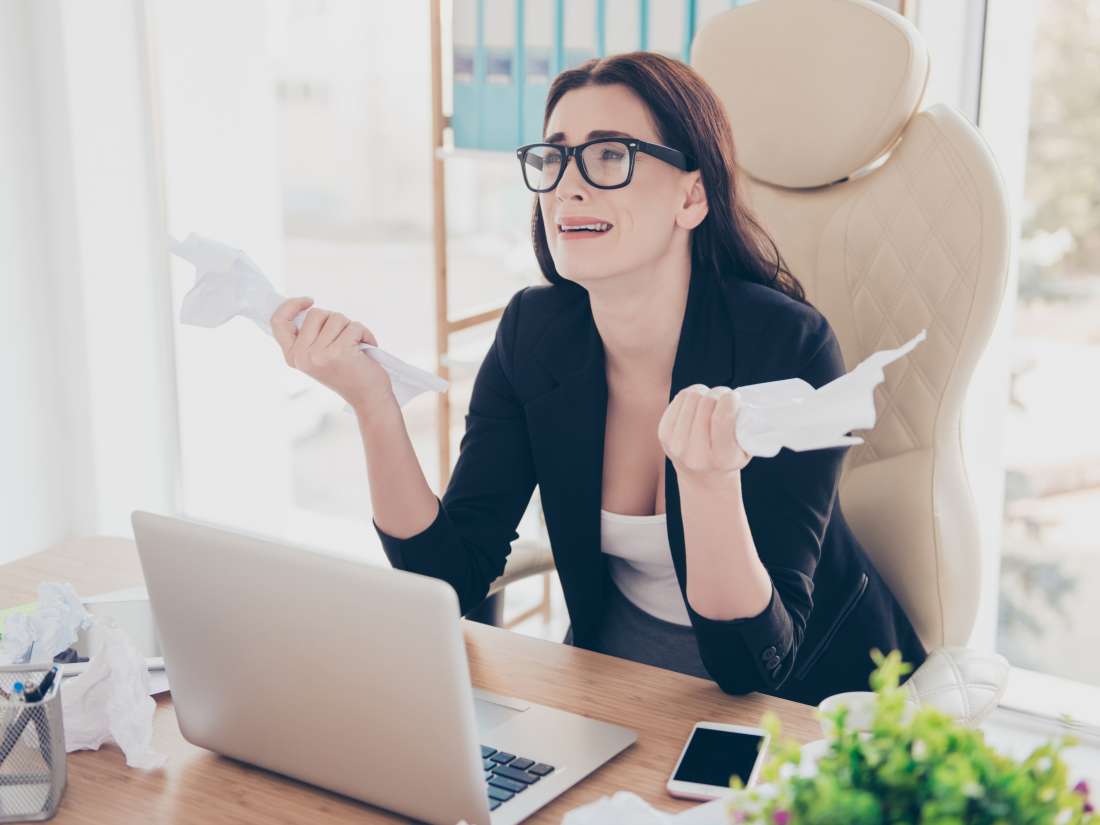 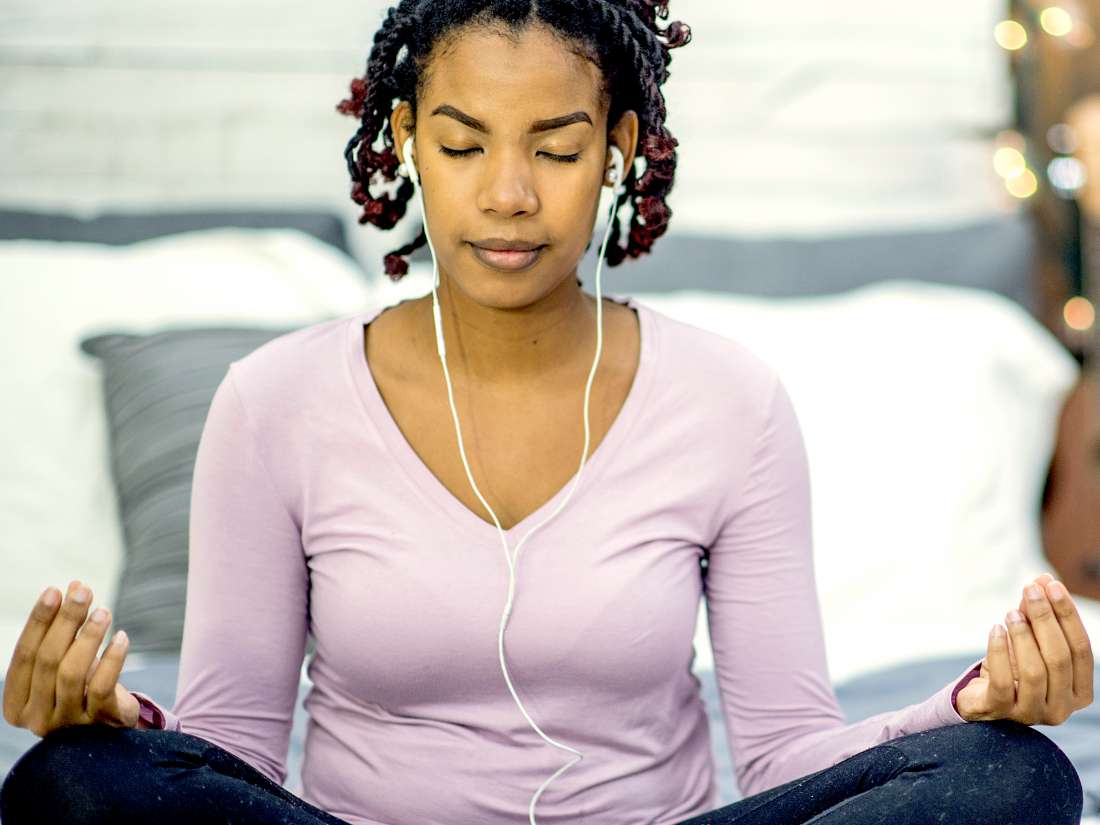 What can I take for PMDD? Premenstrual dysphoric disorder is an uncommon condition that affects people during their menstrual cycle and can cause symptoms such as irritability and anxiety. Natural treatments, including meditation and exercise, can help to alleviate symptoms of the disorder. Learn more about natural treatments here. Read now 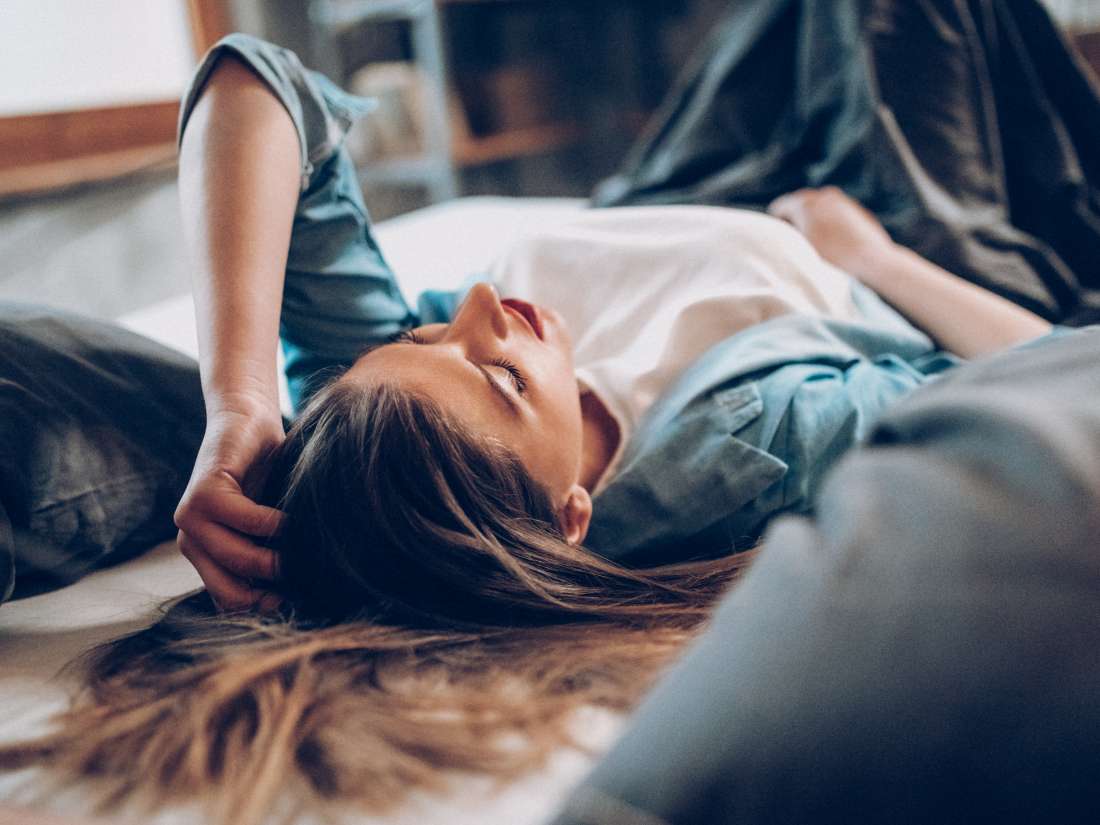 What to know about PMS and depression Premenstrual syndrome (PMS) can cause physical symptoms as well as emotional or mental issues, including some that are similar to the symptoms of depression. Learn more about these PMS symptoms here. Read now 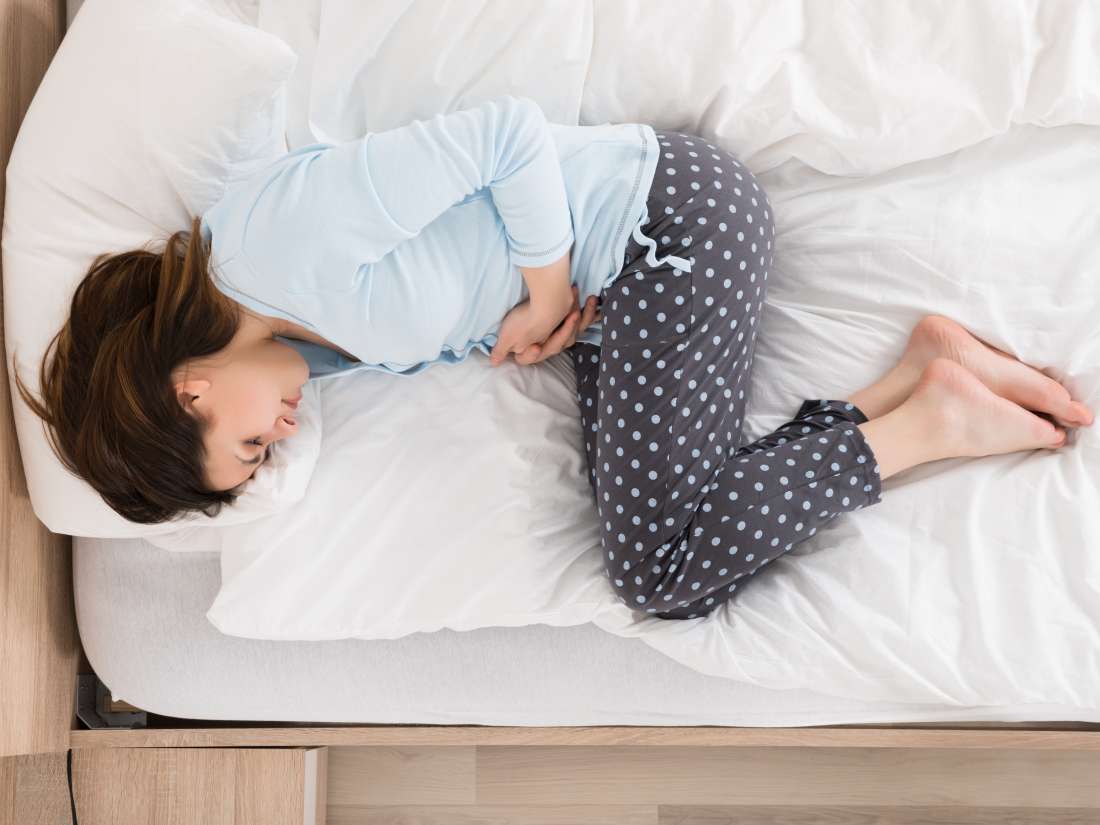 What causes nausea before a period? Feeling nauseated before a period is common, and is often linked to PMS. Find out more about causes, treatments, and when to see a doctor. Read now
email email
print
share share
Women's Health / Gynecology
Birth Control / Contraception Depression Mental Health