What to know about alcohol and depression

Several studies, including a 2013 study that used a nationally representative sample, have found that people who drink to manage a psychiatric condition are more likely to abuse alcohol.

In this article, learn more about the links between alcohol and depression, as well as when to see a doctor.

Alcohol and depression interact with one another in several harmful ways:

Alcohol may cause or worsen depression 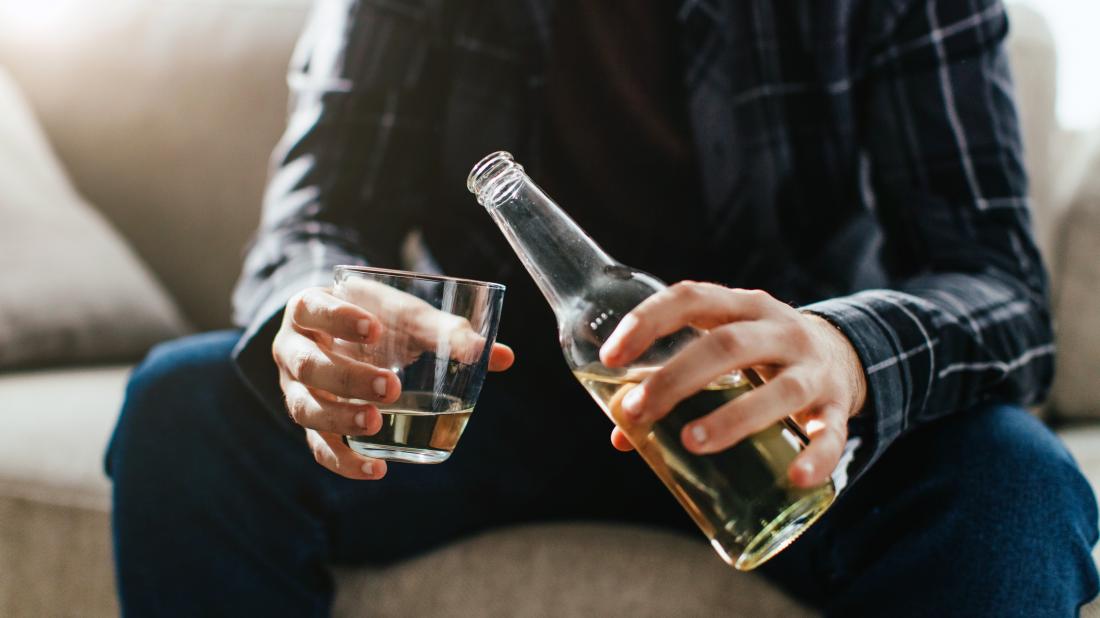 Alcohol may worsen the symptoms of depression.

Drinking too much alcohol is a risk factor for new and worsening depression.

A 2012 study found that 63.8% of people who are dependent on alcohol are also depressed. The study did not test whether alcohol use causes depression, however.

Research from 2011 found that having an alcohol use disorder significantly increased a person's risk of having depression.

Alcohol may even increase the risk of depression in babies exposed to alcohol in the womb. Children born with fetal alcohol spectrum disorders are more likely to develop depression later, according to an earlier study from 2010.

Alcohol is a depressant, which means that it slows activity in the central nervous system. This can temporarily make a person feel sleepy, tired, or sad.

Chronic alcohol use may change brain chemistry in a way that increases the risk of depression.

Alcohol can increase the risk of dangerous symptoms

Alcohol use in a person with depression may intensify the symptoms of depression and increase the risk of adverse and life-threatening outcomes.

A 2011 study of adolescents seeking treatment for mental health conditions such as depression found that at the 1-year follow-up, teens who drank alcohol were more likely to attempt suicide or engage in other forms of self-harm.

A 2011 analysis found a correlation between using alcohol before the age of 13 and later engaging in self-harm.

Research from 2013 also supports the link between alcohol use and self-harm. The study found that teenagers with depression who drank alcohol were significantly more likely to act on suicidal feelings.

Depression may increase alcohol use

Some people with depression drink alcohol to ease their symptoms. Over time, this can lead to alcohol dependence and abuse.

People who drink to cope with psychological distress may drink more over time, especially when they wake up feeling anxious or depressed. Chronic drinking significantly increases the risk of alcohol abuse.

For many people, feeling sad or unhappy is a prominent symptom of depression. Depression is more than just sadness, however. It can affect many aspects of a person's life and can even be debilitating. Depression is the leading worldwide cause of disability.

Symptoms of depression include:

Symptoms of alcohol use disorder

The Centers for Disease Control and Prevention (CDC) report that excessive drinking claims 88,000 lives per year. The CDC defines excessive alcohol use as:

Other signs that a person may have an alcohol use disorder include:

Both substances may make a person feel less alert, so they may be dangerous if a person takes them together. This is especially true for those who use other medications or have a chronic medical condition.

Some doctors advise drinking in moderation if a person must drink, which means no more than one drink per day for females or two drinks per day for males. According to the CDC, a single drink means:

The specific effects of alcohol on antidepressants depend on the antidepressant a person takes. It is vital to discuss the risks and possible interactions of every medication with a doctor.

A person should also monitor their reaction to alcohol when using antidepressants. Some people who take selective serotonin reuptake inhibitors (SSRIs) may become severely intoxicated when they use antidepressants.

People using other drugs or who use nontraditional antidepressants should be especially mindful of drinking.

Benzodiazepines, a class of anti-anxiety drugs that some people with depression may use, may help with alcohol withdrawal. When combined with alcohol, however, they can cause life-threatening intoxication.

Both depression and alcohol use disorder are treatable medical conditions. Some people may feel unsure about seeing a doctor, but the right treatment can ease symptoms and help a person live a better, happier life.

Anyone who suspects they have depression or who would like to reduce their alcohol intake but are having trouble should see a doctor.

Go to the emergency room for signs of alcohol overdose, such as loss of consciousness, serious confusion, or problems breathing.

People undergoing treatment should tell their doctor if:

A combination of alcohol use and depression can create difficulties in treatment. A person who uses alcohol and who has depression may not be able to tell which symptoms are due to which issue until they seek treatment.

While quitting alcohol is crucial for people with alcohol use disorder and depression, avoiding alcohol will not cure depression. People may wish to seek quality psychological care from a doctor, therapist, or both. 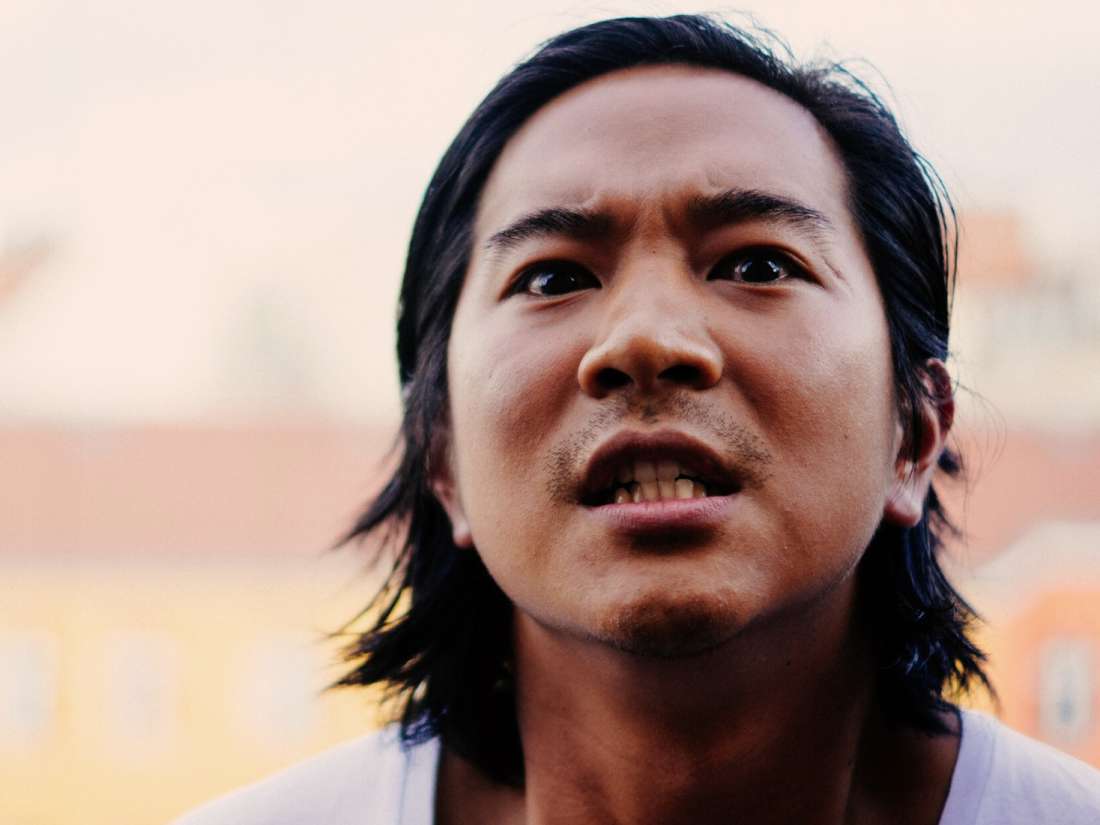 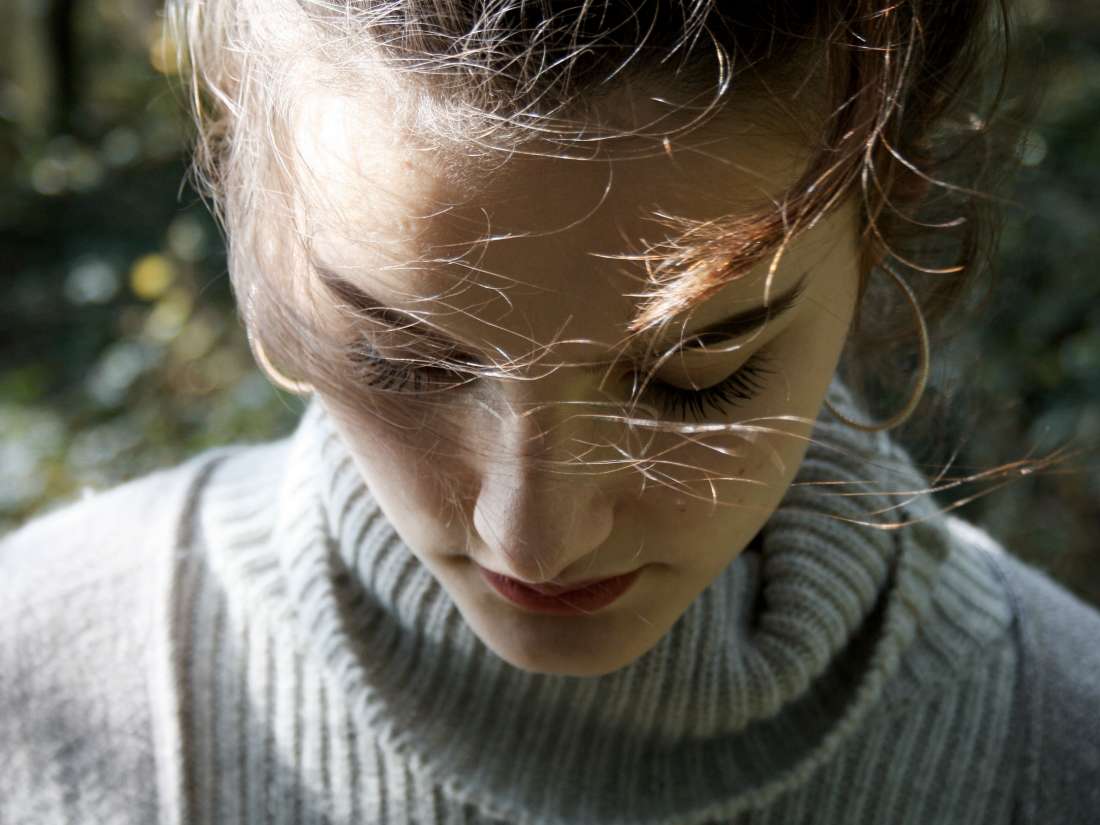 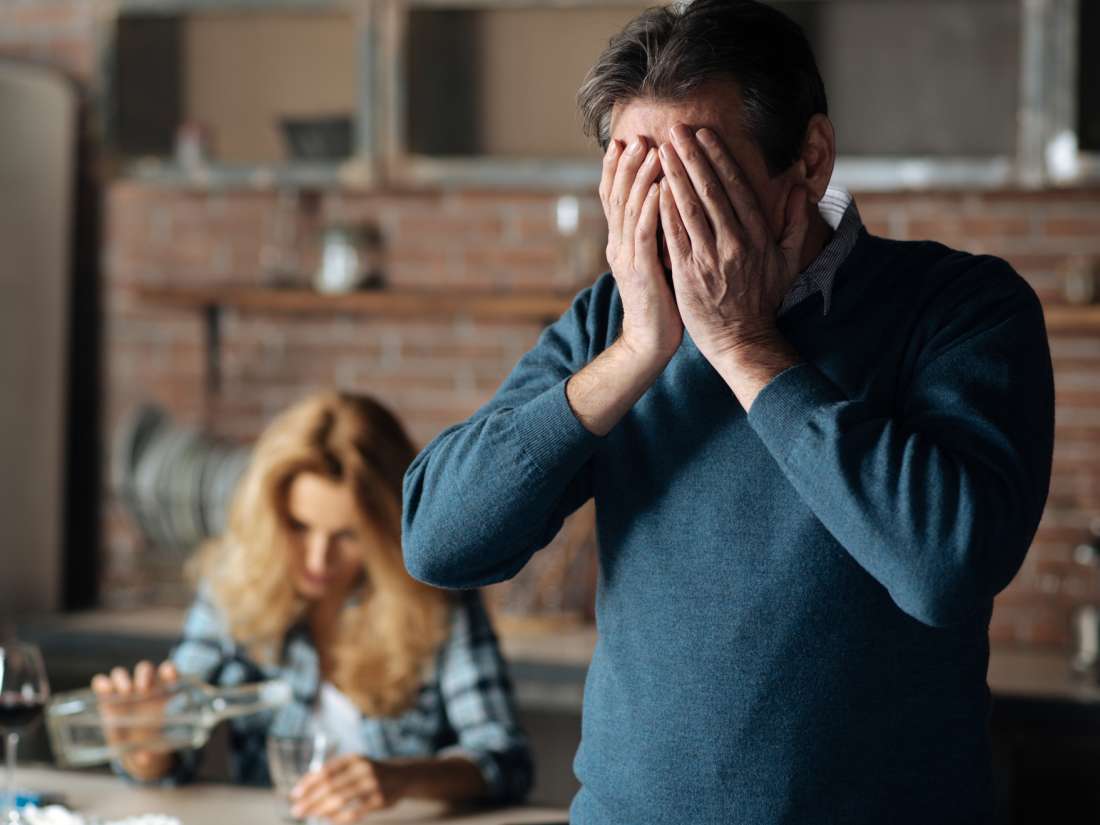 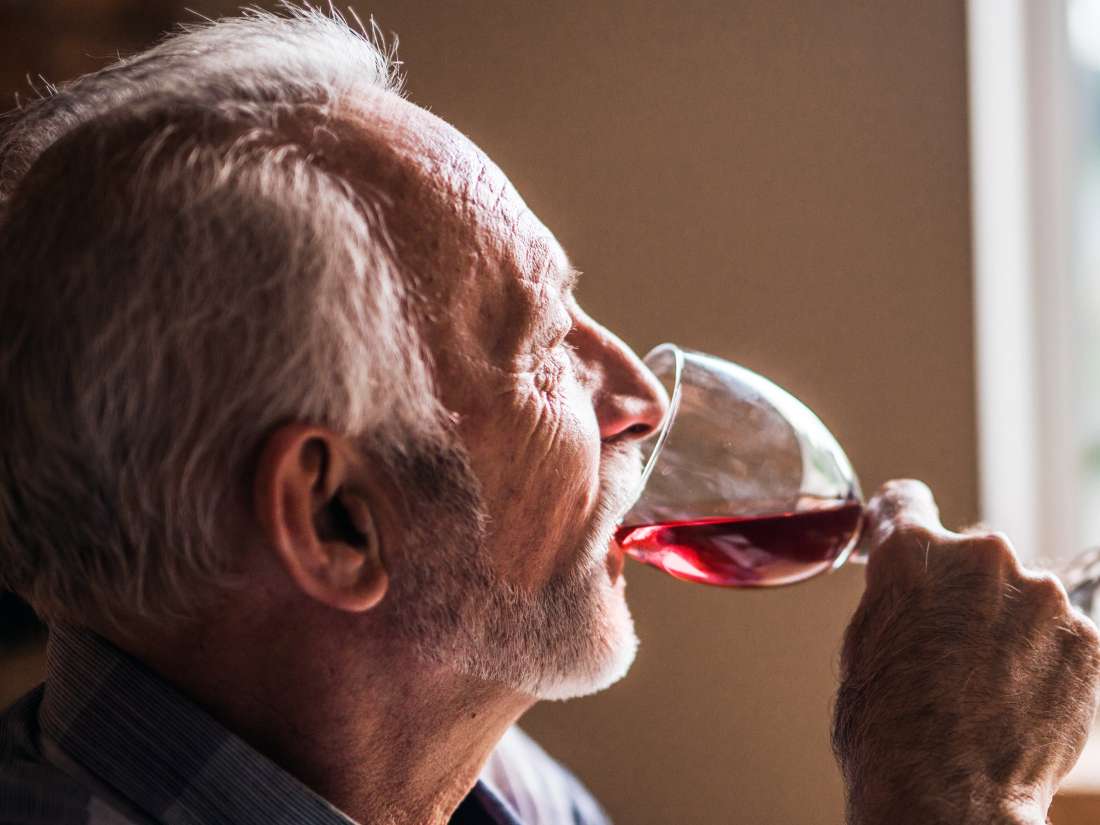 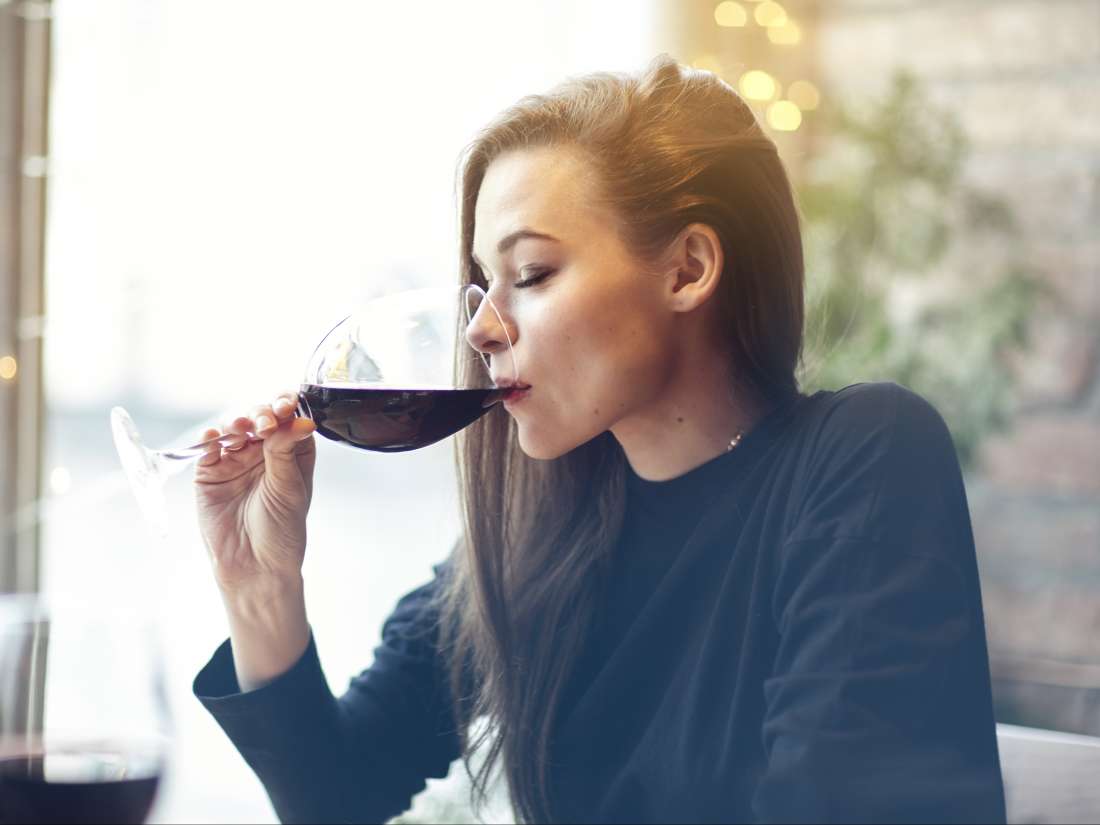 Is it safe to take Humira and alcohol together? Humira is a biologic medication that treats inflammatory conditions. In this article, we look at the safety and risks associated with taking Humira and drinking alcohol. We also discuss other Humira side effects and interactions. Read now
email email
print
share share
Depression
Alcohol / Addiction / Illegal Drugs Headache / Migraine Mental Health

Bossarte, R. M., & Swahn, M. H. (2011). The associations between early alcohol use and suicide attempts among adolescents with a history of major depression [Abstract]. https://www.sciencedirect.com/science/article/abs/pii/S0306460311000050

Can I drink alcohol while taking antidepressants? (n.d.). https://www.nami.org/FAQ/Mental-Health-Medication-FAQ/Can-I-drink-alcohol-while-taking-antidepressants

Crum, R. M., et al. (2013). A prospective assessment of reports of drinking to self-medicate mood symptoms with the incidence and persistence of alcohol dependence. https://jamanetwork.com/journals/jamapsychiatry/article-abstract/1684867

Herxheimer, A., & Menkes, D. B. (2011). Drinking alcohol during antidepressant treatment—a cause for concern? https://www.pharmaceutical-journal.com/news-and-analysis/drinking-alcohol-during-antidepressant-treatment-a-cause-for-concern/11091677.article?firstPass=false

What is excessive alcohol use? (n.d.). https://www.cdc.gov/alcohol/pdfs/excessive_alcohol_use.pdf