Influenza A vs. B: What to know

Influenza, also known as the flu, is a viral respiratory illness that is most prevalent during fall and winter months. These viruses can spread when a person with the infection sneezes or coughs and droplets travel to another person's nose or mouth.

The flu is different from the common cold. It can cause severe illness and worsen some chronic medical conditions, such as asthma, heart disease, and diabetes. In some cases, it can lead to death.

Read this article to learn more about the types of flu and their symptoms and treatments. 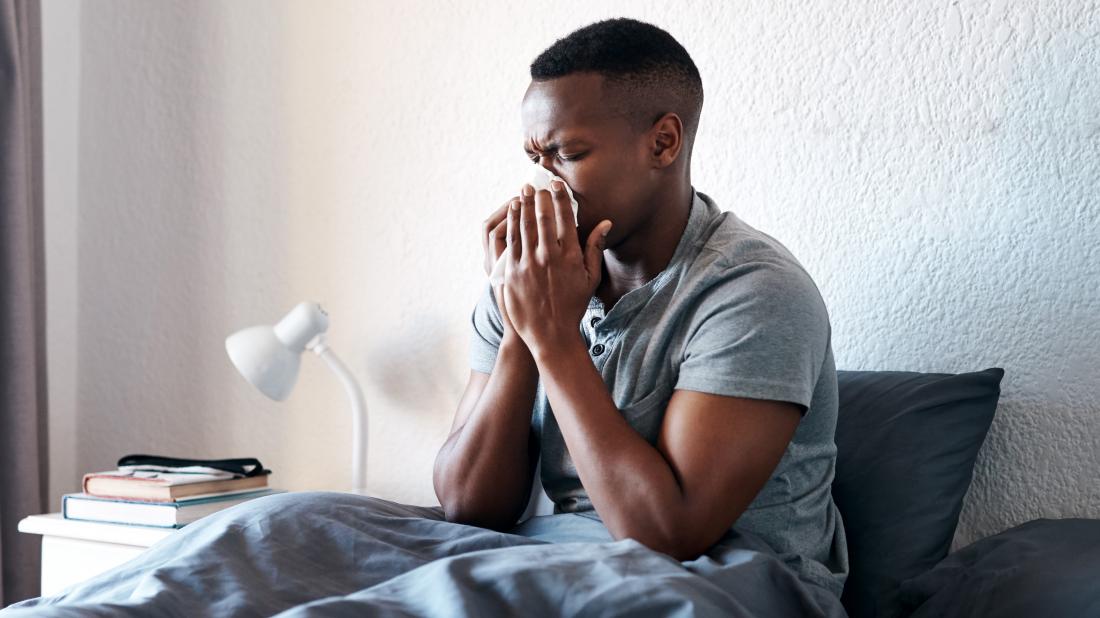 Nasal congestion, fatigue, and a cough are all common symptoms of flu.

There are four types of influenza virus.

Influenza A viruses cause seasonal flu epidemics practically every year in the United States. They can infect humans and animals.

Influenza A is the only type that can cause a pandemic, which is a global spread of disease. Bird flu and swine flu pandemics both resulted from influenza A viruses.

An influenza A virus has two surface proteins: hemagglutinin and neuraminidase. These help doctors with classification.

Influenza B viruses can also cause seasonal epidemics that typically only affect humans. There are two lineages of influenza B: Victoria and Yamagata.

Influenza B viruses mutate more slowly than influenza A viruses.

Influenza C viruses cause mild illnesses — they do not appear to cause epidemics.

Influenza D viruses mainly affect cattle and do not seem to infect humans.

Flu symptoms can range from mild to severe, and they vary from person to person.

Common symptoms of the flu include:

Some people experience severe symptoms, which can include:

A person who experiences any severe symptom should receive medical attention.

Comparison between influenza A and B

Influenza A and B differ in terms of how common they are.

Both influenza A and B are highly contagious.

When a person with the flu coughs or sneezes, droplets can enter another person's nose or mouth, transmitting the illness.

According to the Centers for Disease Control and Prevention (CDC), flu viruses can infect others from up to 6 feet away.

Alternately, a person can catch the flu if they touch a surface contaminated with the flu virus, then touch their own mouth or nose.

The CDC report that people with the flu are the most contagious in the 3–4 days after becoming ill. Symptoms tend to develop 2 days after the illness starts, so a person may pass on the flu before they feel sick.

For a person who is generally healthy, the flu is not typically dangerous. However, it can severely affect certain groups of people, who should seek medical attention as soon as they suspect that they have flu symptoms.

Those most at risk of developing flu complications include:

Many people believe that influenza A is more severe than influenza B. However, this is not always the case.

A 2014 study concluded that adults hospitalized with influenza A or B tended to have similarly long hospital stays. They also had similar rates of intensive care unit admission and death during hospitalization.

A 2016 study found that the influenza B virus was more likely to cause death in hospitalized children aged 16 or younger.

The researchers also concluded that children aged 10–16 years with this type of virus were more likely to be admitted to intensive care units, compared with those who had influenza A.

Many people find that home remedies can help ease flu symptoms, but prescription antiviral medication may be a good idea for people with a high risk of complications or severe symptoms.

To reduce flu symptoms at home:

Antiviral medications are available by prescription only. They can shorten the duration of symptoms or prevent complications, such as pneumonia.

Antiviral medications work best when a person takes them within 1–2 days of symptoms starting.

There are a few different types of antivirals for the flu, including:

These can come in pill, liquid, inhalable powder, or intravenous forms.

The following can help prevent a person from catching or spreading the flu:

The best method of prevention is to receive a flu vaccination every year. The flu vaccine can come as an injection or a nasal spray.

According to a 2017 study, the vaccine may reduce the risk of in-hospital deaths from the flu, prevent associated intensive care unit hospitalization, and reduce the duration of related hospital stays.

There are four types of influenza virus, and influenza A and B are the most common.

While many people recover from the flu with home remedies, influenza A and B can each cause serious illness and death in people with a high risk of complications.

There is no cure for the flu, but rest and drinking fluids can help ease symptoms. Antiviral medications may also help shorten the duration of the illness.

People who experience severe flu symptoms or any complications should receive medical attention. 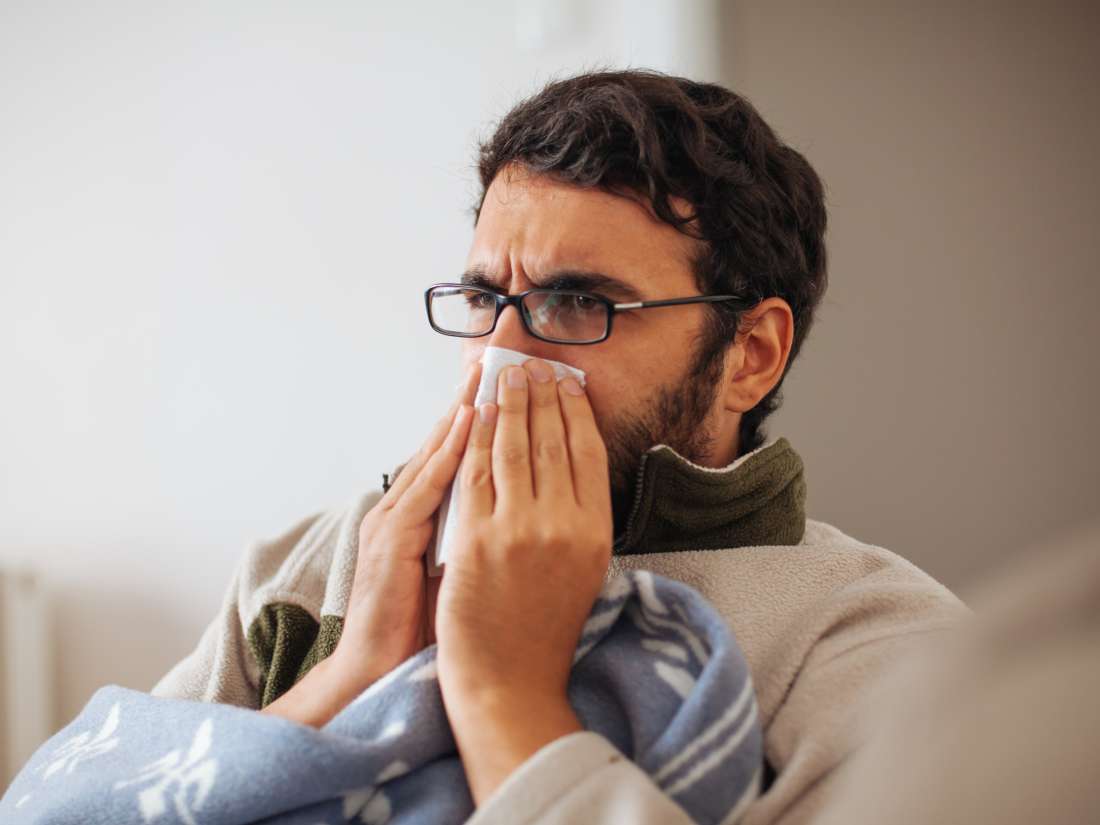 How long is a cold or flu contagious? The flu and common cold are both common, contagious illnesses. How long is a risk of spreading them present? Read on to find out for how long you need to take precautions against spreading or contracting the viruses. Read on to learn about treatments and why cold and flu are so hard to treat. Read now 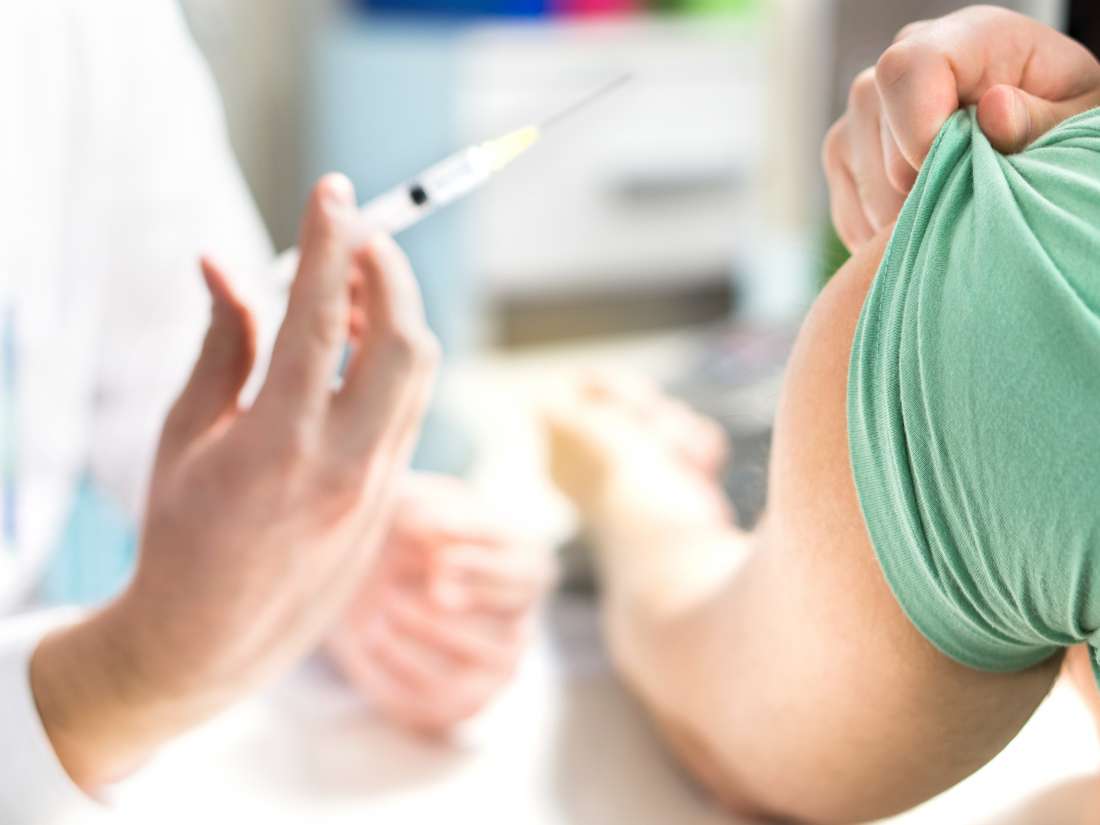 How to reduce the risk of getting sick It is not always possible to avoid getting sick. However, a person can take some steps to reduce the chances of catching a cold or the flu. Learn about eight evidence-based strategies here. Read now 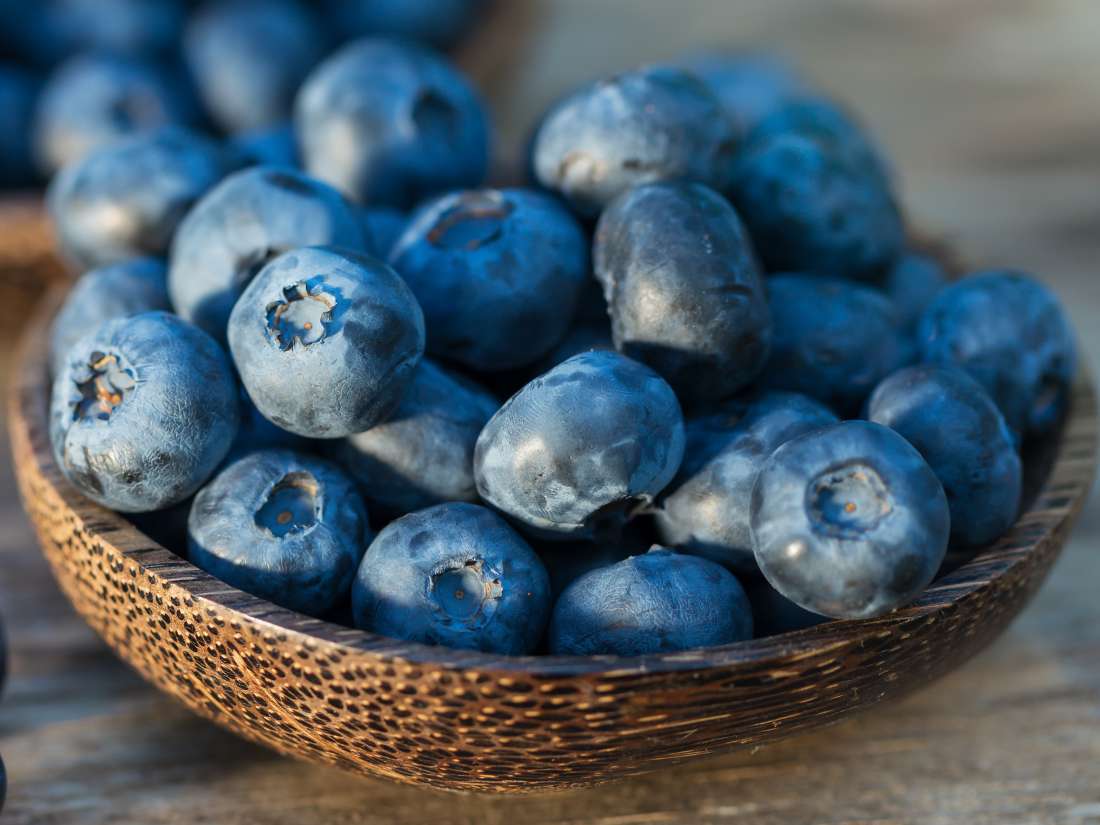 The best foods for boosting your immune system A strong immune system helps a person stay healthy by fighting off bacteria and viruses. In this article, we look at foods that can help to boost the immune system, including turmeric, ginger, garlic, kefir, green tea, and blueberries. We also cover the scientific reasons why these foods promote immune system health. Read now 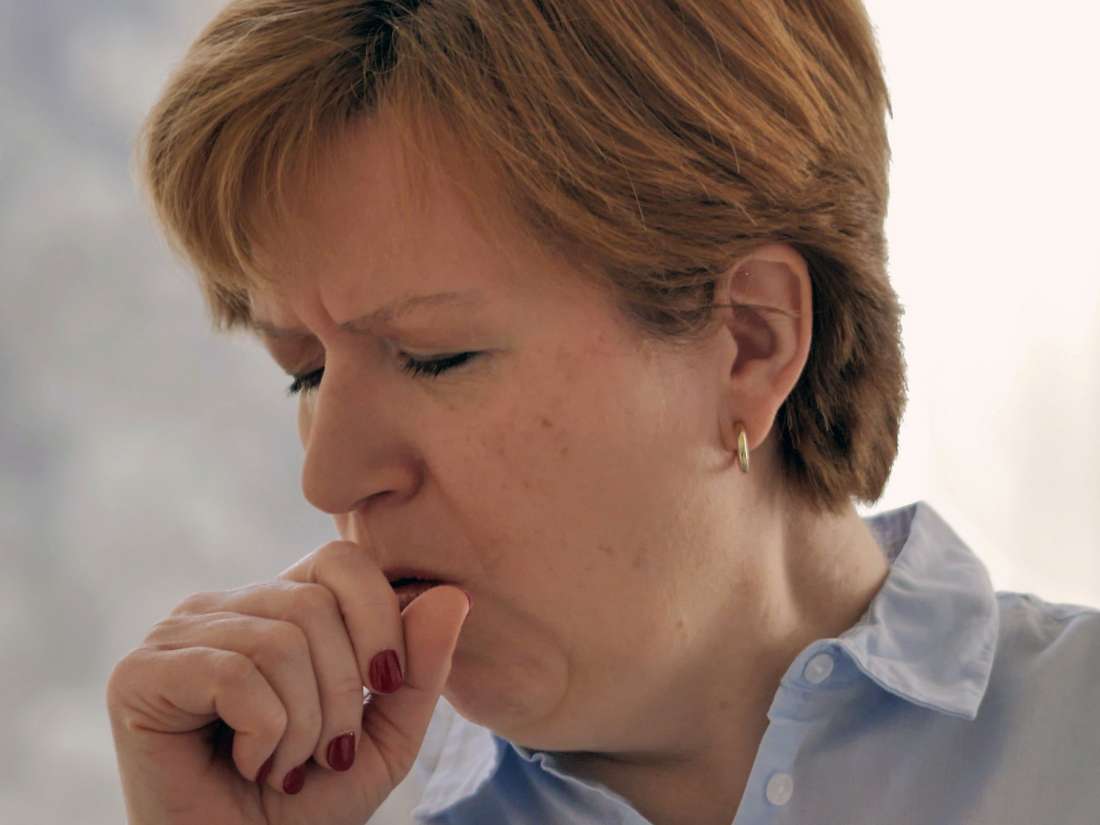 What to know about influenza A Influenza A is a common type of the flu virus. Here, we discuss its symptoms and how to treat and prevent this highly contagious virus. Read now 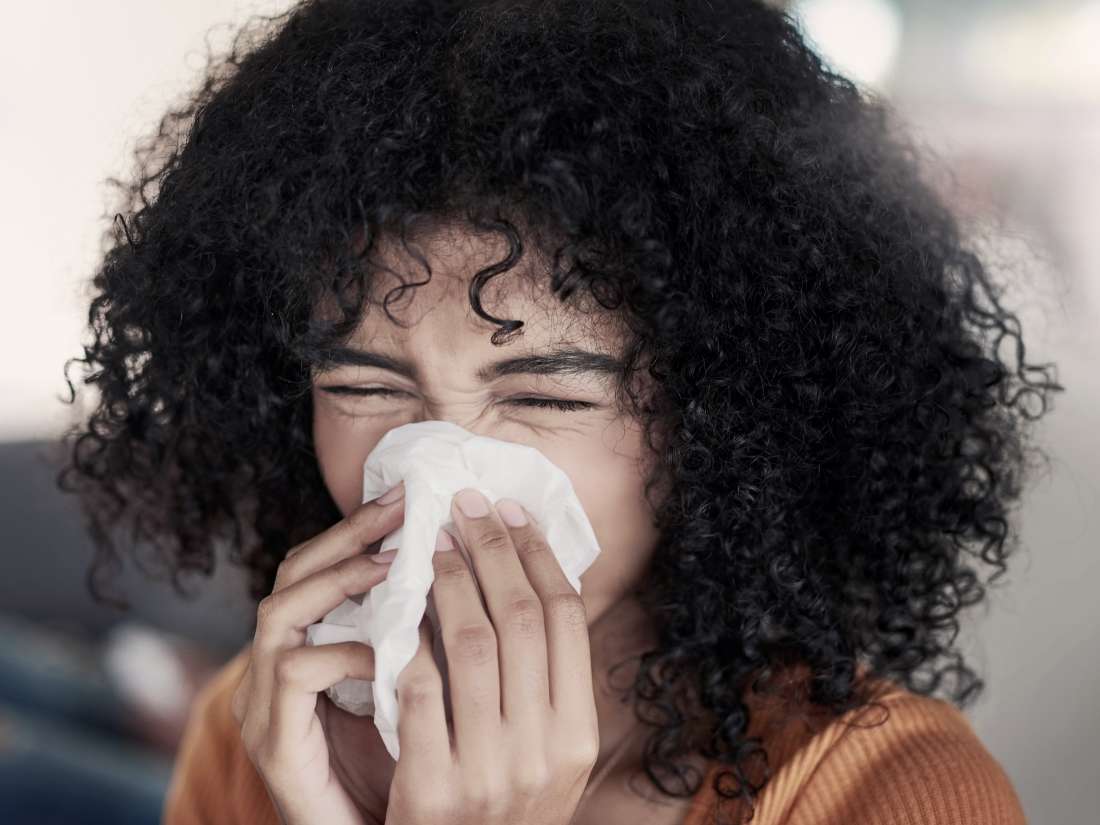 What is influenza B and what does it do? Influenza B is one type of influenza virus that can cause the flu. It typically causes milder flu symptoms than influenza A and affects children more often than adults. Learn more here. Read now
email email
print
share share
Flu / Cold / SARS
Infectious Diseases / Bacteria / Viruses

What you should know about flu antiviral drugs. (2019). https://www.cdc.gov/flu/treatment/whatyoushould.htm