Flu during pregnancy: What to know

Women who are pregnant or may become pregnant during flu season should get their flu shot.

The flu shot may prevent a pregnant women from getting the flu and reduce the risk of hospitalization. Keep reading for more information on being safe while pregnant during the flu season and when to seek help.

Is the flu harmful during pregnancy? 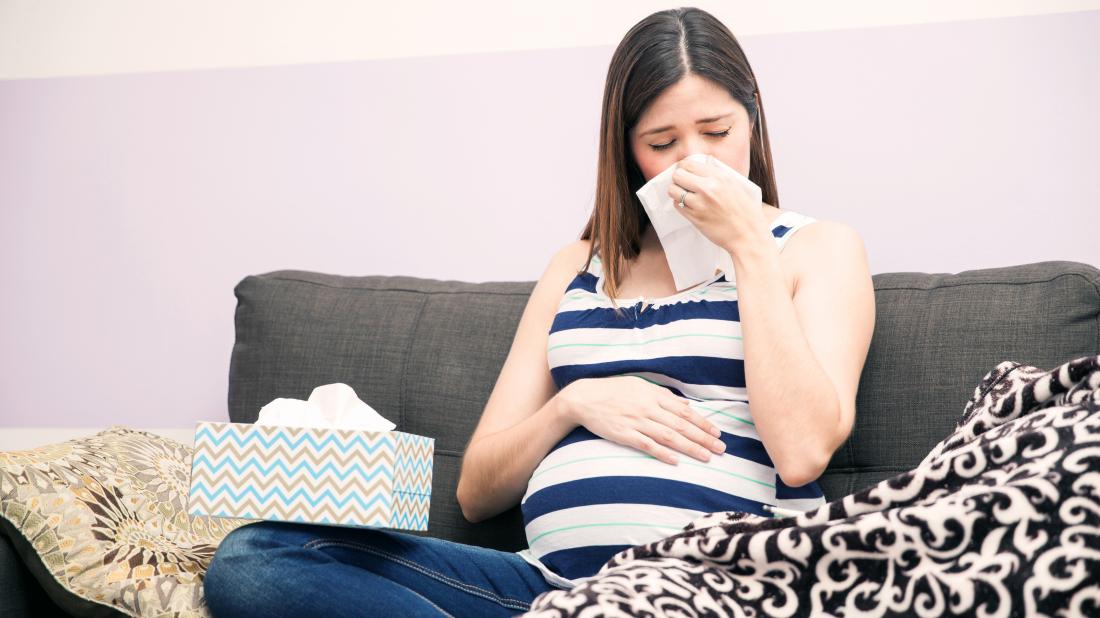 A runny nose, sore throat, and cough are common symptoms of the flu.

According to the Center for Disease Control and Prevention (CDC), pregnant women are more likely to experience severe symptoms and complications from the flu because their lungs, heart, and immune system change during pregnancy.

Some pregnant women who get the flu may also develop bronchitis, which may turn into pneumonia.

However, there are more serious complications associated with the flu during pregnancy although these are rare:

Avoiding the flu could increase the chances of completing a healthy pregnancy. According to a 2016 study, having the flu shot during pregnancy reduced the risk of stillbirth by 51% compared with those who did not get vaccinated.

The flu during pregnancy can cause harm to the fetus. The baby may be born prematurely or have a low birth weight.

Is it safe to get a flu shot when pregnant?

According to the CDC, the flu shot has a long safety record indicating that it is safe to give to those who are pregnant.

However, pregnant women should not use the live attenuated influenza vaccine (LAIV), which comes in the form of a nasal spray. This is because it contains live microorganisms of the virus, which can cross the placenta and lead to a viral infection in the fetus.

However, the CDC note that the potential damage to the fetus is "theoretical," but healthcare providers do not administer the LAIV vaccine as a precaution.

A flu shot may help decrease the chances of a person contracting the flu. It may also help reduce the need to go to the hospital due to potential complications.

According to a 2018 study, a pregnant woman who gets the flu shot is 40% less likely to be hospitalized if they catch the flu.

The effects of the flu shot can also pass on to the baby once born, giving the baby a few months of added protection from the flu.

If a pregnant woman has pre-existing medical conditions, they do not need to get written consent of permission from a doctor to obtain the flu shot.

Learn more about the safety of the flu shot here.

The flu has several identified symptoms that are the same for nearly everyone, which include:

Antiviral medications can help relieve symptoms of flu in pregnant women, as well as reduce the potential for complications.

They work best when a person takes them within 48 hours after symptoms appear.

Pregnant women should avoid taking medicines such as ibuprofen and acetaminophen and should talk to their healthcare provider before taking any over-the-counter (OTC) or prescription medications.

However, if it is absolutely necessary, pregnant women may take acetaminophen in the smallest effective amounts for the shortest possible time.

A pregnant woman should see a doctor as soon as possible if they think they have caught the flu.

In most cases, a healthcare provider will start the woman on an antiviral medication as soon as possible.

When to seek emergency help

A woman should seek emergency medical attention if they are pregnant and experience any of the following symptoms:

If a pregnant woman is worried at any time, they should contact their healthcare provider.

The most effective prevention method is getting the flu shot. A woman should talk to their doctor about getting a flu shot as soon as it is available for the season.

However, there are several steps that a woman can take to help prevent contracting the flu, which includes:

The flu can be much more severe during pregnancy.

The best option is to get the flu shot. A flu shot will not affect the health of the mother or fetus.

If the woman gets the flu, they should visit their doctor as soon as possible. A doctor might prescribe antiviral medications. Otherwise, a person should rest and consume plenty of fluids. 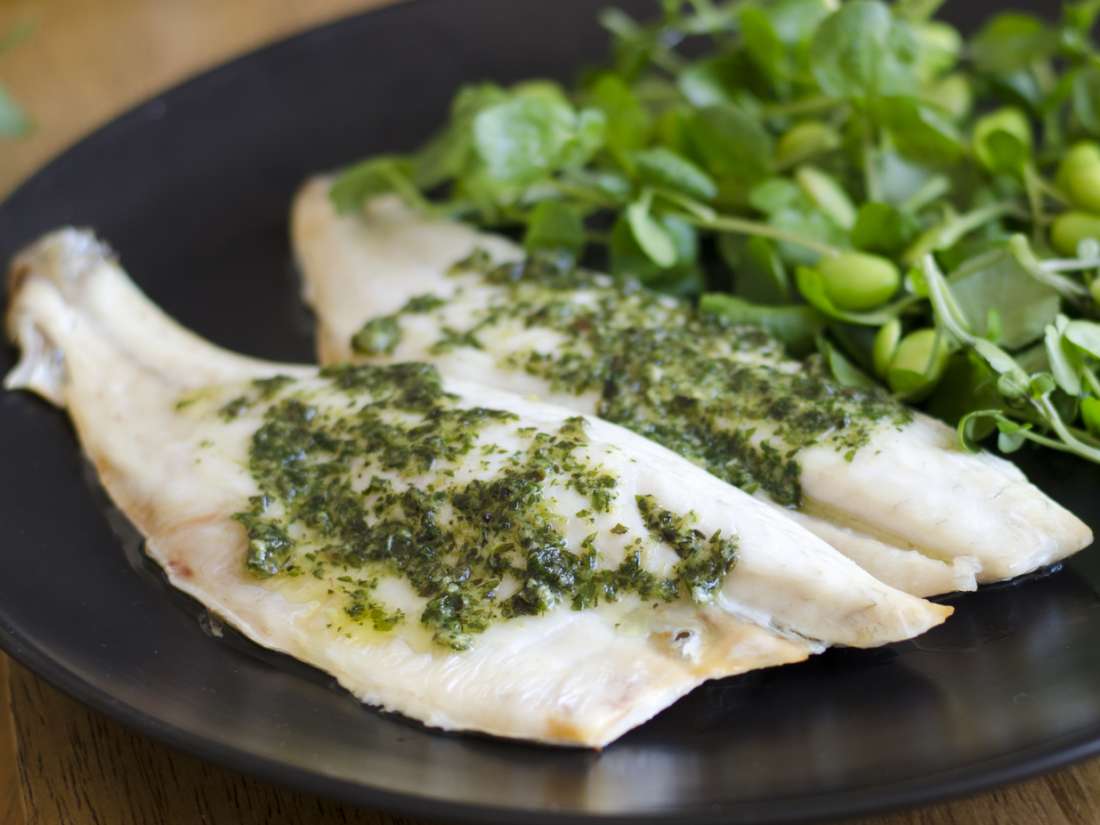 What foods are off limits while pregnant? Foods to avoid during pregnancy include raw shellfish and soft cheeses. In some cases, women may be able to consume problem foods or beverages in moderation. Learn more here. Read now 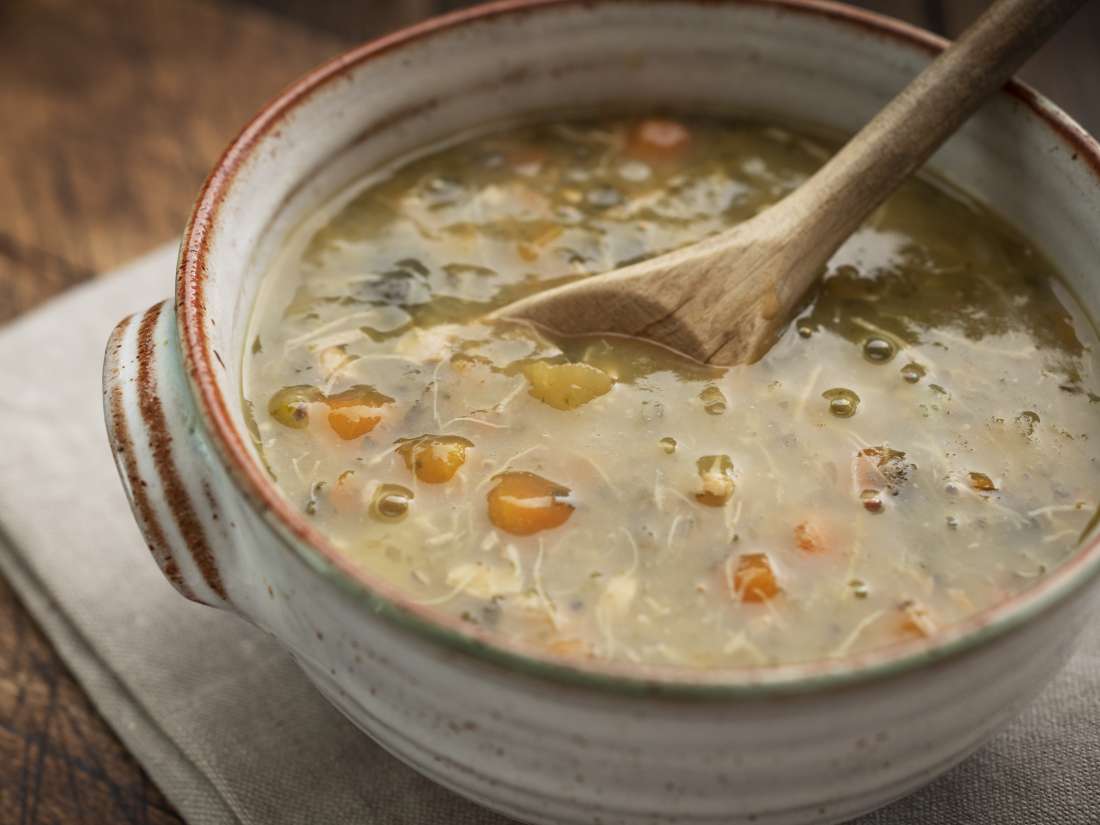 Foods to eat and avoid with the flu Certain foods may help fight flu symptoms and support recovery. We explore foods a person should avoid and foods that may help when the flu strikes. Read now 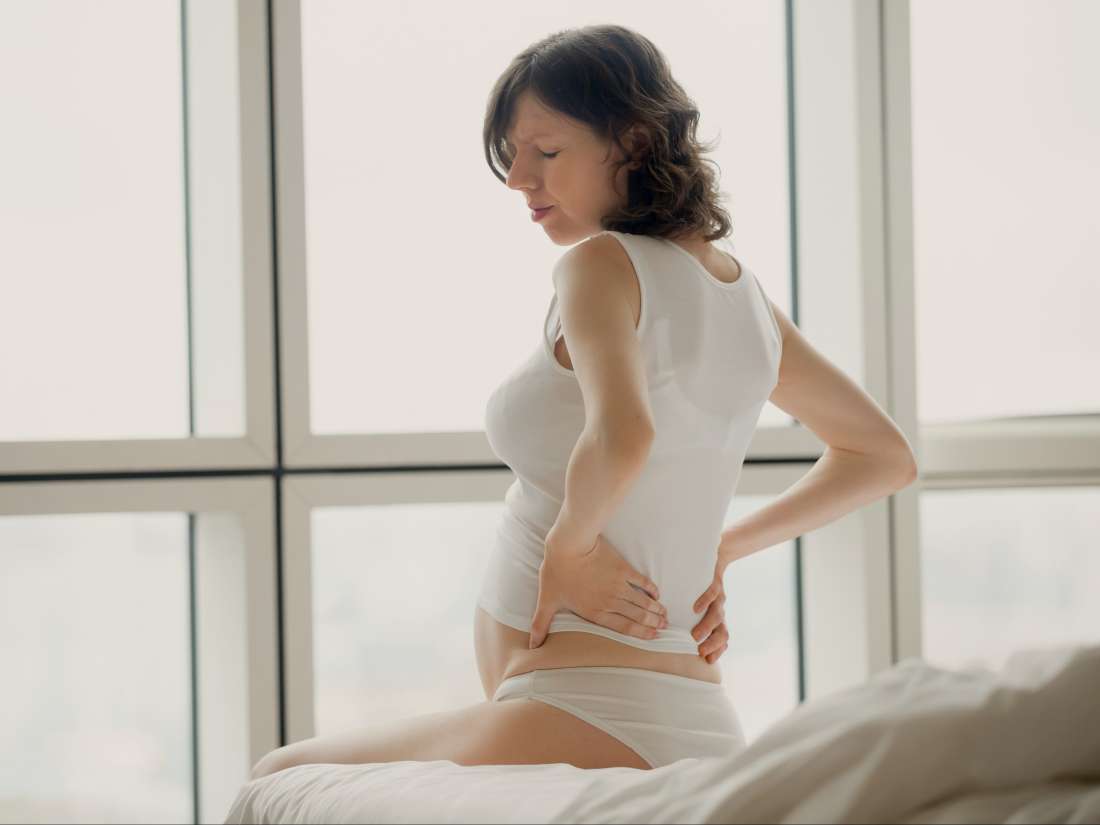 Constipation and pregnancy: What to know Constipation is a very common symptom in both early and late pregnancy. In this article, we discuss safe treatments and home remedies to relieve constipation during pregnancy. We also explain when to see a doctor. Read now 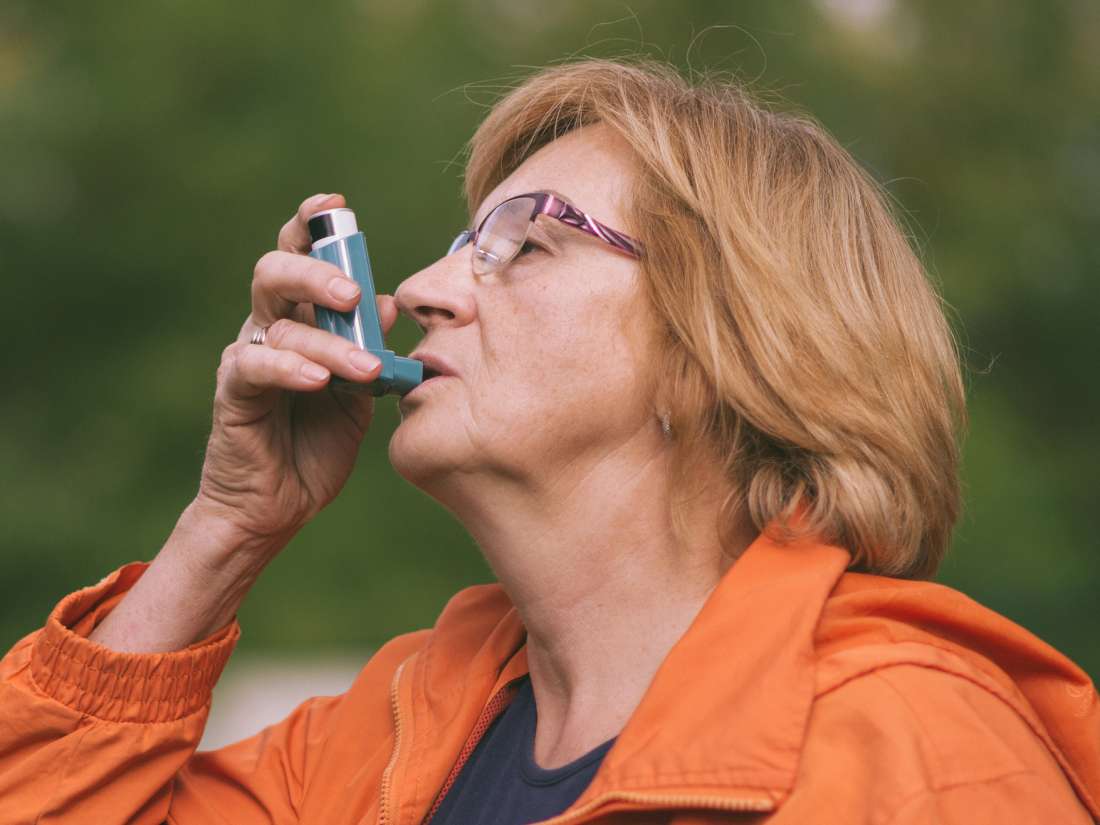 Breathing treatments: Everything you need to know Many different types of breathing treatment are available, including bronchodilators, corticosteroids, and antimicrobial drugs. Learn more about these and other treatments here. Read now 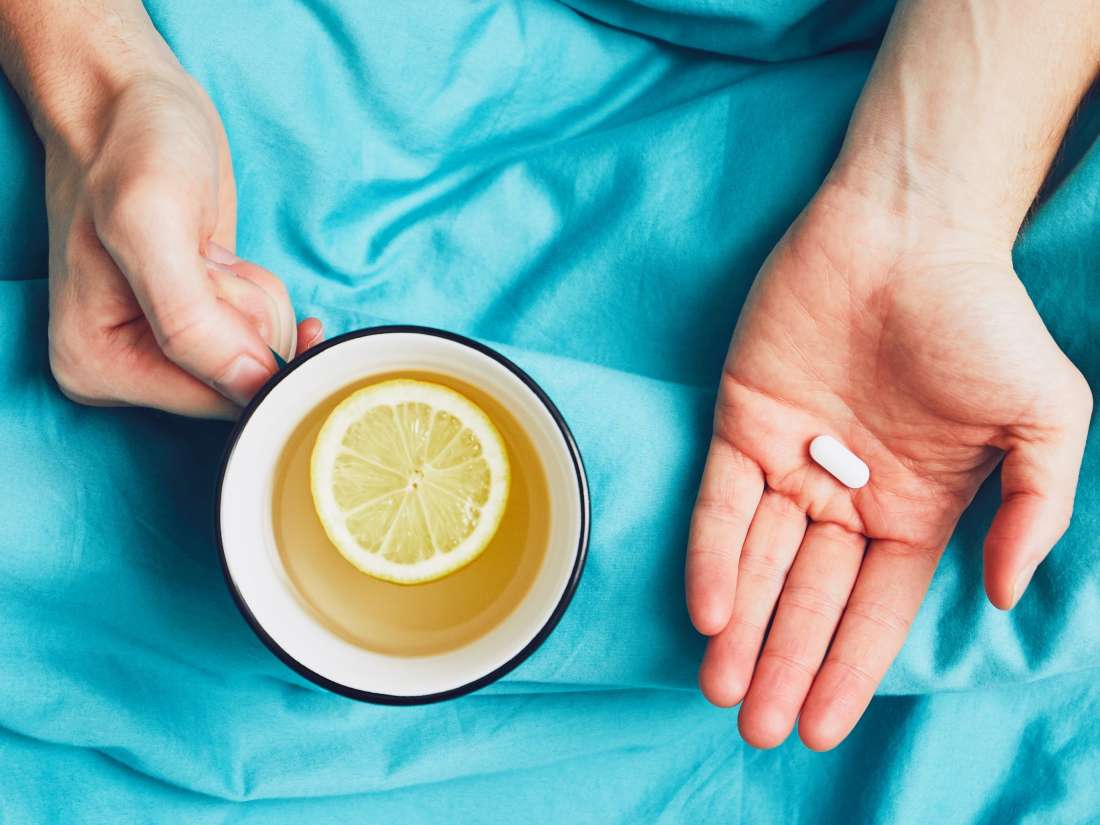 How to treat a cold or flu at home Most people can treat colds and the flu with rest and home remedies, such as garlic, honey, and zinc. Learn more about home remedies for colds and the flu here. Read now
email email
print
share share
Pregnancy / Obstetrics
Flu / Cold / SARS Immune System / Vaccines Women's Health / Gynecology

Cold and flu during pregnancy. (2018). https://www.pregnancybirthbaby.org.au/cold-and-flu-during-pregnancy

Why are pregnant women at higher risk of flu complications. (2017). https://www.nhs.uk/common-health-questions/pregnancy/why-are-pregnant-women-at-higher-risk-of-flu-complications/