E-cigarettes: How high is the risk of chronic lung disease?

Researchers confirm the link between the use of e-cigarettes and an increase in lung disease risk.

E-cigarettes entered the market as an allegedly safe alternative to regular tobacco cigarettes, which researchers have shown to increase a person's risk of cancer and various chronic lung conditions.

However, more and more evidence is stacking up against the perceived safety of these now popular devices.

In the past year, Medical News Today have reported on research suggesting that e-cigarette use has links to poor heart health, harm to the lungs, and even a higher risk of depression.

And recently, some specialists have urged policymakers to take more restrictive measures when it comes to regulating e-cigarettes to safeguard public health more closely.

Now, the first longitudinal study of its kind — conducted in a large sample cohort that is representative of the population of the United States — confirms that there is a significant link between e-cigarette use and an increased risk of developing chronic lung disease.

Its authors, who have affiliations with the University of California in San Francisco, reveal their findings in a study paper featured in the American Journal of Preventive Medicine.

Lung disease risk increases by about a third

For this study, the researchers analyzed the data of more than 32,000 U.S. adults, as collected via the Population Assessment of Tobacco and Health (PATH) study. The team had access to information on the participants' use of e-cigarettes, as well as tobacco between 2013–2016.

Since none of these participants had lung disease at baseline, the investigators also looked at medical records, taking note of any new lung disease diagnoses that occurred during the study period.

The team found that both current and former e-cigarette users had a 1.3 times higher risk of developing chronic lung disease compared with non-users. This association remained in place even after the investigators adjusted for confounding factors, including tobacco use.

"What we found is that for e-cigarette users, the odds of developing lung disease increased by about a third, even after controlling for their tobacco use and their clinical and demographic information."

"We concluded that e-cigarettes are harmful on their own, and the effects are independent of smoking conventional tobacco," says Prof. Glantz

Individuals who smoked tobacco — but did not use e-cigarettes — had a 2.6 times higher risk of developing lung disease than non-smokers.

But the researchers also found something even more concerning — a large number of people who smoked tobacco also used e-cigarettes. These dual users, the team notes, had more than triple the risk of chronic lung disease.

"Dual users — the most common use pattern among people who use e-cigarettes — get the combined risk of e-cigarettes and conventional cigarettes, so they're actually worse off than tobacco smokers," Prof. Glantz observes.

The researchers also point out that while people who switch from traditional tobacco cigarettes to e-cigarettes may indeed lower their own risk of lung problems, according to their data, under 1% of people who smoked tobacco switched to e-cigarettes, exclusively.

"Switching from conventional cigarettes to e-cigarettes exclusively could reduce the risk of lung disease, but very few people do it," notes Prof. Glantz.

"For most smokers, they simply add e-cigarettes and become dual users, significantly increasing their risk of developing lung disease above just smoking," he stresses.

These findings come hot on the heels of an outbreak of e-cigarette use-associated lung injury that prompted the Centers for Disease Control and Prevention (CDC) to issue urgent warnings to users.

However, the researchers point out that their findings do not refer to such cases of lung injury. They do, however, suggest a strong relationship between e-cigarettes and poor lung health.

"This study contributes to the growing case that e-cigarettes have long-term adverse effects on health and are making the tobacco epidemic worse," says Prof. Glantz. 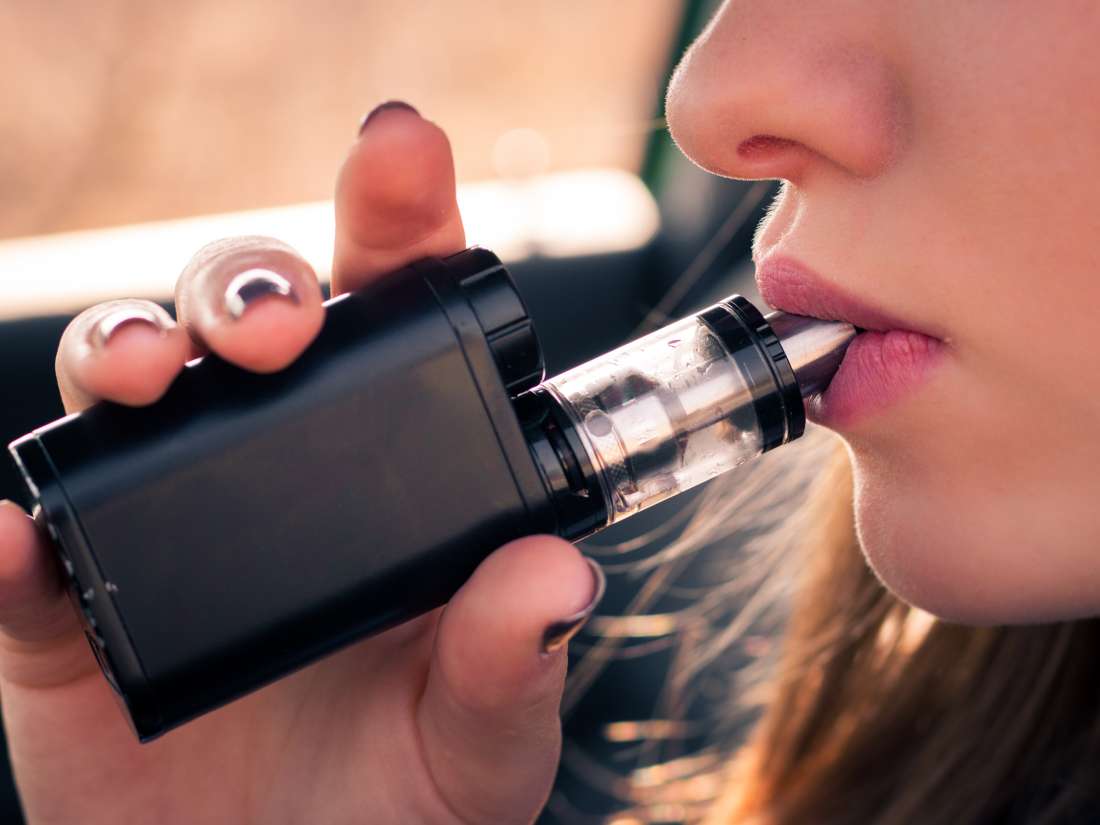 Can vaping cause lung problems? Many people turn to vaping as an alternative to smoking, but what are the effects of vapor on chronic obstructive pulmonary disease or COPD? Authorities are unsure about this new technology's effects on health. Learn here more about what the science says about the safety of vaping with COPD, and in general. Read now 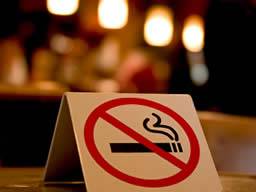 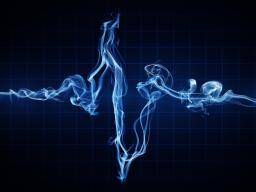 The reasons why smoking is bad for you Smoking damages nearly every organ in the body. It is directly responsible for a range of diseases, including heart disease, respiratory disease, and lung cancer. In fact, smoking accounts for 30 percent of all cancer deaths in the U.S. Learn exactly why smoking is so bad for the health, and why people should quit. Read now 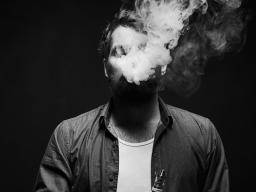 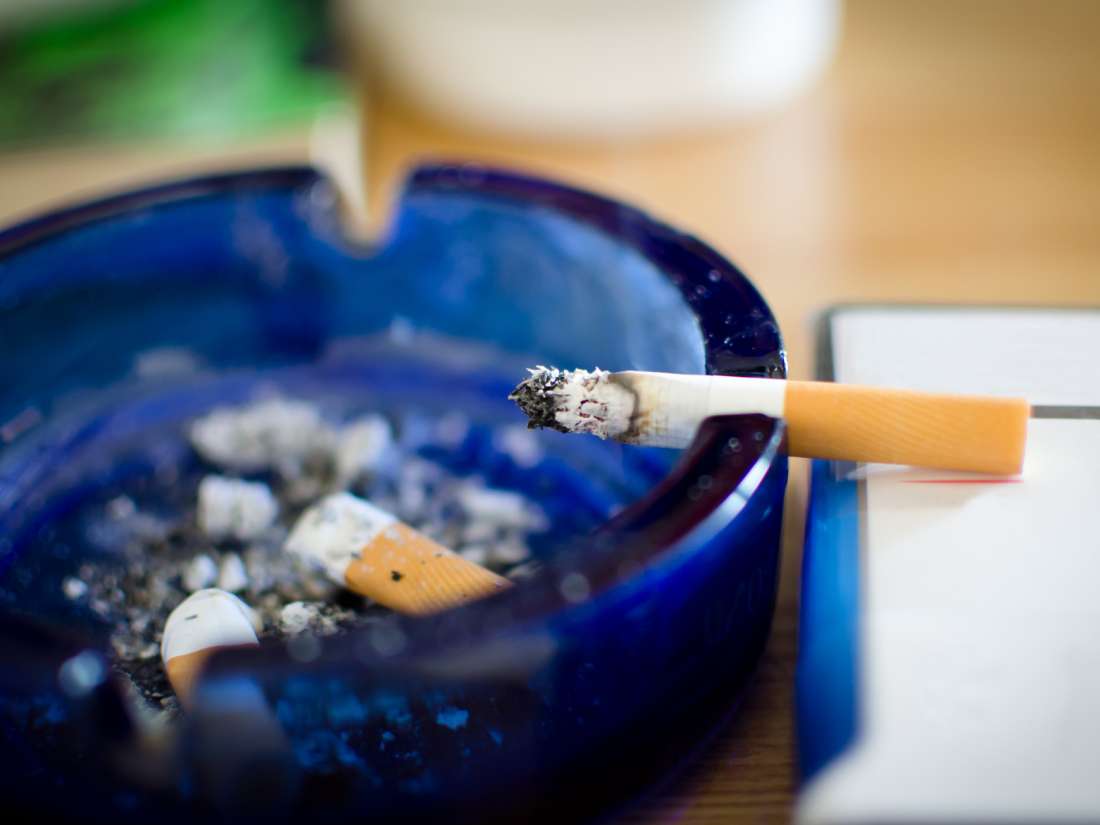