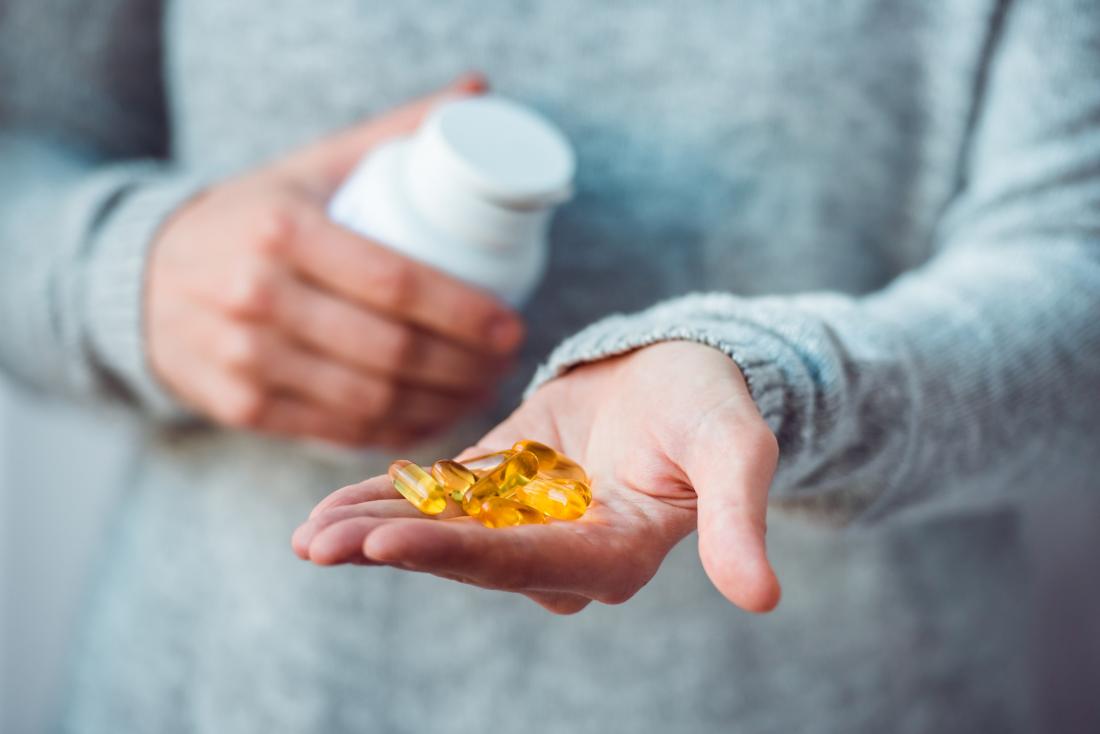 A new study sheds light on the inflammation-reducing properties of fish oil supplements.

The anti-inflammatory molecules are called specialized pro-resolving mediators (SPMs), and they have a powerful effect on white blood cells, as well as controlling blood vessel inflammation.

Scientists already knew that the body makes SPMs by breaking down essential fatty acids, including some omega-3 fatty acids. However, the relationship between supplement intake and circulating levels of SPMs remained unclear.

So, a team of researchers from the William Harvey Research Institute at Queen Mary University of London in the United Kingdom set out to clarify the relationship by testing the effect of an enriched fish oil supplement in 22 healthy volunteers whose ages ranged from 19 to 37 years.

The team conducted the Circulation Research study as a double-blind, placebo-controlled trial. Therefore, neither the participants nor those who gave them the doses and monitored them knew who received fish oil supplements and who received the placebo.

"We used the molecules as our biomarkers to show how omega-3 fatty acids are used by our body and to determine if the production of these molecules has a beneficial effect on white blood cells," says senior study author Jesmond Dalli, who is a professor of molecular pharmacology at the William Harvey Institute.

The trial tested three doses of enriched fish oil supplement against the placebo. The researchers took samples of the participants' blood to test.

Each participant gave five samples over 24 hours — at baseline and then 2, 4, 6, and 24 hours after taking their dose of supplement or placebo.

The tests also revealed that supplementation led to a dose-dependent increase in immune cell attacks against bacteria and a decrease in cell activity that promotes blood clotting.

Inflammation is a defense response by the immune system that is essential to health. Various factors can trigger the response, including damaged cells, toxins, and pathogens such as bacteria.

Some of the immune cells that are active during inflammation can also damage tissue, so it is important, once the threat is over, for inflammation to subside to allow healing. Putting a stop to inflammation is where anti-inflammatory agents, such as SPMs, have a role.

However, if inflammation persists and becomes chronic, then, instead of protecting health, it undermines it. Studies have linked inflammation to heart disease, rheumatoid arthritis, and other serious health conditions.

Although it remains unclear whether those molecules reduce cardiovascular disease, a press release on the study notes that they do "supercharge macrophages, specialized cells that destroy bacteria and eliminate dead cells," as well as making "platelets less sticky, potentially reducing the formation of blood clots."

Research has also shown the molecules to play a role in tissue regeneration. As Prof. Dalli notes, "These molecules have multiple targets."

An earlier 2019 study in NEJM showed that a prescription formula containing eicosapentaenoic acid (EPA) could reduce heart attacks and strokes — and deaths relating to these events — in people who are at high risk of cardiovascular disease or already have it. EPA is an omega-3 fatty acid that is present in fish oil.

However, Dr. Deepak L. Bhatt, who is a cardiologist at Brigham and Women's Hospital and professor of medicine at Harvard Medical School, both in Boston, MA, and who led that study, says that there is no reliable evidence that over-the-counter supplements can have the same effect.

In the United States, federal regulators have approved two formulations: one containing EPA and a second that combines EPA with another omega-3 fatty acid called docosahexaenoic acid (DHA).

An earlier AHA advisory had stated that while such supplements may slightly lessen the risk of death following a heart attack or heart failure, there is no evidence that they prevent heart disease in the first place.

Prof. Dalli says that there is a need for further studies to establish whether people over the age of 45 years would experience the same results from enriched fish oil supplements that they saw in the younger volunteers.

Compared with healthy people, those living with chronic inflammation have lower levels of SPMs, he remarks, noting that the enzymes that produce them do not work as well in these individuals.

He suggests that this is the kind of information that developers will need to consider when formulating supplements for treating disease. It will also be important to check that the body is breaking down the supplements into protective molecules.

"We're still far away from having the magic formula. Each person will need a specific formulation or at least a specific dosing, and that's something we need to learn more about." 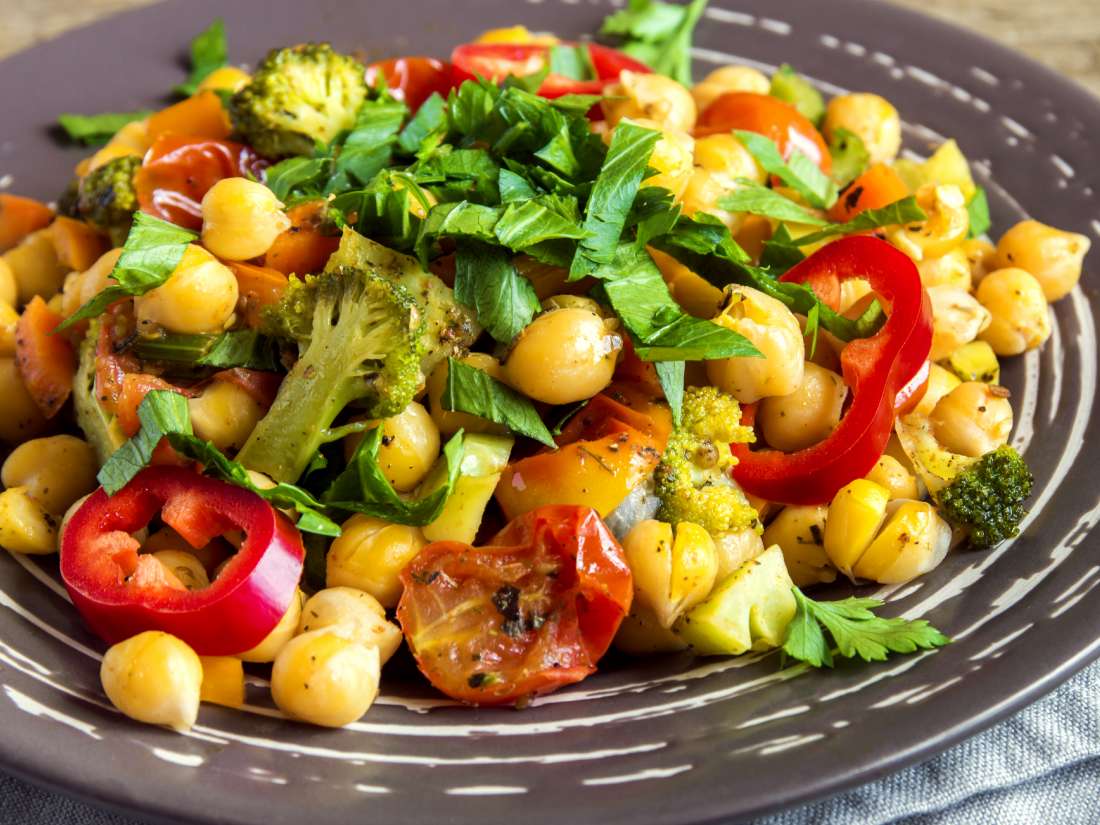 Anti-inflammatory diet: What to know An anti-inflammatory diet involves eating certain foods and avoiding others. This is thought to minimize the symptoms of chronic inflammatory diseases, such as rheumatoid arthritis and asthma. Foods to eat include green, leafy vegetables, and those to avoid include those that are high in fat and sugar. Find out more. Read now 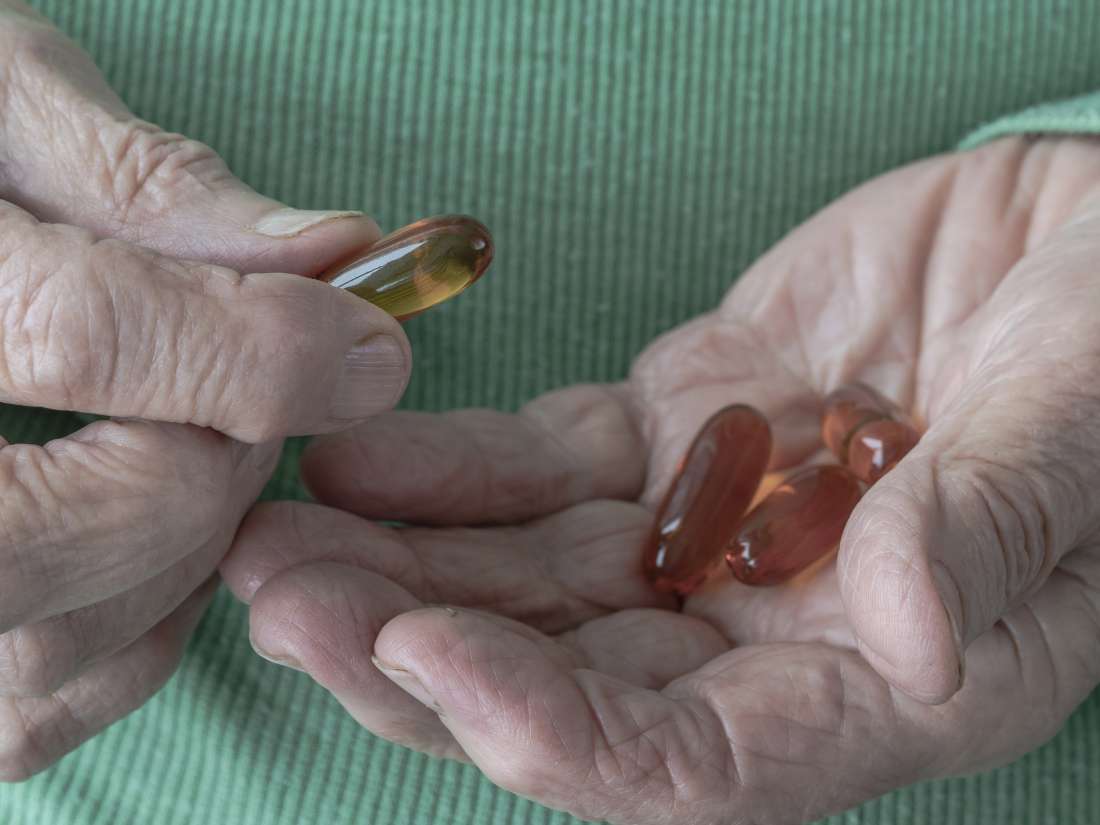 What side effects can fish oil cause? Fish oil supplements contain healthful omega-3 fatty acids. These dietary fats are available in fresh fish, as well, but too many may lead to unwanted or even dangerous side effects. Read now 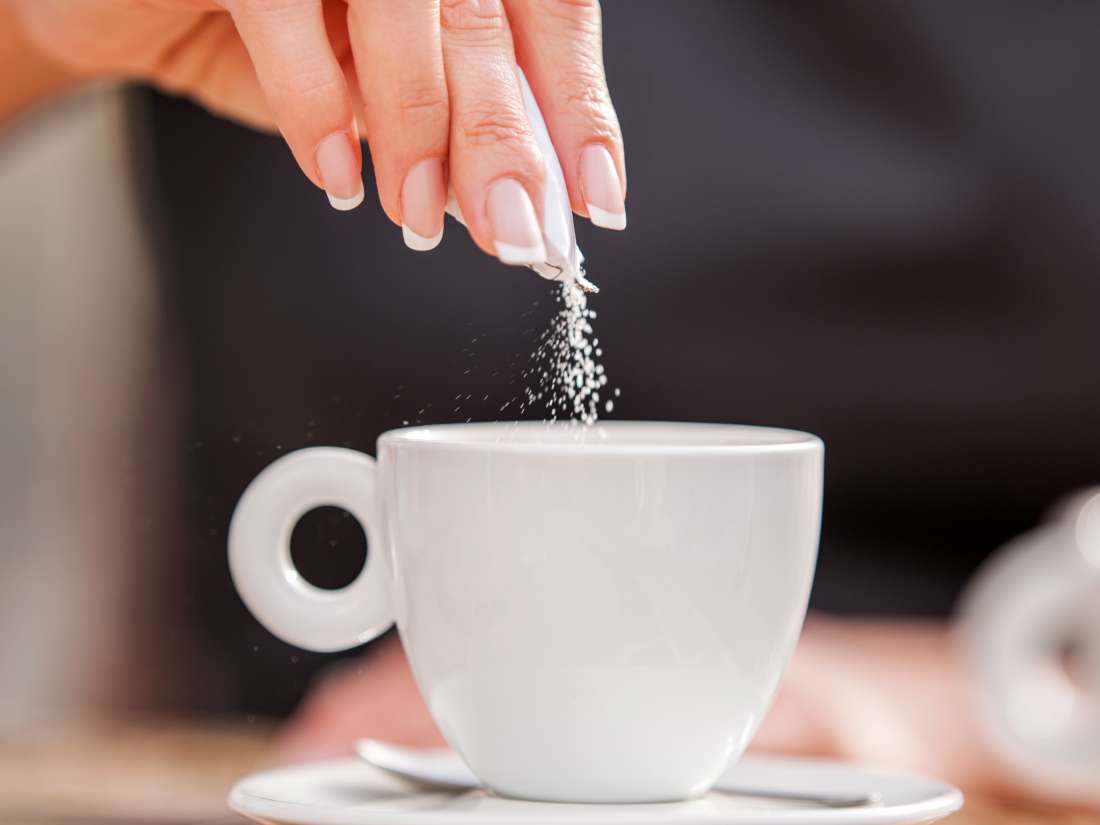 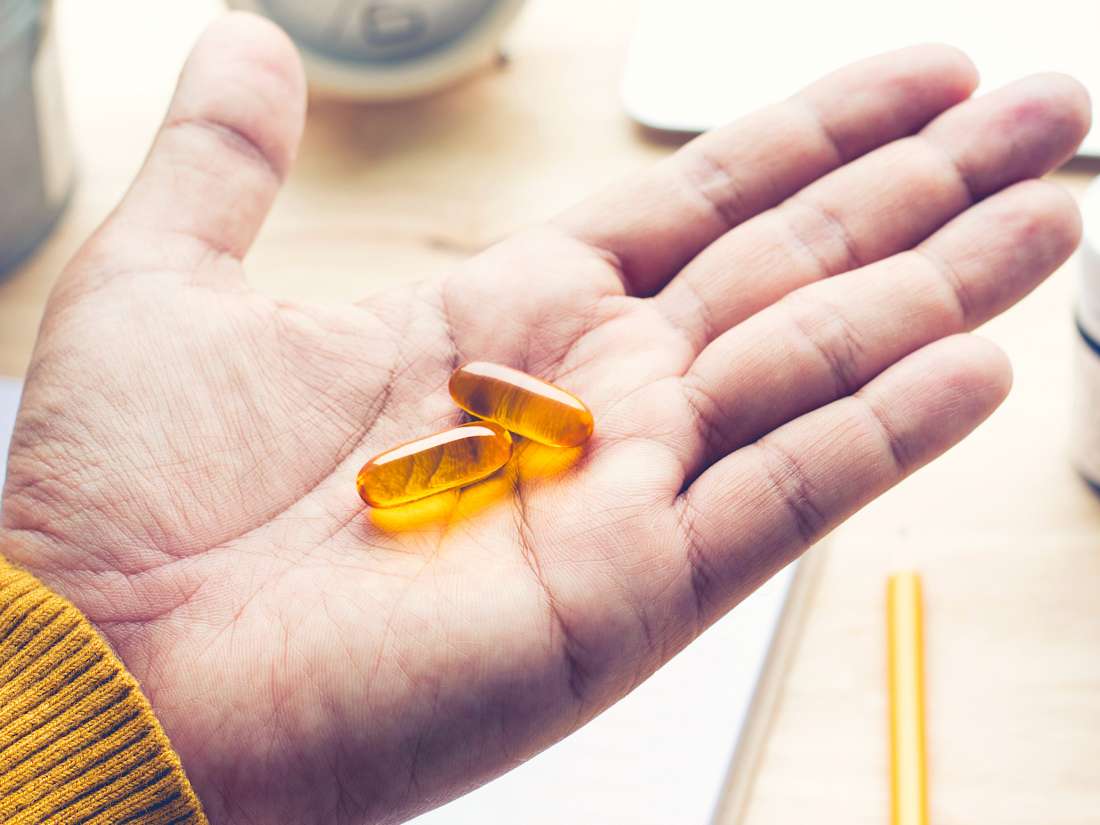 How much omega-3 should you get each day? The amount of omega-3 a person needs each day depends on their age and sex. People with certain health conditions, including heart disease, depression, and cancer, may benefit from taking extra omega-3. Learn more about how much omega-3 to take each day here. Read now 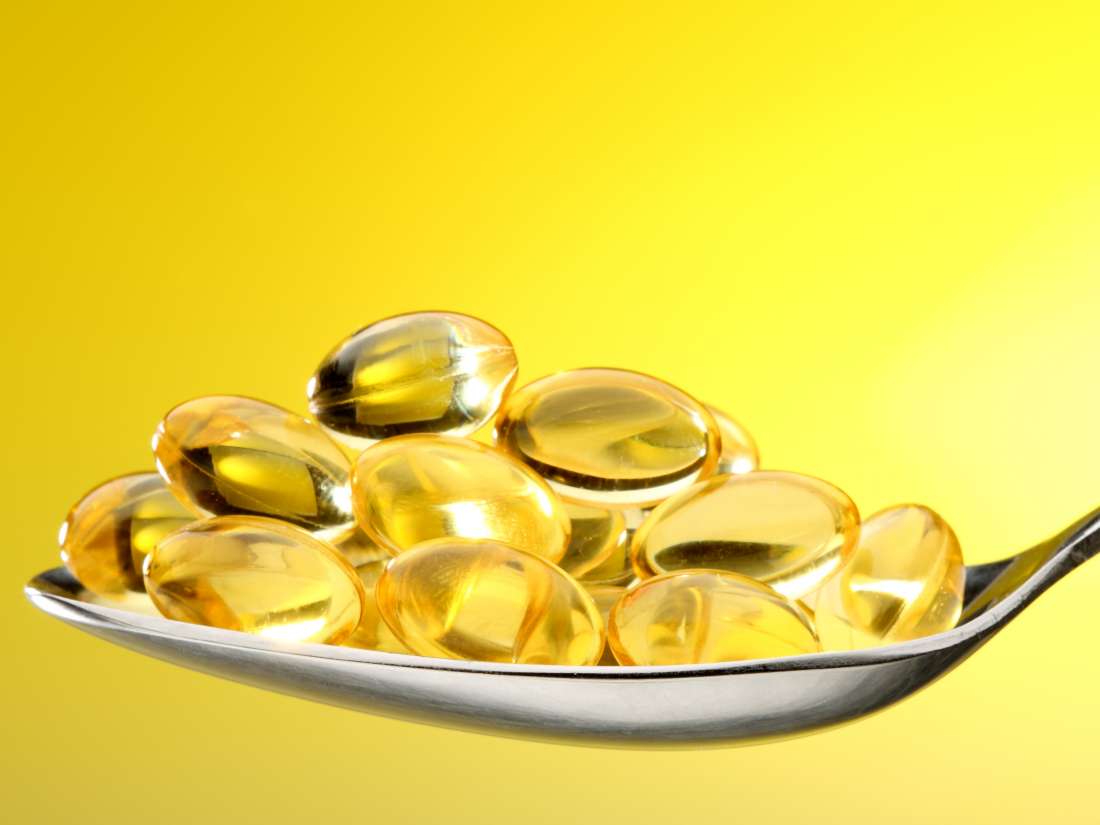 What are the benefits of cod liver oil? This article provides detailed information on the health benefits associated with cod liver oil, and its potential therapeutic properties. This article looks at some of the claims that cod liver oil might improve cardiovascular health, ease joint stiffness caused by arthritis, and repair wounds. Read on to learn more. Read now