What to know about false positives in hepatitis C testing

A person can have hepatitis C for a number of years, or sometimes decades, without experiencing any symptoms. Blood tests are the only tool for determining whether a person has the infection.

Here, learn about the blood tests that doctors use to check for hepatitis C. We describe their accuracy rates, why false-positive results happen, and what doctors do next.

Why have testing for hepatitis C? 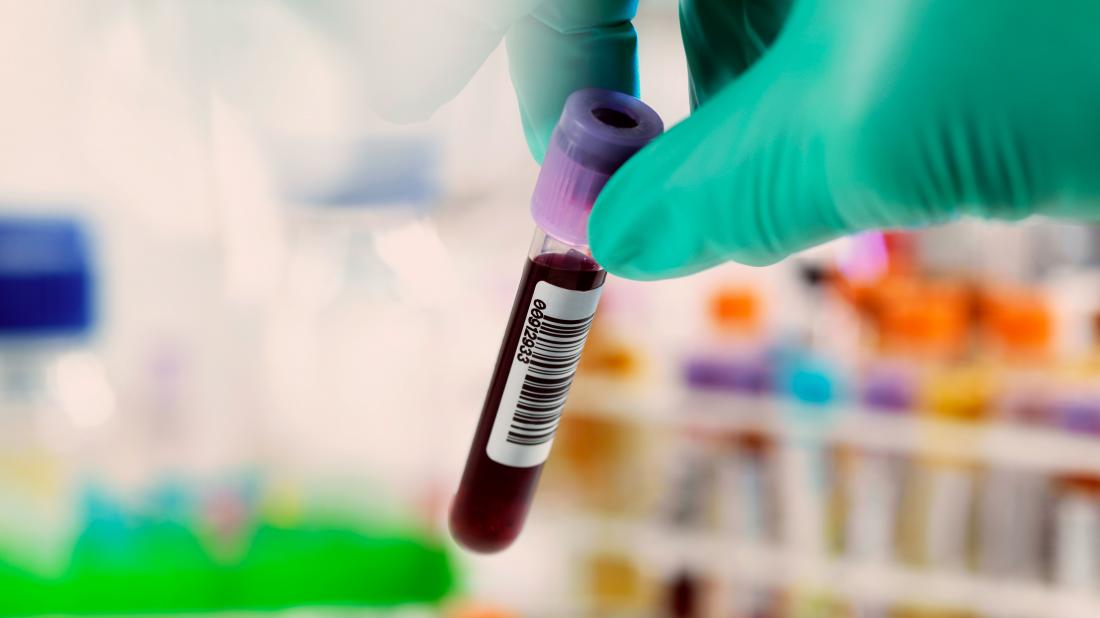 A test for hepatitis C is important because a person may have no symptoms.

Many people with hepatitis C are not aware that they have the infection, as they may experience no symptoms. This is why testing is important for those at risk.

According to the Centers for Disease Control and Prevention (CDC), 75–85% of people who have hepatitis C go on to develop a chronic, or long-lasting, form of the infection.

The tests to check for the hepatitis C virus (HCV) have a high accuracy rate. However, they sometimes give false-positive results.

A false-positive result means that a test has incorrectly detected an illness or disease in someone who is considered to not have that condition.

One test that doctors regularly use to detect the virus is called the anti-HCV test. In a 2017 study, researchers found that this test gave false-positive results to 22% of the cohort of individuals from a population noted as having a low-prevalence of disease.

False positives are less common among people who have a higher risk of developing hepatitis C.

A person may have an increased risk of this infection if they were born between 1945 and 1965, if they have used injected drugs, or if they received a blood transfusion before 1992, for example.

The CDC recommend that doctors use a two-step screening process to identify and confirm active hepatitis C infections.

Initially, doctors use the anti-HCV test. It detects antibodies that the immune system produces to fight the HCV.

However, the anti-HCV test cannot tell whether the antibodies are present because a person currently has an active hepatitis C infection or whether they have had this infection in the past.

The antibodies can remain, even if a person has had successful treatment, or if their body has cleared the virus on its own.

Anyone who receives a positive result on an anti-HCV test will require further testing.

The HCV RNA PCR test detects the genetic material, the RNA, of the HCV. It does so using a process involving polymerase chain reaction testing, known as reverse transcriptase PCR.

Doctors can use this test to confirm a positive result from an anti-HCV test.

As well as showing whether the virus is present in the body, the HCV RNA RT-PCR test can show the number of viral particles in the blood. The medical name for the number of particles is the viral load.

Why a false positive happens

A doctor will consider two factors when reviewing the accuracy of a test result. These two factors are the test's specificity and sensitivity.

Specificity refers to the ability of a test to correctly identify those who do not have a disease. This is called the true negative rate.

Sensitivity reflects the ability of a test to correctly identify those who do have a disease. This is called the true positive rate.

A person may receive a false-positive test result if they have HCV antibodies from a previous active infection. They may have received successful treatment for this infection, or their body may have cleared it without treatment.

In either case, the antibodies from the previous infection can remain in the body and lead to positive results on anti-HCV tests.

False-positive results can also occur in children who had HCV transmitted to them during birth from a mother with hepatitis C virus infection.

Ultimately, a person who receives a positive result from an anti-HCV test may not have an active hepatitis C infection. This is why a doctor then typically performs another test — the HCV RNA RT-PCR test — before making a definitive diagnosis.

A person who receives a positive result from an anti-HCV test may wish to talk with their doctor about follow-up testing.

However, in most cases, doctors confirm all positive anti-HCV test results with HCV RNA RT-PCR testing.

A person who receives a negative result from an HCV RNA RT-PCR test does not have an active hepatitis C infection. They do not require further testing or treatment.

A positive result from an HCV RNA RT-PCR test indicates an active hepatitis C infection. The doctor will then present treatment options.

People who do not have hepatitis C can often prevent exposure to it by:

A positive anti-HCV test result does not always indicate that a person has an active hepatitis C infection.

People with a low risk of developing this infection are more likely to receive false-positive results from this test.

If the result of an anti-HCV test is positive, the doctor will usually perform a second test, called an HCV RNA RT-PCR test to confirm whether the person has hepatitis C.

Several safe and effective treatment options are available for the infection. Receiving a diagnosis early on can lead to better treatment outcomes, such as preventing permanent liver damage.

A person who thinks that they may be at risk of hepatitis C should not wait for symptoms to appear before getting tested. Speak with a doctor about hepatitis C risk and whether testing is a good idea. 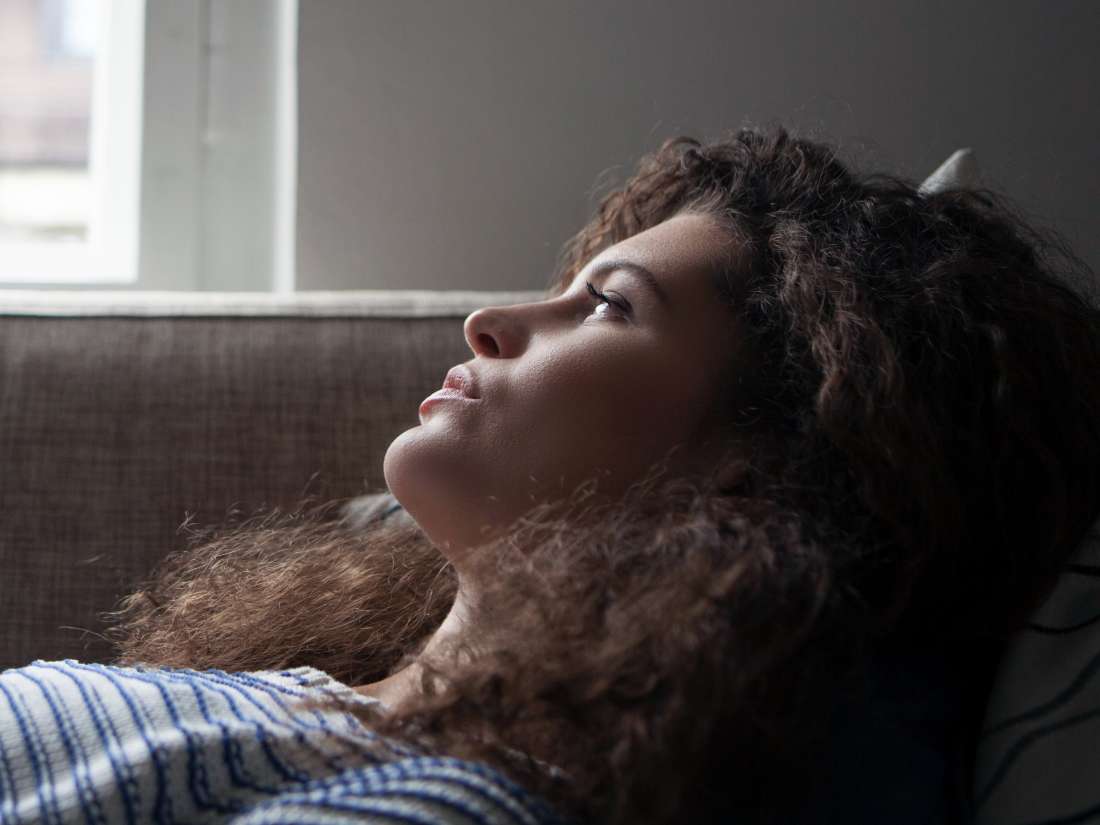 How does hepatitis C affect a person? Hepatitis C is a viral infection of the liver. The hepatitis C virus (HCV) can cause permanent liver damage and a range of other adverse health effects. Learn more here. Read now 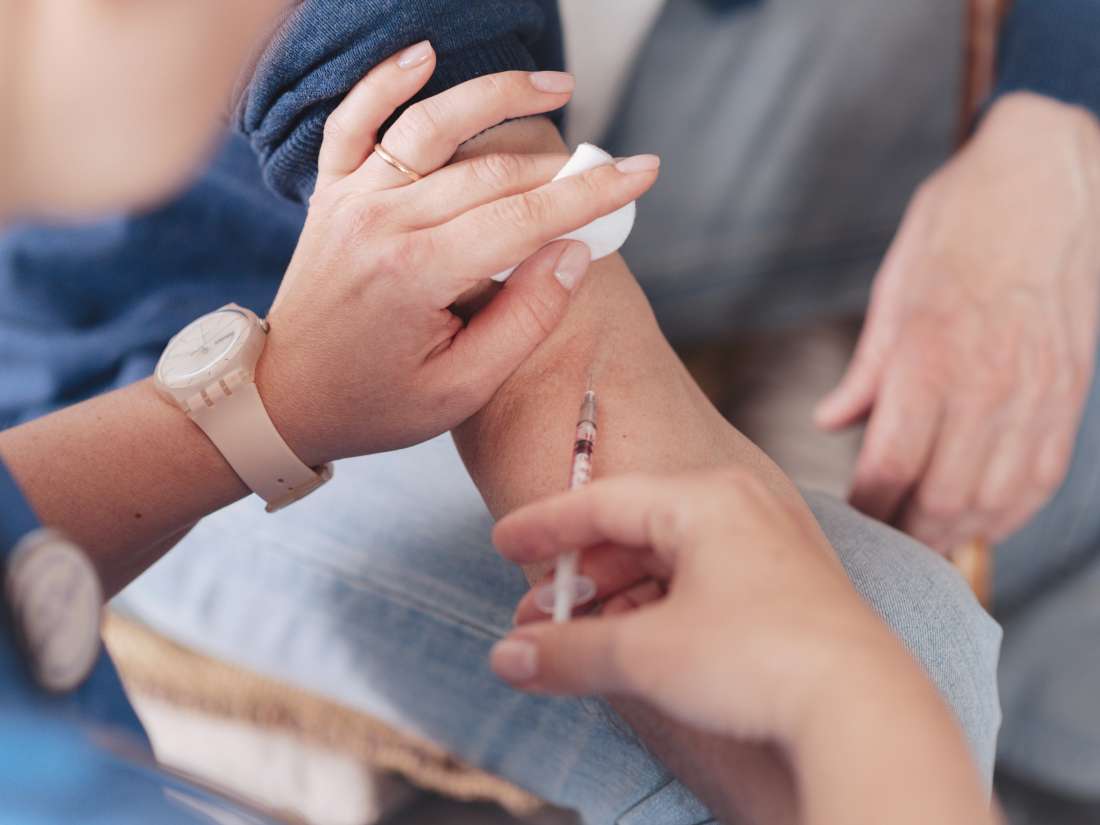 What to know about hepatitis C testing The HCV RNA PCR test is a blood test used to diagnose hepatitis C and measure the levels of virus in the bloodstream. Read on to learn more. Read now 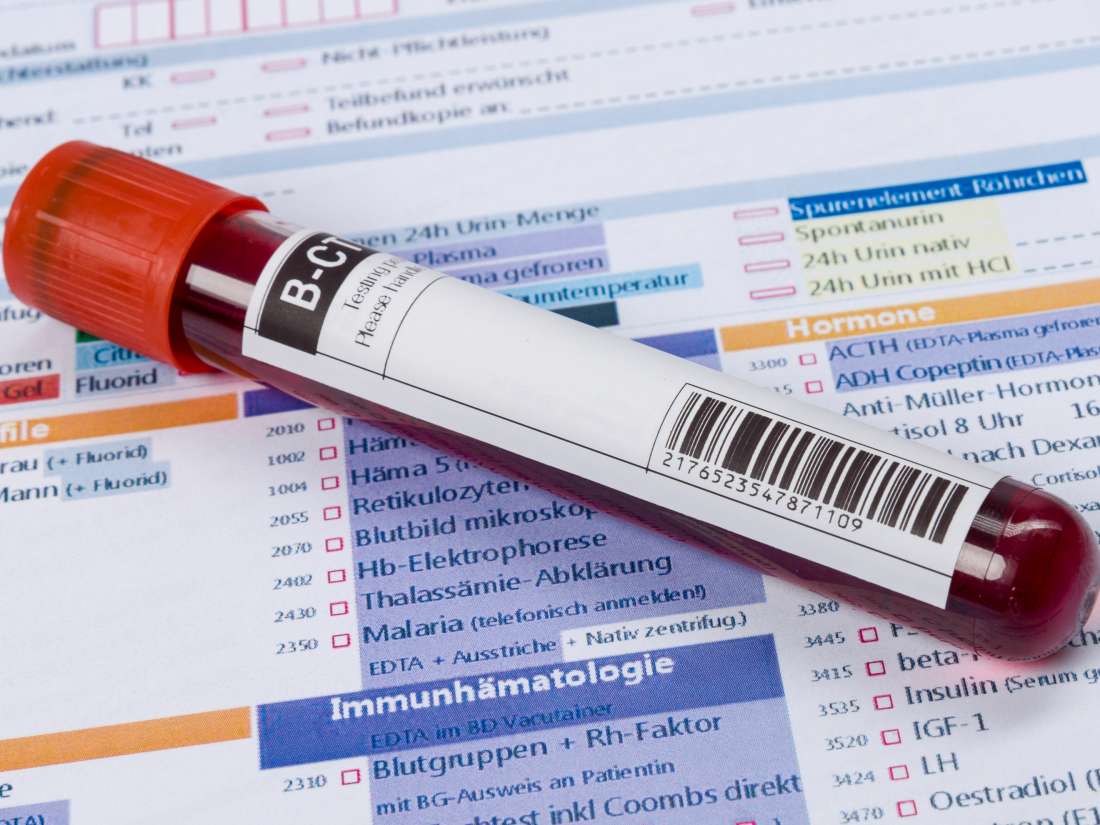 When to get tested for hepatitis C after exposure Learn what the window period is for hepatitis C infection, and when someone should consider testing. We look at available tests and when symptoms appear. Read now 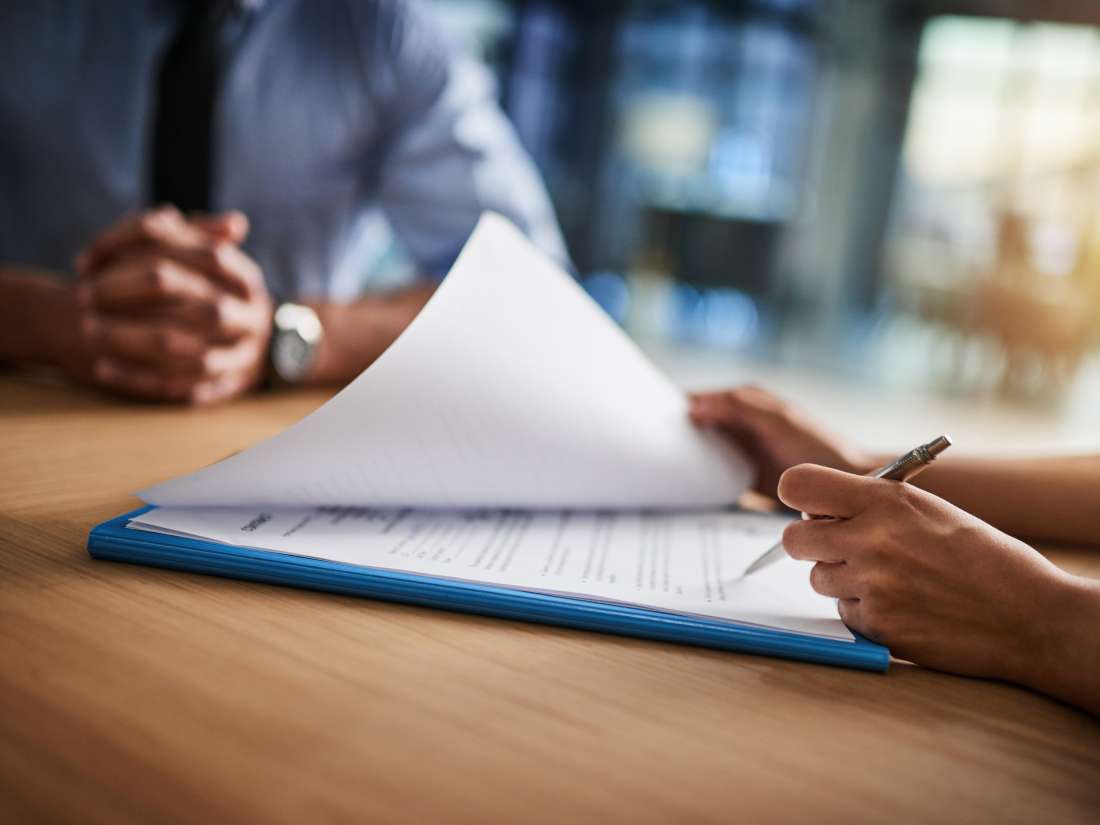 How much does hepatitis C treatment cost? Hepatitis C is a viral infection with different treatment options. Medication, treatments, and care pricing depend on factors that include a person’s insurance policy and their overall health. There are various medications available. Learn more about the costs of hepatitis C treatment here. Read now 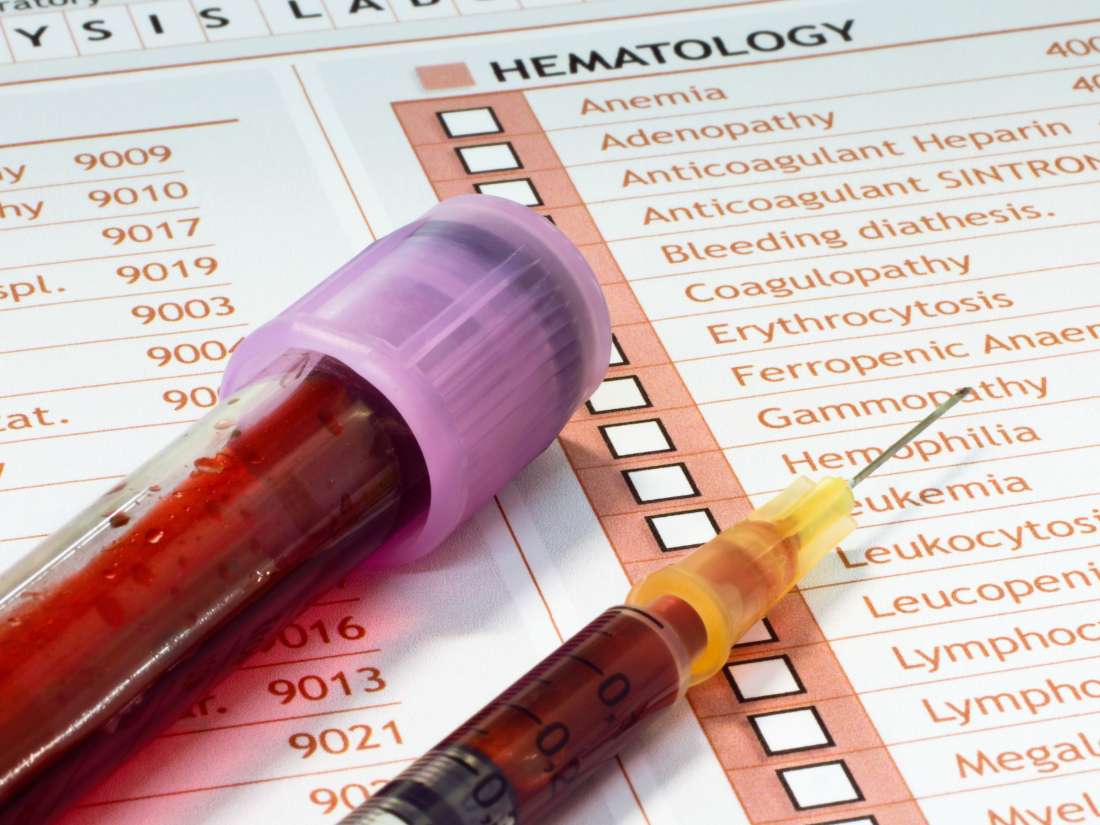 Hepatitis C questions and answers for the public. (2019). https://www.cdc.gov/hepatitis/hcv/cfaq.htm

Recommendations for the identification of chronic hepatitis C virus infection among persons born during 1945–1965. (2012). https://www.cdc.gov/mmwr/preview/mmwrhtml/rr6104a1.htm