Melatonin: Is it safe for babies?

Although the body produces its own melatonin, taking melatonin supplements can help provide short-term treatment of insomnia and other sleep-related disorders.

It is important to note that the Food and Drug Administration (FDA) do not regulate supplements, including melatonin, in the same way as drugs. This means that the FDA do not review whether a supplement is safe or effective before it arrives on store shelves.

The National Institutes of Health (NIH) report that most adults can safely use melatonin for short periods. However, healthcare providers are unsure of the long-term effects of regular melatonin use.

Below, learn whether any research supports the use of melatonin in babies and children. We also describe how melatonin works, associated risks, and alternative ways to encourage sleep.

Is it safe for babies? 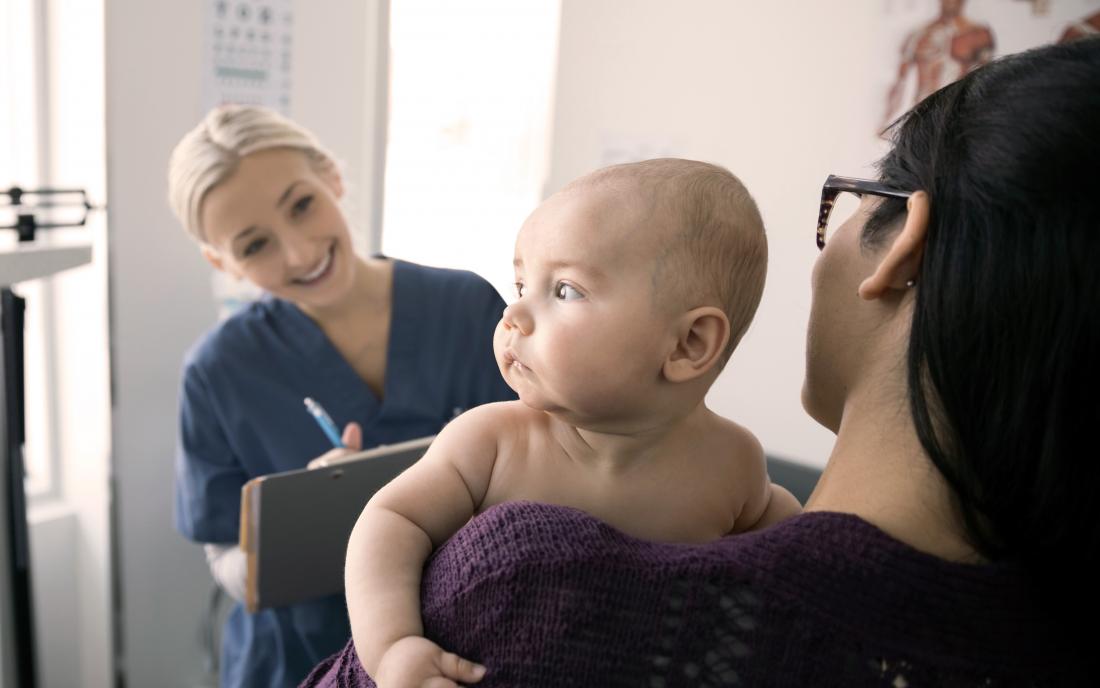 Talk to a doctor if a baby is having difficulty sleeping.

Researchers have not yet determined whether it is safe to use melatonin to treat sleep issues in babies.

Circadian rhythms are patterns of behavioral change that follow a daily cycle. They make up what a person might call their "internal clock."

The Centers for Disease Control and Prevention (CDC) recommend that infants aged 4–12 months get a total of 12–16 hours of sleep every 24 hours.

No research has established the safety of melatonin use in healthy babies.

Speak with a pediatrician or sleep specialist if a baby is not getting enough sleep. Do not give melatonin to a baby unless a doctor or another healthcare professional has advised it.

Is it safe for kids?

Up to 25% of healthy children and 75% of children with neurodevelopmental or psychological conditions experience insomnia, according to the authors of one 2016 investigation.

Melatonin may help treat insomnia in children when behavioral and lifestyle adjustments do not work.

In one 2010 study, involving 72 children with chronic insomnia, researchers found that melatonin reduced the time that it took for the children to fall asleep by 35 minutes, compared with a placebo — treatment with no active ingredient.

However, the authors reported the following side effects of the treatment:

The findings of a 2017 study suggest that melatonin is slightly more effective than light therapy at treating insomnia in children.

Low dosages of melatonin appear to be safe for children. Authors of a 2019 review looked at investigations into the use of melatonin in kids with insomnia or other sleep disturbances. They found that effective dosages ranged from 1.0 to 7.5 milligrams (mg) and that side effects were similar to those reported elsewhere.

Still, available evidence is limited — there is a lack of large studies and long-term research into the effects of melatonin in kids. Before giving this supplement to children, discuss other options with a pediatrician.

Read more about melatonin use in children here.

How does melatonin work?

The body releases melatonin as part of the processes that support the circadian rhythm.

The hypothalamus is a small area at the base of the brain near the pituitary gland. This area contains the suprachiasmatic nucleus (SCN), which is the primary regulator of the circadian rhythm.

The SCN maintains this rhythm in response to changing sunlight levels in each 24-hour period. At dawn, for example, it stimulates the release of various hormones that prepare the body for waking.

When the sun sets and light levels begin to decrease, the SCN prepares the body for sleep by signaling the pineal gland to release melatonin.

Some people refer to melatonin as the "hormone of darkness" because the pineal gland releases it in the evening. Exposure to light inhibits this process.

If a child's pineal gland does not secrete enough melatonin at night, they may develop insomnia or delayed sleep phase disorder. This condition extends wakefulness at nighttime, even when a person feels tired, and it often appears during teenage years.

How to use melatonin

According to the CDC, children taking melatonin should do so about 30 minutes before bedtime. Controlled-release versions of melatonin may work better for children who have difficulty staying asleep.

Melatonin usually comes in pill form. However, for children who have difficulty swallowing tablets, liquids, dissolvable strips, and gummies are available.

The American Academy of Pediatrics recommend starting with the lowest dosage suggested on packaging. A dose as low as 0.5 mg or 1 mg may be effective in many children.

Before giving a child any form of melatonin, however, speak with a doctor. They can recommend the best dosage and schedule.

The authors of one 2019 article report that melatonin is relatively safe and presents a low risk of side effects — in general, not necessarily in children.

In a 2018 study, researchers attempted to observe the longer-term effects of melatonin in 33 people who had started taking the supplement for chronic insomnia as children.

The participants were 6–12 years old when they began the treatment, and they continued to take melatonin for an average of 10.8 years.

Over a third of the group reported having difficulty falling asleep after discontinuing melatonin treatment. Another third reported having one or more headaches at least once a month while taking the supplement.

In addition to headaches, other potential side effects of melatonin include:

Some parents of participants felt that their child had started puberty earlier or later than most of their peers.

It is important to note that the study above is an exception — most investigations into melatonin use in children have been short-term.

Parents and caregivers may want to try behavioral and lifestyle adjustments before giving a child melatonin.

The following can help a person fall asleep earlier and stay asleep longer:

If a child's sleep problems persist after trying the modifications above, it may be a good idea to consult a pediatrician or sleep specialist.

Melatonin is a hormone that helps support the body's circadian rhythm.

If a child has a disrupted sleep-wake cycle or if their pineal gland does not secrete enough melatonin, they may develop insomnia or another sleep disorder.

Keeping a consistent bedtime routine that includes limiting the use of electronic devices and avoiding stimulants, such as caffeine, can help relieve insomnia in some children.

If a child's sleeping habits do not improve with these and other behavioral modifications, it may be a good idea to speak with a pediatrician about treatment options, including melatonin.

Melatonin seems to help correct a child's sleep cycle in the short term. However, no evidence supports its use in babies, and the long-term effects in children remain unclear. 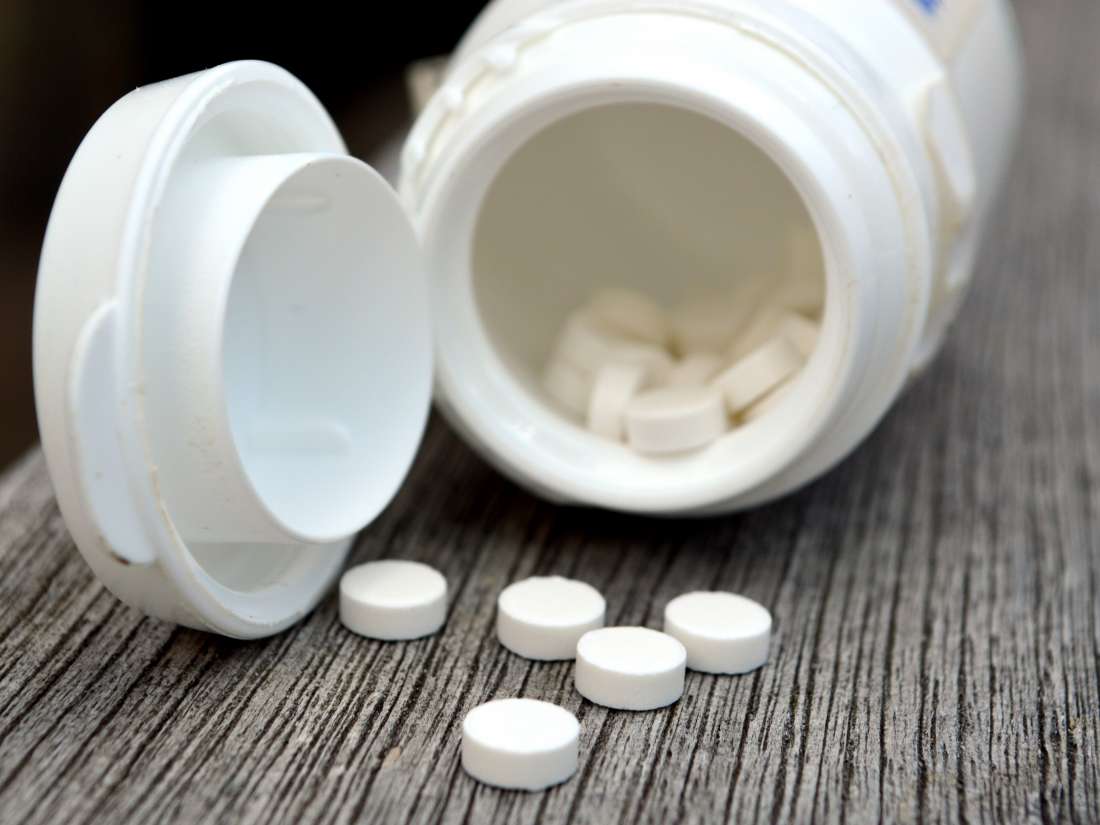 Is melatonin safe for children? Melatonin supplements are a popular treatment for children with sleeping problems. Although some research suggests that melatonin may be safe and effective for children, there are no clear guidelines on a suitable dosage. Learn more here. Read now 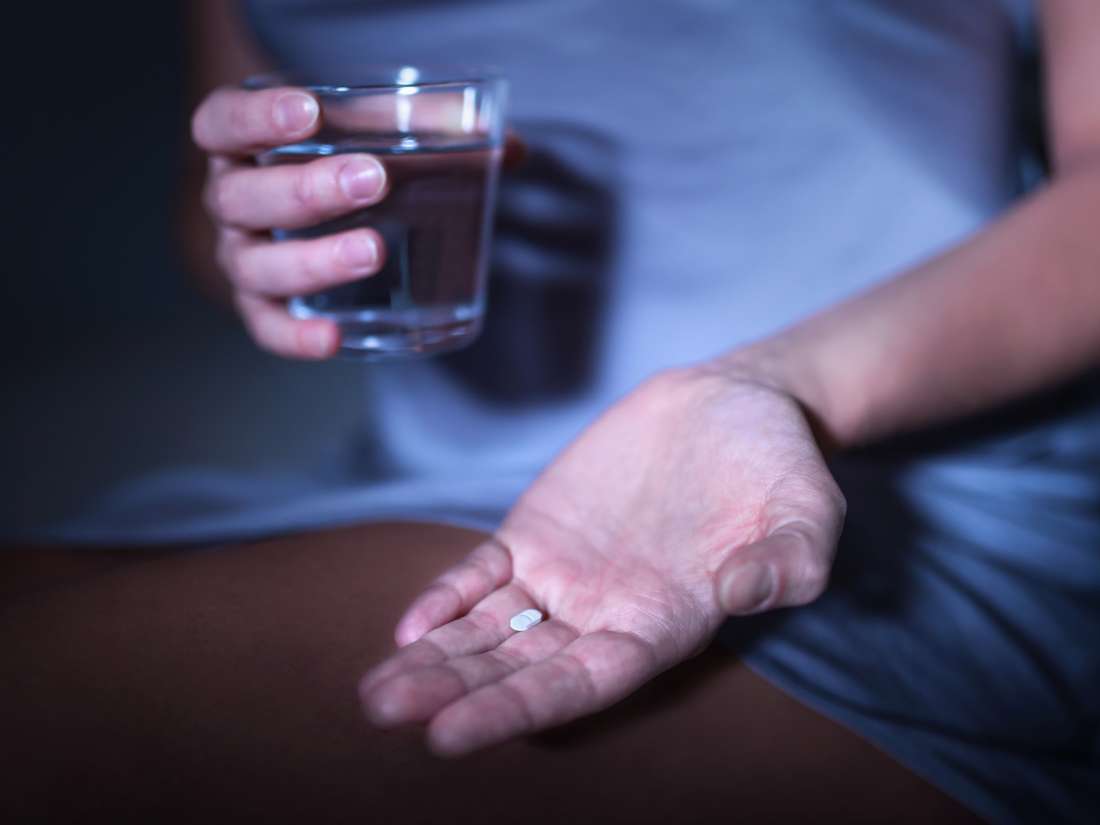 Melatonin for sleep: What to know Melatonin is a hormone that the body produces when it gets dark to signal that it is time to go to sleep. Melatonin supplements can help people with sleep problems get a good night’s rest. Learn more here. Read now 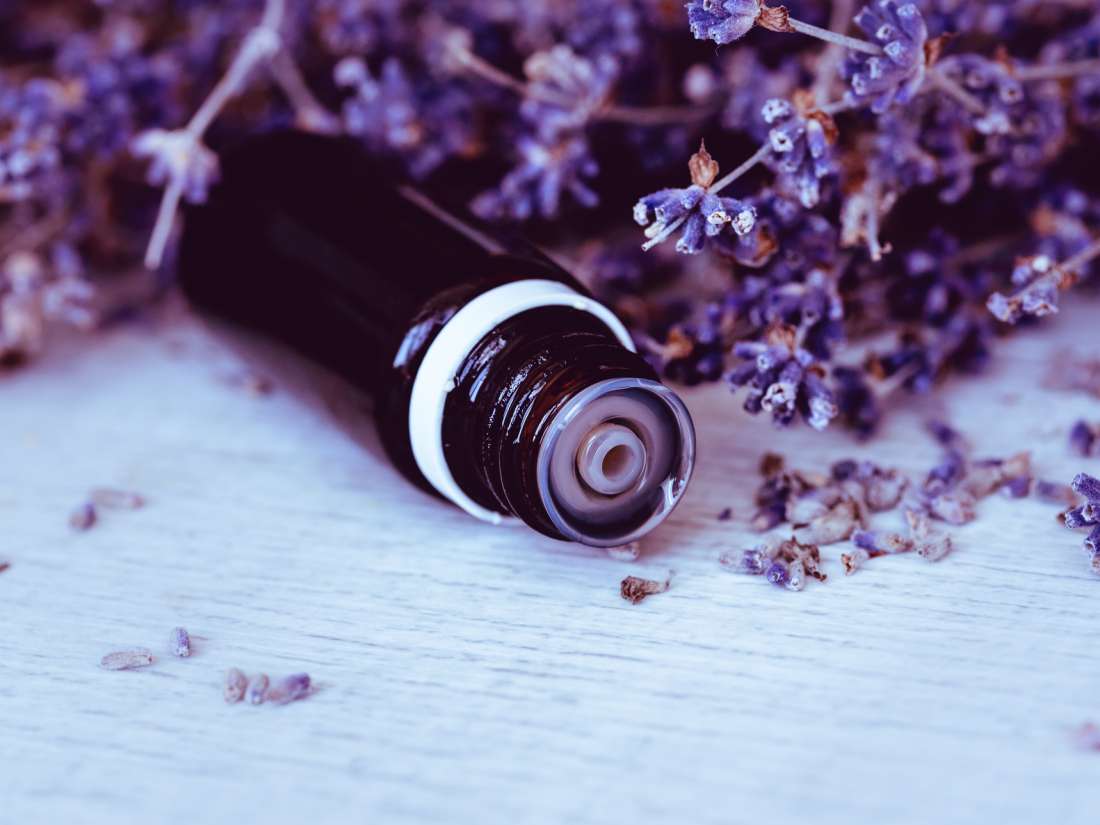 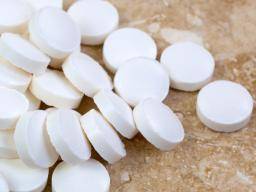 Can you overdose on melatonin? Melatonin is a natural supplement used to help people sleep. It varies in effectiveness from person to person, and use may lead to an accidental overdose. Possible side effects include high blood pressure, chest pain, and difficulty breathing. Anyone who is considering taking melatonin should speak to a doctor first. Read now 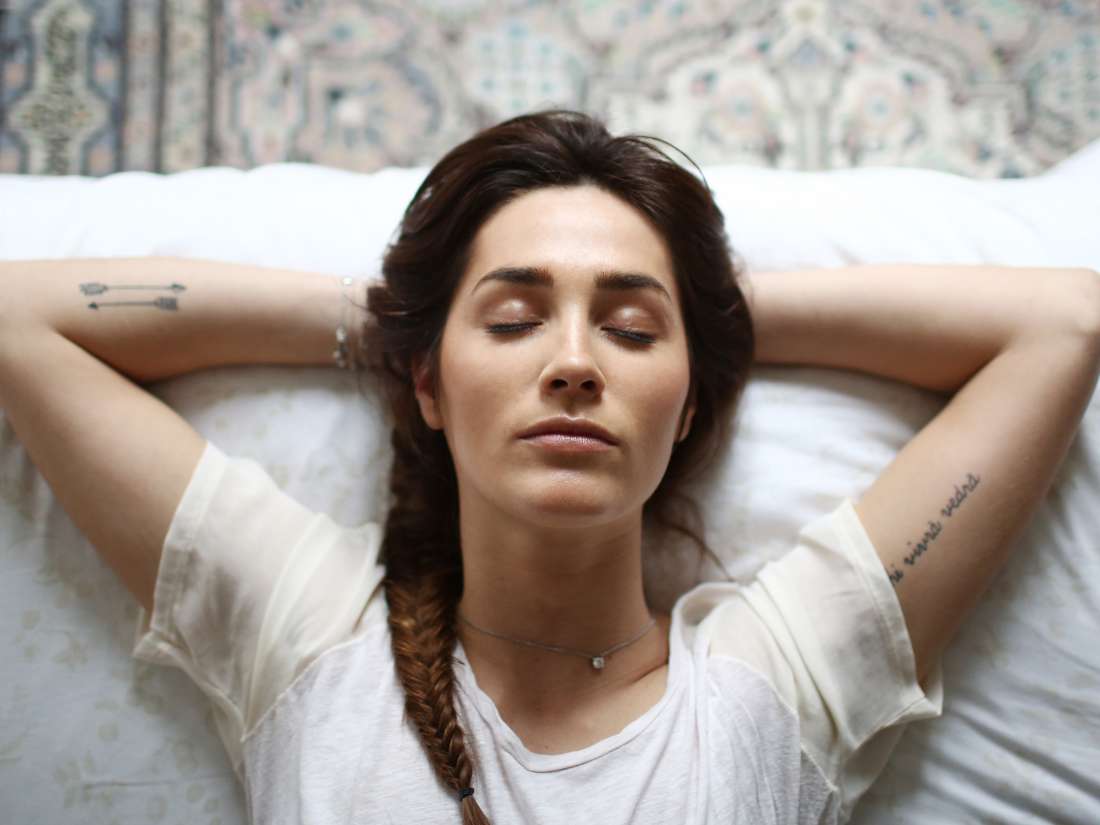 Are you getting enough sleep? (2019). https://www.cdc.gov/features/sleep/index.html

Cummings, C. (2012). Melatonin for the management of sleep disorders in children and adolescents. https://www.ncbi.nlm.nih.gov/pmc/articles/PMC3380753/

Melatonin: What you need to know. (2019). https://nccih.nih.gov/health/melatonin