Weed: Can it kill you?

Smoking weed can, however, impair judgment and motor skills, so smoking cannabis before driving or doing other dangerous activities may increase the risk of an accident. However, most experts consider the risk of dying from marijuana itself to be very low.

This does not mean marijuana is a risk-free substance. While many people focus on the beneficial compounds in weed, such as cannabidiol (CBD), there are some possible adverse side effects of weed, especially when using it long term or at a young age.

Keep reading to learn more about the health risks of marijuana and whether or not it could potentially cause death.

Has pot killed anyone? 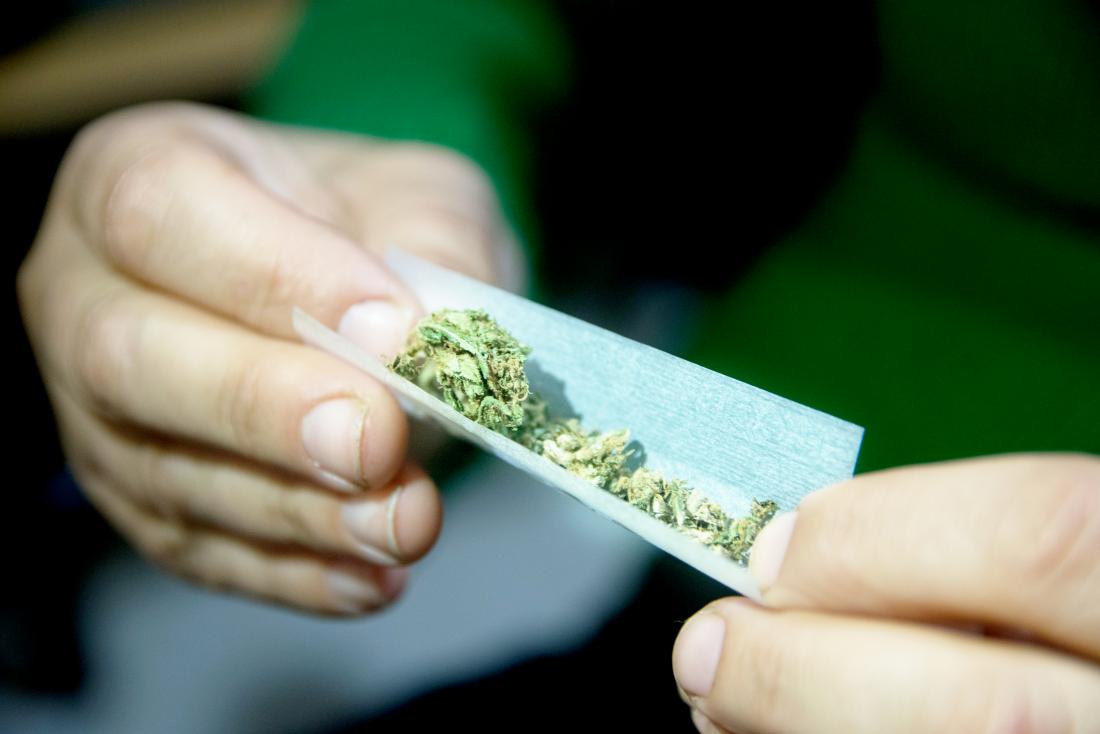 Smoking weed may increase the risk of an accident as it can impair judgment and motor skills.

A 2014 study in Forensic Science International reported two cases of sudden death that doctors linked to health complications possibly worsened by marijuana use. The report indicated that before these deaths, the researchers were not aware of any other deaths related to marijuana use alone.

It is important to note that only after excluding all other causes of death did the report assume the young men experienced fatal cardiovascular events brought on by cannabis. The report also concludes that doctors cannot rule out the possibility that pre-existing cardiovascular factors played a role in the deaths.

In 2018, a teenager died of dehydration due to cannabinoid hyperemesis syndrome (CHS). CHS is a condition that can occur in regular cannabis smokers and causes nausea, vomiting, and abdominal pain. You can read their story here.

Despite these incidents, compared to the deaths caused by other drugs, such as alcohol and tobacco, many people consider marijuana to be relatively safe.

According to the Centers for Disease and Prevention (CDC), a person is unlikely to die from a marijuana overdose, but this does not mean that there are no risks.

In 2014, Colorado became one of the first states to legalize cannabis for recreational use. Since then, it has seen a significant rise in the number of emergency room visits related to marijuana use.

However, before legalization, people experiencing adverse symptoms due to smoking weed might not have visited an emergency room due to the illegal nature of the substance.

A recent report in Missouri Medicine found that some of the more common illnesses connected to marijuana use have also increased in Colorado since legalization. These include:

Once a rare condition, CHS is becoming increasingly common. According to Missouri Medicine, it is most common in long term users who smoke cannabis 20 or more times per month.

Many people experiencing CHS say their symptoms go away temporarily after taking a hot bath or shower.

According to an article in Current Drug Abuse Reviews, some people with CHS find it difficult to accept that marijuana is the source of their symptoms because they understand it to be a cure for nausea and vomiting, rather than the cause of it. However, tetrahydrocannabinol (THC) and other cannabinoids in weed affect both the brain and the digestive tract, along with other areas.

Weed does trigger an antinausea effect on the central nervous system. However, repeated use may dull this effect. In the digestive tract, the opposite occurs. THC and other cannabinoids may increase the likelihood of an upset stomach, especially with repeated use.

Treatment for CHS includes therapy, hydration, and antinausea medication. Other recommendations include stopping using marijuana in any form for a prolonged period of weeks or months.

A review in Psychiatric Times notes that some evidence suggests a correlation between cannabis use and psychiatric conditions, including cannabis-induced psychosis (CIP).

The review notes a case study of a 19-year-old who experienced an acute psychotic event that was consistent with CIP. The person blamed the pressures of a competitive university environment for their paranoia and isolation, claiming that smoking weed was keeping them sane. The person did, however, receive treatment, stopped smoking cannabis, and experienced no further episodes of psychosis.

Another study references two reports of people experiencing acute psychotic episodes after using cannabis. In one instance, the only drug in the person's system was cannabis, and the person had no family history of mental health illnesses. In the other case study, the elderly individual ate some marijuana products for the first time and began to display some unusual behavior.

It is possible to deduce that cannabis was the cause of these psychotic episodes, although there is no conclusive evidence.

Treatment for cannabis-induced psychosis includes refraining from using cannabis in any form. In people who are unwilling to do this, doctors may use antipsychotic drugs to protect them from psychosis.

There is some evidence that marijuana use could lead to cardiovascular issues.

A 2001 study suggests smoking marijuana could be a rare trigger of a heart attack.

Sometimes, heavy marijuana use may also contribute to acute pericarditis. Pericarditis is inflammation in the pericardium, which is the membrane surrounding the heart.

Some experts believe that changes in the structure of marijuana over recent years may be partly to blame for the increased risk of these conditions.

Most past medical research has used marijuana with relatively low THC content, while in recent years, the THC levels in marijuana have increased significantly, with an increase of about 4% to 12%, on average.

However, a review in Nature Reviews Cardiology noted that the THC content in marijuana has increased over tenfold over the last decade. The review also notes that this increase has led to a rise in the number of severe cardiovascular incidents reported, including:

However, this does not necessarily prove that marijuana causes these events. The review notes, however, that doctors should consider whether a person's use of marijuana is an underlying cause of their cardiovascular problems.

Read more about how marijuana affects the body here.

Can weed harm a fetus during pregnancy?

Most doctors will recommend that pregnant women do not smoke any substance because the contents of the smoke may pass to the baby.

A study in Pharmacology & Therapeutics notes that compounds such as THC readily pass to the placenta. Though the fetus may experience lower levels of THC than the mother, it could still affect them in the long term.

While scientists have not found that cannabis causes physical abnormalities at birth, they have found associations between fetal exposure and changes in physical growth early in life, including low birth weight. Evidence also suggests it has an adverse mental impact on the developing child, including heightening behaviors of anxiety and depression.

Until more research analyzes THC as a potential toxin for fetuses in the womb, researchers suggest pregnant women should not assume that cannabis is safe for them to use.

While marijuana can have adverse effects on short and long term health, there is limited research as to whether or not it can cause death.

There are a few recorded cases of people dying from possibly marijuana-induced complications of an existing medical condition, but these are inconclusive.

While most experts agree that it is not possible to smoke a lethal dose of marijuana in most cases, this does not mean that it is a harmless substance.

Pregnant women especially should avoid marijuana use until researchers and doctors know more about the potentially adverse effects on the fetus. 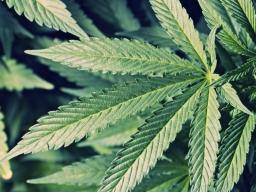 Everything you need to know about marijuana (cannabis) Marijuana, or cannabis, is the most commonly used illicit drug in the world. It alters the mood and affects nearly every organ in the body. With at least 120 active compounds, marijuana may have health benefits as well as risks. We describe these, addiction, and withdrawal. Learn more about cannabis here. Read now 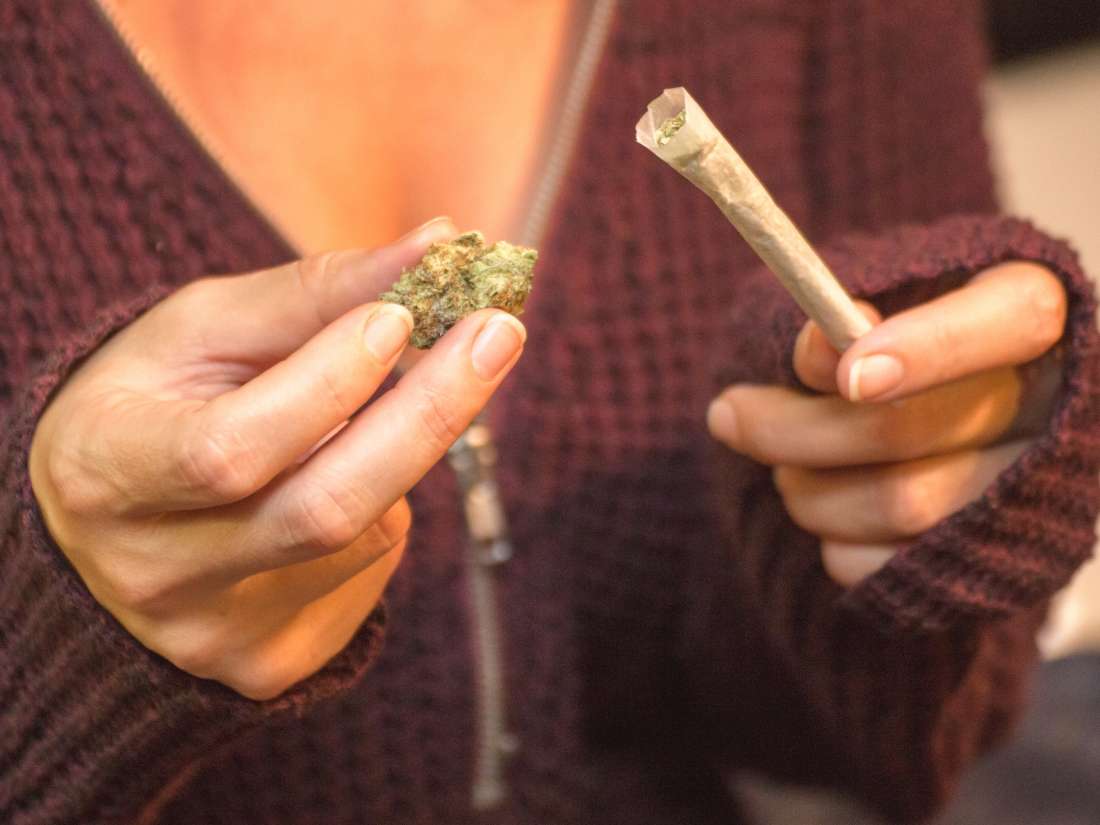 Smoking weed while pregnant: Is it safe? Marijuana use during pregnancy is on the rise, but is it safe? To find out, we look at the latest research and statements from major health organizations. Read now 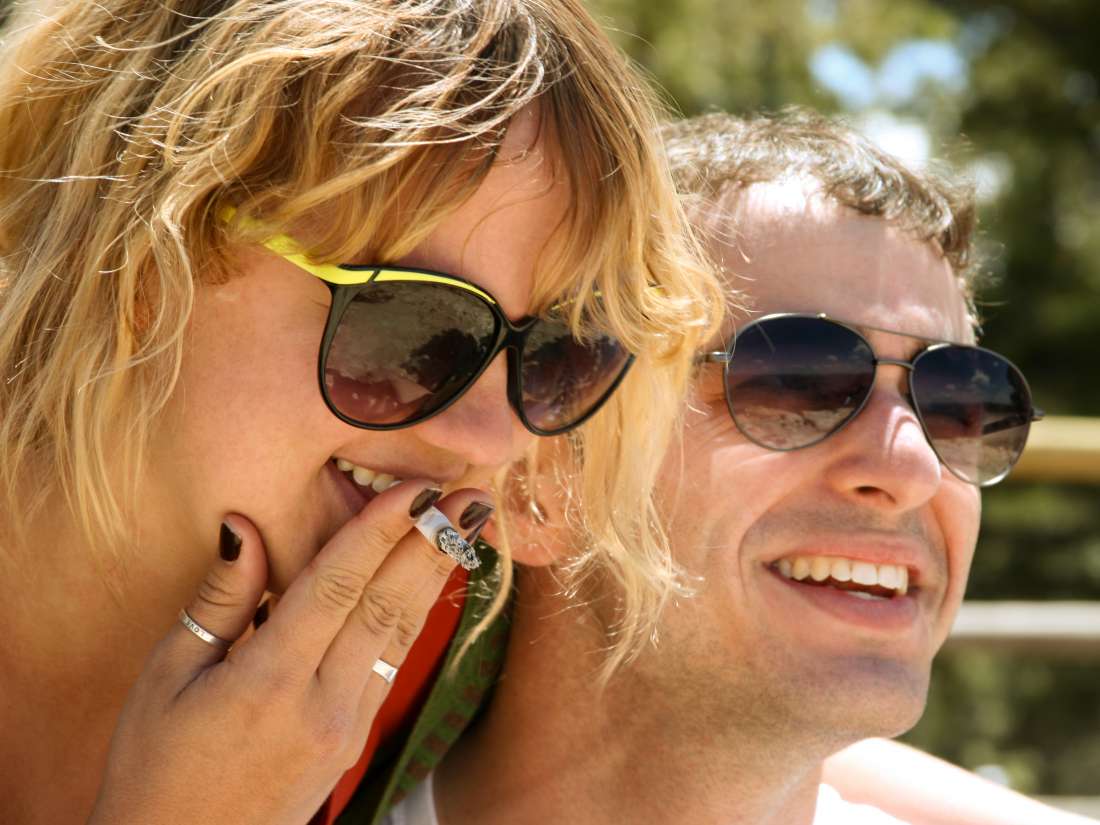 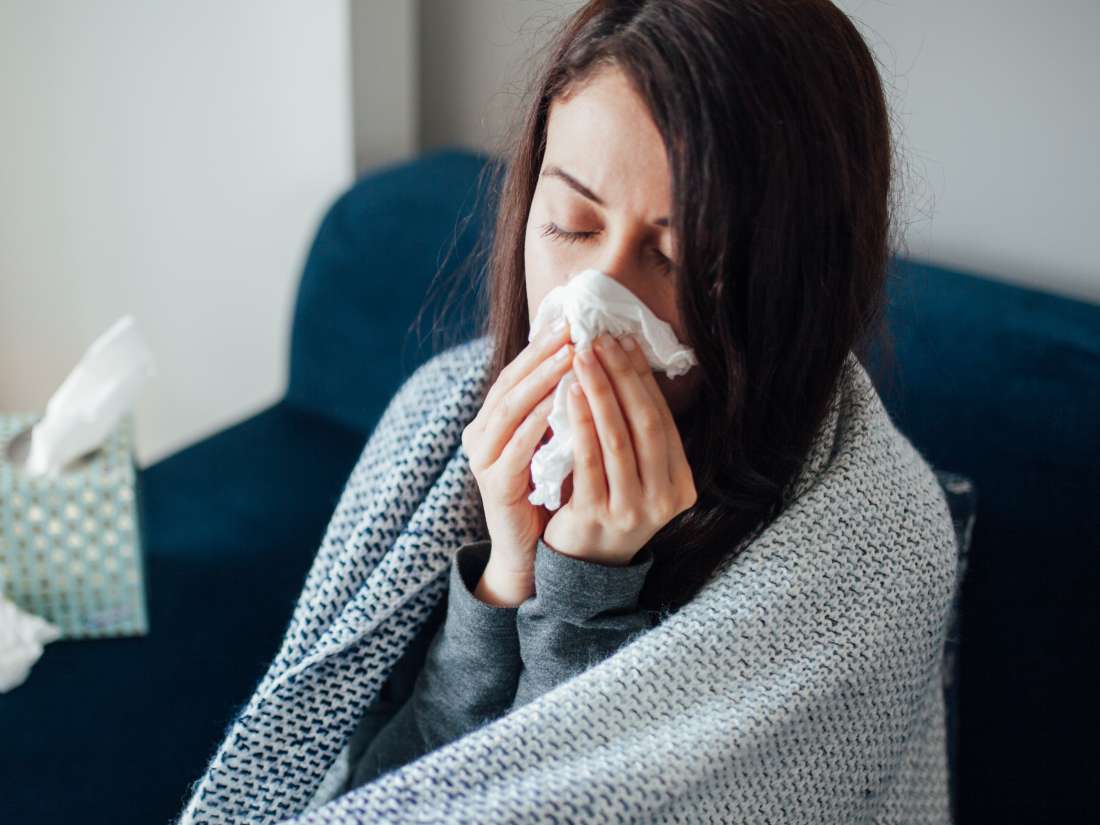 How does smoking weed affect a cold? Some people claim that smoking cannabis can alleviate cold symptoms, while others say that it can make them worse. Learn about the potential benefits and disadvantages of smoking cannabis with a cold. Read now 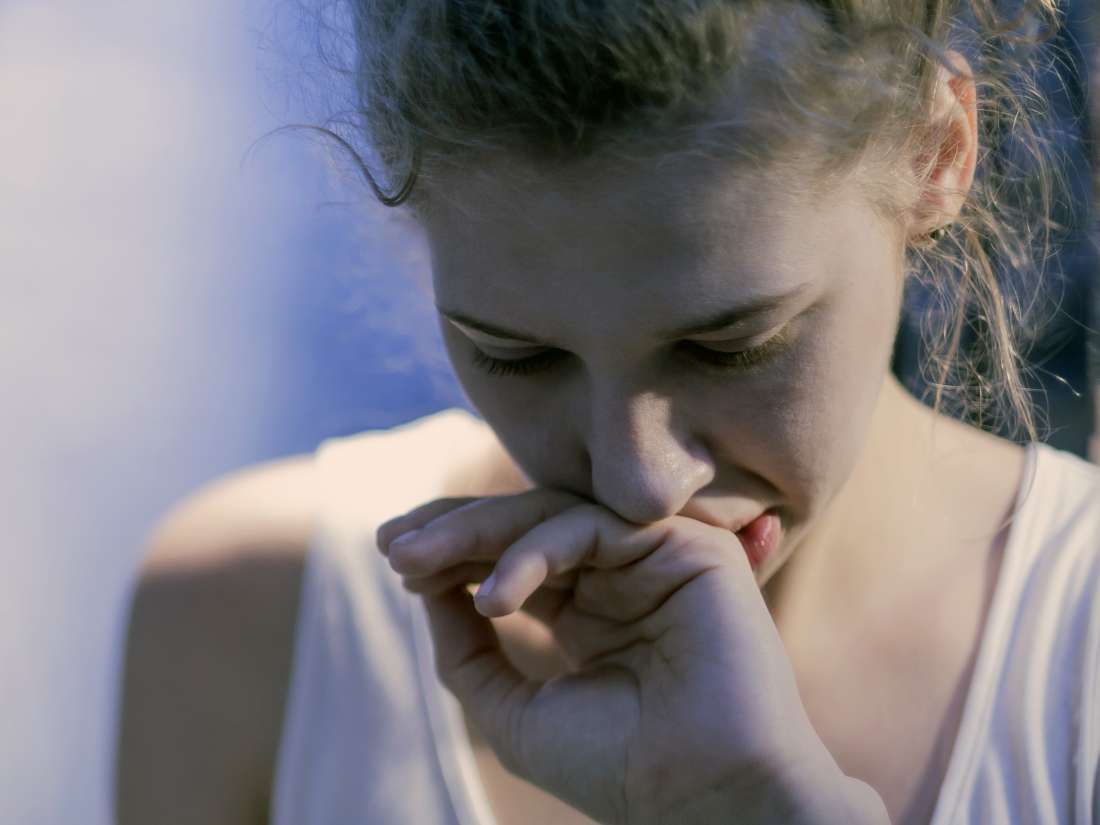 Pacher, P., et al. (2018). Cardiovascular effects of marijuana and synthetic cannabinoids: The good, the bad, and the ugly. [Abstract]. https://www.nature.com/articles/nrcardio.2017.130

Roberts, B. A. (2019). Legalized cannabis in Colorado emergency departments: A cautionary review of negative health and safety effects. https://www.ncbi.nlm.nih.gov/pmc/articles/PMC6625695/

The health effects of cannabis and cannabinoids: The current state of evidence and recommendations for research. (2017). https://www.ncbi.nlm.nih.gov/books/NBK423845/

The health effects of cannabis and cannabinoids: The current state of evidence and recommendations for research. 9. Injury and death. (n.d.). https://www.ncbi.nlm.nih.gov/books/NBK425742/