What to know about pathological liars

Lying is a common feature of social interactions among humans. This behavior even occurs in some animals, such as monkeys.

Lies often lead to some benefit. For example, a person may lie to avoid social embarrassment. While some people lie more frequently than others, it is not typically a sign of a mental health condition.

Pathological lying is different. It may be a sign of an underlying mental health condition, such as a personality disorder.

In this article, we discuss pathological lying in more detail, including how to recognize it and how to cope with this behavior in others.

What is pathological lying? 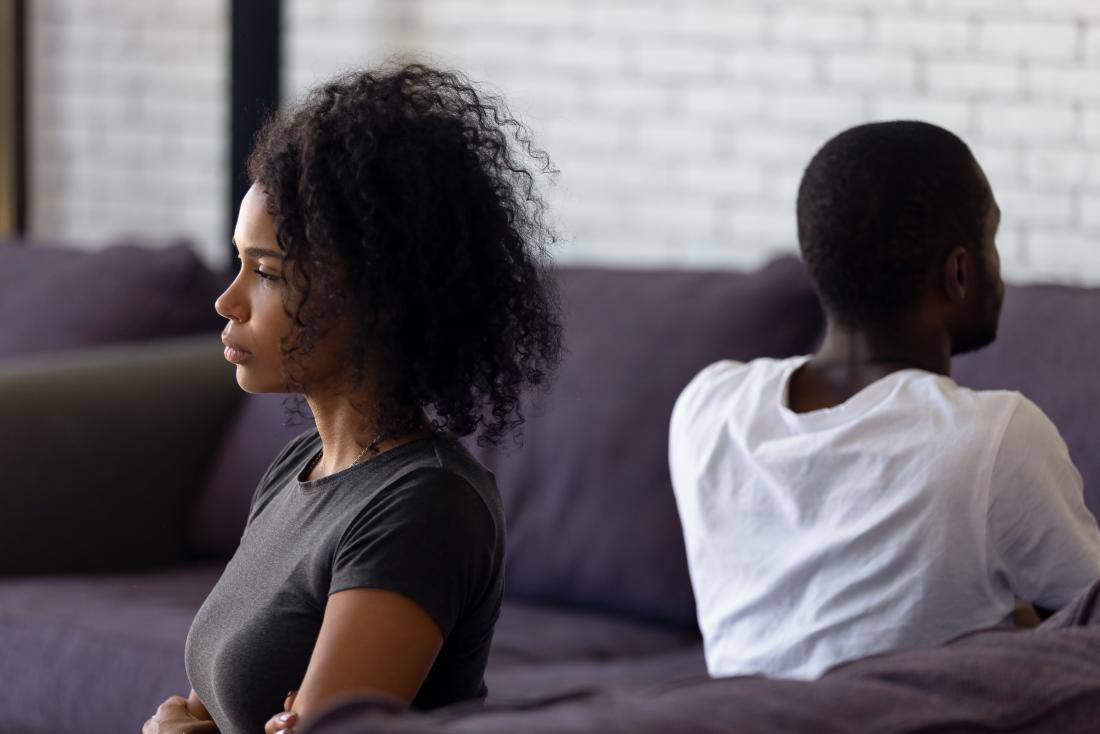 A pathological liar is someone who lies compulsively and without any clear benefit.

Lying refers to making a false statement to deceive others intentionally, often for some form of personal gain.

Nonpathological lying is commonplace and not a sign of any disorder. A person who pathologically lies will lie compulsively and without any clear benefit to themselves.

There have been some attempts to outline the differences between a pathological and a nonpathological lie, but more research is necessary to make appropriate distinctions.

A key feature of a pathological lie is that it has no obvious motivation. It is usually possible to determine why someone has told a lie — such as to benefit themselves or avoid an embarrassing or stressful social situation — but pathological lying occurs for no clear reason and does not seem to benefit the individual.

It is unclear whether a person who pathologically lies is aware of their deceit or is capable of thinking rationally about their lies.

Pathological lying can make socializing difficult and lead to significant interpersonal problems with loved ones and colleagues.

There has been little research in this area, and the causes of pathological lying are unknown.

It is unclear whether pathological lying is a symptom of another condition or a condition itself.

For instance, compulsive lying is a feature of several other conditions, such as factitious disorder and personality disorders.

Factitious disorder — sometimes called Munchausen's syndrome — is a condition in which a person acts as though they are physically or mentally ill when they are not.

Munchausen's syndrome by proxy is when someone lies about another person having an illness. This condition is most common in mothers, who feign illness in their child and lie to a doctor about it.

The causes of factitious disorder are unknown. Theories include:

Pathological lying is a possible symptom of certain personality disorders, including:

BPD is a condition that makes it difficult for a person to regulate their emotions. People with BPD may experience severe mood swings, feel greater instability and insecurity, and not have a stable sense of self.

The hallmarks of NPD are fantasies of immense importance and the need for admiration and special treatment.

Researchers argue that while pathological lying may, in theory, occur in people with APD, those with this condition often lie for personal gain or pleasure.

A person with BPD or NPD may lie to distort reality into something that fits with the emotions that they are feeling, rather than the facts.

These personality disorders can lead to significant challenges with interpersonal relationships. 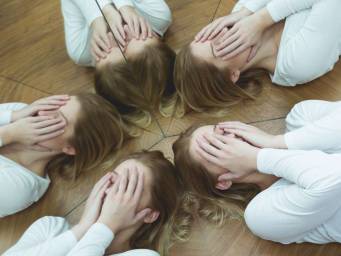 A case study of one person showing signs of pathological lying found that their behavior patterns were similar to those that can occur with frontotemporal dementia.

Frontotemporal dementia is a form of dementia that affects the frontal and temporal brain regions and causes changes in behavior and language.

These changes can include: 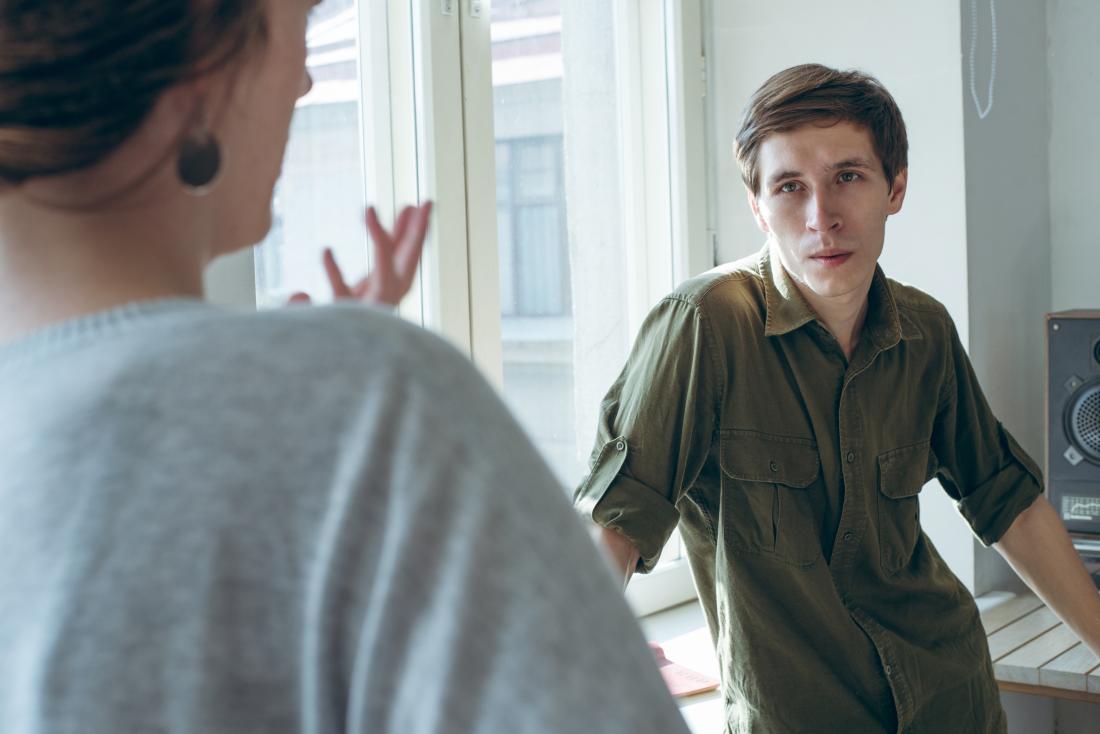 Pathological lies often differ from ordinary lies in that they are easy for others to verify as incorrect.

Pathological lies are compulsive and may start small. The lies can gradually become more elaborate and dramatic, particularly if they are necessary to cover up for an earlier lie. They often become complicated by unnecessary amounts of detail.

People who lie frequently are not necessarily pathological liars. The most distinguishing feature of a pathological lie is that it does not have a motive.

Therefore, a person who frequently exaggerates stories to make themselves appear more interesting or consistently lies to cover up mistakes that they have made is unlikely to be pathologically lying. These are clear motives that advance particular interests.

Pathological lies are easy for others to verify, which can ultimately be harmful to the person who tells them. For example, the individual may make false accusations or grandiose claims about their past that are simple for others to check.

Pathological lying is not a formal diagnosis, but a doctor or therapist may recognize the behavior as a sign of another underlying condition, such as a personality disorder or factitious disorder.

These disorders include overlapping symptoms, including compulsive lying. People with these conditions also display other signs.

It can be challenging for a doctor to determine whether someone is engaging in pathological lying because there are no psychological or biological tests for it.

To diagnose most mental health conditions, a doctor will use a clinical interview. If the person is not honest about their lying, it could be necessary for the doctor to talk with family members or friends to help identify patterns of pathological lying.

How to cope with someone who is a pathological liar

Coping with someone who lies pathologically can be challenging. Forming and maintaining a trusting relationship with this person can take time and patience.

It is important to remember that the person may not intend to cause harm or benefit from these lies. Pathological lying can be a compulsion, and it often leads to negative consequences for the person telling the lies. Therefore, try to avoid responding angrily or blaming them for the lies.

It is also helpful to be aware that pathological lying may be a sign of an underlying mental health condition. Talking to the person about whether they have any other symptoms can help them identify the problem and seek help from a doctor or therapist. 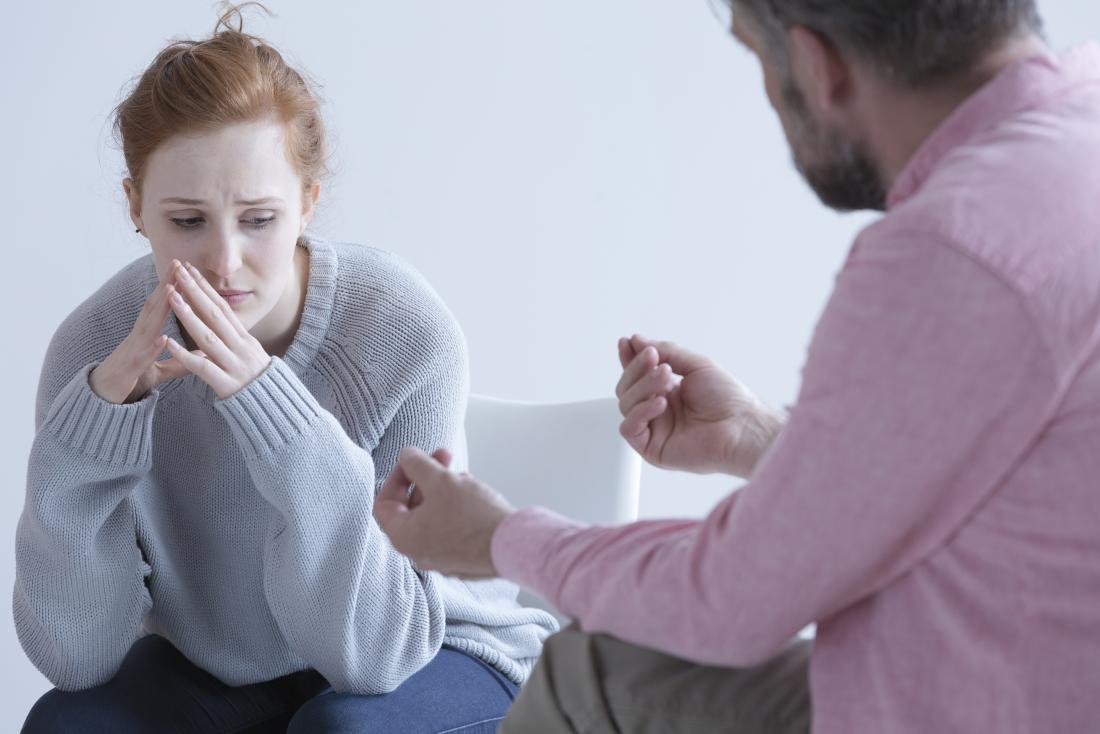 If a doctor suspects pathological lying is part of an underlying personality disorder, they may suggest psychotherapy.

As pathological lying is not a recognized condition, there are no formal treatments for it.

If a doctor suspects that an underlying condition is causing the lying, they may suggest treatment for that condition.

As pathological lying can be harmful to others, a doctor may also suggest therapy for those close to the individual. A therapist will work with them to help them manage their responses to the problem.

Pathological lying is when a person compulsively lies without a clear motive for doing so. The lies may become elaborate and detailed, but they are often easy to verify.

Pathological lies do not lead to any lasting benefit for the person who tells them, and they can be harmful to others.

It is vital to remember that the lying is a compulsion and that a person who pathologically lies does not intend to harm others or better themselves. 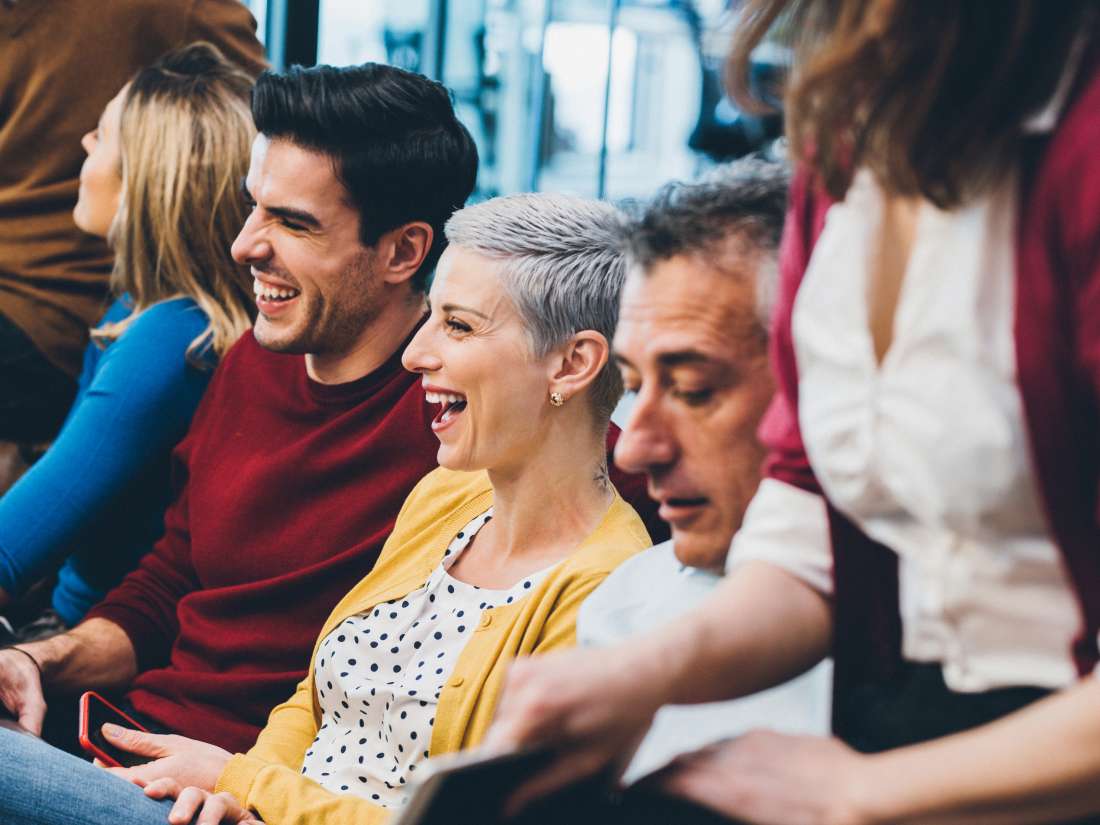 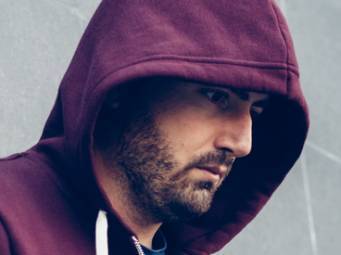 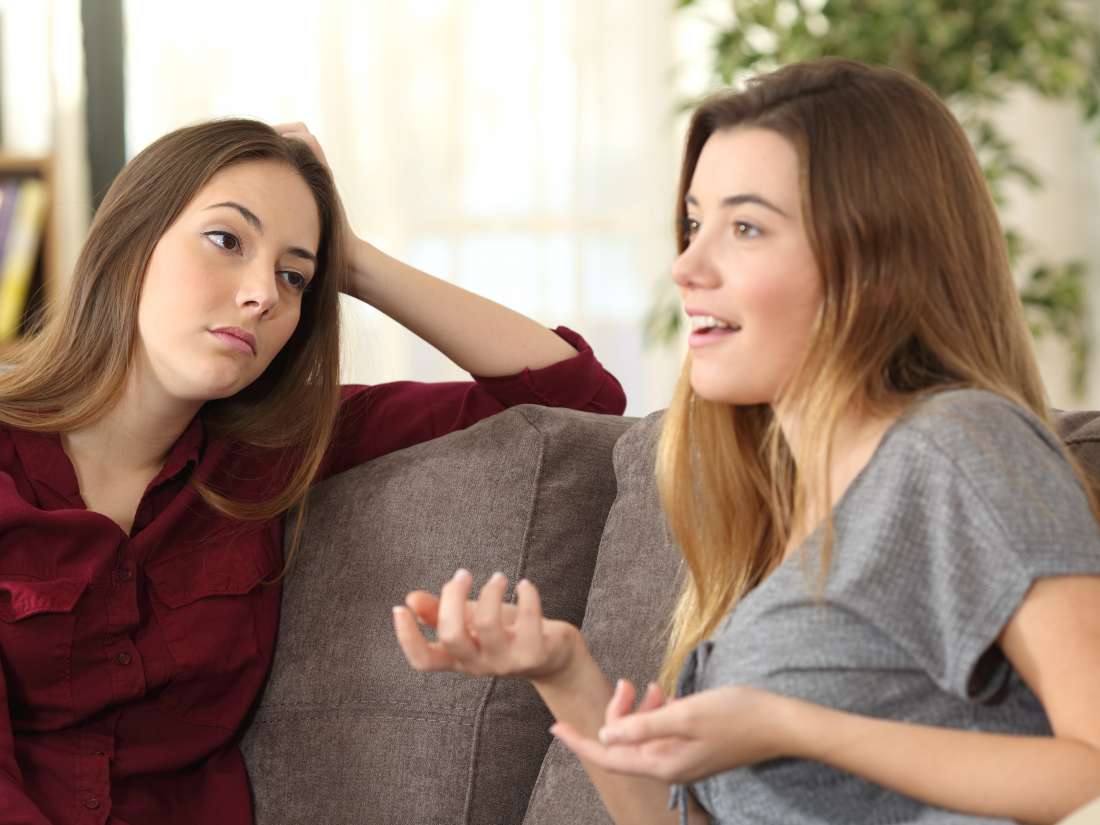 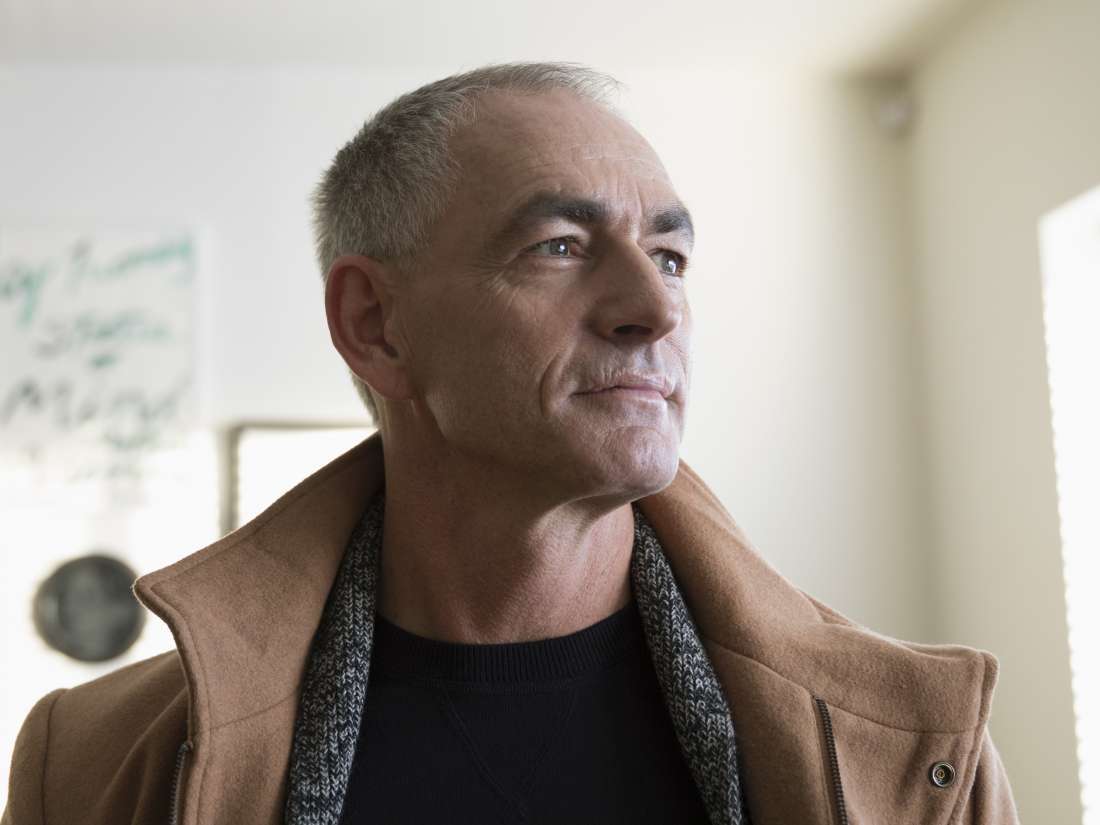 Frontotemporal dementia: What's to know? Frontotemporal dementia is a type of dementia that tends to start at a younger age than other types. Symptoms include changes in behavior and personality and a decline in thinking and coordination. It is thought to happen as parts of the brain shrink over time. Antidepressants and memory aids may help people cope. Read now 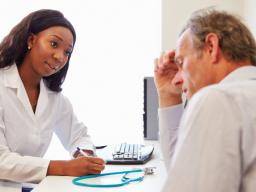 Munchausen syndrome, or factitious disorder imposed on self Munchausen syndrome, now known as factitious disorder imposed on self (FDIS), is a psychological condition in which a person fakes illness to receive medical treatment. They may feign symptoms, visit various doctors, and tamper with drugs or tests. It may result from problems with identity or low self esteem. Read now
email email
print
share share
Psychology / Psychiatry
Alcohol / Addiction / Illegal Drugs Mental Health

Why do narcissists and borderlines lie so much? (n.d.). https://www.bpdcentral.com/blog/?Why-Do-Narcissists-and-Borderlines-Lie-So-Much-24

APA
Kandola, A. (2019, August 7). "What to know about pathological liars." Medical News Today. Retrieved from
https://www.medicalnewstoday.com/articles/325982.php.