What is the difference between Concerta and Ritalin?

The difference between Concerta and Ritalin is how long their effects last.

This article provides information on the dosages, side effects, and differences between Concerta and Ritalin. 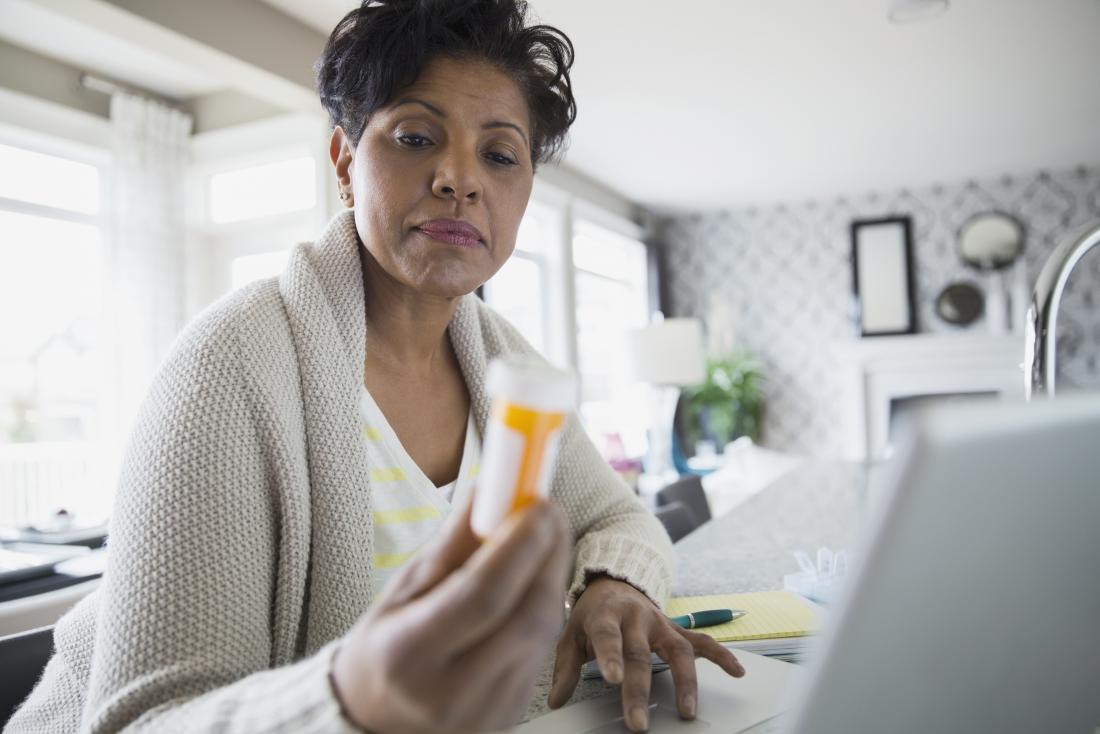 Both Concerta and Ritalin are drugs that a doctor may prescribe to treat ADHD.

Methylphenidate hydrochloride is a stimulant drug that doctors commonly use to help treat the symptoms of attention deficit hyperactivity disorder (ADHD). It can also treat narcolepsy, a sleep disorder.

The main differences between the two medications are how quickly they work and how long they remain effective.

Concerta is an extended release drug (ERD), which means that it releases into the bloodstream slowly. The effects of ERDs are usually longer lasting than those of regular medications.

Concerta provides a steady and prolonged increase in dopamine levels, which means that a single tablet can provide 10–12 hours of relief from ADHD symptoms.

Ritalin is available in the following three forms:

However, its effects tend to last only 3–4 hours. To maintain adequate dopamine levels, people may need to take several tablets per day at regular intervals.

As a treatment for ADHD, Ritalin SR provides 4–8 hours of symptom relief, while Ritalin LA is effective for up to 10 hours.

Concerta and Ritalin are common ADHD medications. They can also help treat narcolepsy.

Stimulant medications, including Concerta and Ritalin, work by increasing dopamine activity in the brain. They are the most common type of ADHD medication.

Dopamine is a brain chemical that plays a vital role in movement, attention, and motivation.

Research shows that people with ADHD tend to have problems with dopamine activity in the brain.

ADHD can cause the following symptoms: 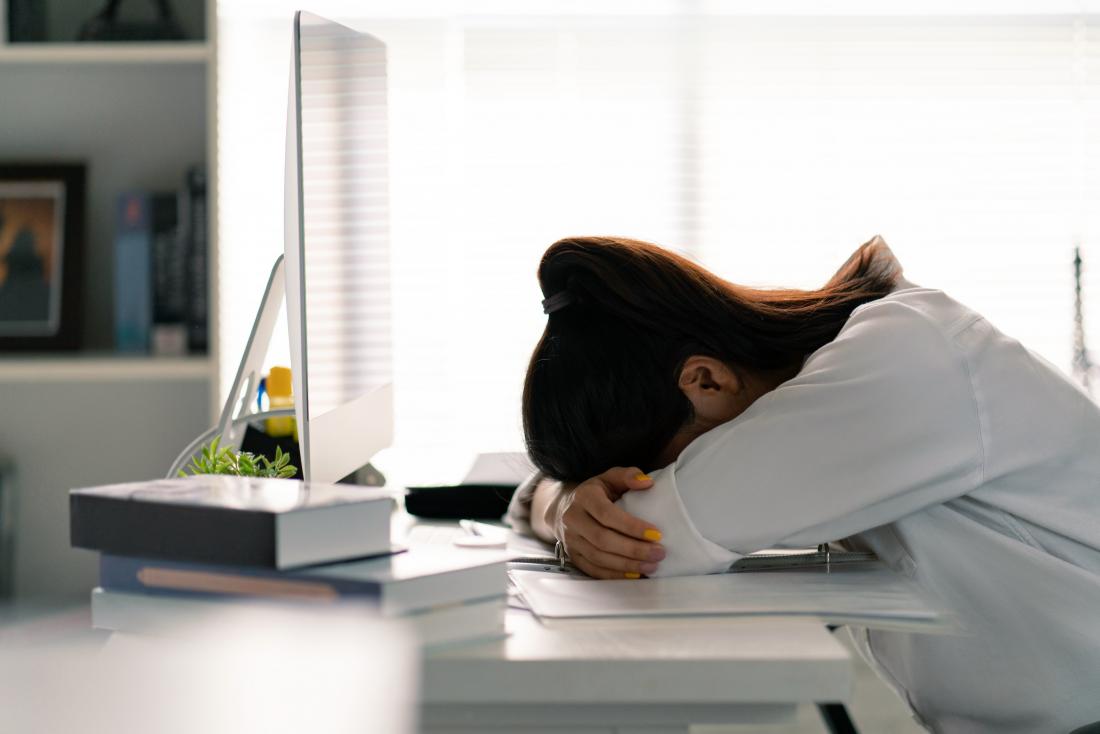 Concerta or Ritalin may help a person with narcolepsy feel more more awake and alert.

Narcolepsy is a rare sleep condition that can cause the following symptoms:

Experts believe that narcolepsy occurs due to the depletion of a particular type of brain cell.

These cells produce chemicals called hypocretins, which play an essential role in the sleeping and waking cycle. One of their functions is to prevent deep sleep from occurring at inappropriate times, such as during the day.

Taking Concerta or Ritalin can increase levels of norepinephrine and dopamine in the brain, which helps people feel more awake and alert. 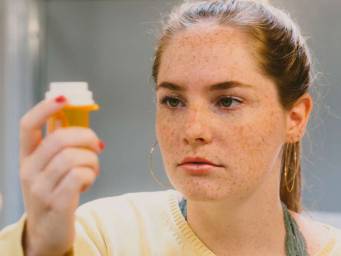 Guanfacine vs. Adderall: What is the difference?
In this article, learn about guanfacine and Adderall, which are two other ADHD medications, including the difference between them.
Read now

Since Concerta and Ritalin contain the same active ingredient, they also share the same side effects.

Common side effects of methylphenidate hydrochloride-based stimulants include:

A doctor will regularly monitor the heart rate and blood pressure of anyone taking methylphenidate hydrochloride, as these stimulants can cause problems with the heart and other parts of the circulatory system.

Possible cardiovascular side effects include:

Though very rare, there have also been reports of sudden death in people with heart problems or heart defects who have taken Ritalin.

Before taking stimulants, a person should notify their doctor if they or a family member have ever experienced heart or circulatory problems.

Concerta and Ritalin may also trigger or exacerbate the following psychiatric problems in people of all ages:

In particular, children and teenagers may develop symptoms such as hallucinations and delusional thoughts.

A person should tell their doctor if they or their child experience any concerning side effects.

Other serious side effects

Other side effects associated with methylphenidate hydrochloride include:

The correct dosage depends on which drug a person is taking, as well as their age and how they respond to its effects. A doctor will help a person find the lowest possible effective dosage.

For children and adolescents taking methylphenidate hydrochloride for the first time, the starting dosage is typically 18 milligrams (mg) once per day. A doctor may slowly increase this dosage until it is effective.

All dosages must stay within the maximum daily dose (MDD) of 54 mg per day for children aged 6–12 years and 72 mg per day for adolescents and adults.

For adults who are new to Concerta or Ritalin, a doctor will usually recommend a starting dosage of either 18 mg or 36 mg per day. They may increase this by 18 mg each week, up to the MDD of 72 mg.

When taking IR Ritalin, a person must divide their overall daily dosage into two or three smaller doses.

Ritalin is not suitable for children under 6 years of age. For children over the age of 6, the Food and Drug Administration (FDA) recommend a starting dosage of 5 mg of Ritalin twice per day.

A doctor may gradually increase this dosage by 5 mg or 10 mg each week. Children should not exceed the MDD of 60 mg of Ritalin per day.

The usual dosage for adults is around 20–30 mg of Ritalin per day. Some people may need more or less than this, so a doctor will determine the most appropriate dosage of Ritalin for each person.

As an alternative to standard IR Ritalin, people may be able to take Ritalin SR or Ritalin LA. These slow release drugs require a person to take fewer doses throughout the day.

IR Ritalin may be a better option for people who require immediate symptom relief. However, some people may notice that their symptoms return before they are due to take the next dose.

For people looking to take fewer tablets throughout the day, Ritalin LA or Concerta may be more suitable. Concerta provides the longest lasting effects.

It is best to speak with a doctor about the advantages and disadvantages of each type of medication. 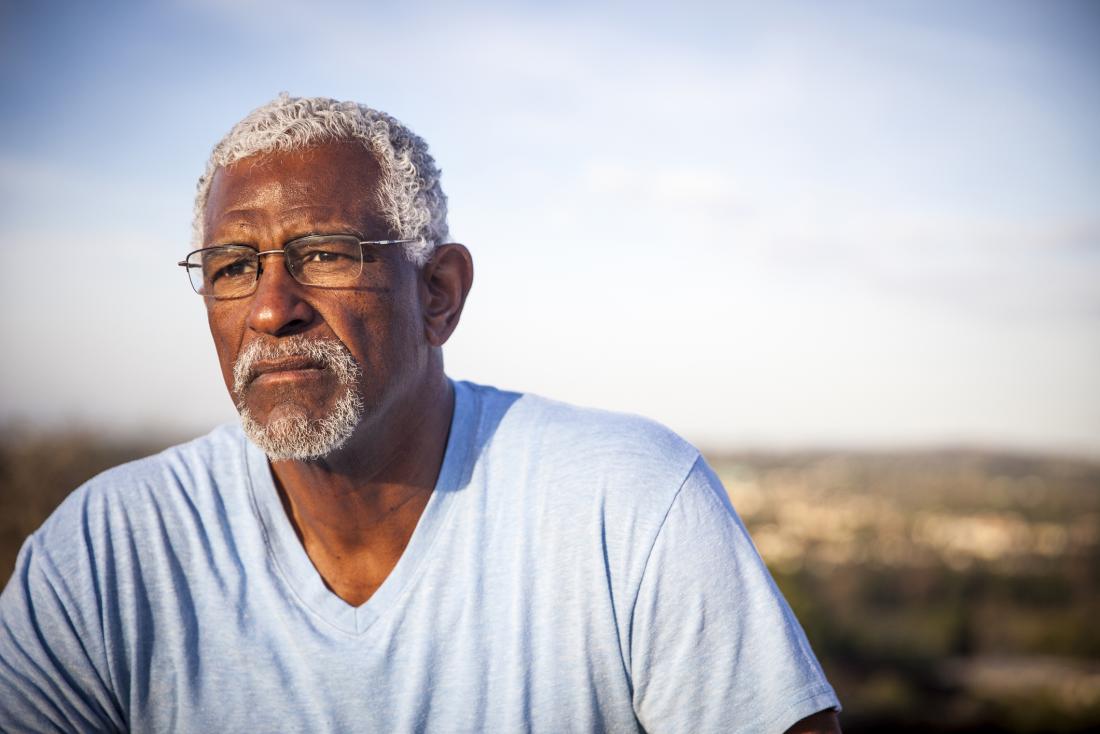 If a person abruptly stops taking a stimulant drug, they may experience depression, sleep problems, or fatigue.

Sometimes, long-term use of prescription stimulants such as methylphenidate hydrochloride can lead to tolerance. If a person develops a tolerance, they may need to increase the amounts of a drug they take in order for it to remain effective.

People who take large dosages of a drug for an extended period of time may also develop a drug dependence. Abruptly stopping a drug or rapidly decreasing the dosage can result in withdrawal.

People in withdrawal may experience a relapse in the condition or symptoms they were taking the drug to treat.

Some common symptoms of withdrawal from stimulant drugs include:

It is important to take care when using Concerta and Ritalin. Always stay within the doctor-recommended dosage and keep medications out of reach of children.

It is possible to overdose on methylphenidate hydrochloride. An overdose is a life-threatening emergency, so anyone who has taken too much Concerta or Ritalin requires urgent medical attention.

The main differences between the medications are how quickly they work to relieve symptoms and how long their effects last.

Both Concerta and Ritalin can cause a range of side effects. People with certain preexisting medical conditions are more likely to experience side effects. A doctor will decide whether either drug is suitable for a particular person.

Methylphenidate hydrochloride also has the potential for dependence and misuse. People who feel that they may be developing a dependence on their prescription medication should speak to their doctor as soon as possible. 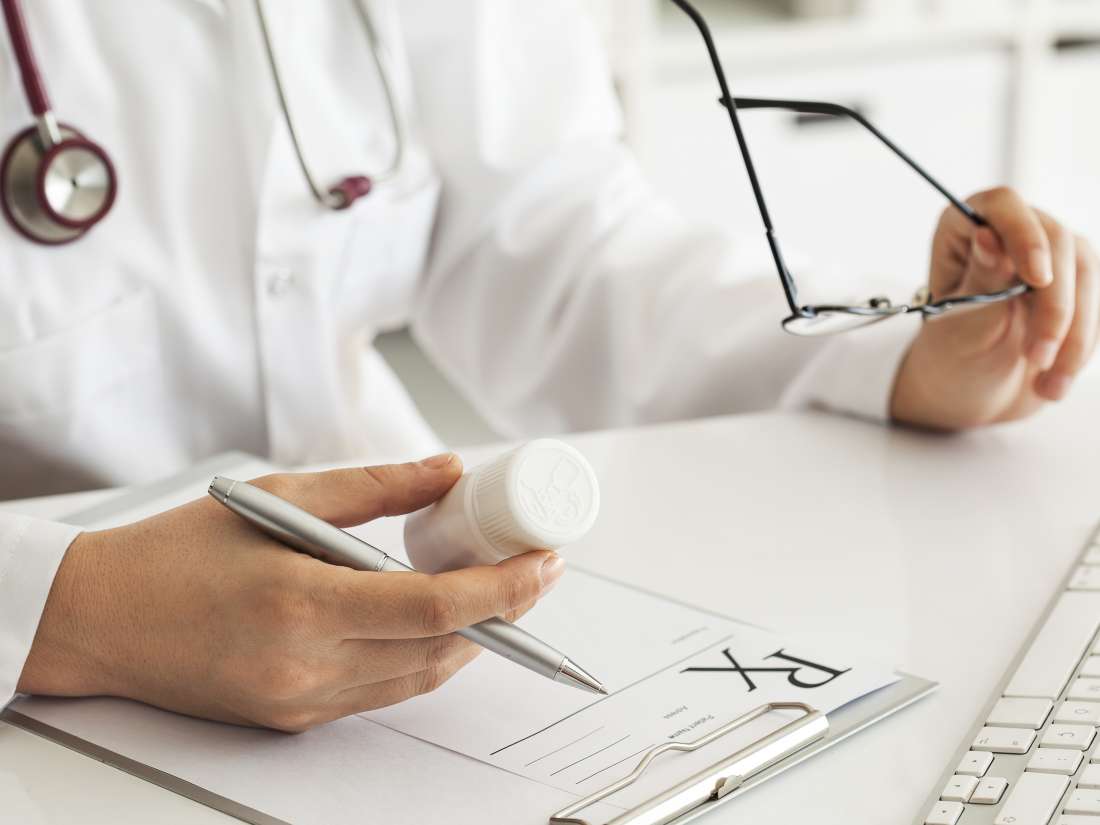 Ritalin vs. Adderall: What's the difference? Ritalin and Adderall are different types of stimulant medication that doctors can prescribe to help treat ADHD. Learn about the differences between them and the possible side effects here. Read now 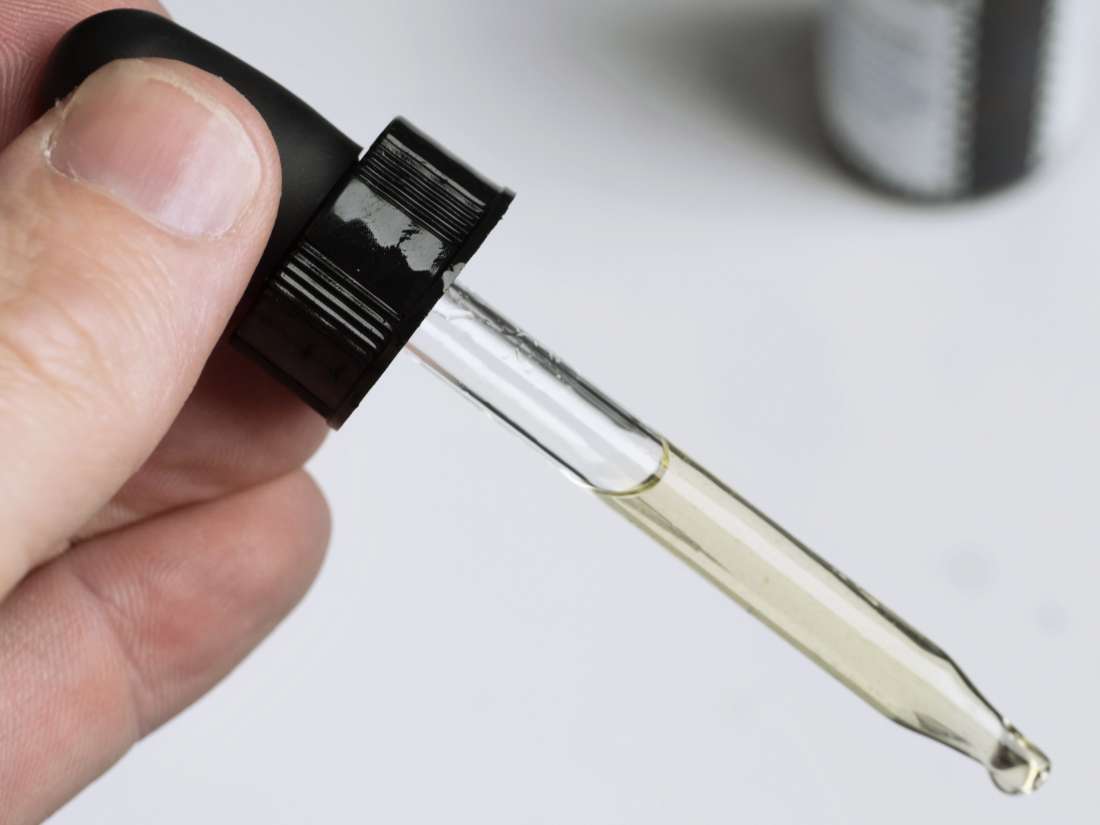 CBD oil for ADHD: Does it work? CBD oil is a popular alternative remedy for a variety of medical conditions. In this article, learn about whether it can help treat ADHD and whether it is safe for children to use. Read now 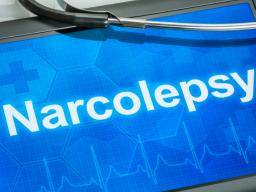 What to know about narcolepsy Narcolepsy is a chronic sleep disorder where the brain is unable to regulate the body's sleep-wake cycles. A person may fall asleep unexpectedly. Read now 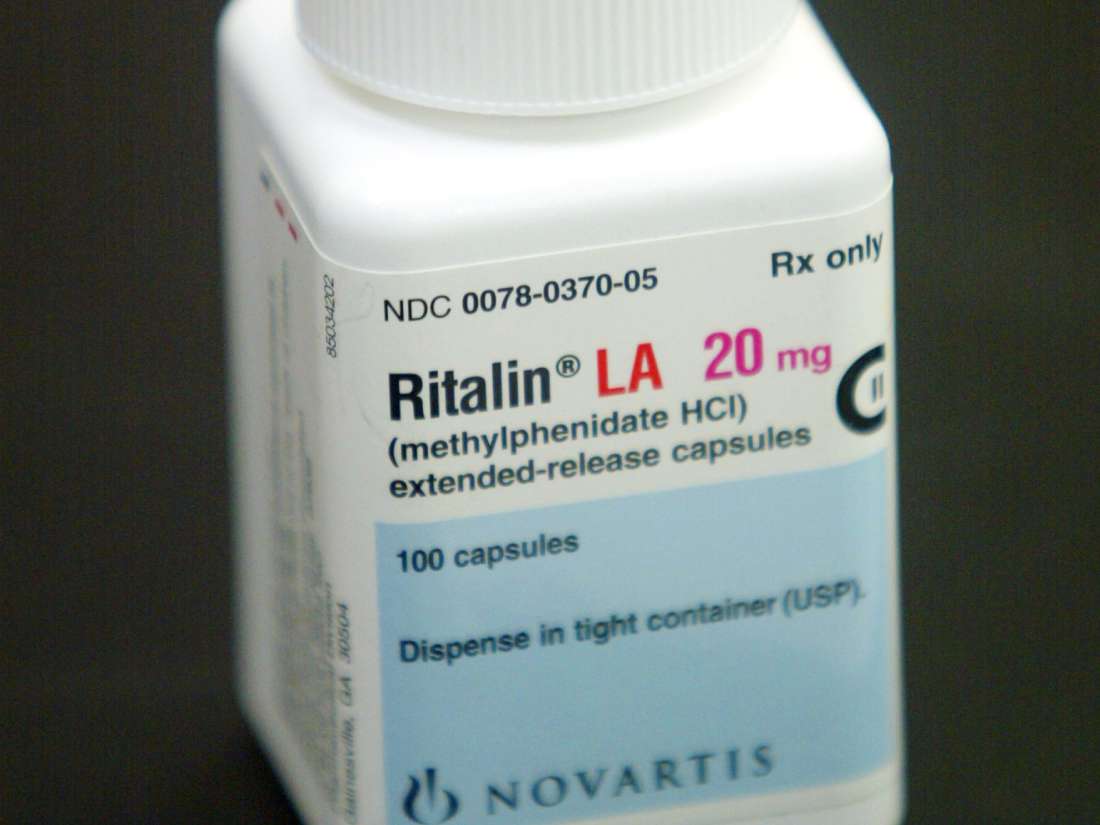 What are the side effects and risks of Ritalin? Ritalin (methylphenidate) is a stimulant medication for the treatment of ADHD and narcolepsy. Ritalin can cause side effects and has the potential for misuse and addiction. Researchers are investigating the long-term safety and effectiveness of this drug in children and adolescents. Learn more here. Read now 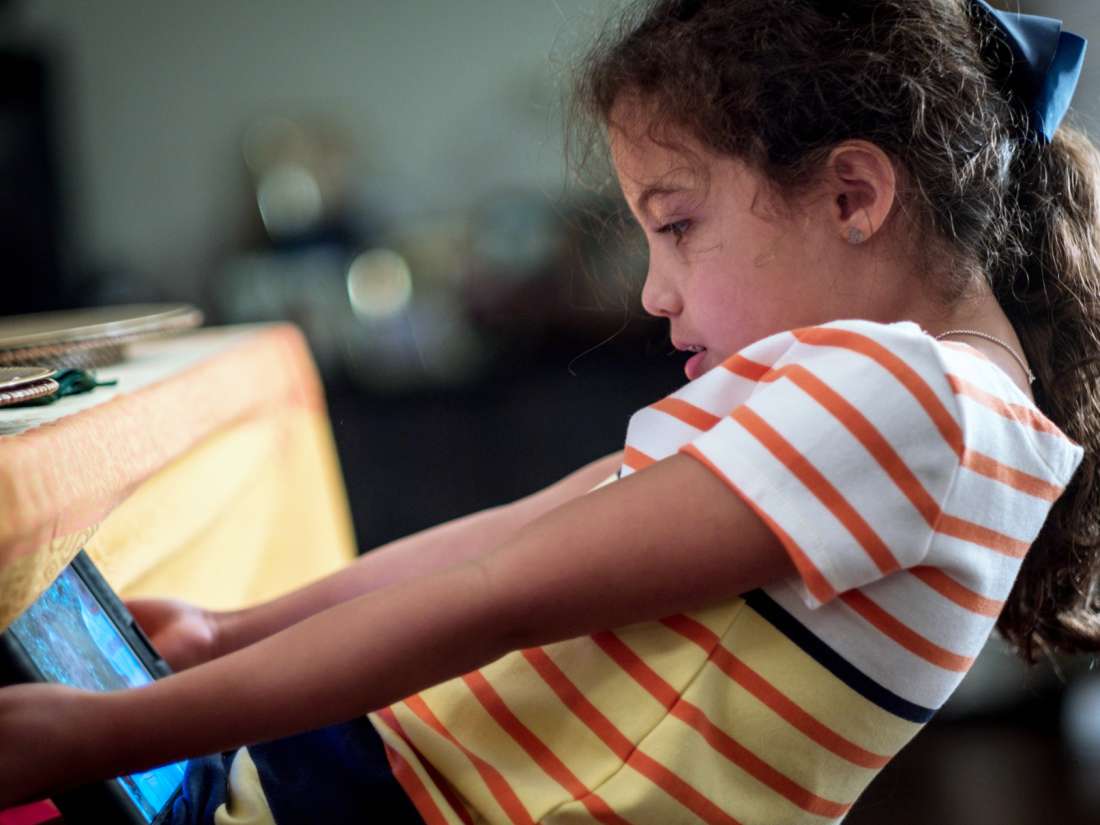 Medications used in the treatment of ADHD. (n.d.). https://chadd.org/for-parents/medications-used-in-the-treatment-of-adhd/

The science of narcolepsy. (2018). http://healthysleep.med.harvard.edu/narcolepsy/what-is-narcolepsy/science-of-narcolepsy

What are prescription stimulants? (2018). https://www.drugabuse.gov/publications/drugfacts/prescription-stimulants

APA
Lillis, C. (2019, July 3). "What is the difference between Concerta and Ritalin?." Medical News Today. Retrieved from
https://www.medicalnewstoday.com/articles/325656.php.