What causes pupils of different sizes?

Usually, the pupils in each eye dilate or constrict at the same time. When they do not, the pupils may appear to be different sizes.

The medical term for pupils of different sizes is anisocoria. Anisocoria is a symptom of many conditions but is not a condition on its own.

In this article, learn about the possible causes for pupils of different sizes, as well as when to see a doctor.

If a person's pupils are suddenly different sizes, it is best to seek medical attention. While not always harmful, a sudden change can indicate serious and dangerous medical conditions.

It is especially important to seek medical attention if the change occurs after an injury or with other symptoms. 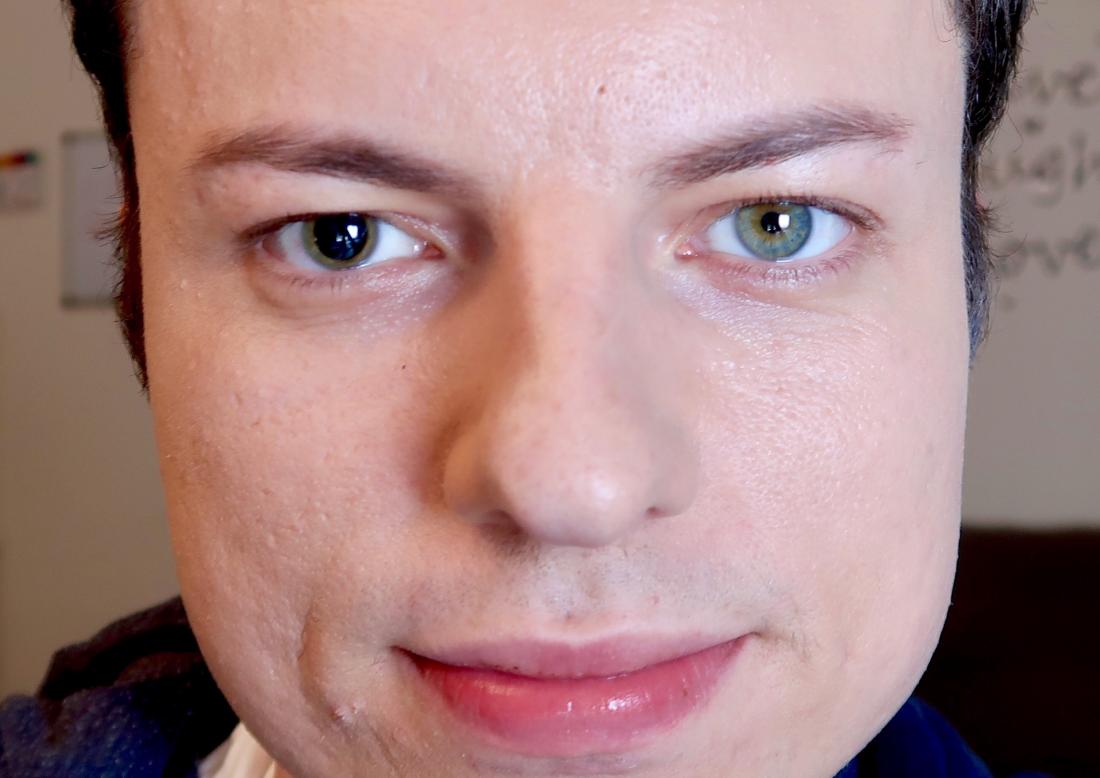 Physiological anisocoria is the most common type of anisocoria.
Image credit: ThomasBonini, 2019

There are three types of anisocoria:

About 15–30% of the population experiences physiological anisocoria. The difference between the pupil sizes is more or less constant, even when the light changes, and is not usually of concern.

Mechanical anisocoria: This type of anisocoria is the result of physical damage to the eye, such as an injury or a condition that causes inflammation to the eye.

Pathological anisocoria: This type is when the difference in pupil size comes from one of the following: 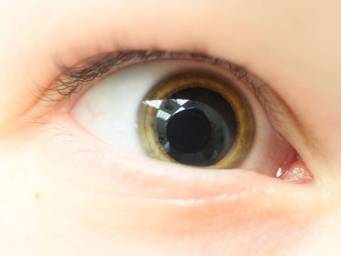 Causes and treatment for dilated pupils
The pupils usually constrict in bright light. Find out what can cause them to remain dilated here.
Read now

Anisocoria may not have an underlying cause. Physiological anisocoria is when there is a natural, small difference in the size of a person's pupils. This is not harmful and does not require treatment.

However, a sudden and pronounced change in one pupil size can indicate a medical condition.

Medical conditions that may lead to anisocoria include: 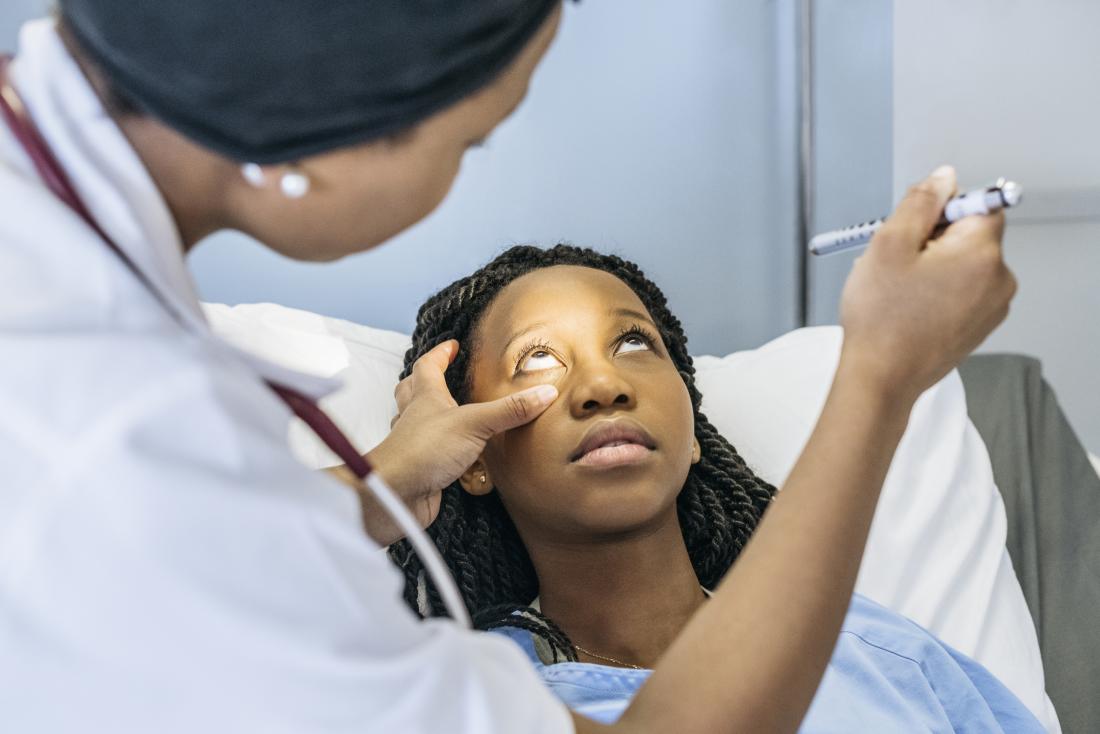 Third nerve palsy or Horner's syndrome may cause anisocoria.

Third nerve palsy (TNP) can cause the pupils to be different sizes.

Causes of TNP include a brain hemorrhage, trauma, or aneurysm. Anyone experiencing symptoms after a head injury must see a doctor.

Aside from the pupils being different sizes, other symptoms of TNP include:

TNP can be due to pressure on the third nerve from an artery aneurysm. An aneurysm causes pain and is a life-threatening condition that needs immediate attention.

People with Horner's syndrome have one abnormally large pupil. They will also have all or some of the following symptoms:

Tonic pupil is where one pupil will appear abnormally large in light, taking a long time to constrict. It is not a life-threatening condition.

Although usually not harmful, having a tonic pupil may lead to someone becoming miotic, or chronically having a small pupil.

Certain medications can also cause pupils to be different sizes.

Physical problems with the eyes that can cause the pupils to be different sizes include:

In cases of pathological anisocoria, medical professionals need to determine which pupil is abnormal by looking at how they react in different lights.

In the light, the pupil that is bigger is usually the abnormal pupil. In this case, doctors may suspect third nerve palsy and would do a CT or MRI scan for diagnosis.

In the dark, the smaller pupil is usually the abnormal pupil. In this case, doctors may diagnose Horner's Syndrome. 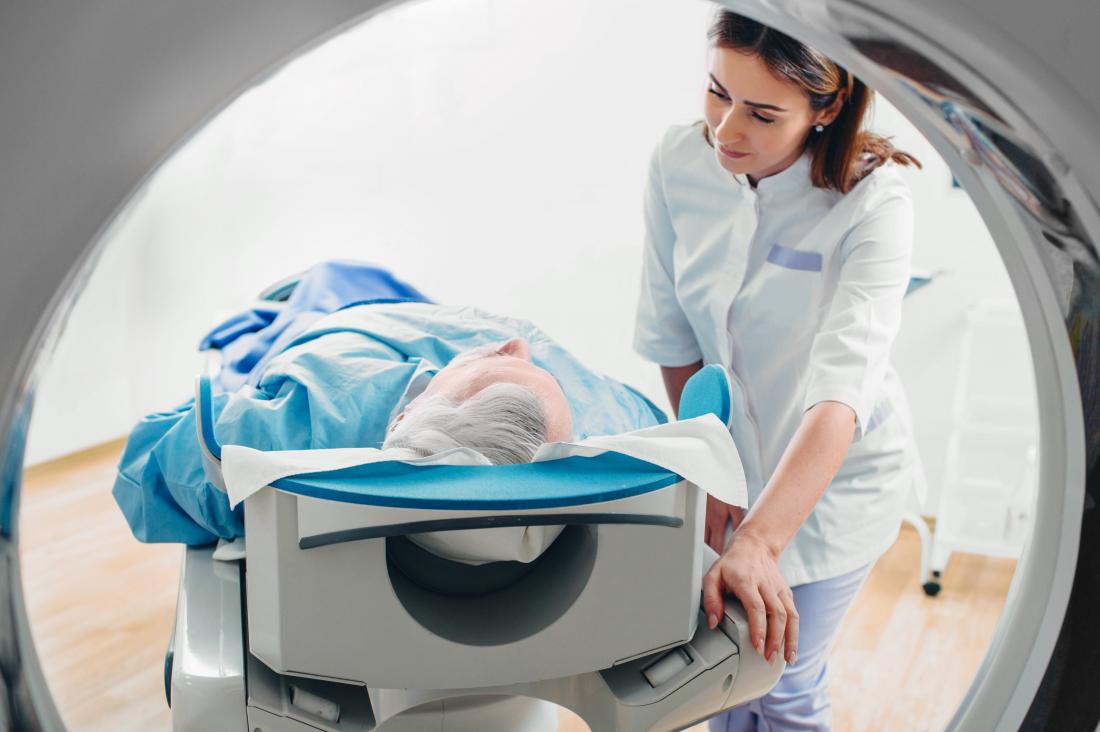 With pathological anisocoria, a doctor may recommend a CT scan to rule out dangerous underlying causes.

People with physiological anisocoria do not usually need treatment, as it is typically harmless.

Mechanical anisocoria may require surgery to correct the damage a trauma has caused.

If the damage is due to an underlying condition, such as uveitis or glaucoma, a doctor will develop an individualized treatment plan.

If a person's medication is causing anisocoria, a doctor may recommend a different drug. The symptoms of tonic pupil often subside with glasses and a prescription for pilocarpine.

With pathological anisocoria, such as TNP or Horner's Syndrome, a doctor must first rule out dangerous underlying causes, such as stroke, tumor, hemorrhage, and aneurysm. They will usually use physical tests and scans, such as CT scans or MRIs, as soon as possible.

The medical term for pupils of different sizes is anisocoria, and doctors categorize this into three further types, depending on the underlying cause.

Many people have very slight differences in the size of their pupils, which is usually not harmful. However, significant size differences or symptoms that come on suddenly can be a sign of dangerous health problems, including a brain aneurysm.

If the pupils change suddenly or with other symptoms, such as drooping or other abnormalities, contact a doctor immediately. 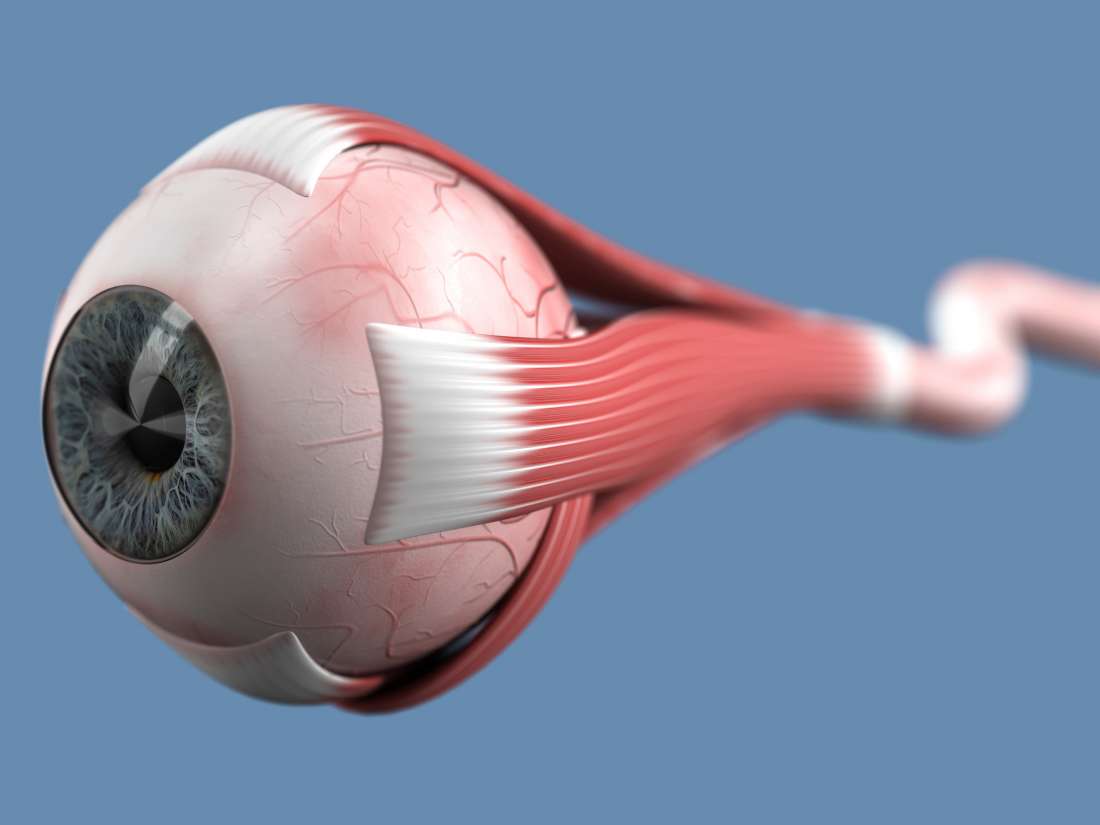 What is optic neuritis? Learn all about optic neuritis, a condition where the optic nerve is inflamed. This article looks at the symptoms, treatments, and causes. Read now 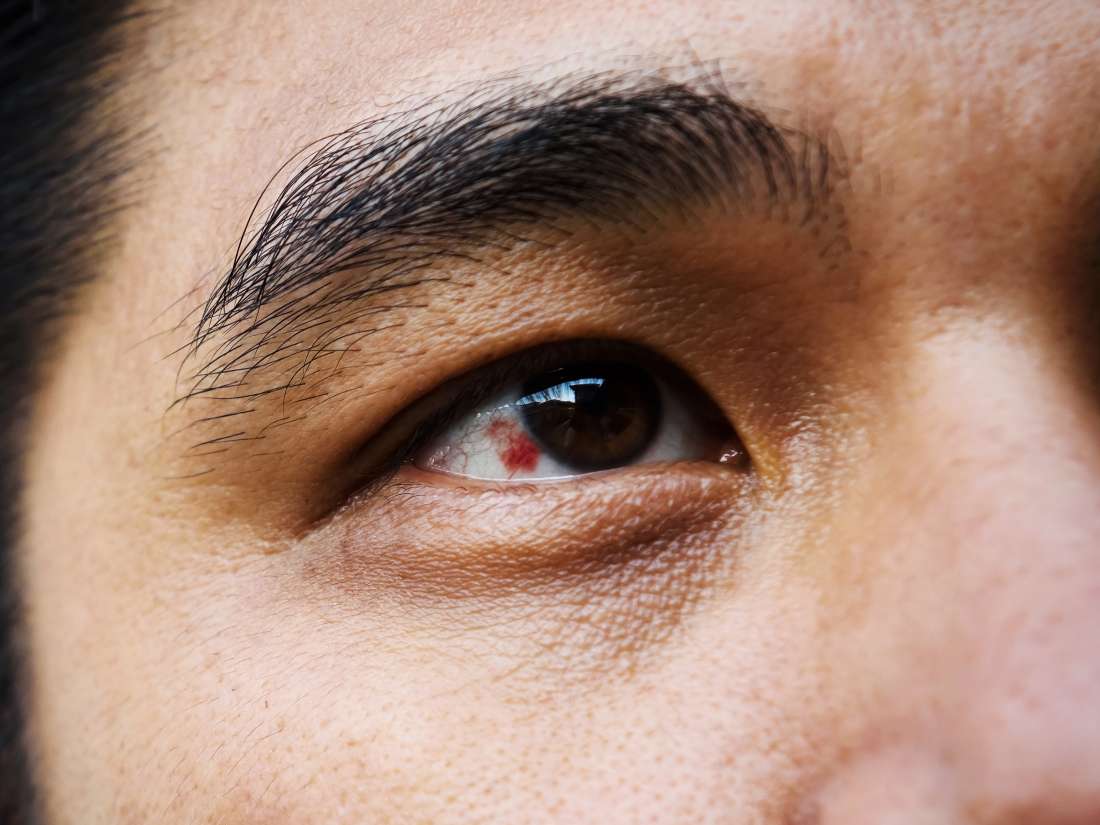 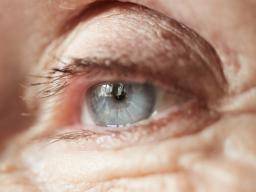 How does arthritis affect the eyes? Arthritis is known to cause inflammation in the joints, but it can also affect other parts of the body, including the eyes. Problems range from dry eyes and inflammation of the whites of the eye to cataracts and glaucoma. If arthritis is affecting a person's vision and eye health, they should see a doctor. Read now 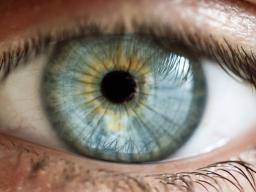 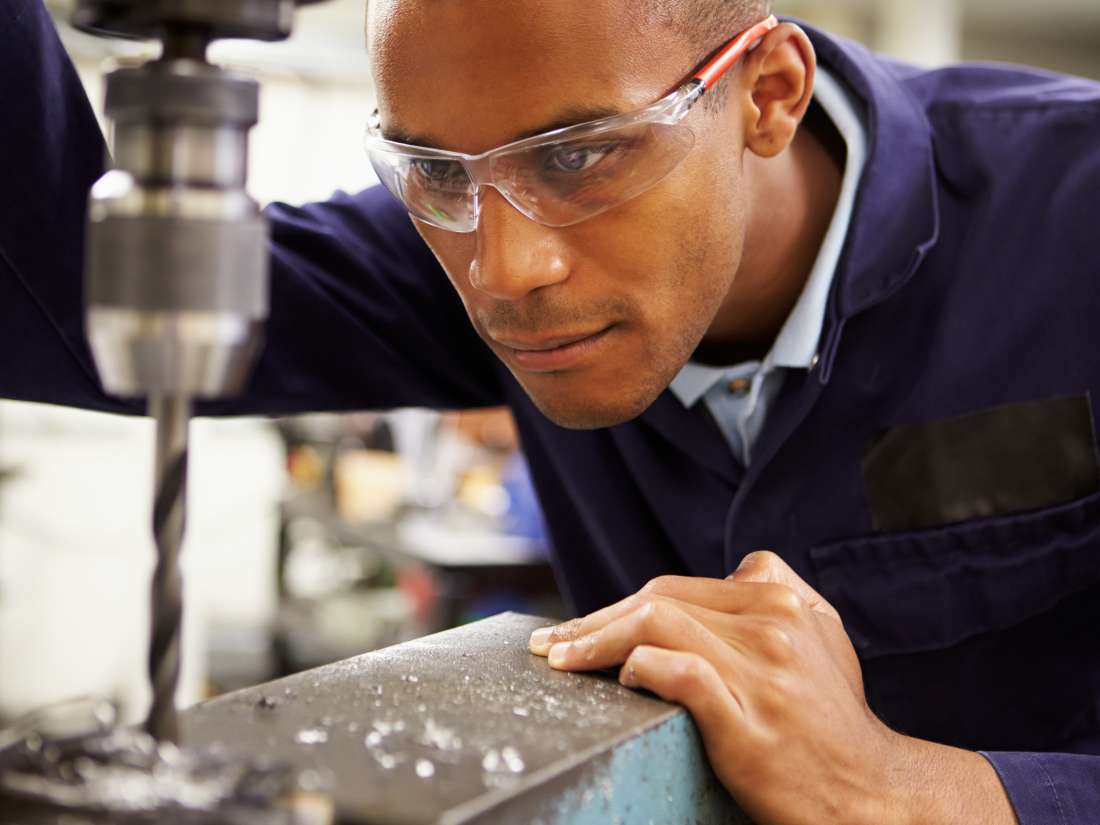 How to improve and protect eyesight without glasses There are many natural ways a person can help protect and improve their eyesight without the need for corrective glasses. This can include simple things such as washing hands, quitting smoking, getting enough vitamins, and protecting the eyes. Learn more here. Read now
email email
print
share share
Eye Health / Blindness
Emergency Medicine Neurology / Neuroscience