CBD is one of more than 100 compounds called cannabinoids. These occur naturally in the cannabis plant.

While CBD is similar to tetrahydrocannabinol (THC), the two compounds act differently in the body. THC is responsible for the feelings of euphoria, or the "high," that a person experiences while using cannabis.

CBD does not have these effects on the body — it does not cause a high or feelings of euphoria.

In this article, learn about the potential for CBD to help relieve the symptoms of depression. CBD may not be right for everyone, and there are some other things to consider before using CBD treatment for any condition.

CBD could be useful in treating depression, as it appears to have a positive interaction with serotonin receptors in the brain.

Depression and anxiety disorders are common mental health conditions that can have lasting effects on a person's health, social life, ability to work, and overall well-being.

A doctor may prescribe pharmaceutical drugs to help a person treat or manage depression. Many of these drugs have difficult side effects, such as mood swings, sleeplessness, and sexual dysfunction.

CBD has shown promise in initial studies as a treatment for both depression and anxiety, and it may cause fewer side effects in some people.

The findings of research from 2014 may help explain why CBD could be useful in treating depression. They indicate that, in most studies, CBD appears to have a positive interaction with serotonin receptors in the brain.

Serotonin impacts a range of functions in the body, including a person's emotional state and feelings of well-being or happiness. Keeping serotonin levels balanced is often a key therapy for people with depression.

What the research says

Testing in animal models has provided some evidence for the use of CBD to help treat depression.

According to the authors of the 2014 review, results from a variety of studies indicate that CBD appears to act as an antidepressant and antianxiety compound in animal models of depression.

Authors of a review from 2018 also noted that many studies have shown the anti-stress and antidepressant activity of CBD in animal models.

The compound exhibits a clear anti-stress effect after short- or long-term use. In certain tests, CBD acted as an antidepressant.

The authors also found that the compound worked without activating the brain's endocannabinoid receptors directly, which may indicate that there is less risk of CBD becoming habit-forming, or addictive.

Researchers have even studied CBD's potential to help reduce cravings in people with opioid use disorder.

In a study from 2018, researchers indicated that CBD has promise as a fast-acting antidepressant.

Most researchers conducting animal studies of CBD call for more direct research in humans, but their initial results are an essential step toward establishing how CBD works in the body. 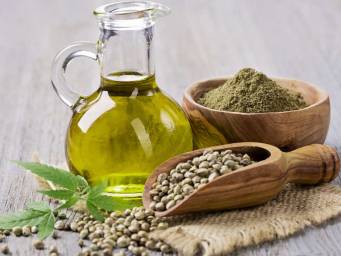 Can CBD oil help anxiety?
Learn more about the potential benefits of CBD for anxiety in this article.
Read now

CBD for panic and anxiety

Taking CBD may be helpful for people with anxiety or panic disorder.

Some studies in humans show that CBD may be useful for other issues commonly associated with depression, such as anxiety or panic disorder.

A 2017 review of the potential benefits of CBD for panic disorder found some positive results.

According to the authors, panic disorder affects approximately 5 percent of the worldwide population and causes unexpected and recurring panic attacks.

In human models, a single dose of 300 milligrams (mg) of CBD caused a notable decrease in anxiety levels after a simulated public speaking test, according to one study in the review.

Another found that 600 mg of CBD caused a significant reduction of anxiety measures in people with social anxiety disorder.

Taking CBD orally, inhaling it, or using it topically does not appear to cause side effects.

However, if a person is sensitive to the compounds in CBD, they may experience:

CBD can also interact with a range of medications and increase liver toxicity. The CBD product Epidiolex, which has received Food and Drug Administration (FDA) approval, carries a warning about the risk of liver problems among people who use it.

Researchers tested Epidiolex on mice in a 2019 study in the journal Molecules. They found that the mice receiving higher doses developed liver problems within a day.

Although the results of a rodent study may not translate directly to the human body, they do demonstrate that a product being natural does not necessarily mean that it is completely safe in high doses.

Anyone considering using CBD should speak to a doctor about existing medications to check for any interactions. CBD may interact with certain over-the-counter medicines and dietary supplements, as well as prescription medications.

How to use it 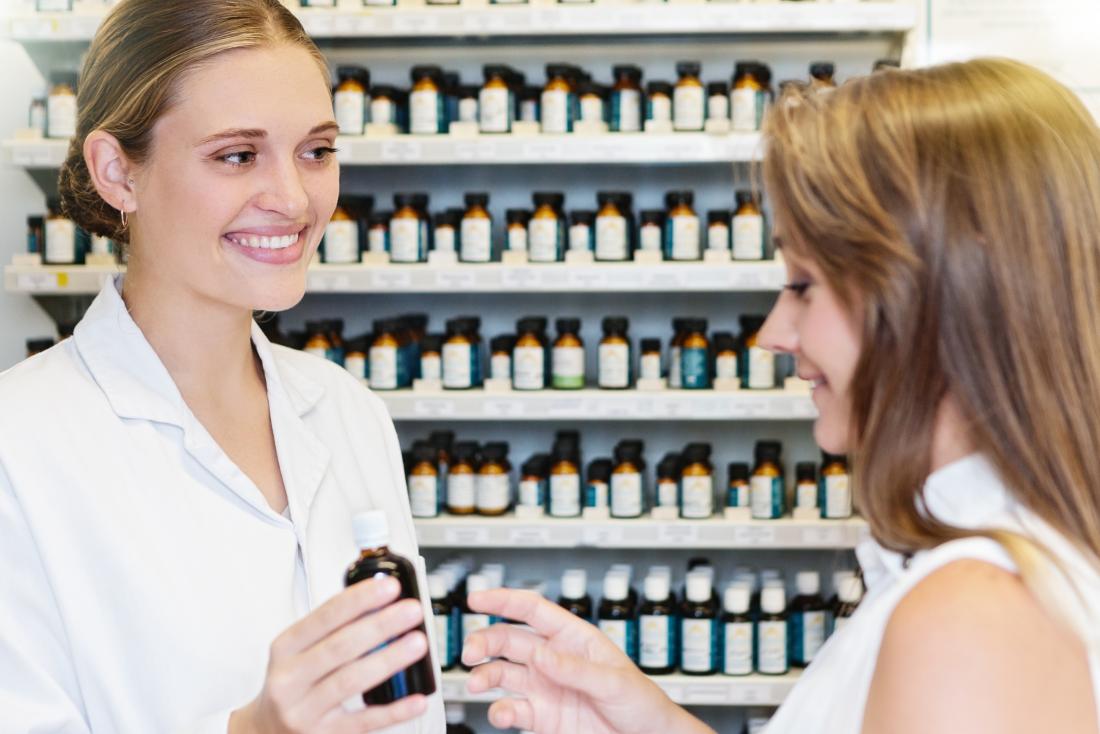 CBD may be most effective when a person uses it regularly.

There does not appear to be a risk of developing an addiction to CBD, so long-term use may be safe for most people.

The FDA have not approved any nonprescription CBD products.

It is crucial to buy from reputable sources. Also, it is a good idea to check for third-party lab results that indicate the levels of CBD in any given product.

A person should check their state's laws and those of anywhere they are traveling to.

It is important to remember that the FDA do not approve nonprescription CBD products. Labeling may not be accurate.

CBD is a potent compound that is gaining popularity as an alternative medicine.

While there is some promising evidence for the future use of CBD as an antidepressant, more research in humans is necessary to determine whether it is safe or effective.

Anyone interested in using CBD for depression or anxiety should speak to a doctor about how to use it and the risk of interactions with other medications.

Is CBD Legal? Marijuana derived CBD products are illegal on the federal level but are legal under some state laws. Hemp derived CBD products (with less than 0.3% THC) are legal on the federal level but are still illegal under some state laws. Check your state’s laws and those of anywhere you travel. Keep in mind that nonprescription CBD products are not FDA approved and may be inaccurately labeled.

What to know about avoiding depression A look at how to avoid depression, a medical condition resulting in low mood. Included are details on 7 natural ways to prevent relapse. Read now 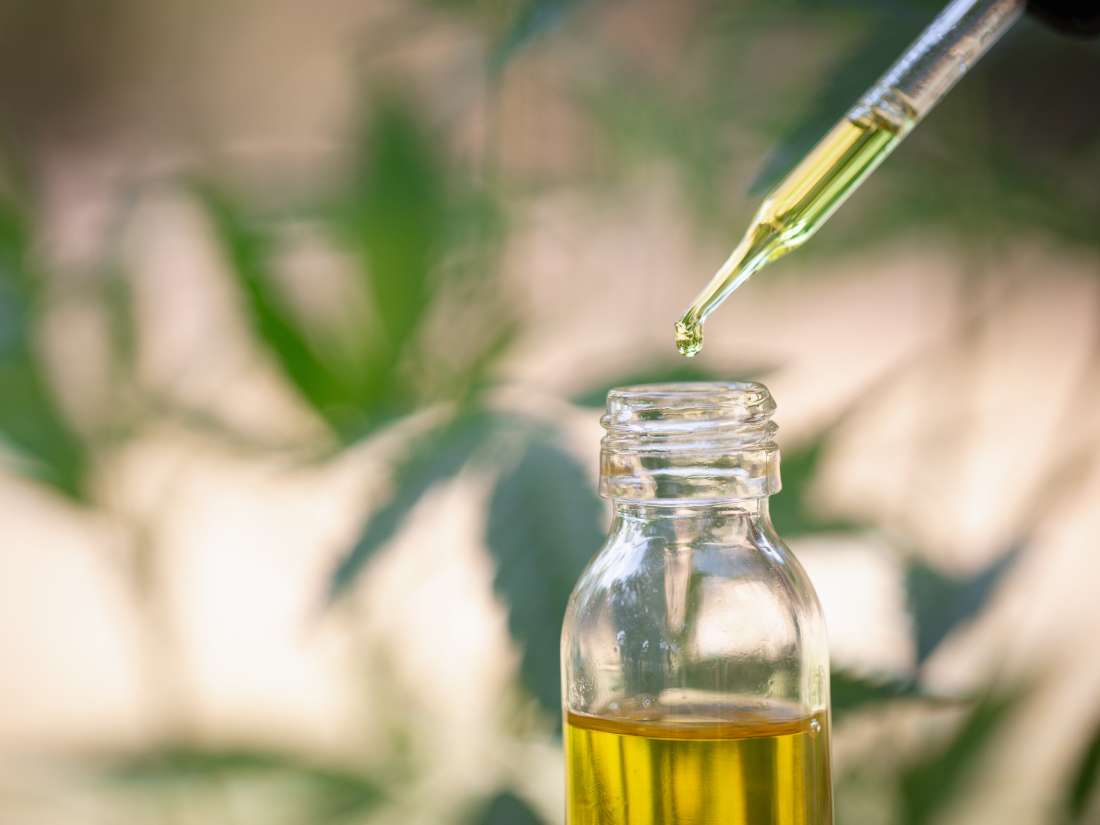 Can CBD help you lose weight? Cannabidiol, or CBD, is a natural compound that comes from the cannabis plant. Some people claim that it can aid weight loss by supressing appetite and burning fat. Learn more here. Read now 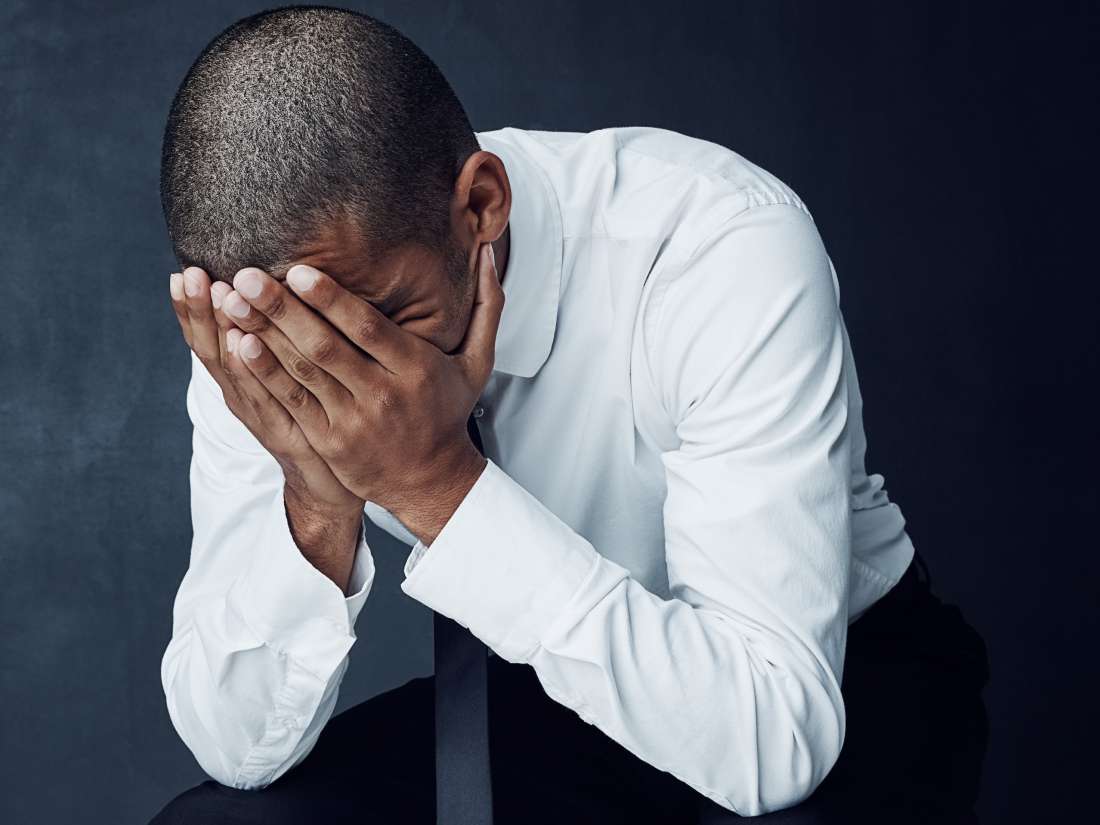 Why does depression make you feel tired? Depression can lead to a lack of physical and emotional energy, in addition to causing sleep disturbances that leave a person feeling chronically fatigued. In this article, learn about the link between fatigue and depression, as well as the possible complications and how to cope. Read now 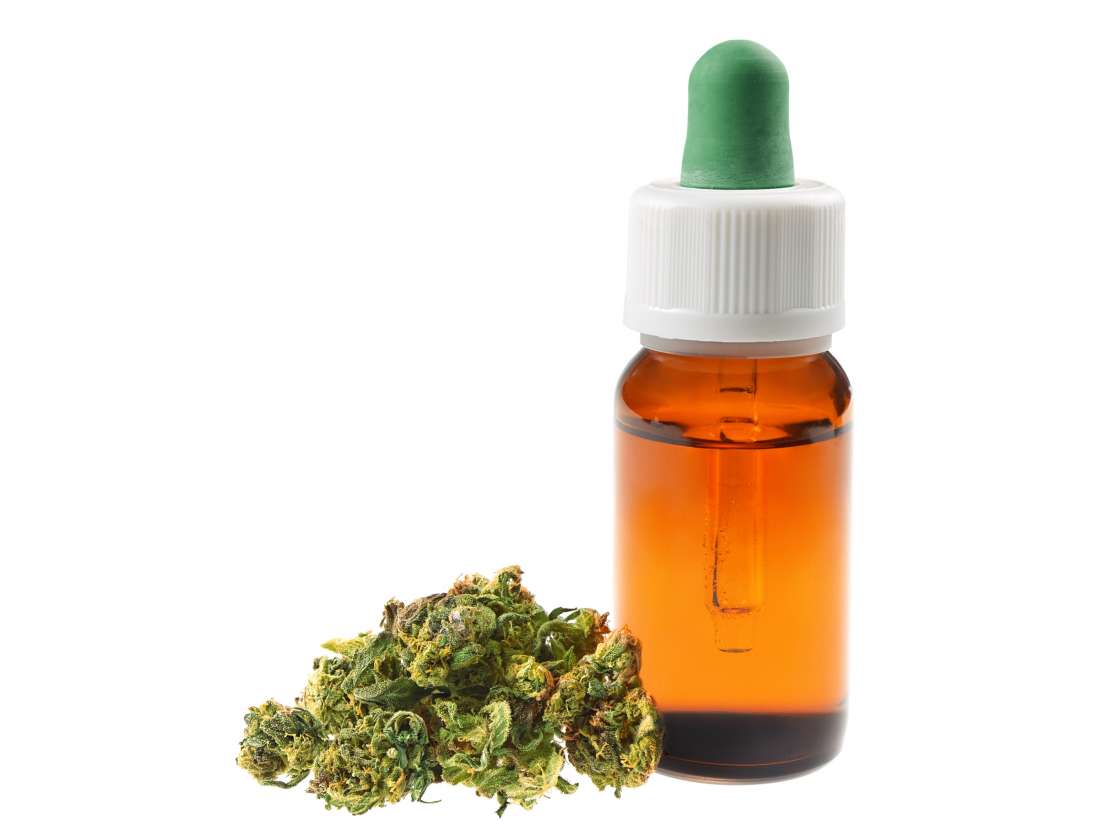 Everything you need to know about CBD oil CBD oil may offer a range of benefits, including reducing pain and inflammation. Evidence shows that the oil does not contain psychoactive properties and so does not have the same effects as marijuana. Here, learn more about CBD oil and its uses, benefits, and risks. We also discuss its legality in the U.S. Read now 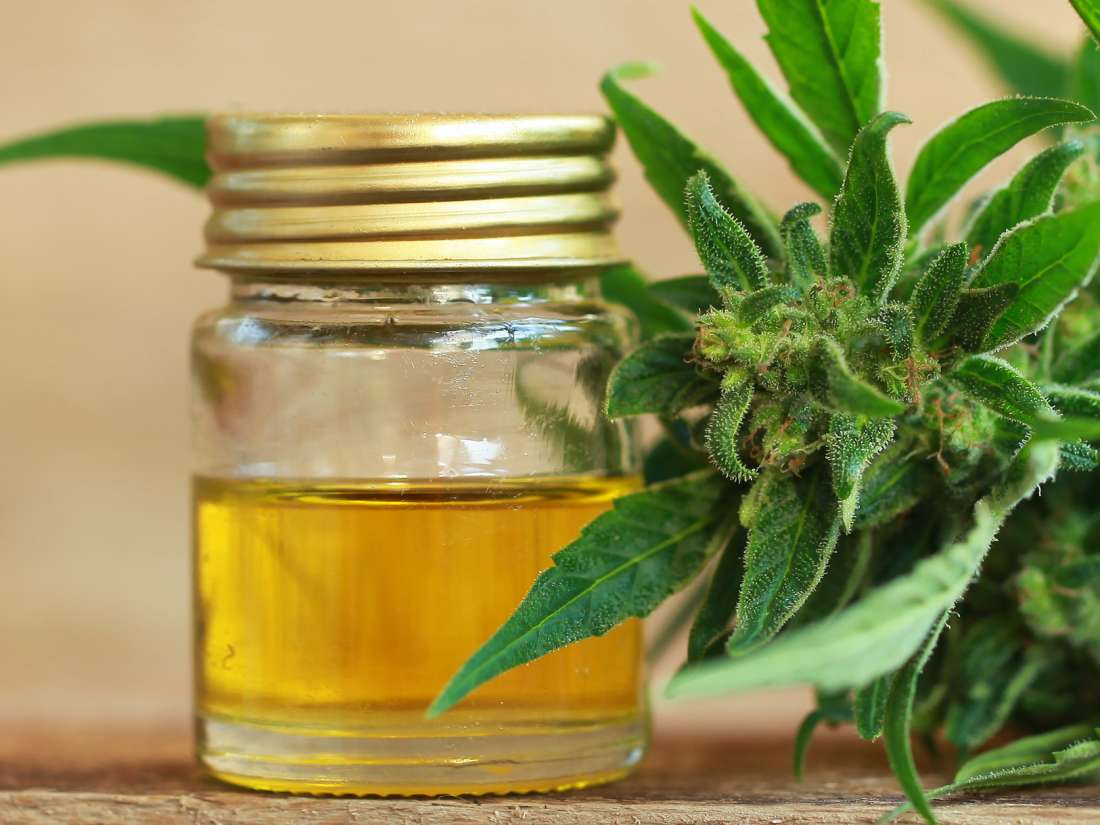 Can CBD oil help with migraines? Some researchers suggest that cannabidiol (CBD) oil can treat a range of complaints and conditions. While CBD is a compound in cannabis, the oil cannot get a person high. In some people, it may relieve pain associated with migraines. Here, learn about the potentially healthful properties of CBD oil and how to use it. Read now
email email
print
share share
Depression
Anxiety / Stress Complementary Medicine / Alternative Medicine Marijuana / Cannabis / CBD

Crippa, J. A., et al. (2018). Translational investigation of the therapeutic potential of cannabidiol (CBD): Toward a new age. https://www.ncbi.nlm.nih.gov/pmc/articles/PMC6161644/