Smoking weed while pregnant: Is it safe?

Marijuana is the illicit drug women most commonly take during pregnancy, and use is increasing in certain areas.

As drug laws are relaxing in some parts of the world, it is essential for researchers to determine when marijuana is safe to use.

In this article, learn about the possible risks of smoking weed while pregnant, as well as what the experts recommend. 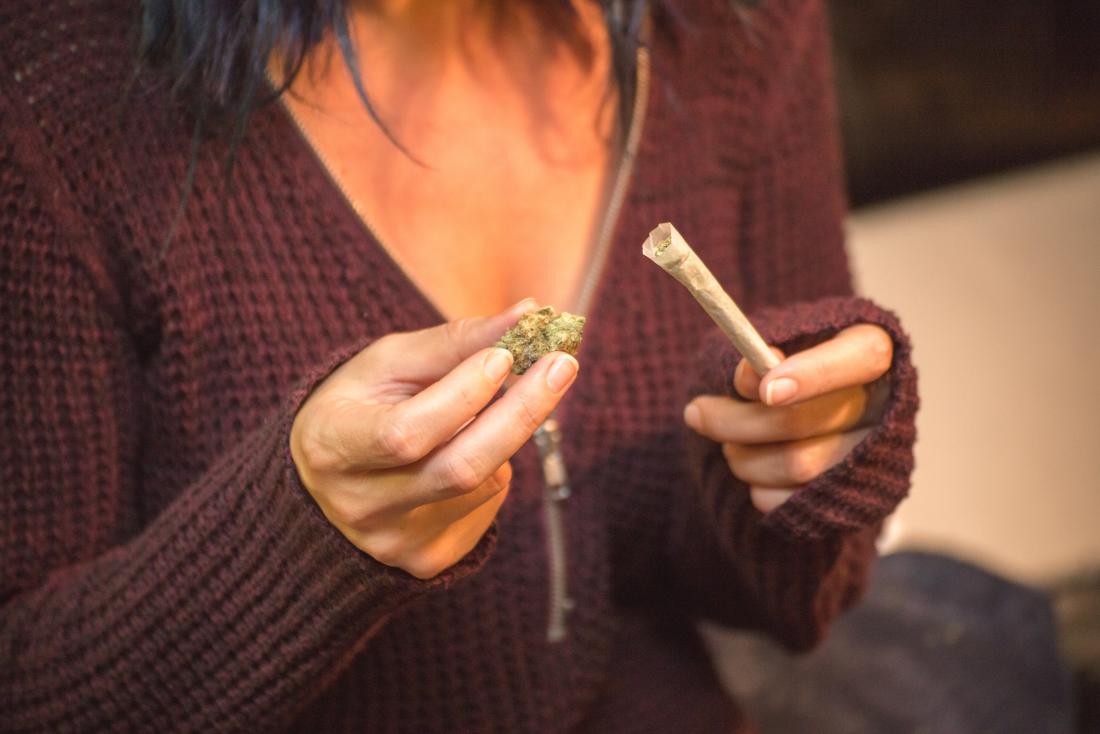 Doctors advise against using marijuana during pregnancy, but many misconceptions persist.

Some people believe that because medical use is legal in some areas of the United States, the drug must be safe to use while pregnant.

Others may believe that smoking weed is dangerous, but that other forms of the drug, such as edibles, will not harm the fetus.

However, research shows that using any form of marijuana can affect a fetus's growth and development, according to the Centers for Disease Control and Prevention (CDC).

Marijuana comes from the Cannabis sativa or Cannabis indica plants. These plants contain a compound called tetrahydrocannabinol, or THC.

THC has mind-altering properties that can cause a heightened sensation — a "high."

Dr. Heather Bradshaw, a specialist in cannabinoid pharmacology at Indiana University's Department of Psychological and Brain Sciences, believes that there is no safe level of consumption, as the chemicals in marijuana may have lasting negative effects:

"We are on the cusp of understanding all of the effects of THC and CBD on the brain, although it is a little early to definitively state what is or isn't affected during exposure in development. However, some research suggests that early exposure of THC to the brain can increase chances of schizophrenia and affect motor development."

Marijuana use can also affect:

The drug is illegal in many places, but legal to use for medical purposes in some parts of the U.S. It is legal for recreational use in a small number of countries.

People may use medical marijuana to treat nausea, pain, and muscle spasticity.

The possible side effects of marijuana use during pregnancy include:

A meta-analysis of 24 studies involving pregnant women, marijuana use, and birth outcomes found a connection between low birth weight and maternal marijuana use.

However, not all of the studies in the analysis showed a connection between marijuana use and low birth weight.

The researchers also found that babies born to women who had used marijuana during pregnancy were more likely to require a stay in the neonatal intensive care unit, compared with those who had not been exposed to the drug.

A 2017 study of prenatal marijuana exposure and behavior in children also found a link to lower birth weight, especially in women who smoked cigarettes as well as marijuana.

A 2013 study from the National Institutes of Health (NIH) considered women who experienced stillbirth at 59 American hospitals.

The researchers tested blood samples from the women and the umbilical cords. They determined that marijuana use was associated with a 2.3 times higher risk of stillbirth.

However, the researchers cautioned that it was difficult to separate the effects of smoking marijuana and tobacco. People often use the substances together, and tobacco can cause pregnancy complications. 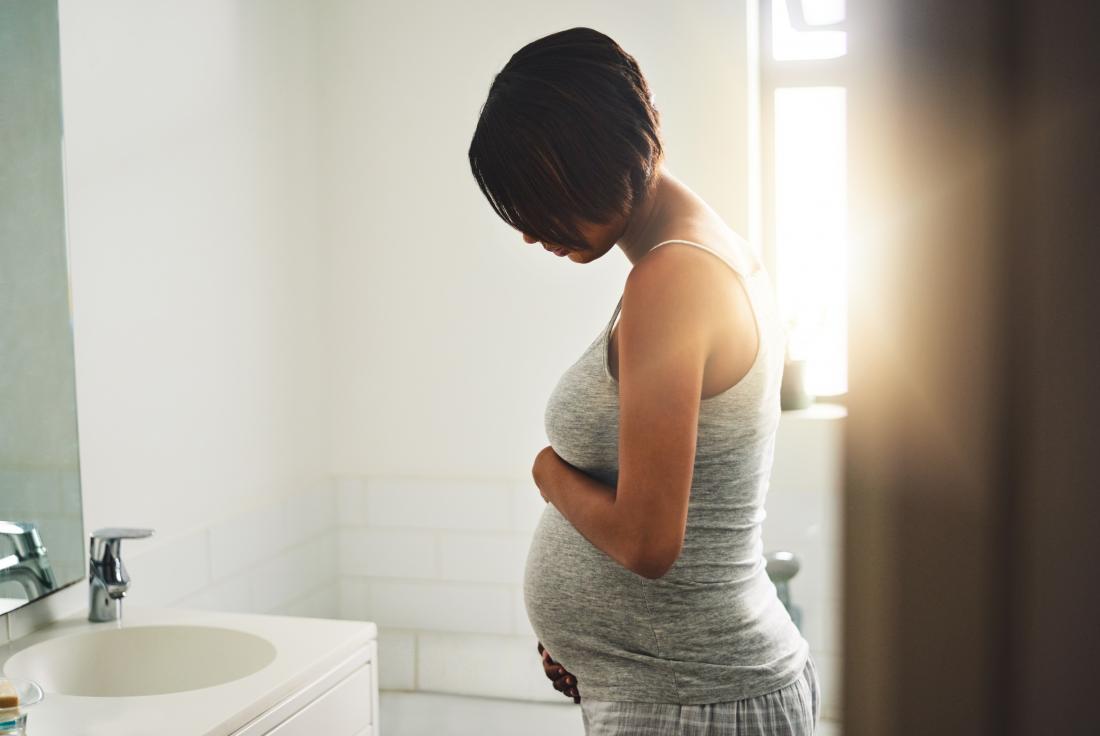 Ethical issues make it difficult for researchers to study the effects of smoking weed during pregnancy.

Modern, large-scale studies on marijuana use and pregnancy do not exist because there are many ethical issues concerning the study of pregnant women and developing babies.

For example, it would be unethical to study the effects of marijuana by asking a group of pregnant participants to use the drug.

If the babies of these women had any congenital abnormalities or developmental problems, the researchers would be at fault for harming them.

As a result, most existing research involves women who reported using marijuana during pregnancy.

According to research from 2017, some potential effects include:

However, it is difficult to prove that marijuana causes one or all of these effects because researchers cannot perform studies that control for other factors. 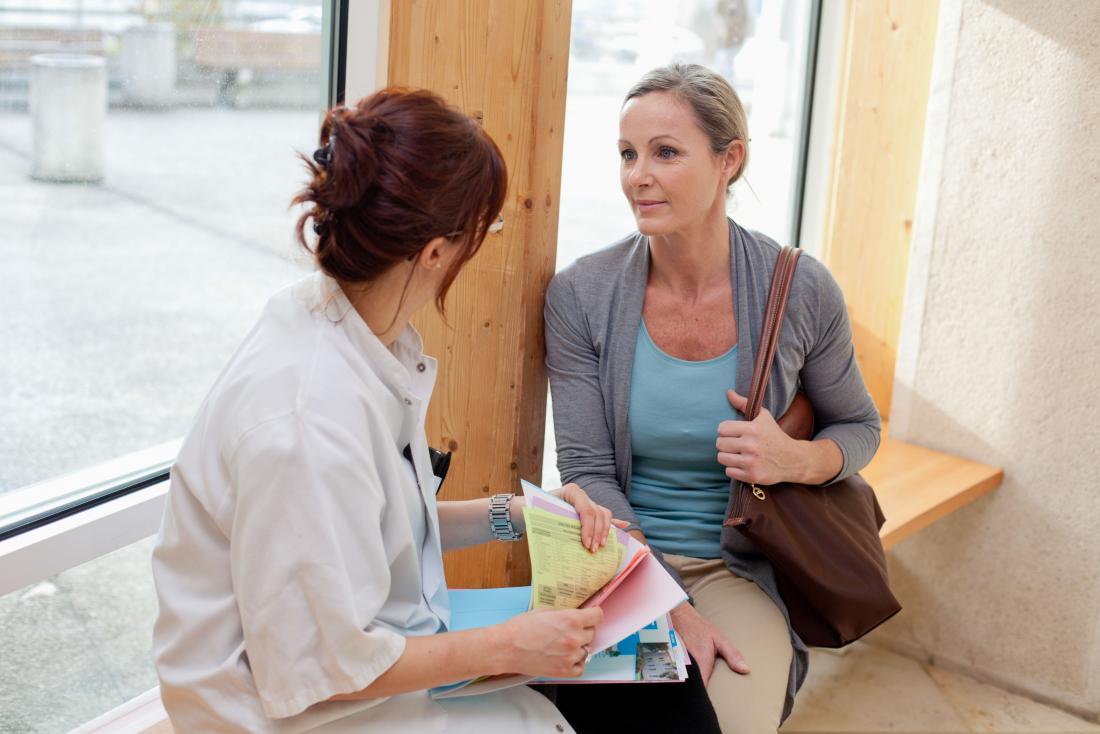 A doctor can offer advice on treating morning sickness and nausea.

Nausea, or morning sickness, is a common pregnancy symptom.

Some doctors prescribe medical marijuana to treat chemotherapy-related nausea, and the National Institute on Drug Abuse (NIDA) report that some women use marijuana as a means to combat pregnancy-induced nausea.

However, no research exists to prove that this is a safe or effective practice.

Also, nausea tends to occur in the earlier stages of pregnancy, when the drug is more likely to affect the developing fetus.

It is best to talk to a doctor about safe ways to reduce nausea and vomiting during pregnancy. 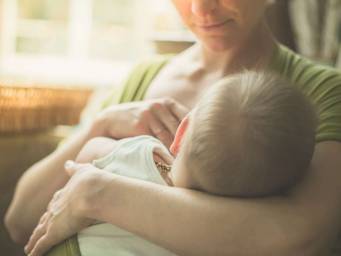 Is it safe to use marijuana while breastfeeding?
Can cannabis pass into breastmilk? We look at the research.
Read now

Beyond smoking, some people use cannabis by vaping or consuming edibles, which are foods that contain the drug.

These forms of marijuana do not contain the harmful substances in tobacco, but the CDC say that they are still not safe to use.

These products contain active THC and other chemicals, and the medical community has yet to determine their effects on a fetus.

The CDC, NIDA, and the American College of Obstetricians and Gynecologists do not recommend using marijuana during pregnancy.

While some studies have concluded that marijuana has no effects on a fetus, other studies have linked prenatal use with low birth weight and an increased risk of stillbirth. Therefore, doctors recommend avoiding it altogether.

If a pregnant woman is using marijuana and finding it challenging to quit, she should speak to a doctor or seek professional support elsewhere.

Women in the U.S., for example, can call the Substance Abuse and Mental Health Services Administration's 24-hour treatment referral line at 800-662-HELP (4357). 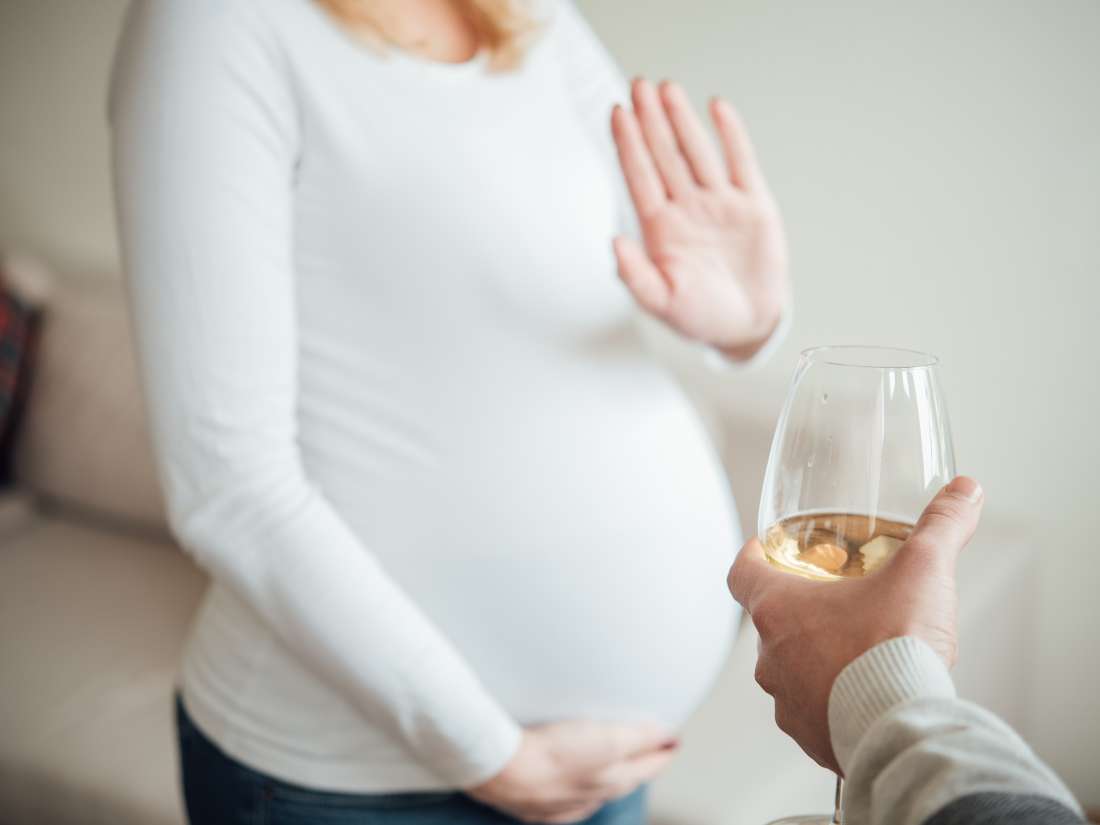 What to avoid during pregnancy Pregnant women can continue with many of their prepregnancy activities. However, to maintain the health of the developing fetus, there are some things that it is essential to avoid. In this article, learn about the things not to do while pregnant, including which foods, substances, medicines, and activities to avoid. Read now 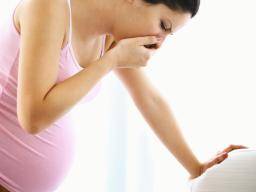 10 tips for relieving morning sickness Morning sickness can be the first sign of pregnancy. Symptoms may last all day but often fade around the 12th week. Usually, no treatment is needed unless vomiting is excessive. Here, learn about causes, which can include low blood sugar, as well as triggers to avoid, dietary suggestions, and other tips. Read now 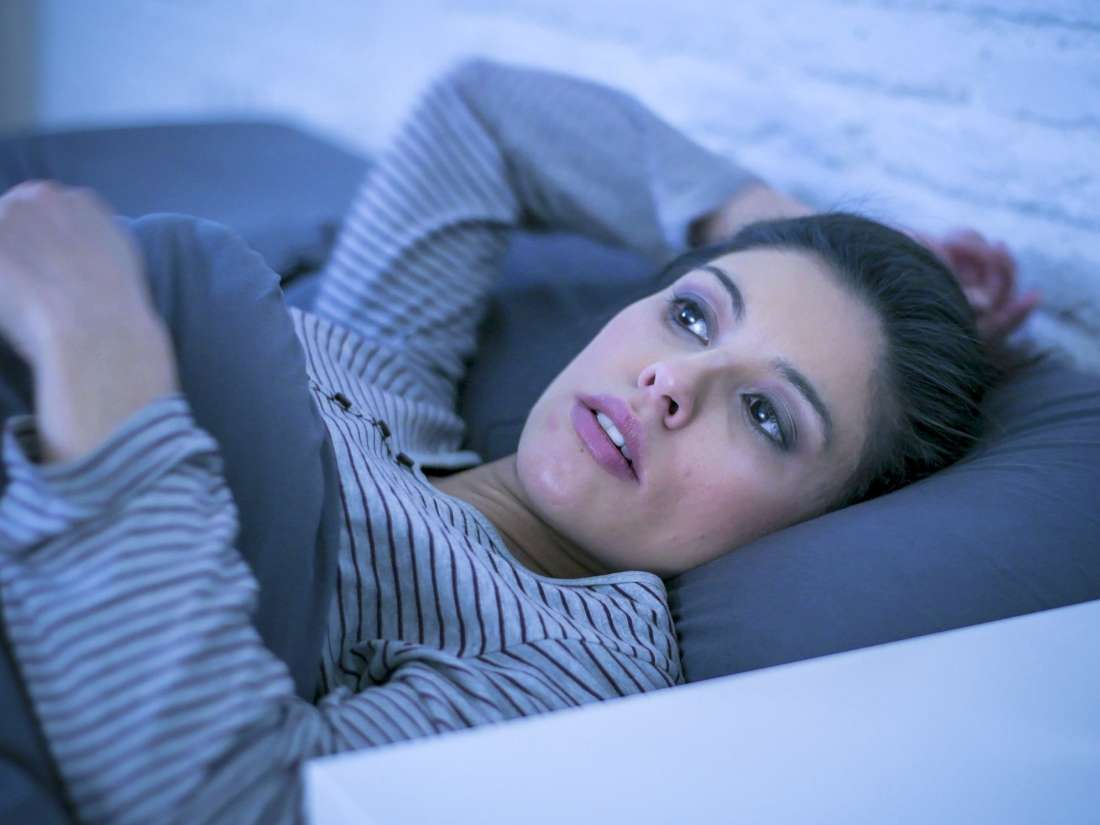 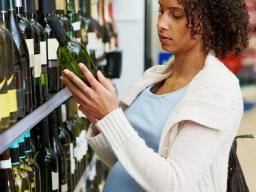 Pregnant scientist investigates: Can I drink alcohol? Many pregnant women wonder how much alcohol is safe to drink. Find out what a new study advises and why experts criticize the lack of good-quality data. Read now 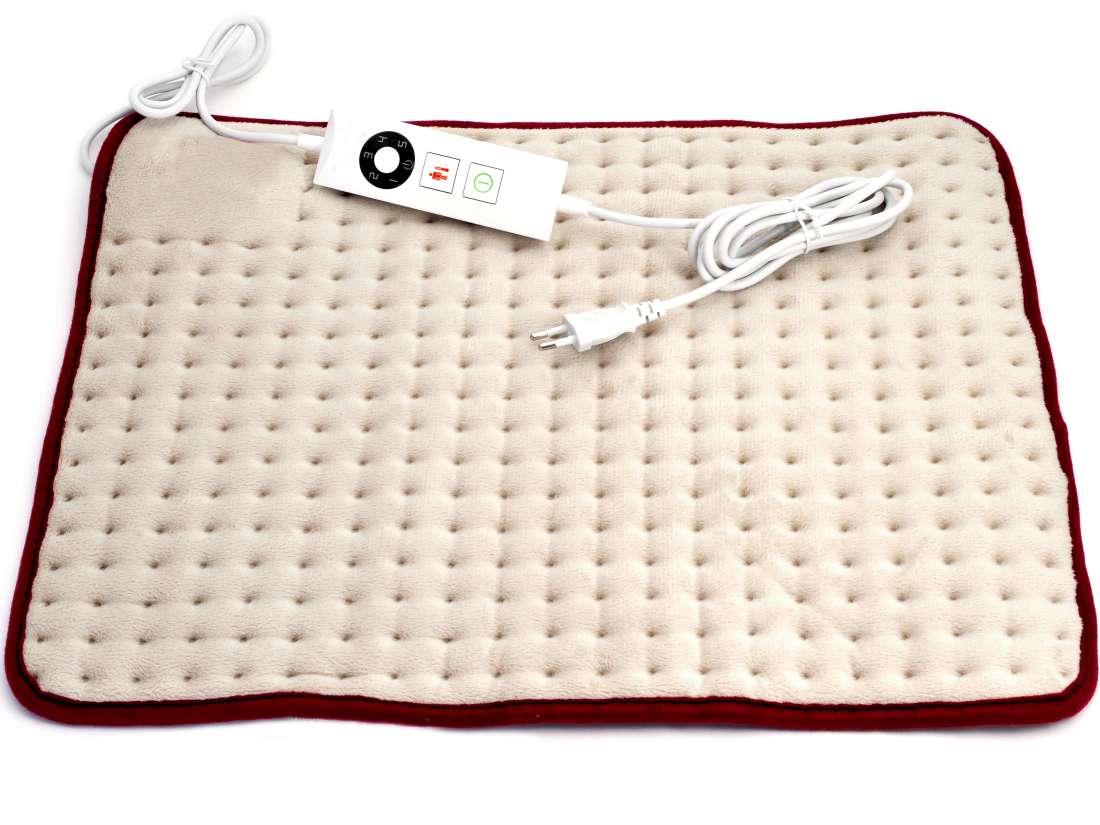 Can you use a heating pad while pregnant? It is safe to use heating pads during pregnancy so long as they do not raise the body temperature too much. Heating pads can soothe the many aches and pains that arise during pregnancy. In this article, we discuss safe ways to relieve pain, including the benefits of heat pads and why it is best to avoid hot tubs. Read now
email email
print
share share
Pregnancy / Obstetrics
Alcohol / Addiction / Illegal Drugs Complementary Medicine / Alternative Medicine Marijuana / Cannabis / CBD

Can marijuana use during and after pregnancy harm the baby? (2018, June). Retrieved from https://www.drugabuse.gov/publications/research-reports/marijuana/can-marijuana-use-during-pregnancy-harm-baby

Tobacco, drug use in pregnancy can double risk of stillbirth. (2013, December 11). Retrieved from https://www.nichd.nih.gov/newsroom/releases/121113-stillbirth-drug-use

What is marijuana? (2018, June). Retrieved from https://www.drugabuse.gov/publications/drugfacts/marijuana

What you need to know about marijuana use and pregnancy [Fact sheet]. (2018, March 16). Retrieved from https://www.cdc.gov/marijuana/factsheets/pregnancy.htm