Everything you need to know about anxiety medications

According to several large surveys, up to 33.7 percent of people experience some form of anxiety disorder during their lifetime.

Medications are available to treat anxiety disorders. Doctors may prescribe medication alone or in combination with cognitive behavioral therapy (CBT) or another kind of therapy.

In this article, we discuss the main types of anxiety medication and list their risks and side effects.

Several types of medication can treat the symptoms of anxiety. According to the Anxiety and Depression Association of America (ADAA), the four major classes of drugs for anxiety disorders are as follows: 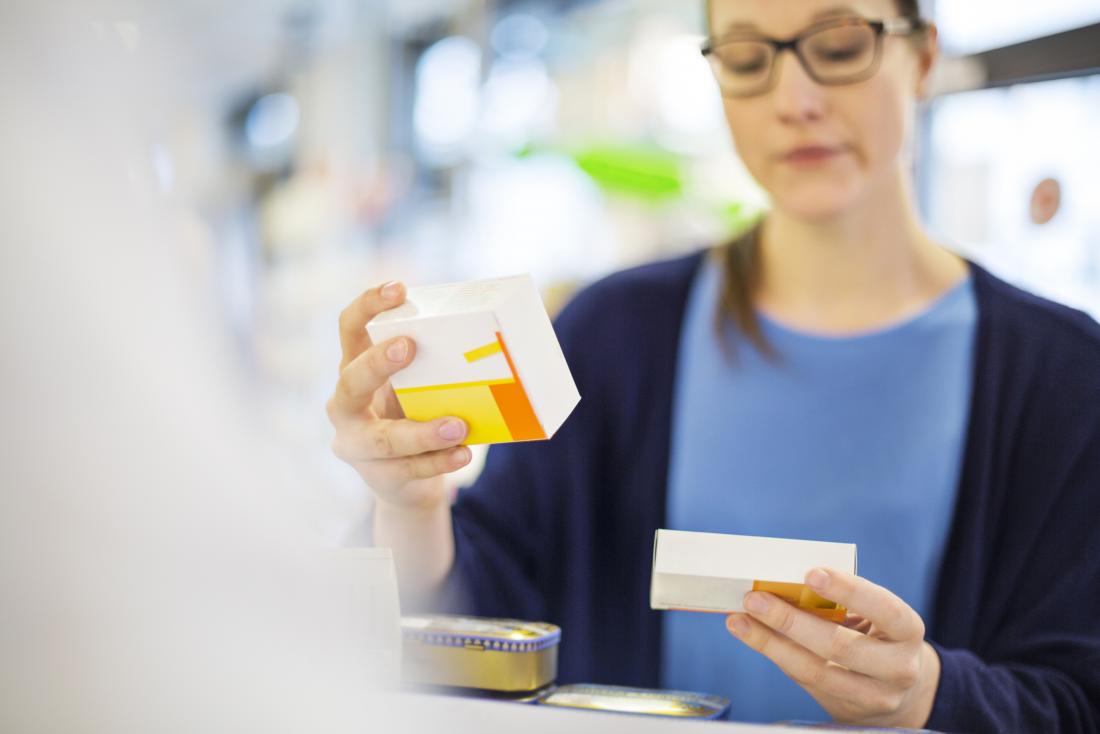 A doctor may prescribe medication to treat persistent anxiety.

Although selective serotonin reuptake inhibitors (SSRIs) are a type of antidepressant, doctors commonly prescribe them to people with anxiety and obsessive-compulsive disorder (OCD).

According to one article, doctors consider SSRIs to be the first-line drug treatment for anxiety.

SSRIs work by stopping nerve cells in the brain from reabsorbing serotonin, which is a chemical that plays a vital role in mood regulation.

Examples of SSRIs for anxiety include:

These medications typically begin to take effect within 2 to 6 weeks, but they do not work for everyone.

People usually take SSRIs for up to 12 months to treat anxiety, then gradually reduce the dosage. These drugs are not habit-forming, meaning that they do not usually lead to dependence.

People should consult their doctor or physician before they start reducing or stopping their medication.

Serotonin-norepinephrine reuptake inhibitors (SNRIs) are another class of antidepressant that treats depression and anxiety. Doctors may also prescribe them to treat some chronic pain conditions.

These medications work by reducing the brain's reabsorption of the chemicals serotonin and norepinephrine.

Examples of SNRIs for anxiety are:

As with SSRIs, SNRIs can take several weeks to have an effect.

Tricyclic antidepressants (TCAs) are an older class of antidepressant drug. Although they may be effective for the treatment of depression and anxiety, doctors often prescribe SSRIs instead, as they cause fewer side effects.

However, TCAs may be useful for some people, especially if other medications do not provide relief.

Examples of TCAs for anxiety include:

Benzodiazepines are a type of sedative drug that reduces the physical symptoms of anxiety, such as tense muscles. These drugs also encourage relaxation, and their effects take place within a few minutes.

Although they are highly effective for short-term issues, doctors rarely prescribe benzodiazepines because they become less effective over time and can be addictive.

Due to these risks, experts suggest that doctors do not prescribe the continuous use of benzodiazepines for more than 1 month.

Some people may take benzodiazepines to manage short-term anxiety. For example, people with a fear of flying may take them before a flight.

At times, people may take a benzodiazepine alongside an SSRI for a few weeks until the SSRI takes effect.

Other medications for anxiety

Many other medicines may help treat anxiety, although doctors usually only prescribe them if SSRIs or similar drugs do not work.

Other medications for anxiety include:

Beta-blockers are a common medication for people with high blood pressure and heart conditions. However, doctors may prescribe them off-label for anxiety in certain situations.

Beta-blockers reduce the effects of norepinephrine, meaning that they can relieve some of the physical symptoms of anxiety. Examples of beta-blockers include atenolol (Tenormin) and propranolol (Inderal).

This anti-anxiety medication may treat short- or long-term anxiety symptoms.

Buspirone (BuSpar) works much more slowly than benzodiazepines and may not treat all types of anxiety disorder, but it causes fewer side effects and has a lower risk of dependency.

Monoamine oxidase inhibitors (MAOIs) are one of the earliest types of antidepressant. Doctors may prescribe them off-label to treat the symptoms of panic disorder and social phobia. Types of MAOI include: 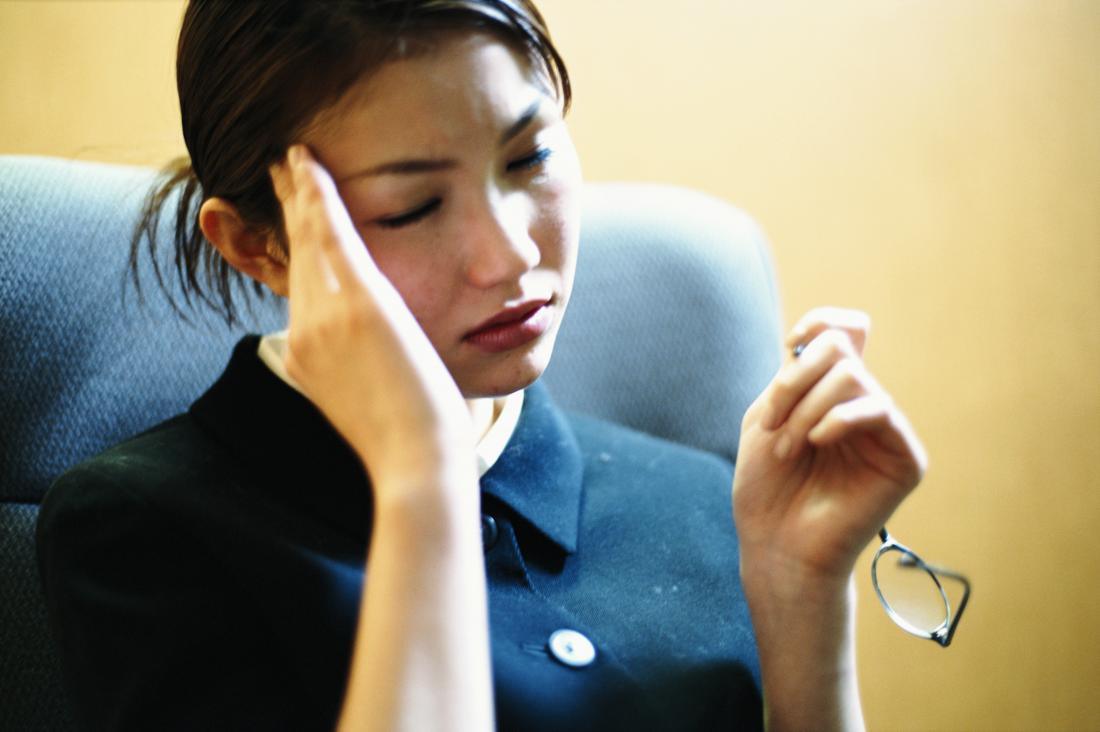 SSRIs may cause dizziness and headaches.

Antidepressants and other drugs for anxiety have the potential to cause side effects in some people.

These often resolve after a few weeks, but it is crucial to see a doctor if they are intolerable or do not subside.

Some doctors may recommend taking anxiety medications with food to minimize side effects, or taking them before bed, as long as the drug does not interfere with sleep.

The side effects that a person experiences may vary depending on the type of medication.

The side effects of SSRIs can include:

The side effects of SNRIs are similar to those of SSRIs and include:

Side effects vary among TCAs, as they work in different ways. Possible side effects include:

These medications can cause several side effects, such as:

Benzodiazepines also carry certain risks. For example, they can cause physical dependence, even after a short period of use. Withdrawal from benzodiazepines may lead to:

More severe risks of benzodiazepines may include:

Possible side effects of beta-blockers include:

People with asthma should avoid beta-blockers. People with diabetes should take them with caution and speak to a doctor about the possible risks.

The side effects of buspirone may include:

Potential side effects of MAOIs include:

These medications also interact with several other drugs as well as some foods and drinks. Anyone taking MAOIs should ask their doctor for a complete list of the medicines, foods, and drinks that they need to avoid. 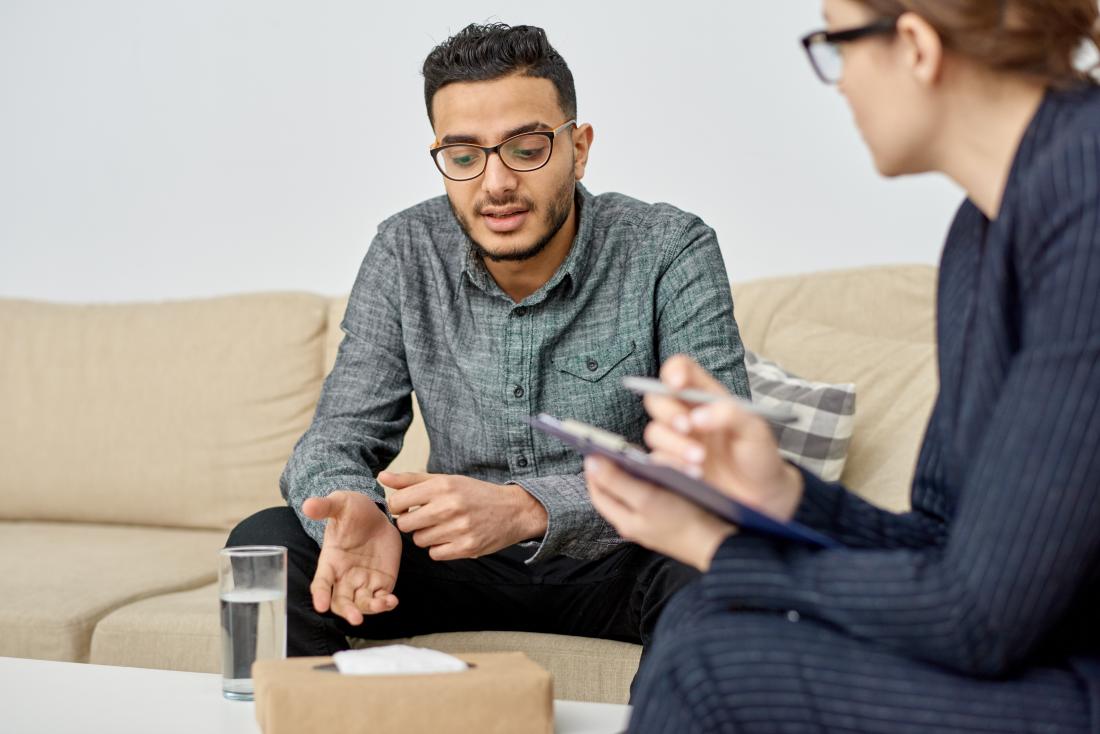 Anyone experiencing suicidal thoughts should speak to a doctor or therapist.

The United States Food and Drug Administration (FDA) require all antidepressants to carry a black-box warning relating to the risk of suicide in children and young adults.

People under 25 years of age may experience an increase in suicidal thoughts and behaviors while taking antidepressants, particularly within the first few weeks of use.

Anyone experiencing symptoms of an anxiety disorder should see their doctor, who can recommend therapy, medications, or a combination of both.

To diagnose an anxiety disorder, doctors will typically carry out a physical examination to check for any underlying conditions and ask a person about their symptoms.

They may also perform a psychological evaluation and compare the person's symptoms to the American Psychiatric Association's criteria for anxiety disorders. 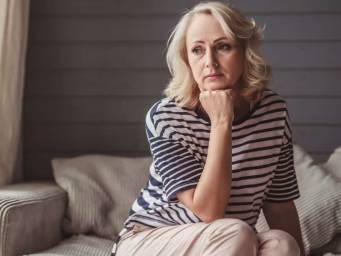 What to know about anxiety
Learn more about the different types of anxiety disorder and when to see a doctor here.
Read now

Anxiety is a common condition that affects many people during their lifetime. Several types of medication can treat anxiety, especially in combination with therapy.

People who have an anxiety disorder should work with their doctor to find the right treatment plan for their needs. If a person notices any side effects from their medication, they should speak to a doctor or pharmacist.

To alleviate side effects, a doctor may adjust the dosage slowly or recommend another medication or form of therapy.

It is essential never to stop taking medication without medical supervision as it may cause withdrawal symptoms. 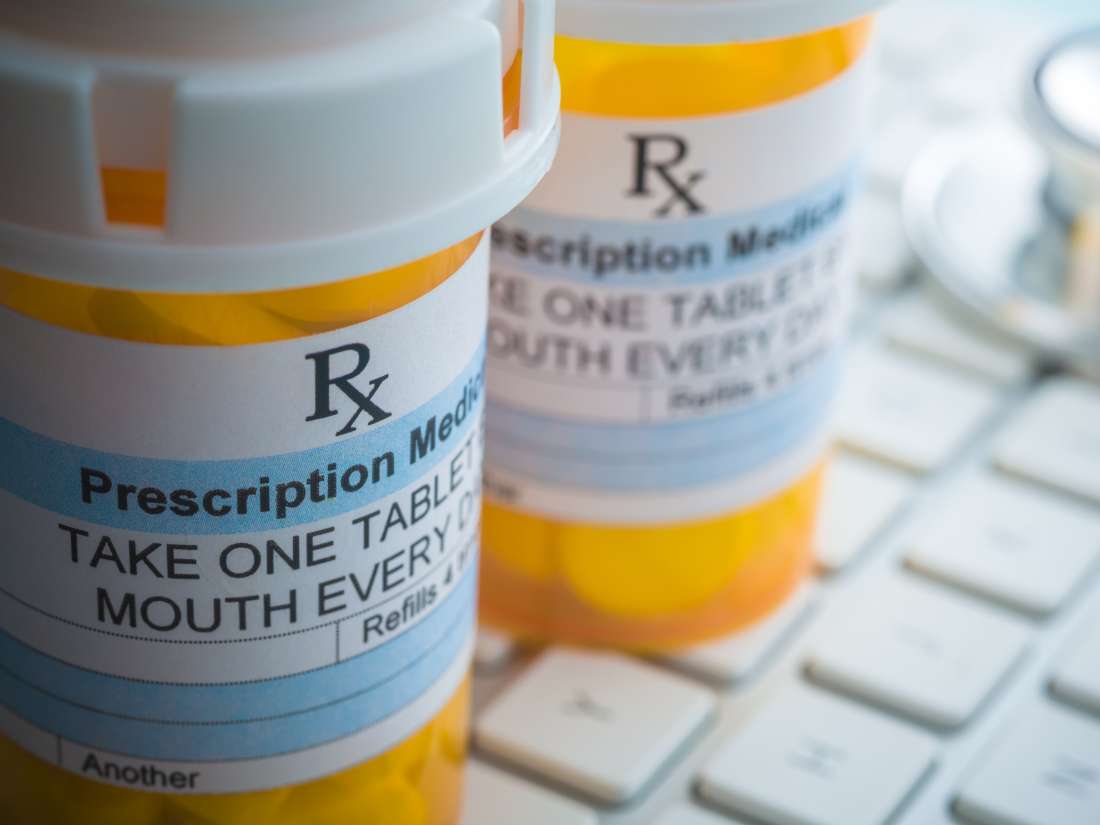 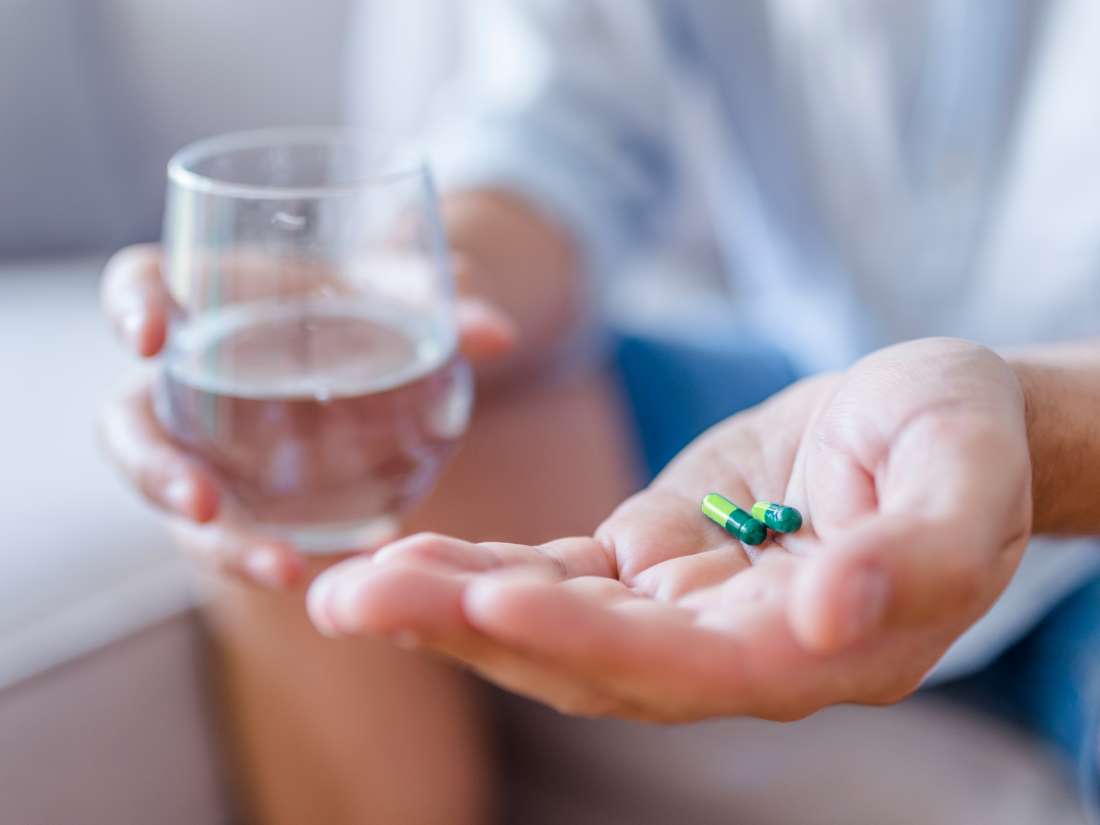 What to know about duloxetine (Cymbalta) Cymbalta, or duloxetine, is a serotonin-norepinephrine reuptake inhibitor for depression and neurological pain. Read on to learn more about its uses and risks. Read now 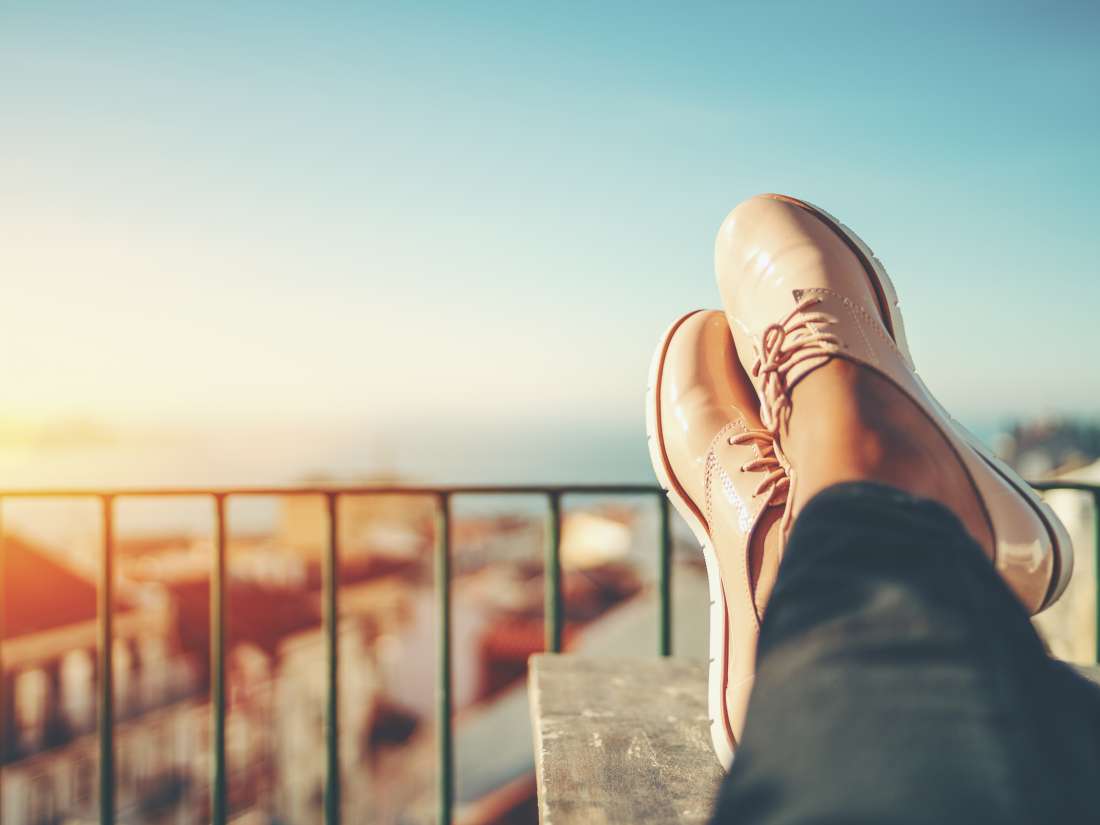 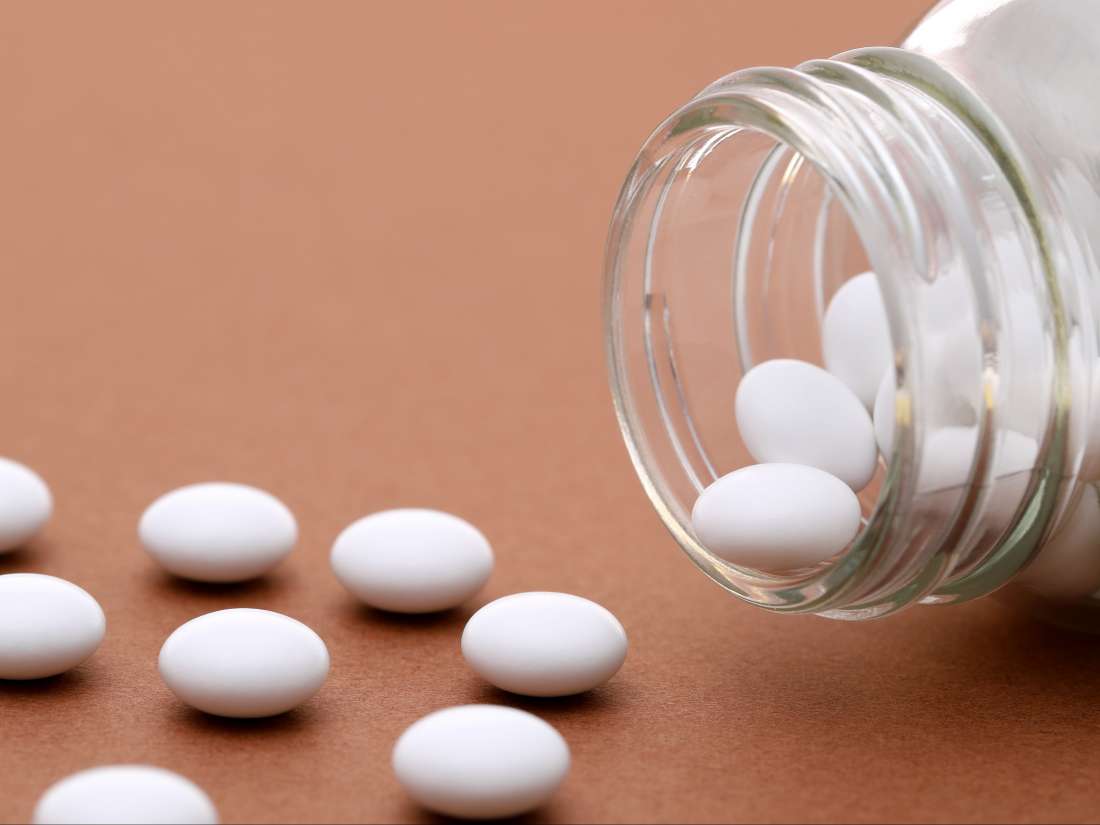 All about antidepressants Find out about the different types of antidepressants, how they work, any adverse effects, when you can take them, and the alternatives available. Read now 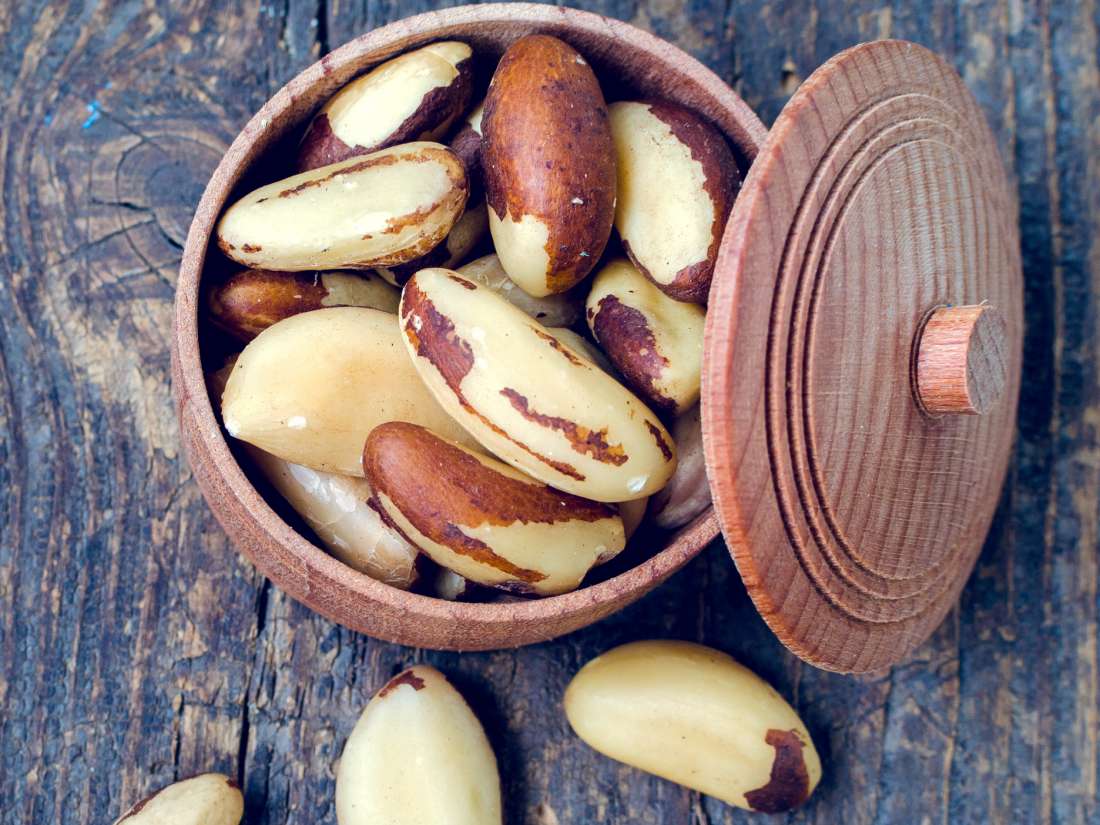 What are some foods to ease your anxiety? Food plays a vital role in nutrition and keeping the mind in its healthiest state. People respond in a variety of ways to different foods, but there are some foods that are known to reduce anxiety. These include eggs, brazil nuts, fatty-fish, yogurt, and dark chocolate. Learn more about anxiety-reducing foods here. Read now
email email
print
share share
Anxiety / Stress
Pharmacy / Pharmacist