What do high or low platelet count levels mean?

The mean platelet count blood test is typically part of a complete blood count (CBC) test. A CBC reveals important information about the number of different blood cells in the body.

Platelets, also called thrombocytes, are fragments of larger cells made in the bone marrow called megakaryocytes.

What is the platelet count test? 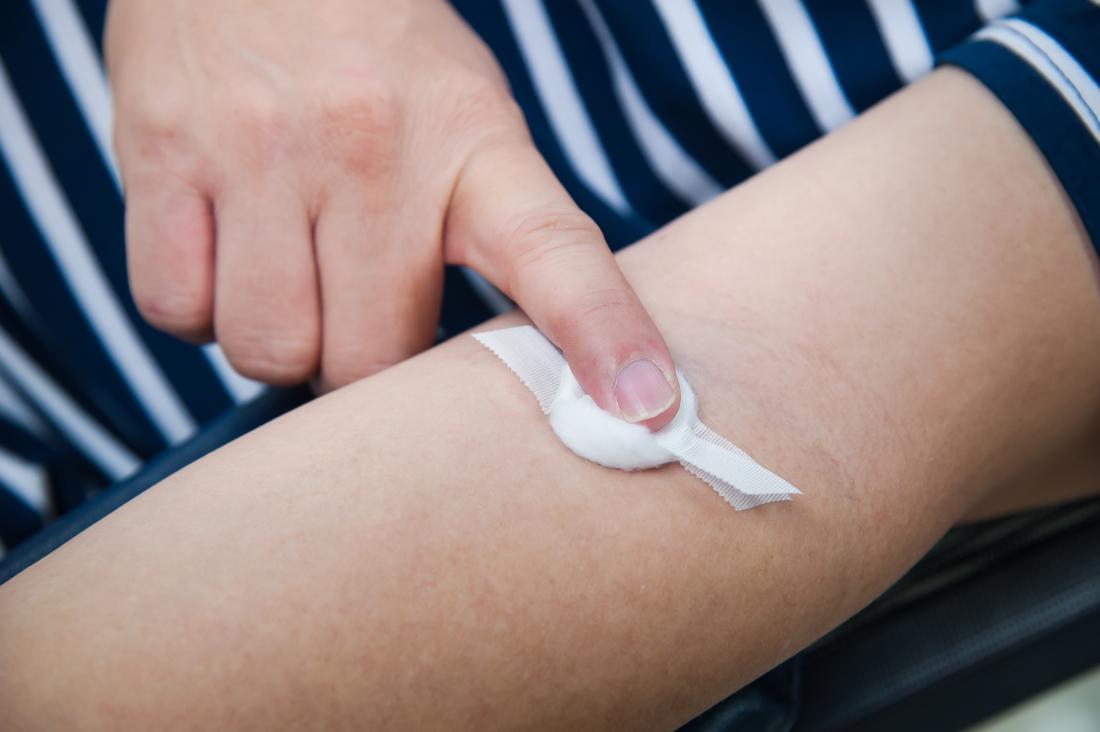 A CBC test may include the platelet count test.

The test gives a platelet count per microliter (mcL) of blood.

The measurement is the number of platelets a person has, on average, per microliter.

The test can be done on its own or as part of a CBC test. A doctor will often perform a platelet count test if they suspect a person has a disorder that affects platelet count.

The test involves drawing blood from a vein in the arm or hand.

Obtaining a sample of blood from a vein takes a few minutes and generally causes only minimal discomfort. Occasionally, some people may feel queasy or light-headed while the blood is drawn or shortly after. Taking slow deep breaths is usually enough to calm these feelings.

Some people may develop a small mark or bruise. Most people feel fine after the test, but some experience mild aching pain at the site of the needle stick for 1 to 2 days.

A technician puts the blood sample into a machine that counts the number of platelets and produces a report of the findings.

The test is very safe, and complications are rare. People with bleeding disorders should tell their doctor about any history of bleeding issues. Most people find that the test is only a brief inconvenience and a source of mild discomfort.

When do you get the results?

The amount of time it takes to get the results back varies.

Hospitals administering the test for emergencies or people about to undergo surgery often get the results back almost immediately. It can take a few days to get the results when a doctor's office orders the test at an outside lab. 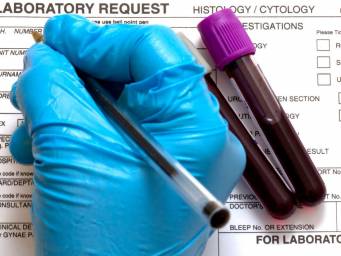 What does it mean when your platelet count is high? 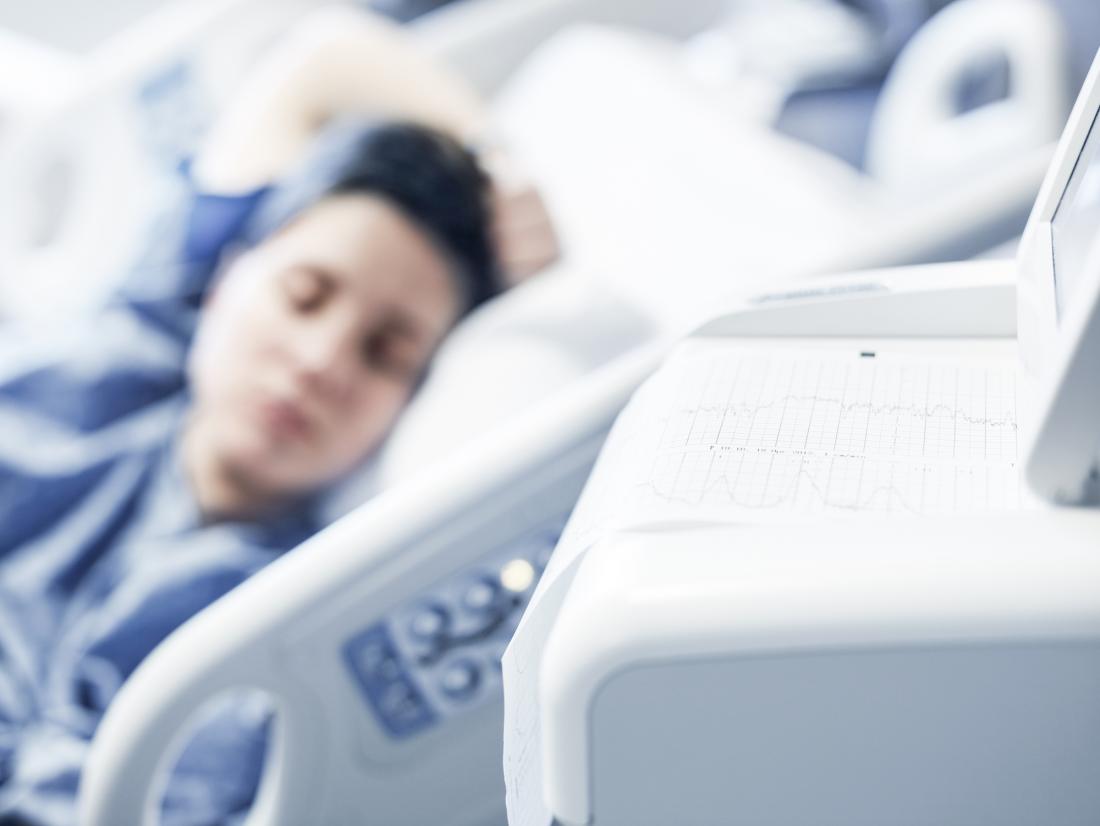 Platelet levels can temporarily be higher than usual in people recovering from blood loss after surgery.

A person's blood clots more easily when they have too many platelets.

Clotting is a natural protection against bleeding. The body produces more platelets during and following an injury.

However, because platelets cause blood clotting, they can also cause dangerous blood clots in the arms or legs. The blood clot may break off or travel to another area of the body.

The risk of a blood clot is higher in people who are confined to bed by illness or who cannot move their limbs.

Someone who has an elevated platelet count because of a recent injury but who must remain in bed may need monitoring to reduce the risk of blood clots as a result.

Some temporary conditions can cause a higher than normal platelet count. A doctor may order a retest a few days or weeks later when this happens. Some common reasons that platelets are temporarily elevated include:

If a person's platelet count remains high, the following medical conditions may be responsible:

What does it mean when your platelet count is low?

A low platelet count can make it difficult for the blood to clot, putting a person at risk of excessive bleeding. The cause may be due to an inherited tendency to not produce enough platelets, but the cause may also be unknown. In other cases, it is due to an underlying medical condition. 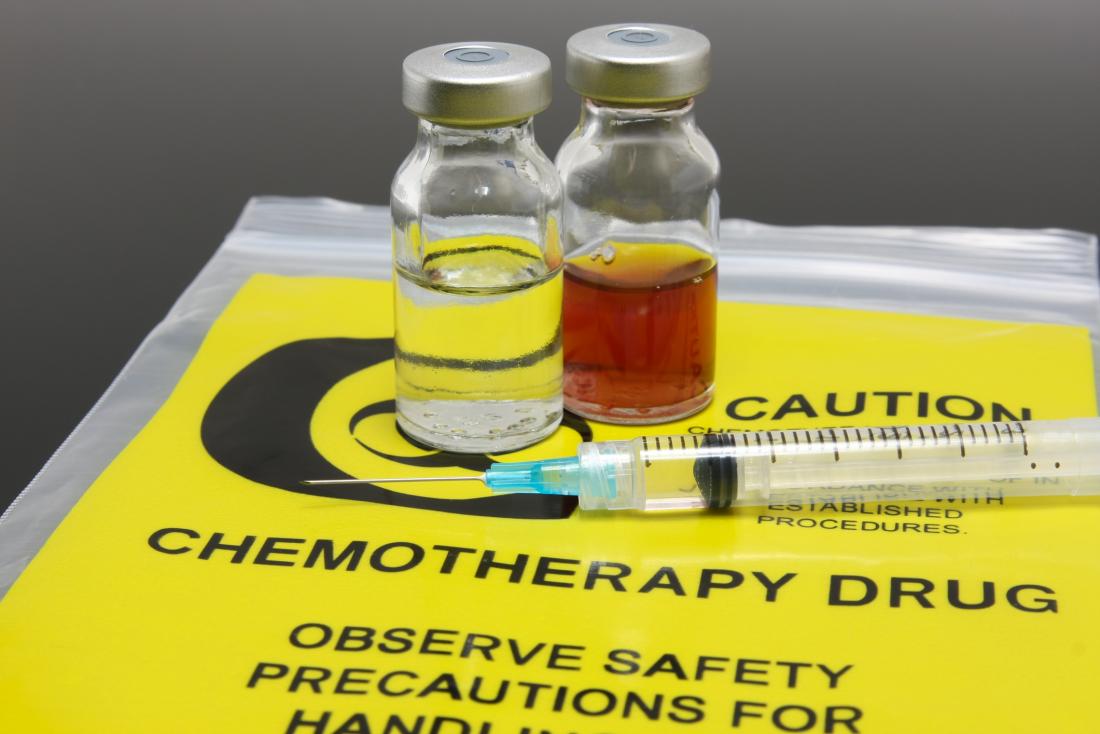 Chemotherapy can cause low platelet volume.

Platelet count also tends to decline with age. A platelet count that is lower than it once was, or that is on the lower end of normal, may not be a cause for concern in an older adult—especially if there are no other symptoms.

Changes in platelet count may mean that a person has a chronic illness or that there is an issue with the bone marrow.

It is generally not possible, however, to diagnose a medical condition based on platelet count alone. People should talk to a doctor about further testing if a blood test reveals low platelets.

It is advisable to inform the doctor about any other symptoms, which can help narrow down testing options. 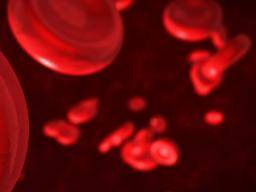 What is microcytic anemia? Microcytic anemia occurs when the body does not get enough oxygen and cannot provide enough energy to all organs and tissues, causing pale skin and irritability. The term covers a range of different types of anemia. Learn about the causes, treatment and how to prevent anemia in both adults and infants. Read now 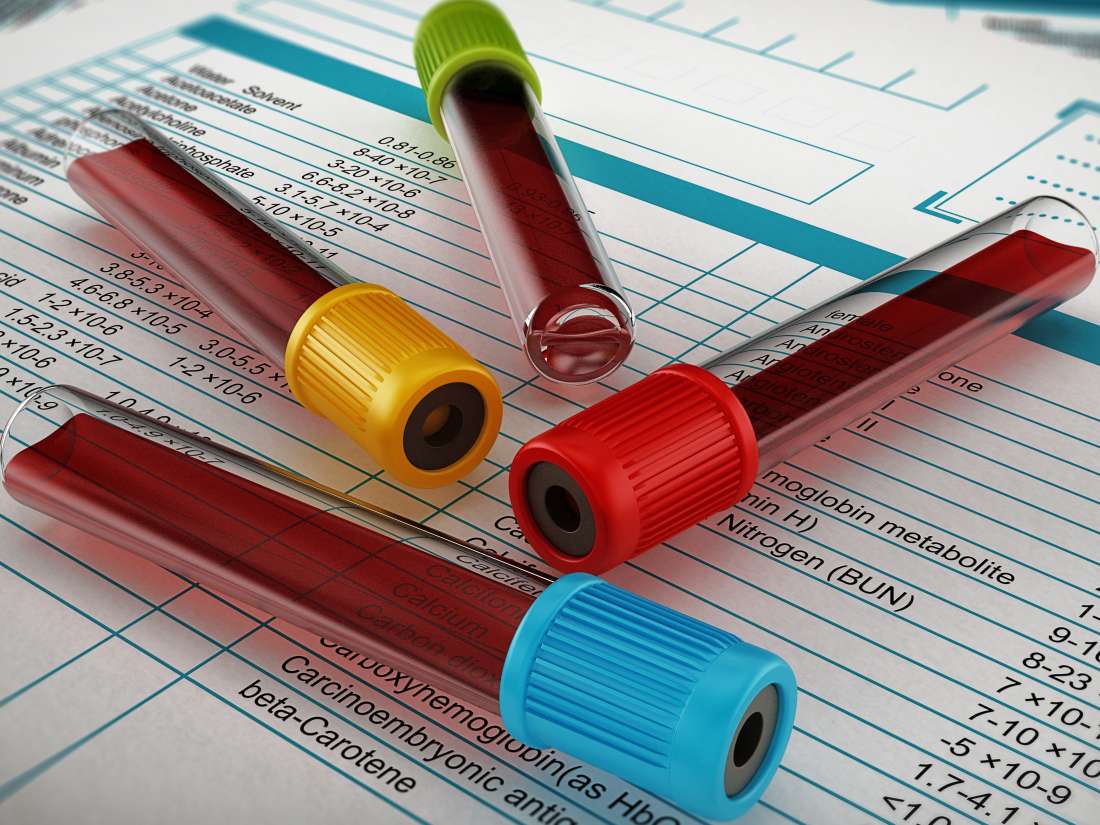 What does it mean if your RDW is high? A red cell distribution width (RDW) blood test can help detect the presence of anemia, along with what could be causing it. The test identifies the size difference between the biggest and smallest red blood cells in a sample. In this article, we look at what to expect when having this test, and when it might be used. Read now 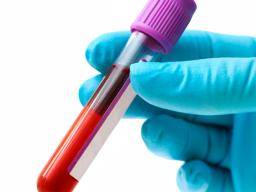 What's to know about low MCHC in blood tests? MCHC levels are measured as part of a standard complete blood count (CBC). If levels are low, it can be an indicator that certain elements of the blood are deficient. Determining the cause of a low MCHC can help a doctor evaluate the cause and severity of anemia. Learn more about MCHC tests in this MNT article. Read now 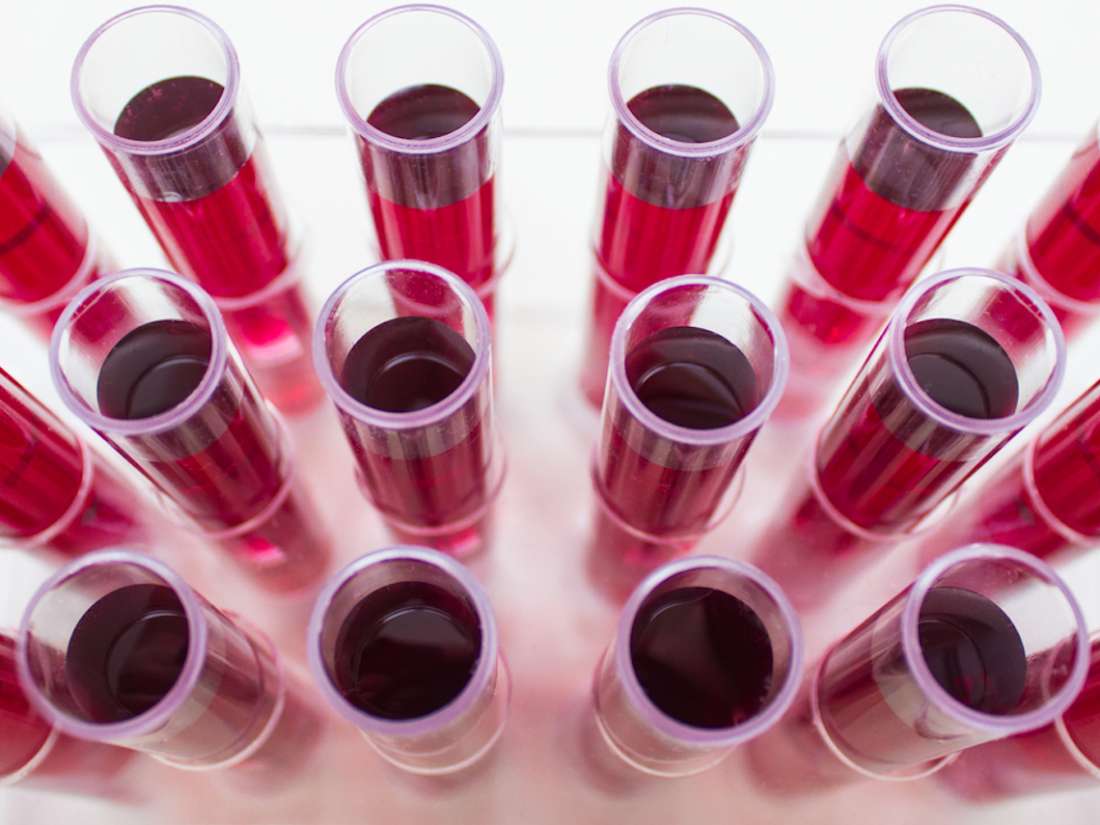 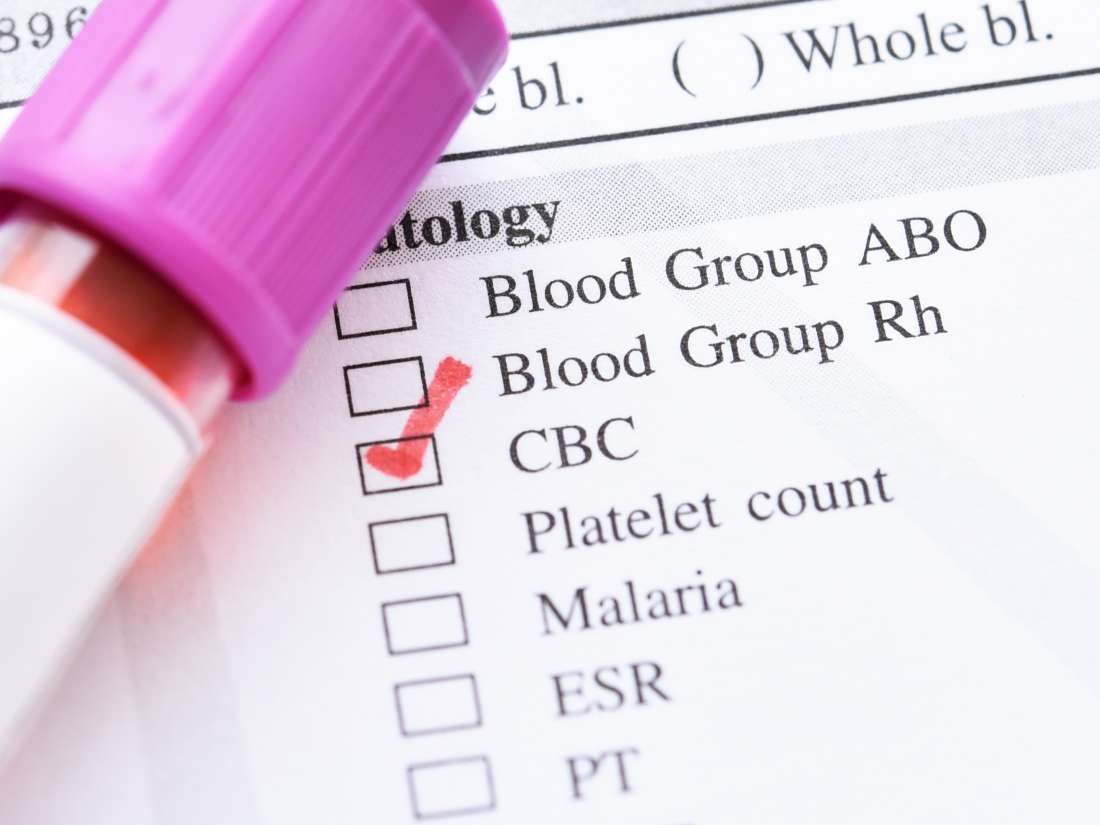 Everything you need to know about thin blood Thin blood is the opposite of thick blood, which can increase the risk of blood clots and complications, such as stroke. Thin blood can lead to excessive bleeding and bruising and has various causes. In this article, learn about the causes of thin blood, the symptoms, when to see a doctor, and treatments that can help. Read now
email email
print
share share
Blood / Hematology
Medical Devices / Diagnostics