What happens when calcium levels are low?

Complications of hypocalcemia can be life-threatening, and if the condition goes untreated, it could eventually lead to death.

A calcium deficiency may have no early symptoms. To avoid complications, a person should seek prompt diagnosis and treatment if they experience any of the symptoms listed below.

In this article, we also describe the prevalence of calcium deficiency disease, how to prevent it, and how it is treated.

What are the symptoms?

The symptoms described below may become worse as the disease progresses. 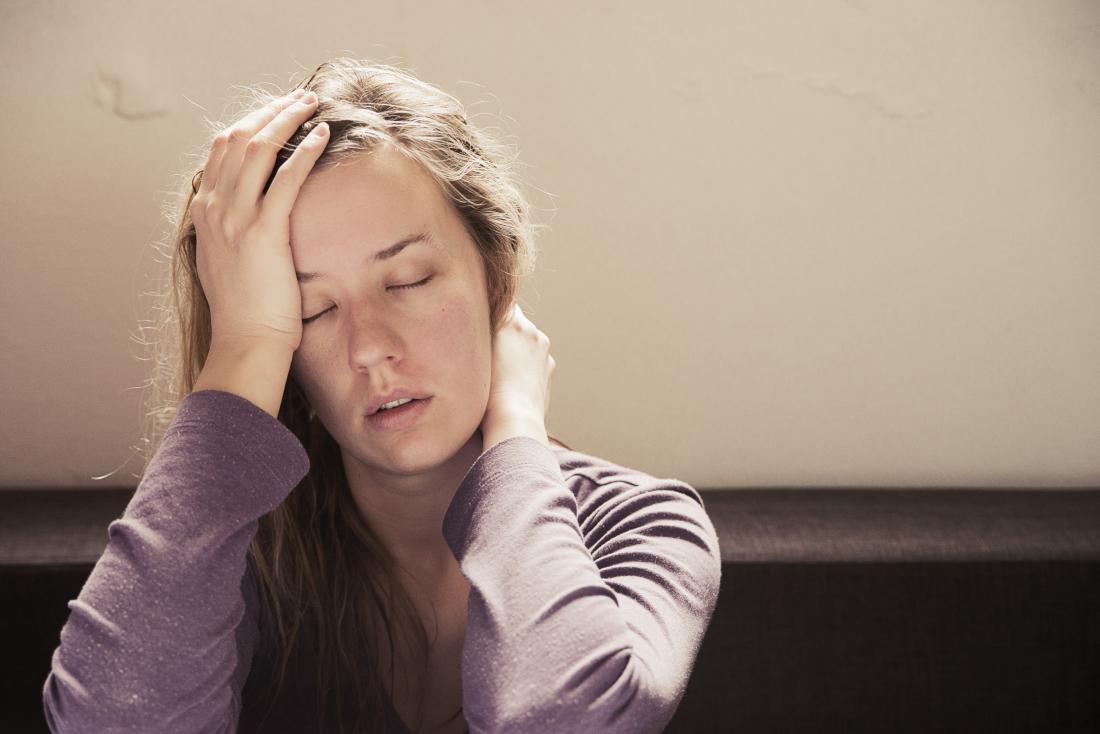 Calcium deficiency can lead to extreme tiredness and fatigue.

Muscle aches, cramps, and spasms are the earliest signs of a calcium deficiency. People tend to feel pain in the thighs and arms, particularly the underarms, when walking and otherwise moving.

A calcium deficiency can also cause numbness and tingling in the hands, arms, feet, legs, and around the mouth.

These sensations may indicate a more severe deficiency.

These symptoms can come and go, but they do not disappear with activity, and a person may have to wait them out.

Low levels of calcium can cause insomnia or sleepiness.

Fatigue associated with calcium deficiency can also cause lightheadedness, dizziness, and brain fog, which involves lack of focus, forgetfulness, and confusion.

Chronic calcium deficiency can affect the skin and nails.

The skin may become dry and itchy, and researchers have linked hypocalcemia to eczema and psoriasis. Eczema is a general term for skin inflammation. Symptoms include itchiness, redness, and skin blisters. Eczema is highly treatable, while psoriasis can be managed, but there is no cure.

A calcium deficiency may lead to dry, broken, and brittle nails. It can also contribute to alopecia, a condition that causes hair to fall out in round patches.

Calcium deficiency can lead to osteopenia and osteoporosis.

Osteopenia reduces the mineral density of bones, and it can lead to osteoporosis. Osteoporosis makes bones thinner and more susceptible to fractures. It can cause pain, issues with posture, and eventual disability.

While osteopenia is less severe than osteoporosis, both cause diminished bone density and increased risk of breaks and fractures.

The bones store calcium well, but they require high levels to stay strong. When overall levels of calcium are low, the body can divert it from the bones, making them brittle and prone to injury.

It takes years for bones to lose their density, and a calcium deficiency may take as long to cause serious problems. 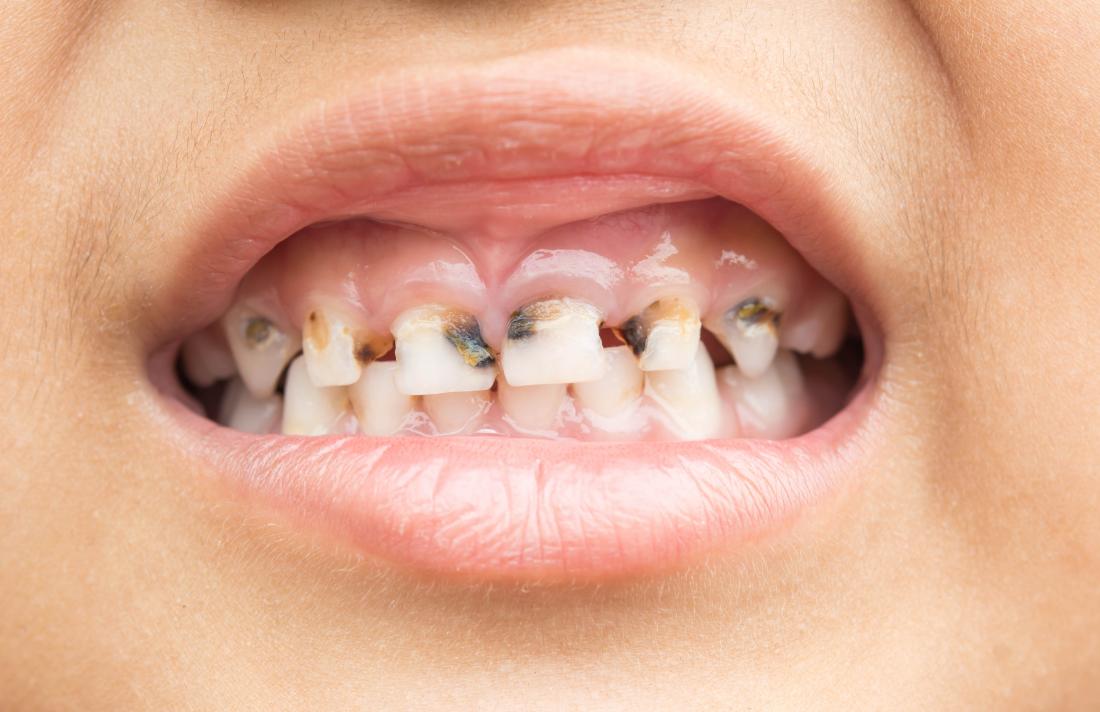 Low levels of calcium may lead to tooth decay.

Low calcium levels have been linked to severe PMS.

Participants in one 2017 study reported improved mood and reduced rates of fluid retention after taking 500 milligrams (mg) of calcium daily for 2 months.

In 2019, authors of a systematic review concluded that low levels of vitamin D and calcium during the second half of the menstrual cycle might contribute to symptoms of PMS. The team proposed using supplements to help relieve symptoms.

When the body lacks calcium, it pulls it from sources such as the teeth. This can lead to dental problems, including weak roots, irritated gums, brittle teeth, and tooth decay.

Calcium deficiency has been linked to mood disorders, including depression, though evidence is lacking.

Anyone who suspects that a calcium deficiency is contributing to depressive symptoms should ask a doctor to check their levels. Calcium supplements could help to manage these symptoms.

Anyone experiencing symptoms of a calcium deficiency should speak with a doctor. They will order tests and check the levels of calcium in the blood.

The normal range for adults is 8.8–10.4 milligrams per deciliter (mg/dL). Children require more calcium than adults, and any level lower than 8.8 mg/dL constitutes a deficiency.

How common is calcium deficiency disease?

While incidence and prevalence are not yet firmly established, the following information can give an impression of who is at risk.

Calcium deficiency in the United States

According to a 2013 report published in the Journal of the American College of Nutrition, the following populations are most likely to have a calcium deficiency:

In 2013, authors at British universities reported that calcium deficiency is common in chronically ill people.

According to global estimates published in 2015, 3.5 billion people are at risk for calcium deficiency.

Authors at Pakistani universities surveyed 252 female participants. While 41 percent were calcium and vitamin D deficient, 78 percent reported symptoms consistent with these deficiencies, including pain in the back, legs, and joints.

Results suggest that many women have low levels of these nutrients but may be unaware.

Calcium deficiency has been linked to:

A study that included 1,038 people admitted for critical care at the Royal Liverpool University Hospital found that 55.2 percent were hypocalcemic and that 6.2 percent of these people had a severe deficiency. 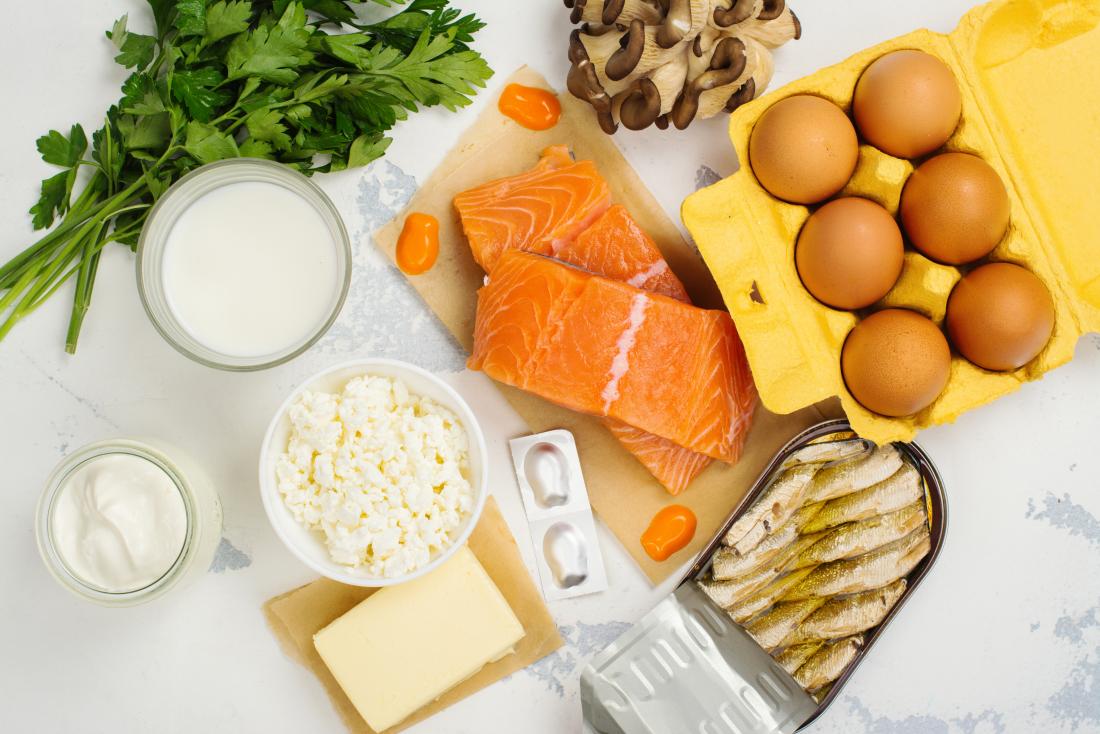 Calcium-rich foods can help reduce the likelihood of deficiency.

The safest and easiest way to manage and prevent a calcium deficiency is to add more calcium to the diet.

Some calcium-rich foods include:

The daily recommended amount of calcium in the diet is 1,000 mg for people aged 19–50, while children, teens, and older adults tend to require more.

It is not a good idea to start taking calcium supplements without first consulting a doctor. Too much calcium increases the risk for cardiovascular disease, kidney stones, and other serious health problems.

When a deficiency is severe, or when supplements and dietary adjustments are not achieving sufficient results, a doctor may prescribe calcium injections.

Calcium deficiency can occur for a number of reasons and is most easily prevented through dietary changes.

Most people with calcium deficiencies who take supplements or receive injections notice improved symptoms within a few weeks.

People with severe deficiencies may be monitored to prevent complications. 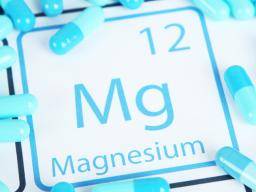 What is hypermagnesemia? In this article, find out about the blood condition hypermagnesemia, the possible causes and symptoms of this condition, and how it is treated. Read now 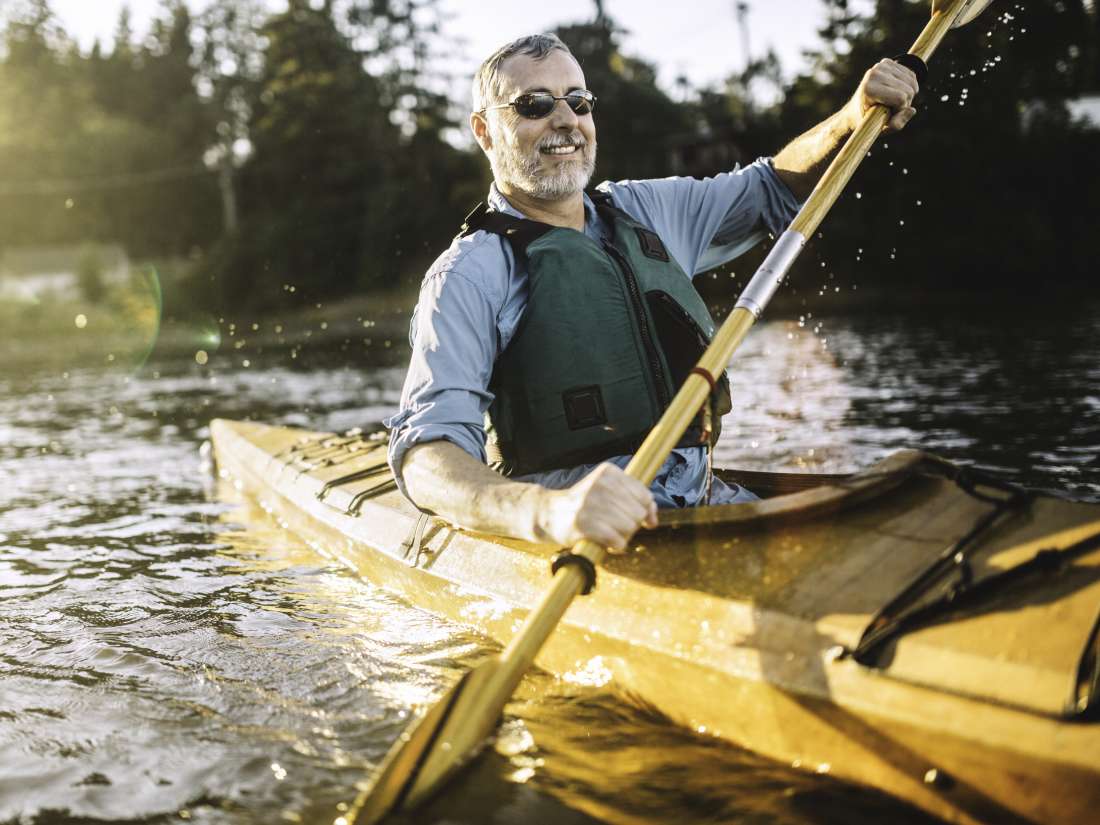 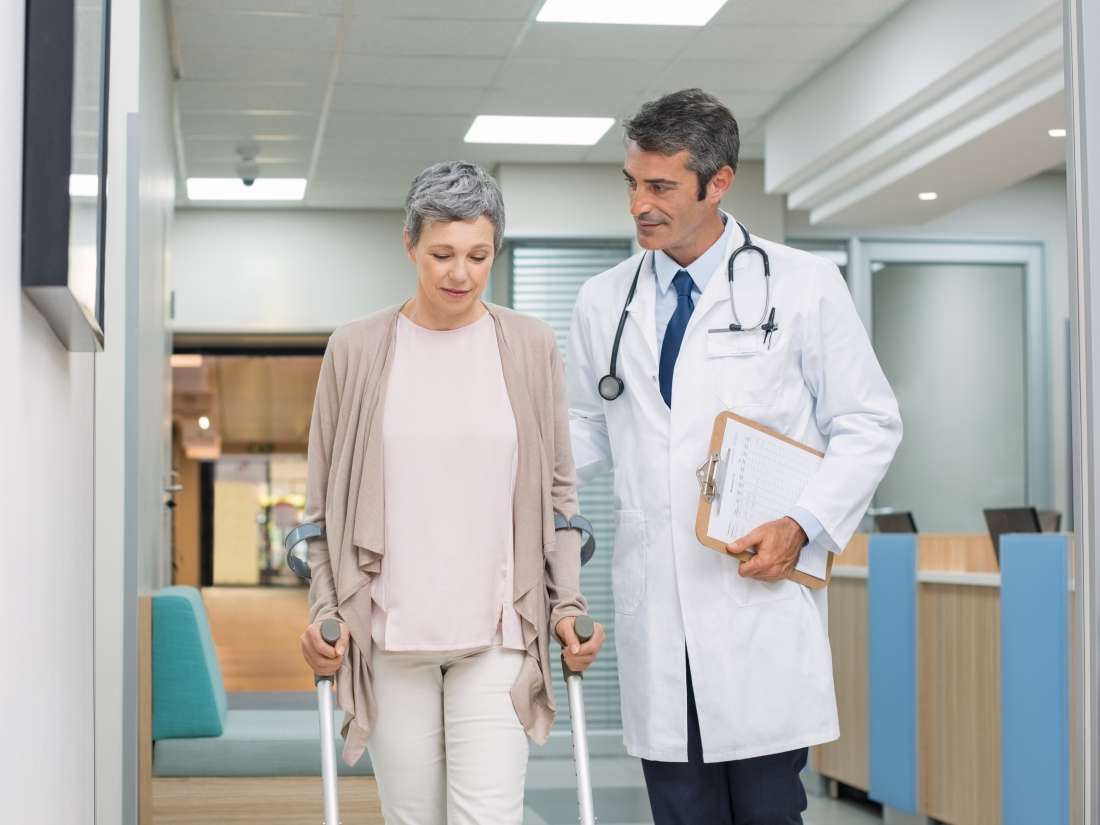 What to know about osteoporosis Osteoporosis occurs when bone density decreases. This affects the structure and strength of bones and makes fractures more likely. Osteoporosis is most common in women after menopause, but anyone can develop it. Smoking and a poor diet increase the risk. Here, learn about prevention, symptoms, treatments, and more. Read now 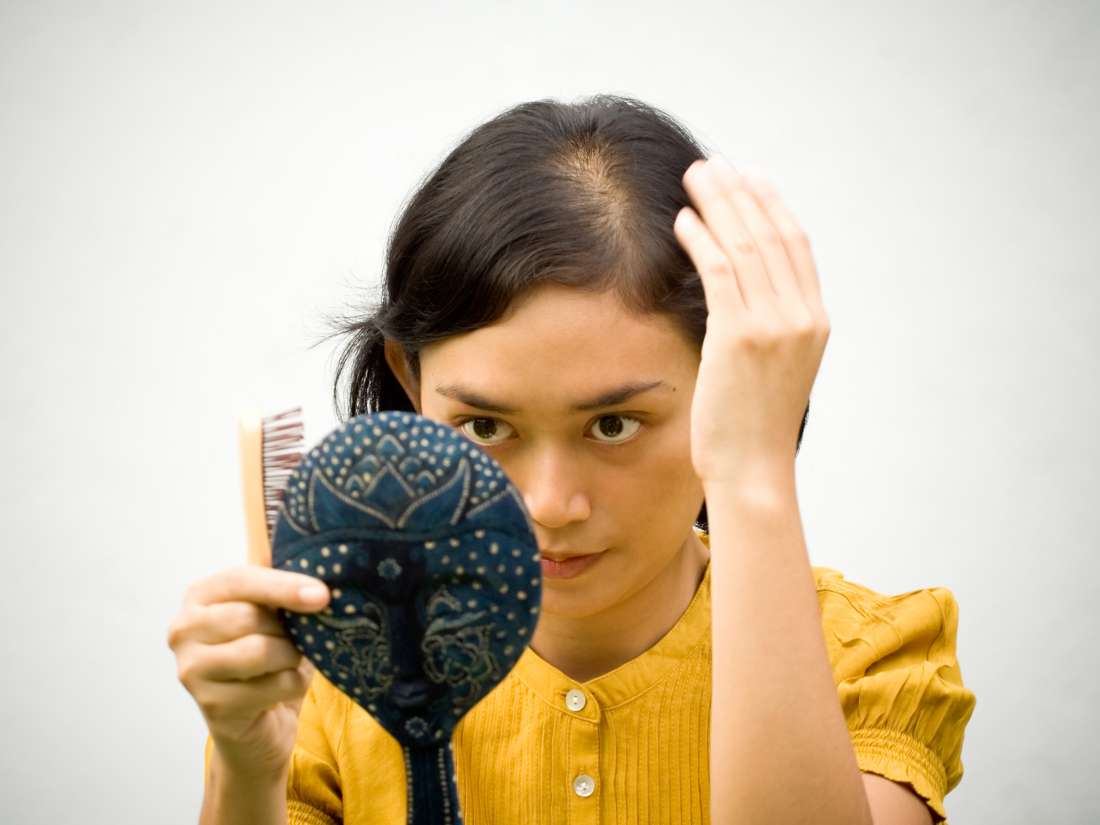 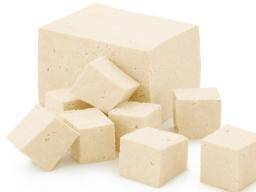 Ten foods high in magnesium Magnesium is found in many different foods. Although magnesium deficiency is rare, many people in the United States do not get as much of the mineral as they should. This MNT Knowledge Center article will introduce you to ten powerful sources of this important mineral. Read now
email email
print
share share
Osteoporosis

Visit our Osteoporosis category page for the latest news on this subject, or sign up to our newsletter to receive the latest updates on Osteoporosis.

Abdi, F. et al. (2019). A systematic review of the role of vitamin D and calcium in premenstrual syndrome. https://www.ncbi.nlm.nih.gov/pmc/articles/PMC6422848/

Alopecia areata.  (2016, May 31). Retrieved from https://www.niams.nih.gov/health-topics/alopecia-areata

Naveed, S., Hameed, A., Siddiqui, H. A., Sharif, N., Urooj, A., … Farooqui, A. (2016, May 14). Survey on prevalence of vitamin D as well as calcium deficiency plus awareness about osteopenia and osteoporosis in females. Journal of Bioequivalence & Bioavailability, 8(4), 175–178.  Retrieved from https://www.omicsonline.org/open-access/survey-on-prevalence-of-vitamin-d-as-well-as-calcium-deficiency-plusawareness-about-osteopenia-and-osteoporosis-in-females-jbb-1000289.php?aid=72778