How are Dexedrine and Adderall different?

The medications share a similar set of possible side effects, risks, and warnings. But there are some small differences between Adderall and Dexedrine that may make one more suitable for some people than others. 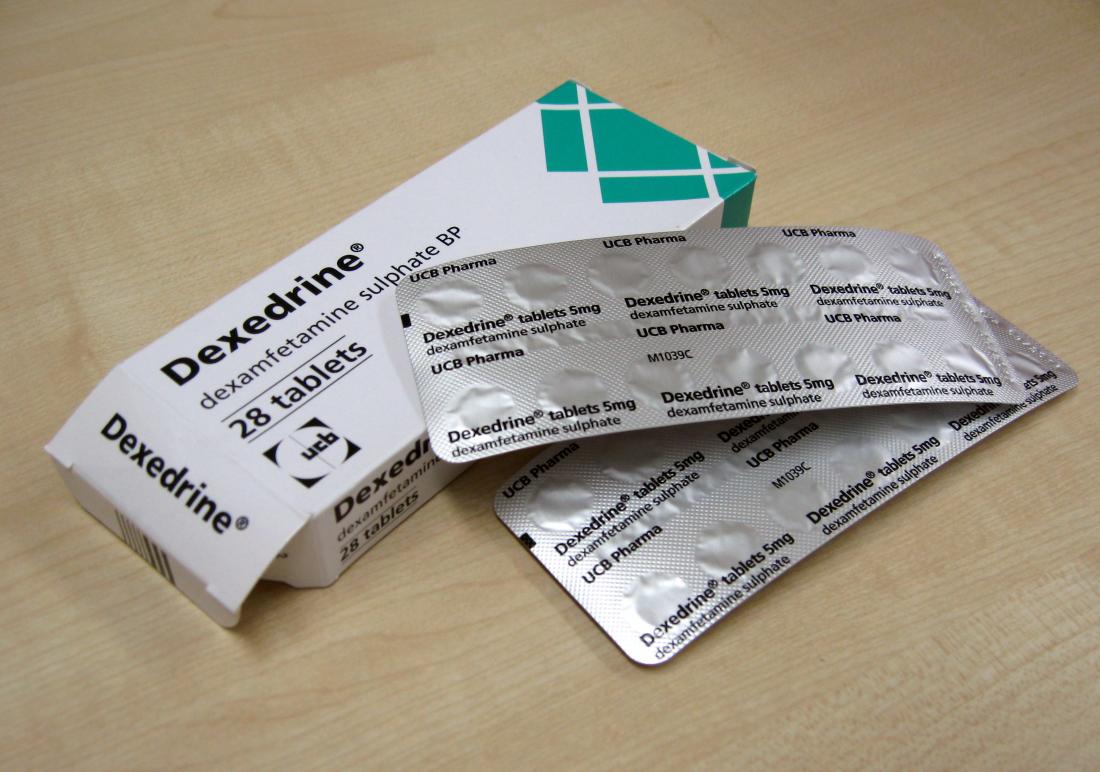 Dexedrine is one drug that can be used to treat ADHD.
Image credit: Adam from UK, 2008

Dexedrine and Adderall both contain forms of the synthetic compound amphetamine, which is a central nervous stimulant.

Researchers still do not know exactly how amphetamine works. However, it seems to increase the release or effectiveness of certain neurotransmitters, the body's chemical messengers, including:

There are two active forms of the synthetic compound amphetamine: dextro(d)-amphetamine and levo(l)-amphetamine. Of the two forms, d-amphetamine is considered the stronger of the pair.

While the two forms of amphetamine differ in their makeup, both have proven effective for the treatment of ADHD since the 1970s.

Currently, immediate-release types of Dexedrine and Adderall are both approved by the U.S. Food and Drug Administration (FDA) for the treatment of ADHD in children aged 3 and older.

The administration methods may differ between Dexedrine and Adderall:

People should take Adderall and Dexedrine first thing in the morning and again in the early afternoon. Adderall XR and Dexedrine Spansule usually only need to be taken once a day, ideally as soon as someone wakes up.

People should not take stimulant medication late in the afternoon or evening, as they can make it very difficult to sleep.

A doctor will typically prescribe people with ADHD the lowest dose possible to begin with, then increase the dosage as needed.

According to the FDA guidelines, most doctors will initially prescribe 2.5 milligrams (mg) of Dexedrine to treat ADHD in children aged 3 to 5, which can be increased by 2.5 mg each week if required.

Those aged 6 and above should begin with 5 mg one or two times a day. This amount can be increased by 5 mg each week if required. It is rare that the dose should exceed a total of 40 mg in a single day.

The FDA suggest that children aged 3 to 5 with ADHD should take 2.5 mg of Adderall daily, increasing the dosage by 2.5 mg each week if necessary.

Those aged 6 years and above can usually begin by taking 5 mg of Adderall once or twice daily, increasing the dosage by 5 mg each week as needed. 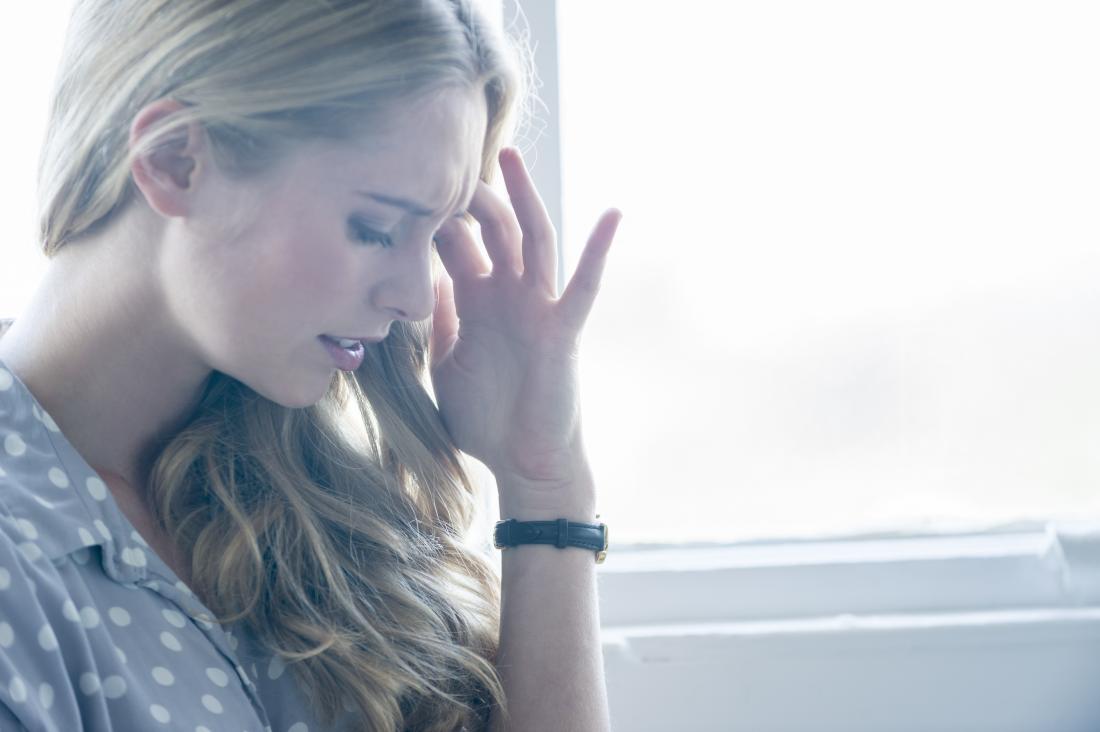 Headache and dizziness may be side effects of both Dexedrine and Adderall.

Dexedrine and Adderall typically share the same side effects, warnings, and risks because they contain forms of the same drug.

Common side effects include:

Adderall and Dexedrine can also cause more serious side effects, especially when misused. Without proper medical care, side effects associated with prescription stimulant use can become life-threatening.

People experiencing some of the more common, less severe side effects of Adderall and Dexedrine should talk with a doctor.

If someone is experiencing serious side effects associated with prescription stimulants, seek immediate medical attention or call the emergency services. 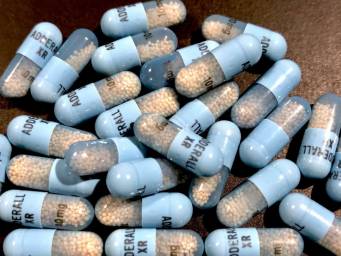 Coping with an Adderall crash
When the effects of Adderall wear off, users can experience what is known as an Adderall crash. Learn about the symptoms of a crash, how long it lasts, and how to treat one here.
Read now

Health risks associated with prescription stimulant use include:

Another possible health risk linked to prescription stimulant use is serotonin syndrome. This condition occurs when there is too much serotonin in the bloodstream. Symptoms include diarrhea, fever, and seizures.

Both Adderall and Dexedrine are classified as Schedule II drugs by the FDA, which means they carry a high risk of abuse and addiction.

Medications that treat ADHD are habit-forming. Even people who take their ADHD medications as prescribed usually become desensitized to these drugs over time. Some people might need to slowly increase their dosage for the drugs to remain effective.

People using Adderall and Dexedrine can experience serious side effects. Certain things can also interfere with the absorption, efficacy, or strength of the medications.

A doctor will explain how to avoid as many of the potential side effects as possible. Common warnings include:

People with certain medical conditions cannot safely use stimulants such as Adderall and Dexedrine. These conditions include:

How to know which is best for you? 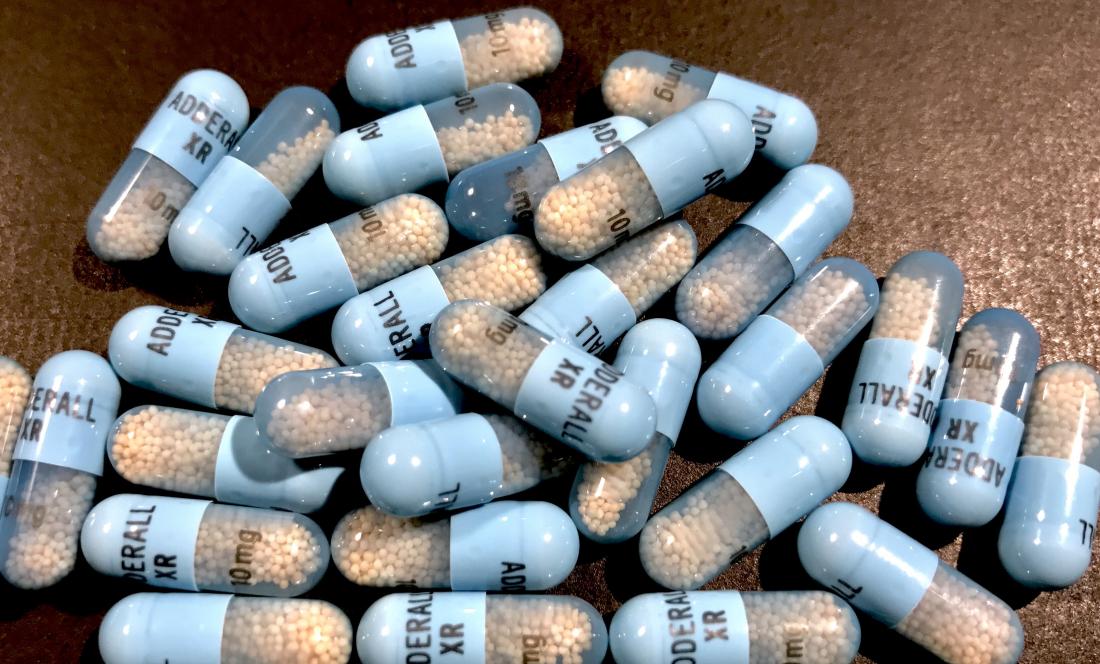 A person's age may affect which ADHD medication is most appropriate.
Image credit: neb4o1, 2017

Adderall and Dexedrine tend to cause similar effects in most people.

Everyone responds to medications differently. It usually takes time to work out which type and dose of medication work best.

Factors that may help determine which ADHD medication is best for each person include:

Many people prefer the long-acting forms of the medications, such as Adderall XR and Dexedrine Spansule, to the short-acting formulas because they do not need to take additional doses during the day.

However, short-acting versions can allow doctors to adjust the dosage more finely to manage any side effects.

Most people know whether or not they are going to experience any side effects within a week. If one medication causes significant side effects, they can try another form.

Both Adderall and Dexedrine are usually available in both brand and generic versions that tend to cost similar amounts.

Some insurance companies may cover one type or form of drug and not the other, or charge more for one drug than the other. People should talk with a doctor, pharmacist, or insurance agent about the best pricing options.

Adderall and Dexedrine are two of the most widely prescribed medications used to treat ADHD.

Both of the medications contain the active ingredient amphetamine. While Dexedrine contains only the most potent form of amphetamine, Adderall contains a mixture of amphetamine's two active forms.

Most people with ADHD respond to Adderall and Dexedrine similarly, though some people may react in slightly different ways to the drugs.

If one medication is not effective or causes too many side effects, a doctor will usually recommend trying other forms of amphetamine-based medications. 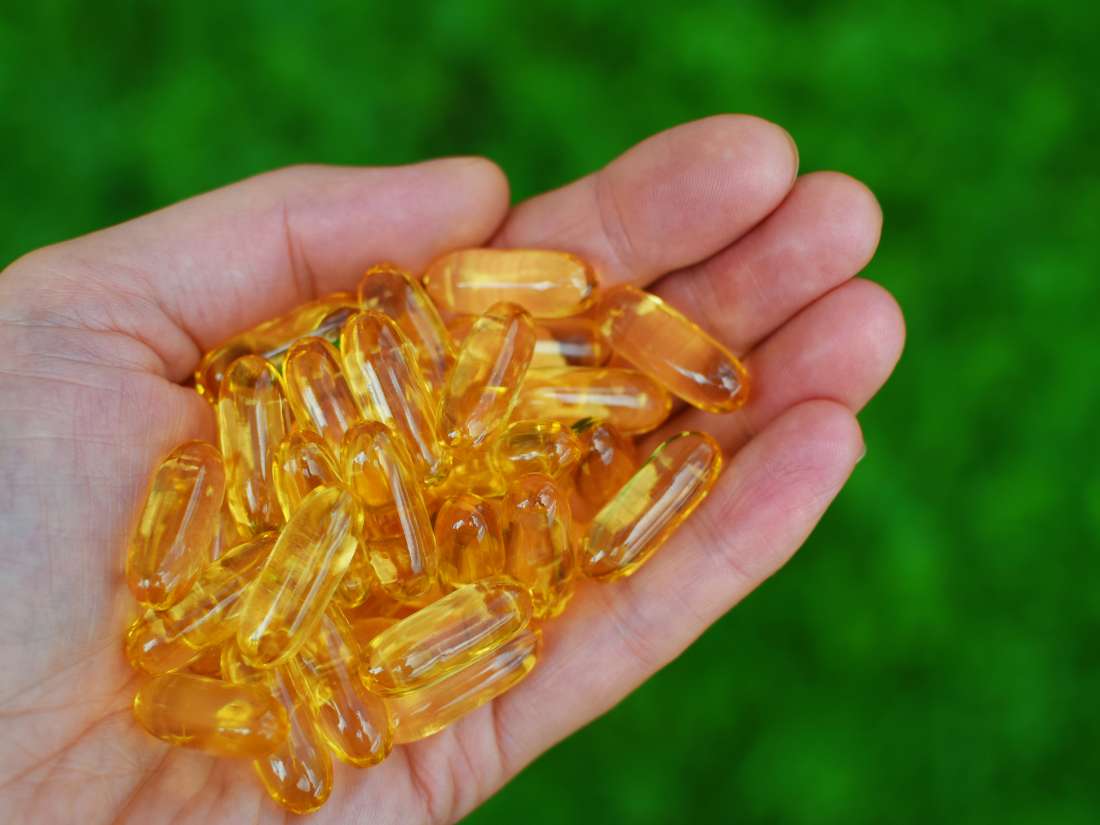 Are there natural remedies for ADHD? ADHD is a behavioral disorder in which a person has a limited attention span and bouts of hyperactivity. This MNT Knowledge Center article explains natural remedies for treating the symptoms of ADHD and their risks. It also examines how supplements and lifestyle changes may be able to help. Read now 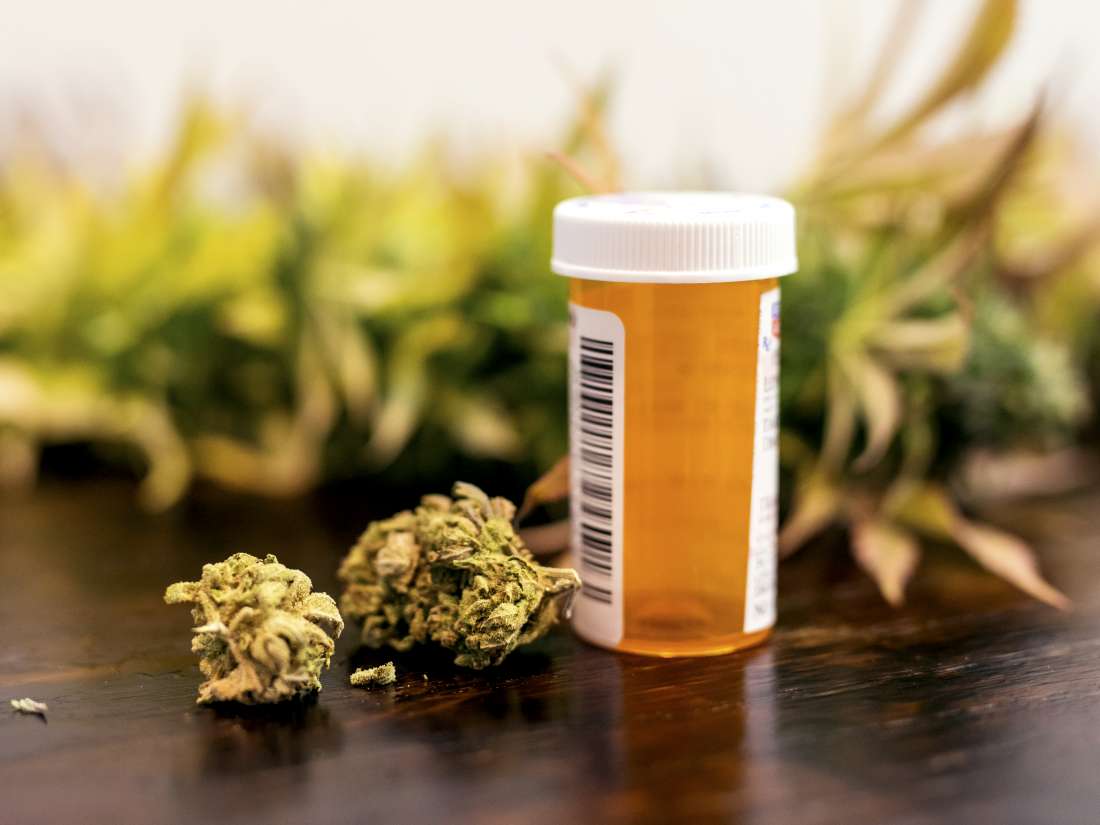 Can marijuana help treat ADHD? ADHD is a behavioral condition that makes concentration difficult. Stimulant medication is the standard treatment, but some people use medical marijuana as it eases symptoms without the adverse side effects. Studies show this might impact long-term health. MNT consider the benefits and risks of medical marijuana. Read now 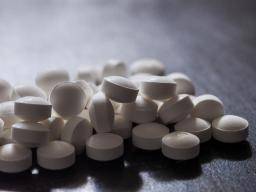 Uses and risks of amphetamine Amphetamines are highly addictive drugs that stimulate the central nervous system. People with some conditions, including ADHD, take them as medication. However, others misuse them as they can also cause euphoria and weight loss. In this article, learn about amphetamines and their effects, both positive and adverse. Read now 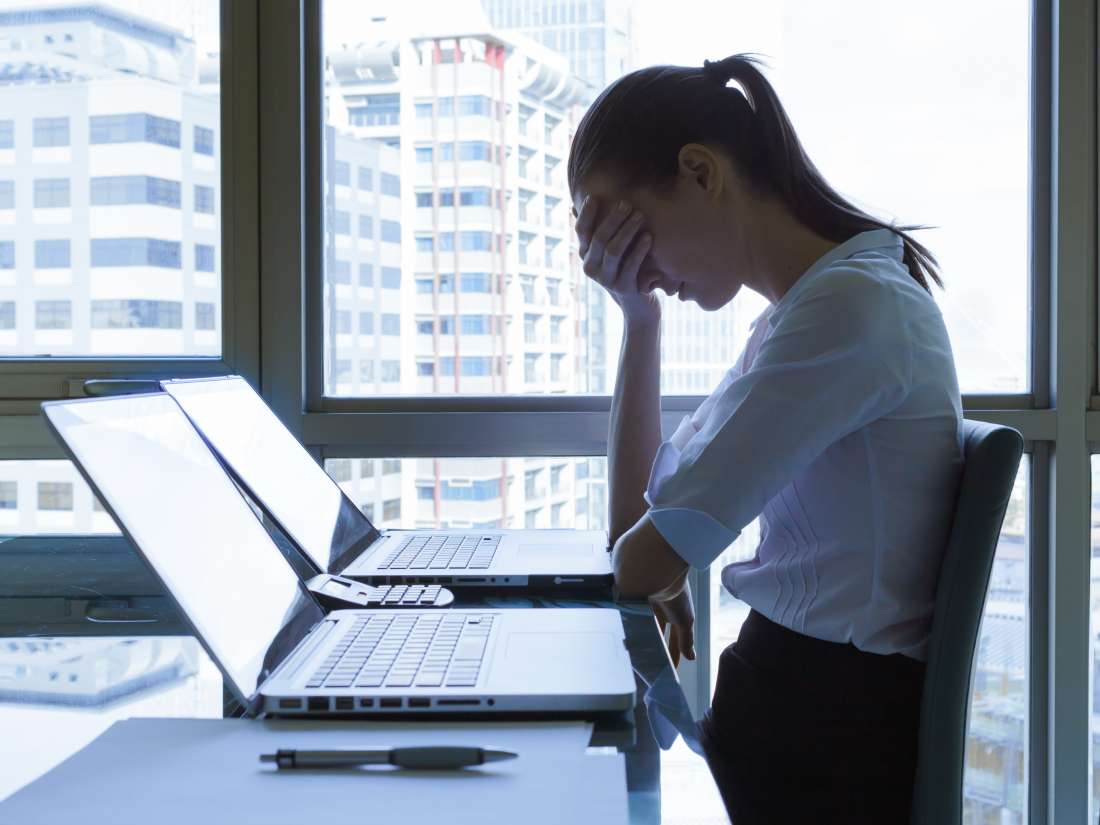 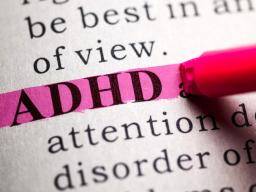 Adult ADHD: What you need to know Adults with ADHD can find it difficult to focus, to listen attentively to others, and to remain organized. Since childhood, the person may have developed coping mechanisms to enable them to function in work and relationships, but this can be stressful and tiring. Medications and lifestyle changes can help people cope. Read now
email email
print
share share
ADHD / ADD
Alcohol / Addiction / Illegal Drugs Pharmacy / Pharmacist Psychology / Psychiatry