What you should know about date rape drugs

Most estimates suggest that at least 25 percent or 1 in 4 of American women have been sexually assaulted or raped. Someone the victim knows, sometimes with the assistance of a date rape drug, commits most rapes.

Knowing the most common date rape drugs, their side effects, and the signs of a perpetrator planning to use one can prevent victimization.

Types and their side effects 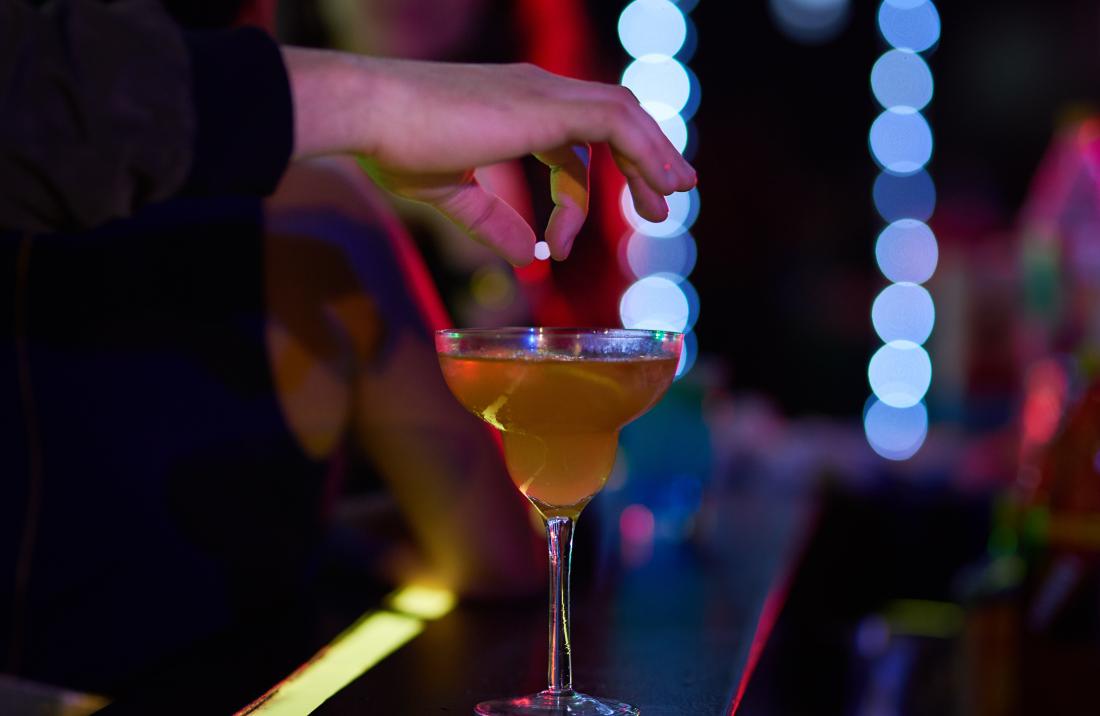 Alcohol and benzodiazepines are commonly used date rape drugs, as they may cause physical weakness and loss of consciousness.

Date rape drugs make a sexual assault, including rape easier in one or more ways, such as:

Any drug that changes a potential victim's state of mind, including some prescription drugs, street drugs such as heroin, and popular drugs such as marijuana, can be a date rape drug.

The most common date rape drugs are:

Alcohol is the most popular and most readily available date rape drug. About half of acquaintance rapes involve alcohol consumption by the perpetrator, victim, or both. On college campuses, which are a common setting for rape, alcohol-related rape is especially common.

Alcohol lowers a person's inhibitions, makes victims less aware of their surroundings and is often readily consumed by victims. It can also spur aggressive behavior by rapists and increase their willingness to harm others.

Benzodiazepines are a class of anti-anxiety drugs that can also cause people to feel sleepy. A number of these drugs, including Xanax (alprazolam) and Klonopin (clonazepam), can be used as date rape drugs.

The most popular benzodiazepine date rape drug is Rohypnol (flunitrazepam). Rohypnol causes a victim to feel very relaxed, weakens their muscles, and may cause loss of muscle control. Some victims lose consciousness or feel dizzy and confused.

After Rohypnol wears off, some victims do not remember what happened. Rohypnol comes in pill form but can be dissolved in liquid, such as an alcoholic drink.

Ketamine is an anesthetic that acts quickly to cause feelings of relaxation. Victims may lose consciousness or be confused and compliant. They might not remember what happened while under the influence of the drug.

Unlike most other date rape drugs, ketamine acts almost immediately. A victim may not have time to realize they have been drugged.

At high doses, ketamine can cause breathing problems that may be fatal.

Ketamine comes as a white powder that may change the taste of someone's drink. Consequently, perpetrators sometimes use it in strong-tasting alcoholic beverages that may disguise the drug's presence. 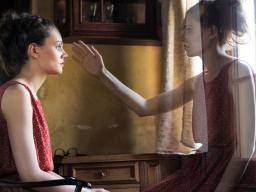 What are the uses of ketamine?
One of the date rape drugs to be aware of is ketamine, which is also used as a recreational drug. Learn more about it here.
Read now

Gamma-hydroxybutyric acid (GHB) is a drug form of a neurotransmitter that naturally occurs in the body. Neurotransmitters are chemicals that help nerves send and receive signals.

At low doses, GHB can cause nausea and vomiting. At higher doses, it can cause loss of consciousness, seizures, difficulty seeing, and the inability to recall what happened when drugged.

GHB is easy to overdose on and is often manufactured in home "labs." Consequently, victims may become extremely sick after being drugged with GHB and it can be fatal.

GHB is a colorless, odorless liquid so a victim may have no idea they have been drugged.

Any drug that changes a victim's consciousness can be used to facilitate date rape.

In some cases, the victim might even ingest the drug willingly. A person who uses heroin, for example, may be so intoxicated that they do not realize a perpetrator is attempting to rape them.

People who use drugs should, therefore, avoid taking them around certain acquaintances or in settings that might facilitate date rape.

Recognizing the signs of a date rape drug 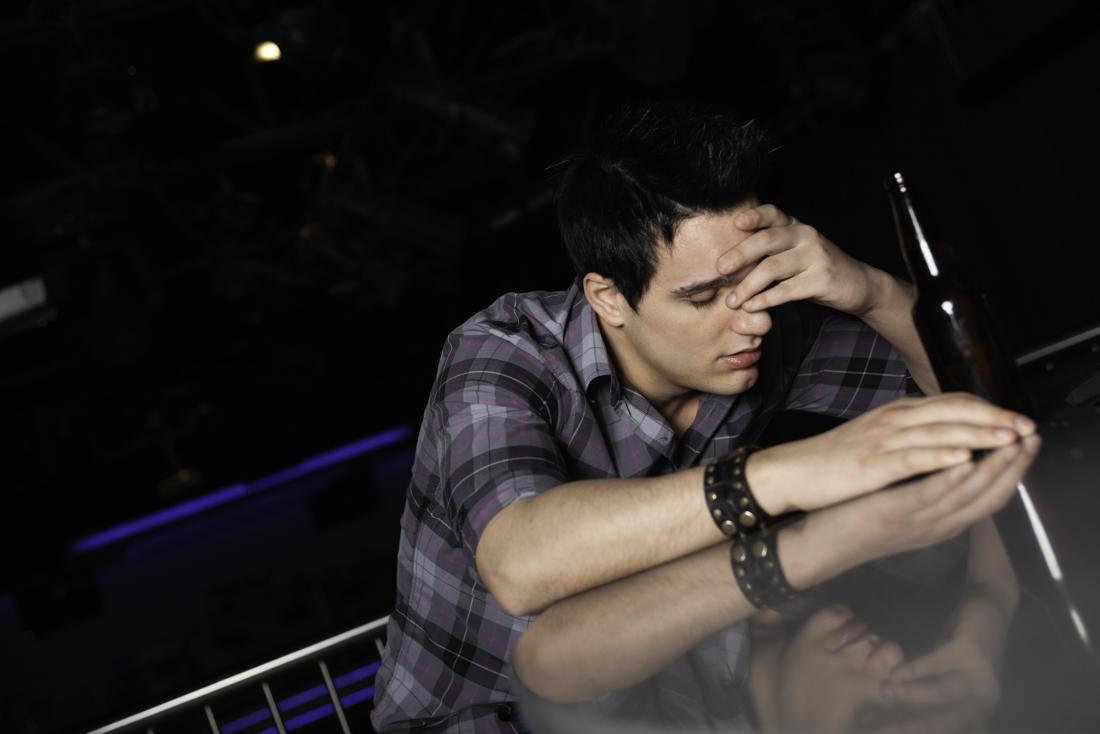 Feeling confused, losing consciousness, or not remembering recent occurances, are all potential signs of having been drugged.

A person who has recently accepted a drink from another person, even a friend, or who has left their drink unattended should be cautious.

Some signs to watch for include:

It can be hard to distinguish the effects of a date rape drug from those of alcohol, particularly after consuming large quantities of liquor.

People who are accustomed to the effects of alcohol should consider how they normally feel after drinking or when intoxicated. An unexplained change in a person's reactions to alcohol could mean a date rape drug is involved.

A person who feels significantly drunker than usual should consider the possibility that they have been drugged. The only way to know for sure is to seek medical testing.

What to do if you think you've been drugged 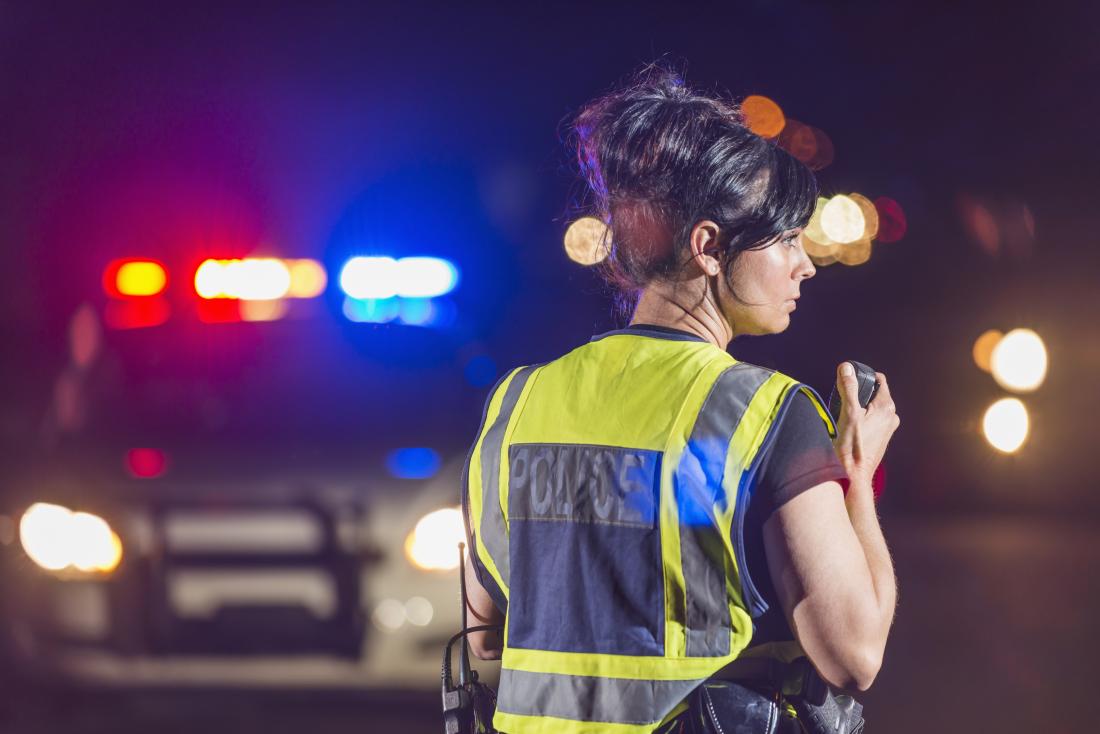 If a person suspects they have been drugged, they or a friend should call 911 and ensure they are in a safe location.

It is possible to lose consciousness quickly, so a person should not waste time trying to find the perpetrator or researching whether their symptoms match those of a date rape drug.

Instead, they should immediately tell a trusted friend that they suspect they may have been drugged. They or a friend should call for emergency help by dialing 911 then get themselves to a safe place.

They may want to ask a friend for a ride home or go to a public location and tell someone about the drugging.

Next, they should seek emergency medical care. Date rape drugs leave the body within a few hours, leaving no trace. After going to the emergency room or calling 911, a person should tell the doctor, nurse, or dispatcher that they may have been drugged and request immediate testing.

A person who wakes up to signs they may have been drugged must also seek emergency medical care. A hospital can use a rape kit to test for signs of sexual assault. If the police catch a perpetrator, this kit can be used to prove their guilt.

To preserve evidence, a potential victim should avoid showering or bathing until after the exam is complete.

A person who thinks they may have been a victim of a sexual assault may want to consider contacting their local rape crisis center. The center may be able to send a victim advocate to the hospital or offer phone counseling. To find a rape crisis center, click here.

Some simple strategies can protect against date rape drugs:

Date rape is never the victim's fault, yet many victims feel guilty or ashamed. That guilt can prevent them from seeking medical care or reaching out for support to help them recover.

Rapists are the only people responsible for rape.

By acting quickly when a person thinks they might have been drugged or raped, they can protect themselves, help to catch the perpetrator, and potentially mitigate the dangerous effects of date rape drugs. 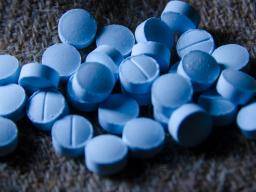 The benefits and risks of benzodiazepines Benzodiazepines are a class of drugs commonly prescribed to treat anxiety, insomnia, epilepsy, and alcohol dependence. However, benzodiazepines have considerable risks and can be fatal if abused. This article looks at the many types of these drugs, their beneficial uses, and the risks associated with them. Read now 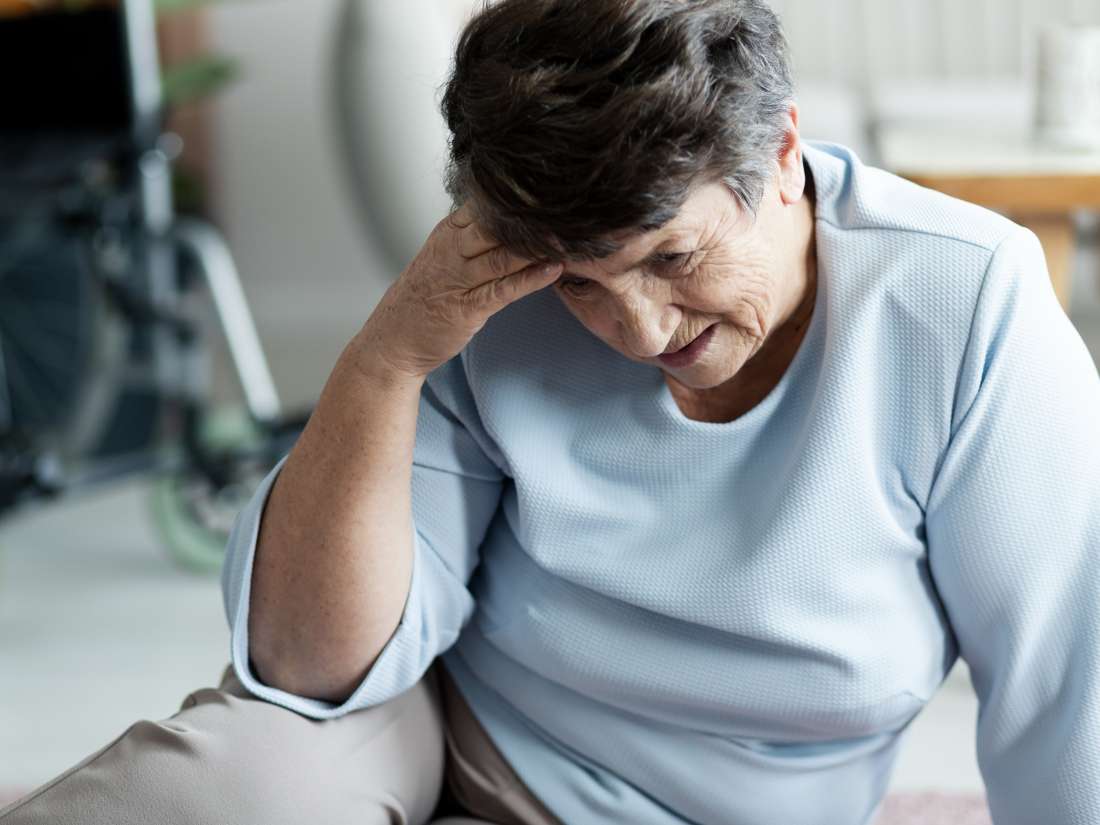 What is fainting, and what causes it? Fainting is a sudden, temporary loss of consciousness. It results from a lack of oxygen reaching the brain. Depending on the underlying cause, it may or may not be a medical emergency. Repeated fainting can signal a severe illness. Learn more about the warning signs and treatment options here. Read now 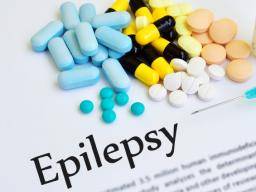 Everything you need to know about barbiturates Learn all about the effects of barbiturates, a class of drugs used to relax and help people sleep. They are no longer prescribed in most cases for alcohol poisoning and migraine, although these were once their main uses. This article will also look at the side effects and health risks for these drugs. Read now 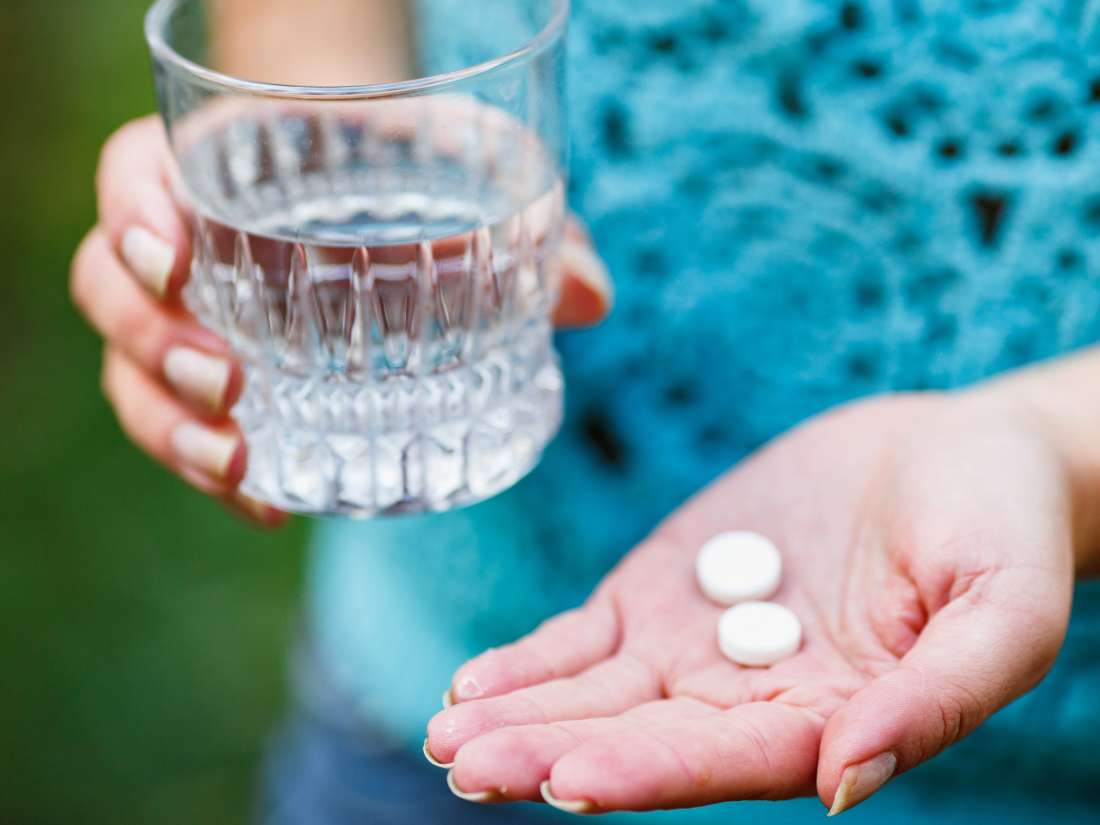 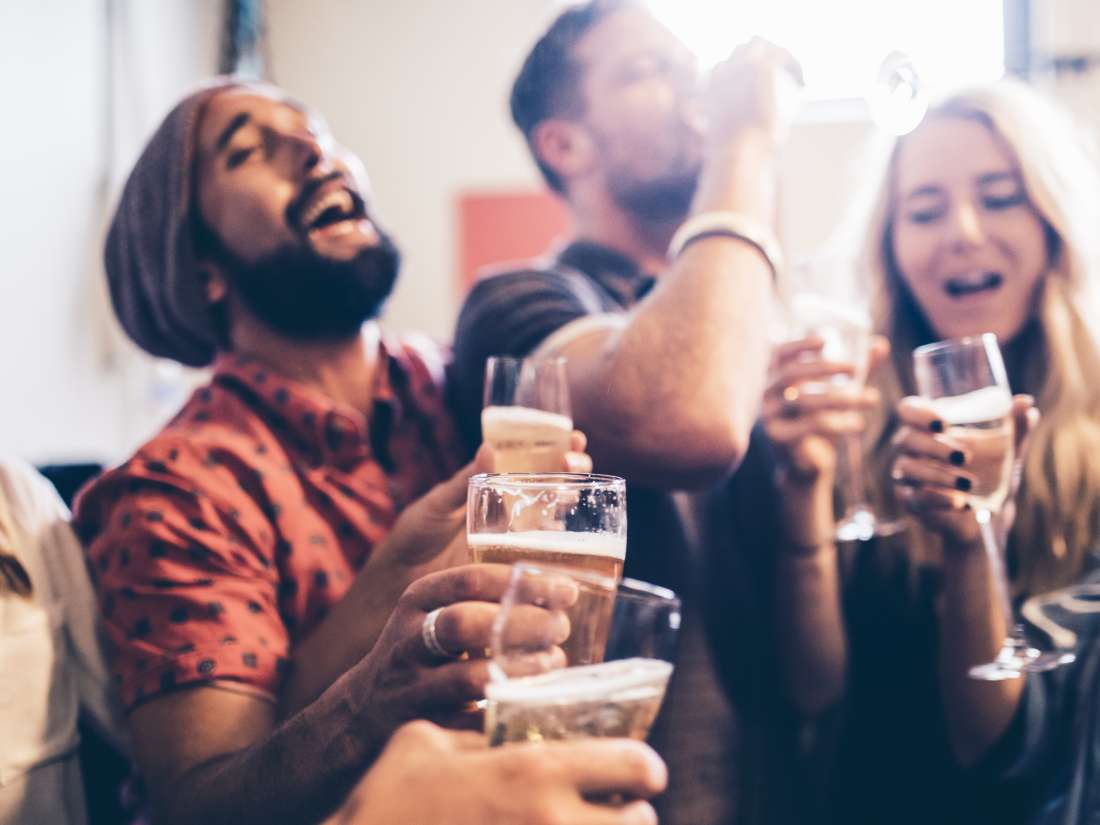 How does alcohol affect bipolar disorder? The relationship between alcohol and bipolar disorder is complex. Bipolar disorder increases the risk of alcohol misuse, and alcohol exaggerates the symptoms of bipolar disorder. Alcohol can also complicate treatment options. Find out more about the risks of consuming alcohol with this condition, and get some tips. Read now
email email
print
share share
Alcohol / Addiction / Illegal Drugs
Public Health Sexual Health / STDs