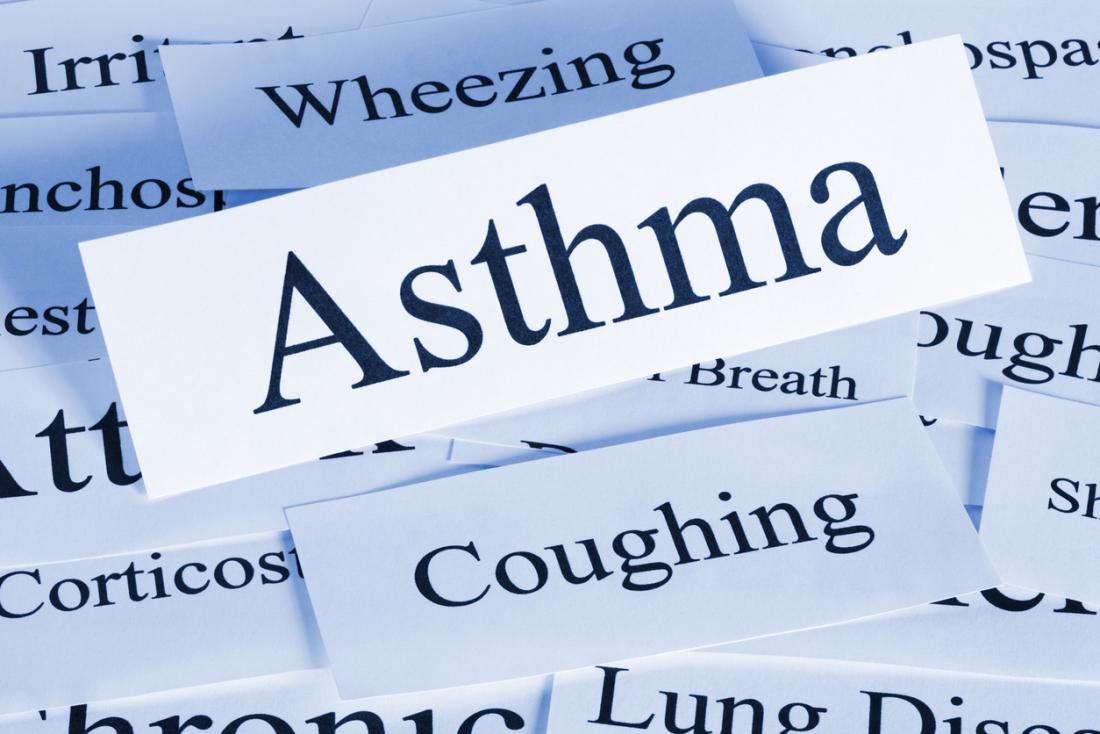 It's not just those with severe asthma who are at risk of death; even individuals with mild symptoms, who do not routinely take medication, die every day from asthma.

There is, in fact, no such thing as one disease called asthma. Instead, asthma is an umbrella term for inflammation and swelling of the airways, which can result in a range of symptoms.

According to the Asthma and Allergy Foundation of America, 7.6 percent of adults and 8.4 percent of children in the U.S. have asthma. And in 2015, 3,615 people in the country died from it.

Worryingly, asthma kills indiscriminately. Anyone with asthma is at risk, and individuals with mild or moderate asthma - including those with few symptoms, who do not routinely take medication - die at roughly the same rate as those who are under specialist care due to their symptoms.

In a Clinical Commission report published in The Lancet, an international panel of experts criticizes the way that doctors view and treat asthma, saying that little progress has been made in the past 20 years.

So, why is asthma medicine stuck in the last century? Find out why experts think that it's time to redefine the term asthma, and why patients and doctors need to take an active part to make this a reality.

Experiencing asthma is a very personal journey; no two individuals have exactly the same triggers or symptoms, and one person's asthma attack might be very different from one day to the next.

Ezra Kirk - from Bath, in the United Kingdom - is heavily asthmatic. He told Medical News Today that his asthma attacks give him "[a] tight chest and [tight] shoulders, pressure everywhere above the diaphragm, including the face and head, a constant grasping for breath, and an inability to breath deeply."

Hannah Bastick - from Brighton, also in the U.K. - has a 2-year-old daughter who has been to hospital several times since birth with severe wheezing. "An attack is very scary as a parent," she told MNT. "I couldn't leave her to sleep by herself when it's obvious how little oxygen is getting into her lungs."

Her daughter's symptoms are triggered by severe colds, and she has been officially diagnosed with virally induced wheeze. "When she gets a bad cold, she becomes permanently wheezy within 24 hours," Ms. Bastick explained.

"It becomes increasingly severe until we don't feel safe enough for her to sleep unwatched, so we take her to the hospital. By this stage, her breathing is very labored and she 'grunts' with every [exhalation]."

The number of new asthma cases has been steadily rising since the 1980s. The condition is the third-ranking reason for children to be admitted to hospital, and it kills 10 U.S. individuals every single day.

Although the overall asthma death rate declined during this time period - from 2.2 to 1.2 deaths per 100,000 people - there was significant regional variation. For example, the highest death rates were found along the Southern half of the Mississippi River, in Georgia, and in South Carolina.

Globally, the asthma death rate has stagnated since 2006, reported a study using data from the World Health Organization (WHO) earlier this month in The Lancet. It remained at 0.19 deaths per 100,000 people during 2012.

A review of asthma deaths occurring between February 2012 and January 2013 conducted by the U.K. Royal College of Physicians found that 46 percent of these were potentially preventable.

Martyn R. Partridge - who is a professor of respiratory medicine at Imperial College London in the U.K. - wrote in the foreword to the report that "some results should unequivocally lead to a shake-up, more training and monitoring, and an end to the complacency that has arisen regarding this common condition."

This call to arms to challenge the common perceptions about asthma is echoed by Ian D. Pavord, a professor of respiratory medicine at the University of Oxford in the U.K. He is the lead author of the Commission's report on asthma, published earlier this month in The Lancet.

One name, many diseases

In their 51-page document, Prof. Pavord and his fellow Commissioners strongly criticize the lack of progress that the field of asthma has seen in the past 20 years.

One of the issues, as highlighted in the report, is that asthma is often diagnosed by looking at an individual's symptoms and carrying out a simple lung function test. But the Commissioners say that this is not specific enough.

To achieve this, better biomarkers will be needed to help both patients and their doctors to move away from the diagnosis of "asthma" and clearly define which type of "chronic airway disease" they are dealing with.

In a radical step, the report goes beyond demanding better diagnosis and treatment by challenging the perception that asthma should be viewed as a life-long condition and treated as a chronic disease.

The focus should be on asthma prevention and asthma cure, the authors say.

Can asthma be cured?

There are a number of factors known to put an individual at risk for developing certain forms of asthma, and asthma caused by allergies is the most common form of the condition.

Immunotherapy treatment is increasingly being used to reduce allergic symptoms and there is some evidence that children who receive immunotherapy for their allergies are less likely to develop asthma.

That being said, a systematic review published in the journal Clinical and Translational Allergy concluded that while immunotherapy treatments for allergy have "the potential to achieve reductions in [asthma] symptoms," there is currently no clear evidence that lung function is improved long-term. 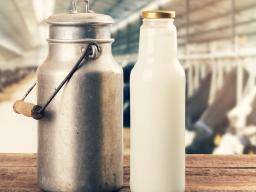 More research is clearly needed to shed light on the underlying causes that lead to each individual asthma diagnosis and to develop early interventions.

Doctors and patients must work together if we are going to challenge our understanding of asthma and change the focus from long-term treatment to prevention and cure.

But with many individuals not taking their asthma medication as advised by their doctor, what is going to empower those with asthma to take an active role in changing the status quo?

According to Prof. Pavord, "One consequence of inhalers being used so liberally is that the diagnosis of asthma has become trivialized." Better patient education is sorely needed.

In an accompanying comment to the Commissioner's report in The Lancet, Dr. Carlos A. Camargo, a professor of medicine at Harvard Medical School in Boston, MA, explains the problem.

"In my clinical experience in the U.S.A.," he writes, "many patients receiving emergency asthma treatment will, on direct questioning, deny that they are having an 'asthma attack' because they have felt ill for days."

Fewer than 50 percent of children and only between 30 and 70 percent of adults stick to their asthma treatment plan, according to a 2015 systematic review.

The U.S. National Heart, Lung, and Blood Institute - which is part of the National Institutes of Health (NIH) - recommend that those with asthma take an active role and work with their doctor to manage their condition. This includes children from the age of 10 years or younger.

With their report, the Commissioners hope to bring about the radical change needed to bring asthma medicine into the 21st century.

Prof. Pavord, who has asthma himself, told The Lancet in an interview that the report is "meant to be a challenging document that asks difficult questions. It will perhaps be a catalyst for change. That's what we hope."

What the future will bring is unclear at this point. But getting patients onboard in a radical shake-up of how we think about asthma and manage the condition is going to be key.

Dr. Sabine Kleinert, who is senior executive editor at The Lancet, seconds that notion, saying that "patients must be involved in this rethinking."

"Every patient given the diagnosis of asthma should ask their doctor: which asthma do I have? Or perhaps even better, which chronic airways disease do I have?" 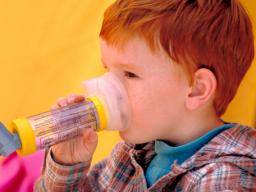 Early-life asthma may contribute to childhood obesity A new study examines the link between early-life asthma and the risk of developing obesity in childhood. The research also investigates asthma medication. Read now 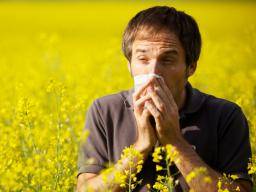 What is Singulair and what is it used for? Singulair is a medication that people commonly use to prevent asthma attacks and allergy symptoms. It works by blocking the molecules that trigger inflammation throughout the body. However, the FDA has received complaints that Singulair causes harmful, psychological side effects. Read on to learn more. Read now 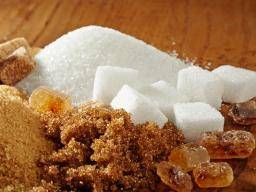 Maternal sugar intake linked to allergic asthma in offspring New research examines the link between maternal intake of sugar during pregnancy and the risk of the offspring developing allergies and allergic asthma. Read now 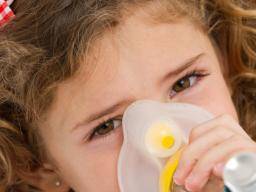 Fish oil during pregnancy may reduce risk of childhood asthma New research may add to the existing list of omega-3 health benefits, as study investigates the effects of fish oil on childhood asthma. Read now