The side effects and risks of donating plasma

Plasma is the liquid part of blood, containing vital proteins and antibodies for blood clotting and immunity. It is an important resource in healthcare, and the World Health Organization (WHO) consider it to be an essential medicine.

A plasma transfusion can be lifesaving when someone needs one, and donors are in high demand. In this article, we explain the process of donating plasma, look at the risks and side effects, and give tips on donating safely. 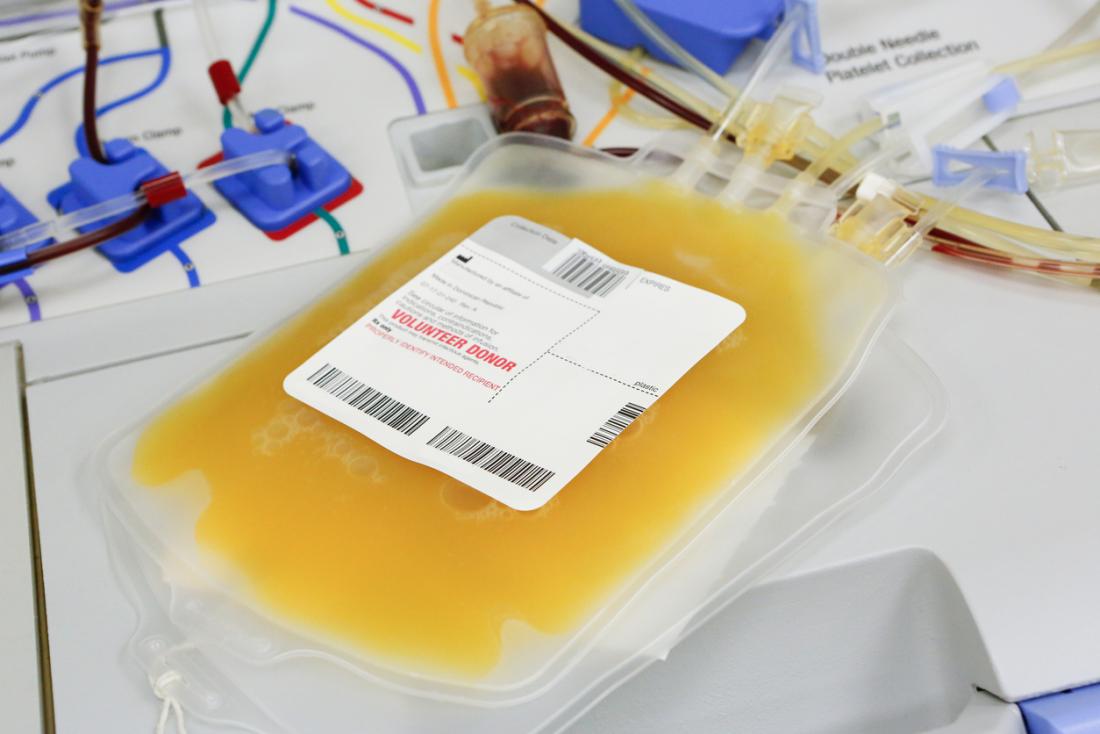 Donating blood plasma may cause symptoms such as feeling faint, and some tenderness at the site where the needle was injected.

Some people experience immediate side effects when donating plasma. These effects should be temporary, only occurring during the donation process or shortly afterward. They include:

A reaction to the process of plasma donation can cause some less common side effects. These include:

Citrate is a substance that is added to the blood, during plasma donation, to prevent clotting. If a donor reacts to this substance, they may experience a tingling feeling in the fingers or around the nose and mouth or a loss of sensation.

A severe citrate reaction may cause shivering, a rapid or slow pulse, muscle twitching, or shortness of breath. If untreated, this may lead to seizures, shock, or cardiac arrest.

Disinfecting the arm before inserting a needle may cause some redness or irritation of the skin if someone has an allergy to a disinfectant, such as iodine. 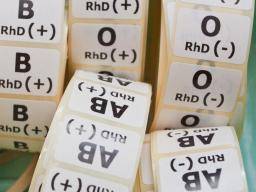 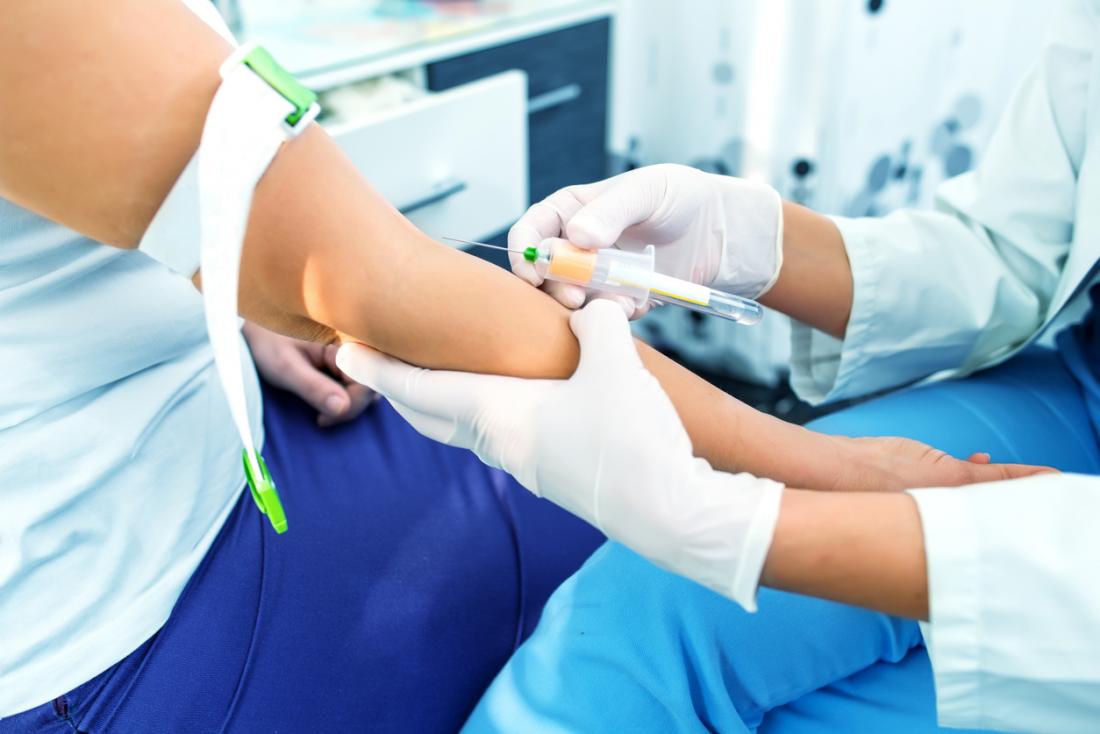 Uncommon side effects include an allergic reaction to substances added to the blood.

There can be risks associated with the use of a needle to withdraw blood when a donation is made. This is one of the reasons why it is important to use a registered donation center that has experienced staff and good hygiene standards.

The risks associated with plasma donation include:

There has been limited research into the long-term side effects of donating plasma. Citrate, added to the blood during donation, binds to calcium. The Plasma Protein Therapeutics Association has published research looking into concerns that donating plasma could affect bone density, as a result.

The risk of damaging veins is low if the right needle is used in a hygienic environment.

There is also a small possibility of side effects for the person receiving a plasma transfusion. These risks include a rise in temperature, itching or a rash, and in extreme cases, anaphylaxis.

Less common but more severe potential side effects for the recipient are injuries to the lungs or stress to the cardiovascular system.

A study about the risks of plasma transfusion published in the journal Transfusion suggested that most of these side effects were not lethal and were properly treated in health centers.

Donating plasma takes longer than blood donation, which usually lasts 10 to 20 minutes. A plasma donation can take 1 to 2 hours, and people should allow longer for registration and paperwork if it is their first visit. 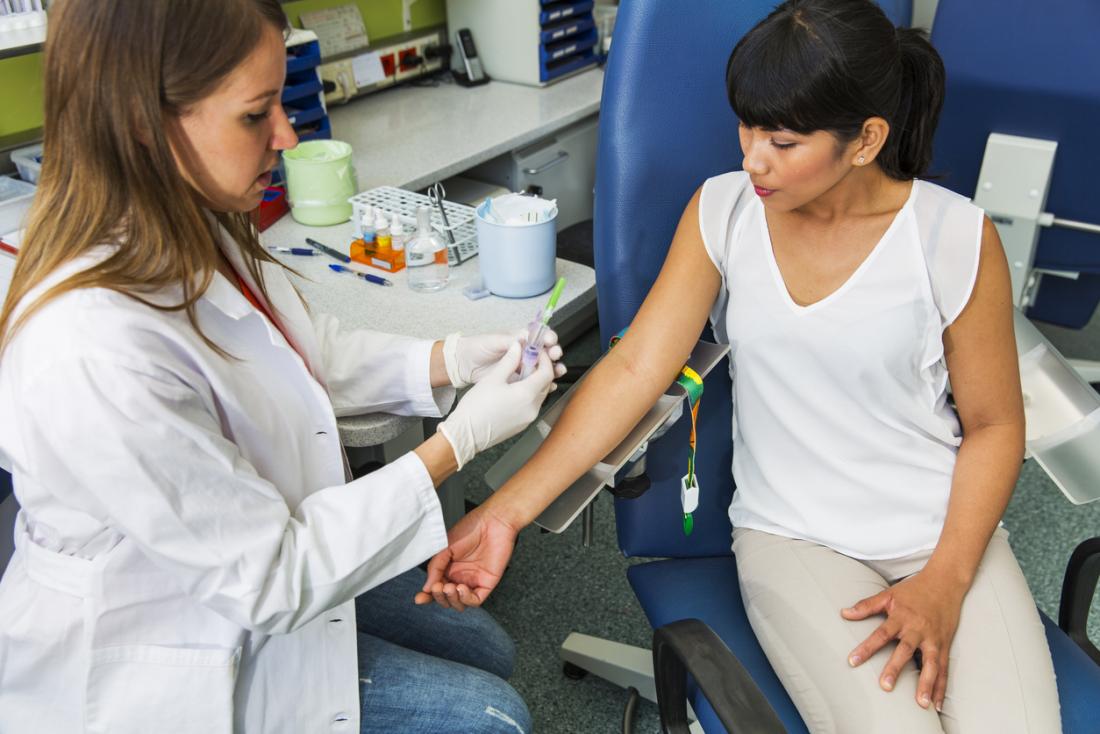 The technician managing the donation will be able to answer any questions, and should offer drinks and a light snack after the donation.

Donors will usually be asked about their health and medical history, and have a basic physical examination to check blood pressure, temperature, and their general health.

The donor's arm should be cleaned before a new, sterile needle is inserted. Donors can expect to be seated on a reclining chair or couch while the plasma is collected.

The standard procedure, by which plasma is collected and separated from other blood components, is known as plasmapheresis. During the process, whole blood is taken from a vein, the plasma collected, and the remaining blood then returned to the donor.

This procedure and the equipment used are sanctioned by the United States Food and Drug Administration (FDA).

Once the donation is complete, a bandage may be applied. The donor should be offered a snack, drink, and somewhere to recover for 10 to 15 minutes.

Healthy adults replace plasma quickly after it is removed, so the body's plasma levels should return to normal a few days after a donation.

It is important to prepare the body before donating plasma and to take care of it afterward. Following these simple steps can reduce the risks or any likelihood of side effects:

It is important to donate plasma at a recognized center to ensure good standards of professional care and hygiene.

People can find their nearest accredited center with an online locator provided by the accreditation agency, AABB, previously known as the American Association of Blood Banks. They can also call 1-800-RED-CROSS to find the nearest American Red Cross donation center.

A plasma transfusion can be lifesaving. Plasma is often crucial in treating those with medical issues, such as trauma injuries or cancer, so donating plasma can change lives. 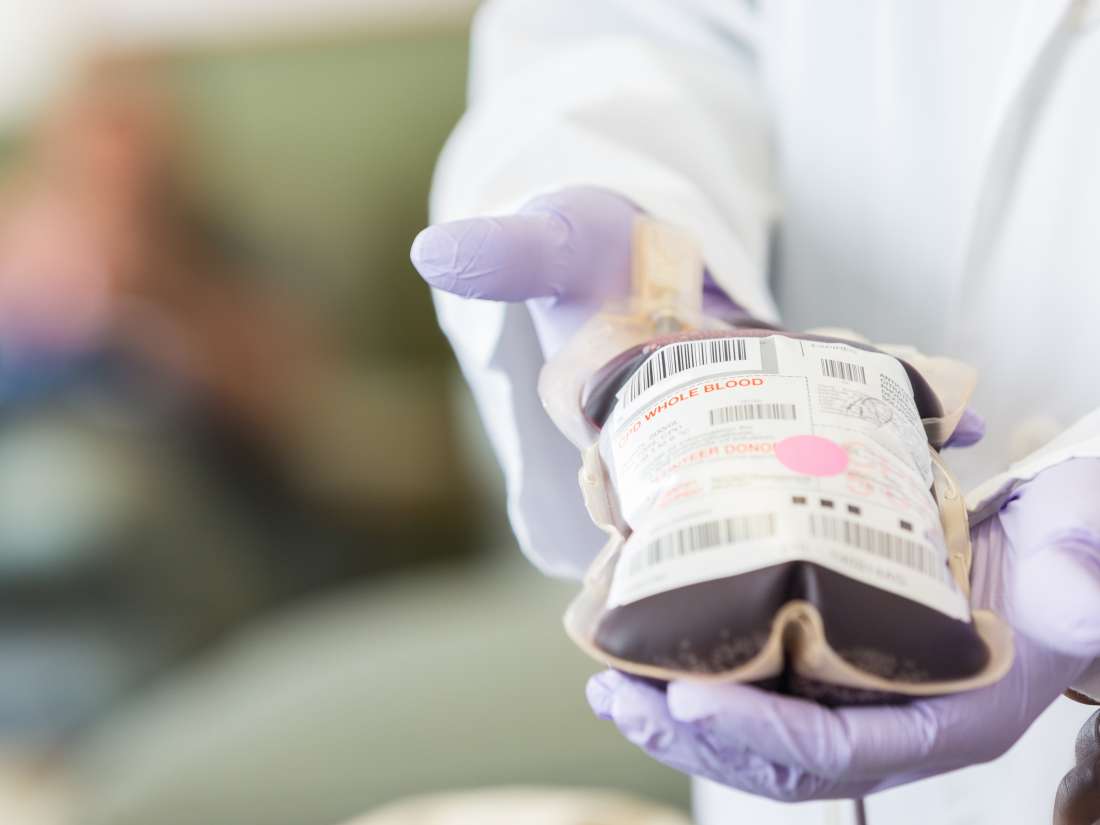 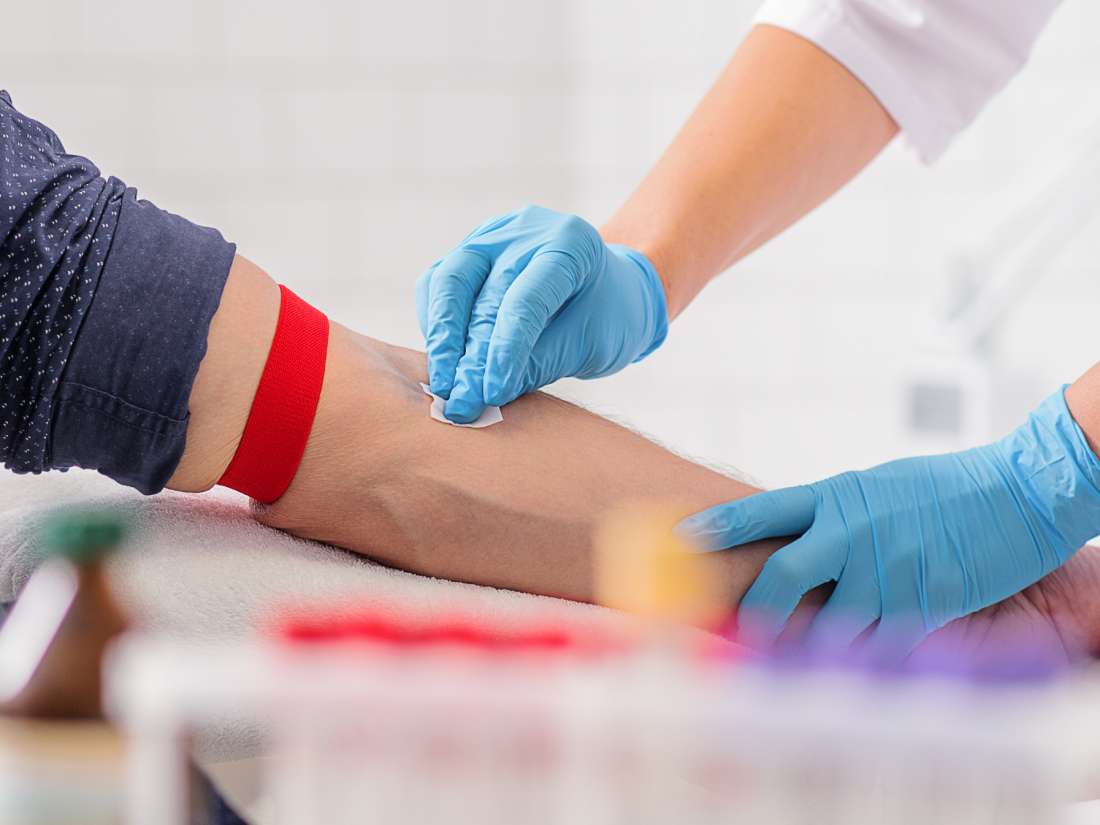 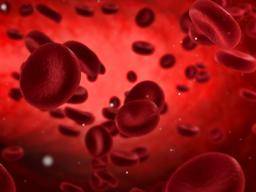 How does blood work, and what problems occur? Blood is a mixture of plasma and cells. As it circulates throughout the body, blood transports substances essential to life, such as sugars, oxygen, and hormones. It also helps to remove waste. Here, gain a detailed understanding of blood’s composition and its role in the body. We also explore groups and disorders. Read now 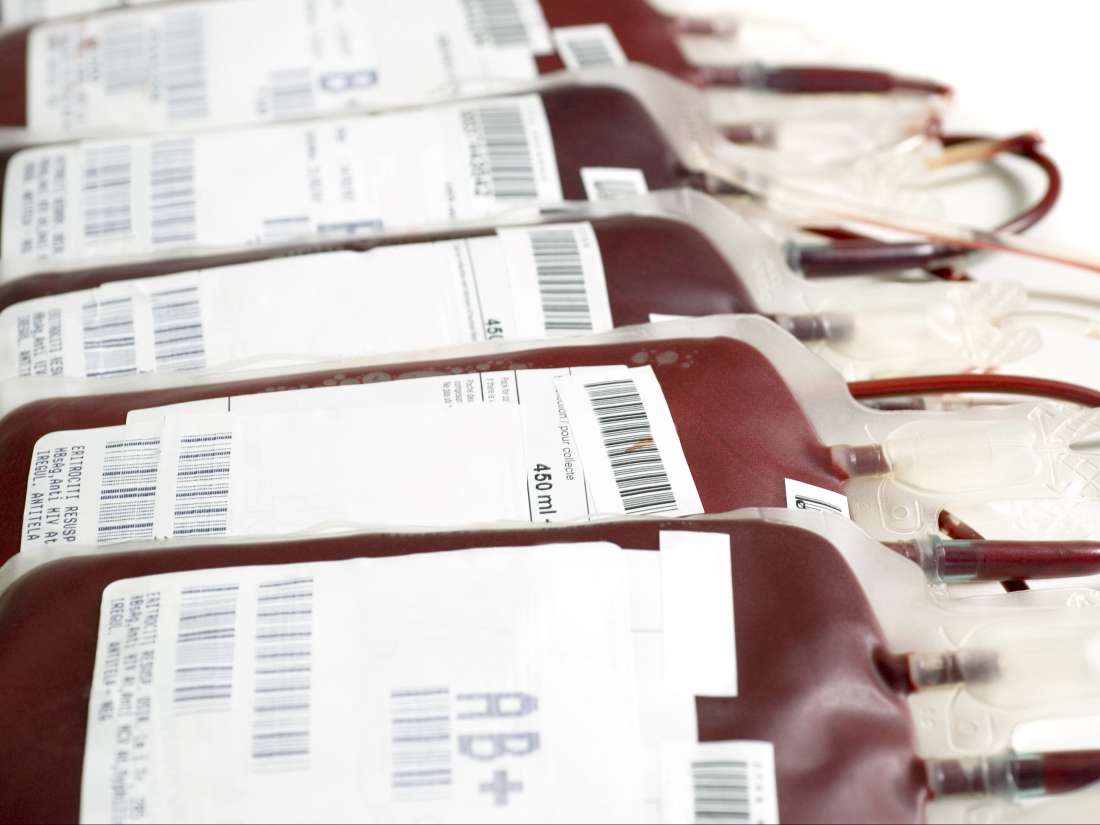 How much blood is in the human body? Everyone has a different amount of blood in their body depending on their age and size. How many pints does the average person have? How much can you lose? Read now 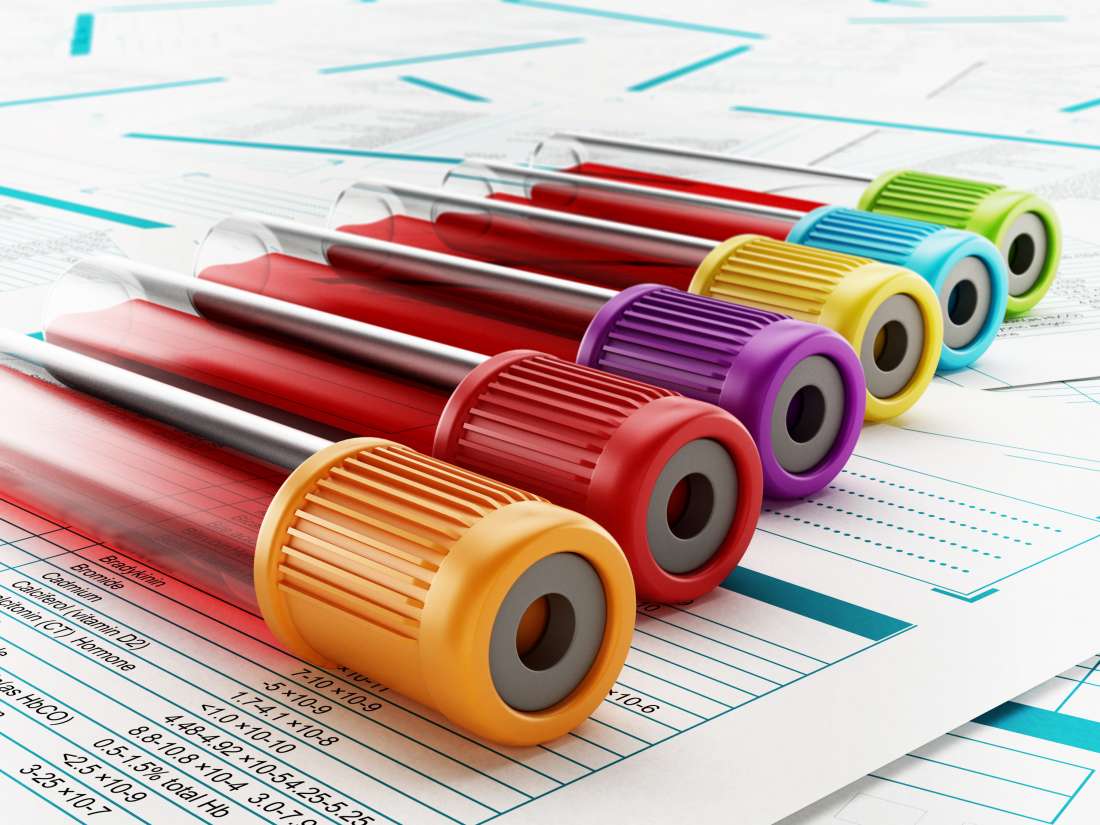 Plasma components - How they are used. (2014, September 16). Retrieved from http://www.nhs.uk/Conditions/Plasma-products/Pages/how-plasma-and-plasma-products-are-used.aspx

What to expect when you donate plasma. (n.d.). Retrieved from https://www.grifolsplasma.com/en/web/plasma/plasma-donor/what-to-expect