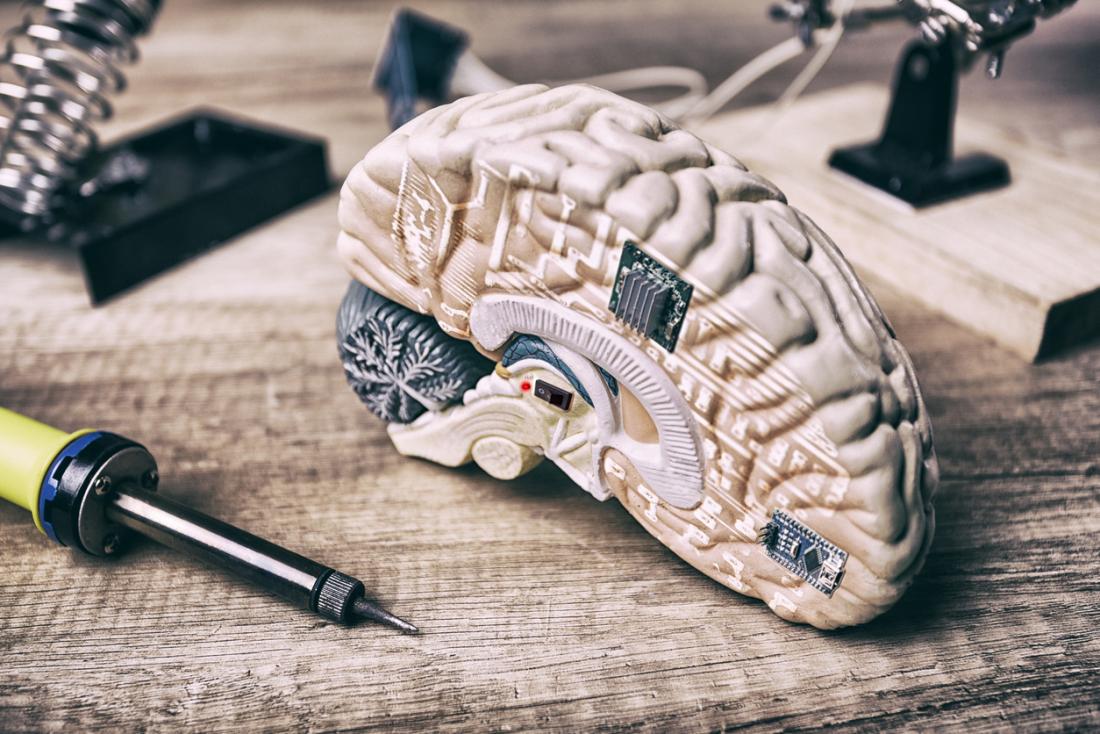 Our exquisitely folded gray matter has long been the show pony of the brain; it deals with the heavy number-crunching we all rely on to make sense of the world. The white matter, it was thought, simply carries out the task of relaying messages back and forth, as little more than a collection of passive wires.

Although there is some truth to this division of labor, it does white matter a huge disservice. As scientific knowledge grows, the importance of white matter comes into sharp focus. This neural information highway is now known to be involved in a range of conditions and diseases and play vital roles in brain function, learning, and the coordination of far-flung brain centers.

What is white matter?

White matter makes up the bulk of the deep parts of the brain. Unlike gray matter, which peaks in development when we are 11 or 12 years old, white matter keeps developing well into our 20s (and perhaps, in more subtle ways, into our 50s).

It consists of bundles of axons, or tracts, which are the long, slender projections of nerve cells. As the name suggests, white matter is whiter than gray matter, and its famous whiteness is due to a waxy coating called myelin, which is found on each of the axons.

Myelin coats the surface of all the nerve cells, leaving small gaps - also known as the nodes of Ranvier - every millimeter or so.

In myelinated nerves, rather than an impulse traveling along the length of the cell as it does in gray matter, it can to leap from node to node, increasing the velocity of conduction.

As the primary messenger service of the brain, myelination allows white matter to pass notes between distant regions at breakneck speed.

In fact, myelinated nerves can carry impulses up to 100 times faster than non-myelinated fibers.

In the brain, myelin is laid down by cells called oligodendrocytes. At birth, myelin coverage is relatively sparse; myelination moves in a wave, first coating the white matter in the cerebral cortex nearest the nape of the neck and gradually moving forward, finally coating the frontal lobes in our mid to late 20s.

The frontal lobes are important for planning, reasoning, and judgment. Some scientists theorize that the limited myelination of these areas in youth might account for teenagers' inability to make appropriate adult decisions.

As more scientific interest has been lavished on white matter, it has become clear that it is far from being a passive chunk of cabling; it is dynamic - its volume grows and shrinks with experience, it processes information - not just mindlessly passing data between points.

Certain conditions have long been associated with damage to the myelin sheath. For instance, the immune systems of individuals with Guillain-Barré syndrome and multiple sclerosis attack myelin, causing a gradually worsening weakness that can end in paralysis.

But more recently, changes in myelin have been linked to a number of psychiatric conditions, such as schizophrenia, major depression, autism, post-traumatic stress disorder, Alzheimer's disease, dyslexia, attention-deficit hyperactivity disorder, obsessive-compulsive disorder, and Tourette's. White matter has even been implicated in stuttering and tone deafness.

One of the most studied psychiatric conditions in relation to white matter is schizophrenia. One study that investigated 6,000 genes in the prefrontal cortex of schizophrenic brains provided damning evidence: of the 89 genes found to be abnormally regulated, 35 were involved in myelination. 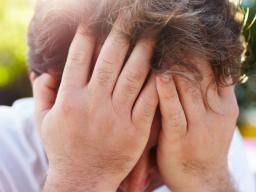 Other studies have investigated white matter post-mortem, with some demonstrating abnormalities in white matter tracts and decreased numbers of oligodendrocytes in some regions of the brain.

In fact, more recently, it has been shown that white matter tracts across the majority of the brain are disrupted in schizophrenia.

Schizophrenia tends to develop during adolescence, a time when the forebrain is finally being given its myelin coating. Some scientists believe that this might be more than a coincidence.

Whether these changes are the cause of the condition or a consequence of the abnormal brain function is yet to be understood, but it is probably an intertwined two-way path. Evidence of this came in a paper published in 2007 by Dr. Gabriel Corfas. He showed that disrupting the genetic control of oligodendrocytes could produce striking behavioral changes similar to those seen in schizophrenia.

An imaging procedure called diffusion tensor imaging (DTI), which is based on MRI technology, charts the relative movement of water within tissues. It can be used to observe white matter. 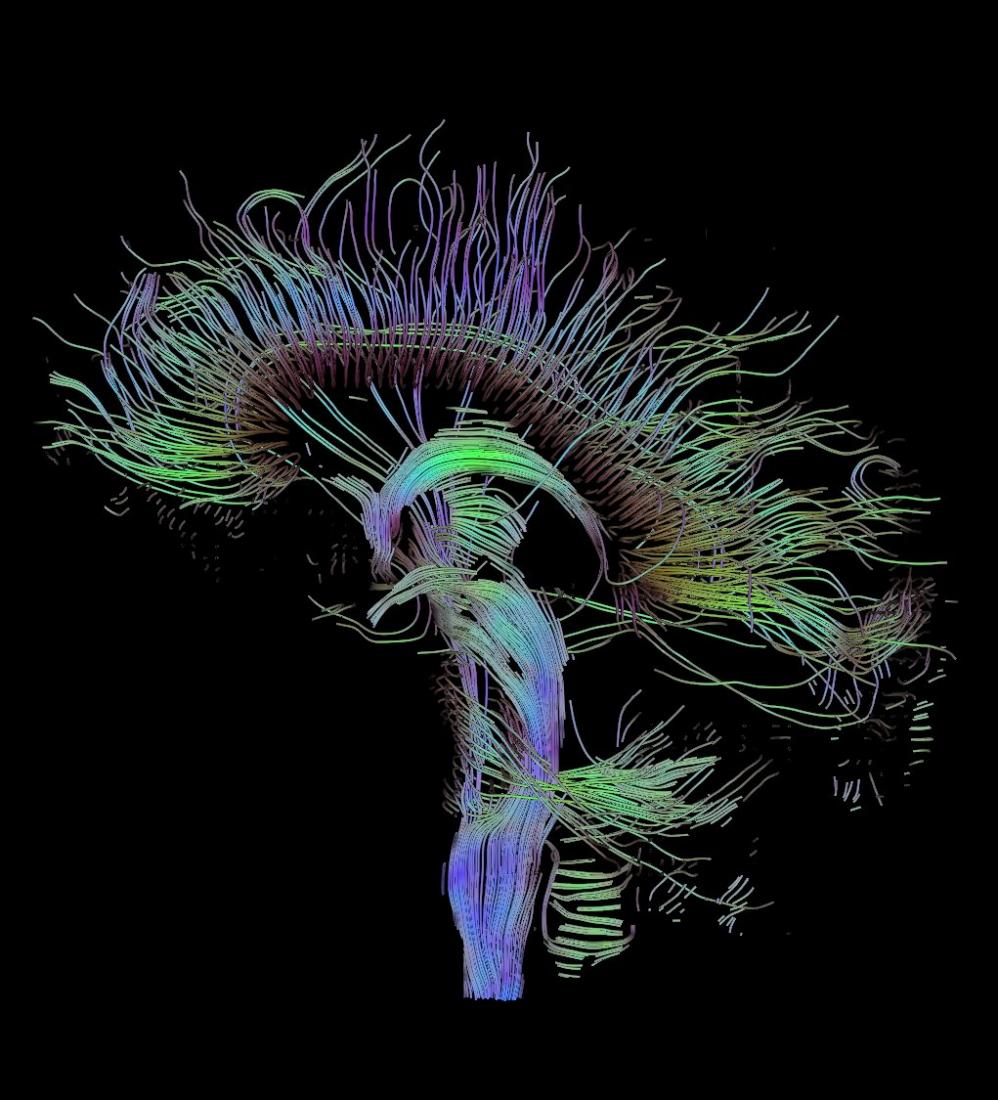 DTI is based on the premise that, in normal brain tissue, water is equally likely to travel in any direction.

However, in tracts that are oriented in parallel and covered in myelin, it is more likely to move along them, rather than side to side.

With this technology, the microstructure of white matter can be viewed; more tightly packed fibers with thicker myelin coats give stronger DTI signals. This relatively new technology has been used to look for links between white matter and cognitive outcomes.

One study, for instance, found a relationship between white matter structure and IQ, the authors of which concluded that "cognitive function correlates with greater fiber organization." Similarly, other scientists have found links between the quality of white matter in an adult's brain and their reading ability.

Researchers have also demonstrated that using our brains in a specific way can change the structure of white matter. For instance, one experiment found that regularly practicing a musical instrument increases the level of organization within white matter in the areas important for musical performance. The researchers showed that the amount of change was proportional to the number of hours the individual practiced. The more you work, the more white matter is modified.

How myelination fits into the story

In animals that can walk and feed very soon after they are born - such as horses and mice - myelination is almost complete by birth. However, as aforementioned, myelination in humans continues into our 20s or 30s. The fact that it takes so long is a good clue that it is carrying out more than just an insulating role.

The extended length of time that myelination takes in humans lines up with the same period of time when the human cerebral cortex undergoes a huge restructuring of synaptic connections. This remodeling is understood to modify the brain according to experience. For this reason, some researchers believe that myelin, and therefore white matter, plays a role in shaping the brain through our experiences as we develop.

This theory rings true in a range of animal studies. For instance, a study on Alaskan meadow voles found that myelination in the brain is regulated by seasonal changes in day length. Animals that were kept in an environment with constantly long days had more white matter volume.

In rats, stress during the last 6 days of pregnancy causes increased myelination in the offspring in the first 2 to 3 weeks of life, with levels returning to normal by day 40.

Conversely, a more pleasant experience can also alter white matter structure. Oligodendrocytes increase in number in the visual cortex of rats that are raised in enriched environments including social interaction and things to play with.

The corpus callosum - that is, the largest white matter structure in the brain, which connects the left and right cerebral hemispheres - was found to be 17 percent smaller in those who had been abused.

Why is the waxy coat so important?

In short, we do not have the full answer to this question, but there are some compelling threads to pick at. 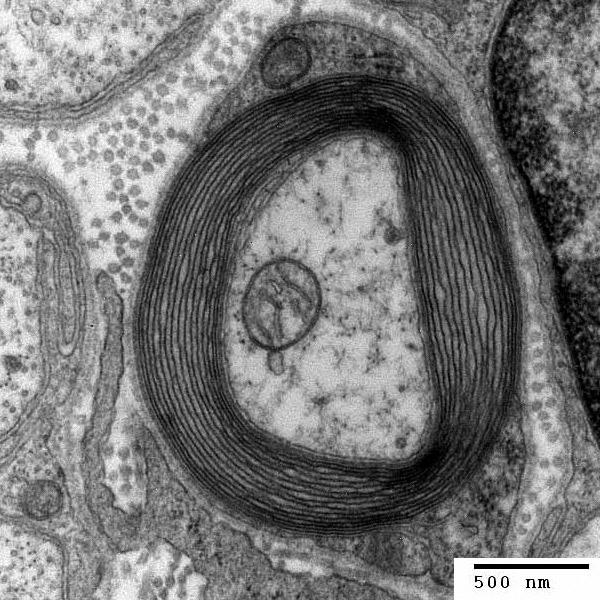 Now, if two nerves that work together come from different distances and are identical, the signals will not arrive together; to coordinate the firing, one of the axons needs to either be sped up or slowed down.

When we carry out a complex task such as playing an instrument, information is sent from a range of brain centers and flows back and forth. Synchrony is a must, and simply firing messages at the greatest possible speed would not be a viable solution.

As new discoveries mount up, it seems clear that myelin plays a key role in developing synchrony, and it can alter the conduction speed of tracts of white matter in a number of ways.

For example, myelin can physically change the diameter of the axon (wider nerves pass signals faster). Also, oligodendrocytes can alter how many sheets of myelin they lay down, which can be up to 150 sheets per fiber, again altering conduction velocity. Additionally, by altering the number or spacing of the nodes of Ranvier, speeds can be tweaked, with more nodes closer together slowing impulses down.

We are only just beginning to chip away at the mechanisms behind white matter's influence on cognitive function, but already, potential avenues are opening up.

White matter is as integral to brain function as its gray neighbor; it is dynamic, involved in learning, and helps us to lay down skills and memories. No doubt, as research continues and the picture grows sharper, the importance of myelin and white matter will continue to escalate. 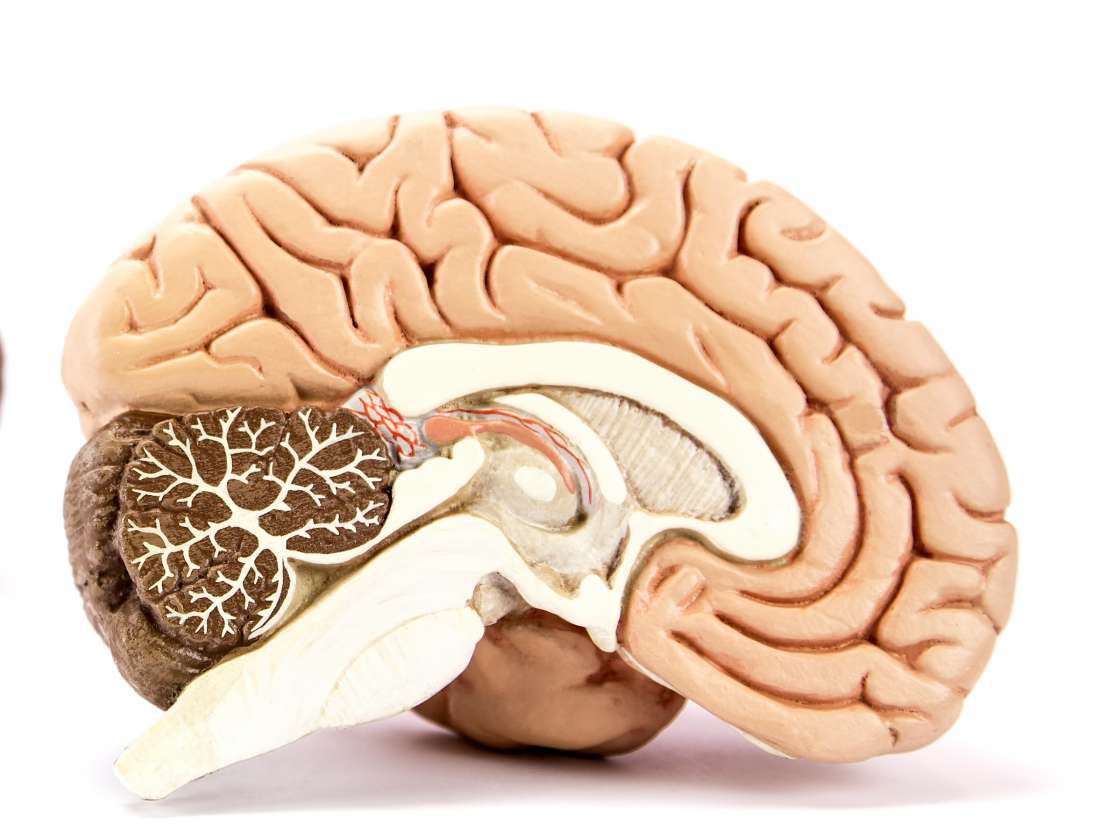 Schizophrenia affects whole-brain connectivity, major study finds The largest ever big data study of schizophrenia finds that the entire communication system in the brain's white matter is disrupted in the disease. Read now 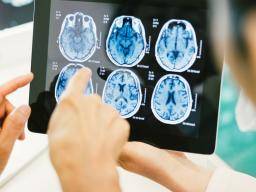 Depression may alter brain's white matter structure In a major study that uses cutting-edge imaging, researchers show that people with depression have alterations in the white matter part of the brain. Read now 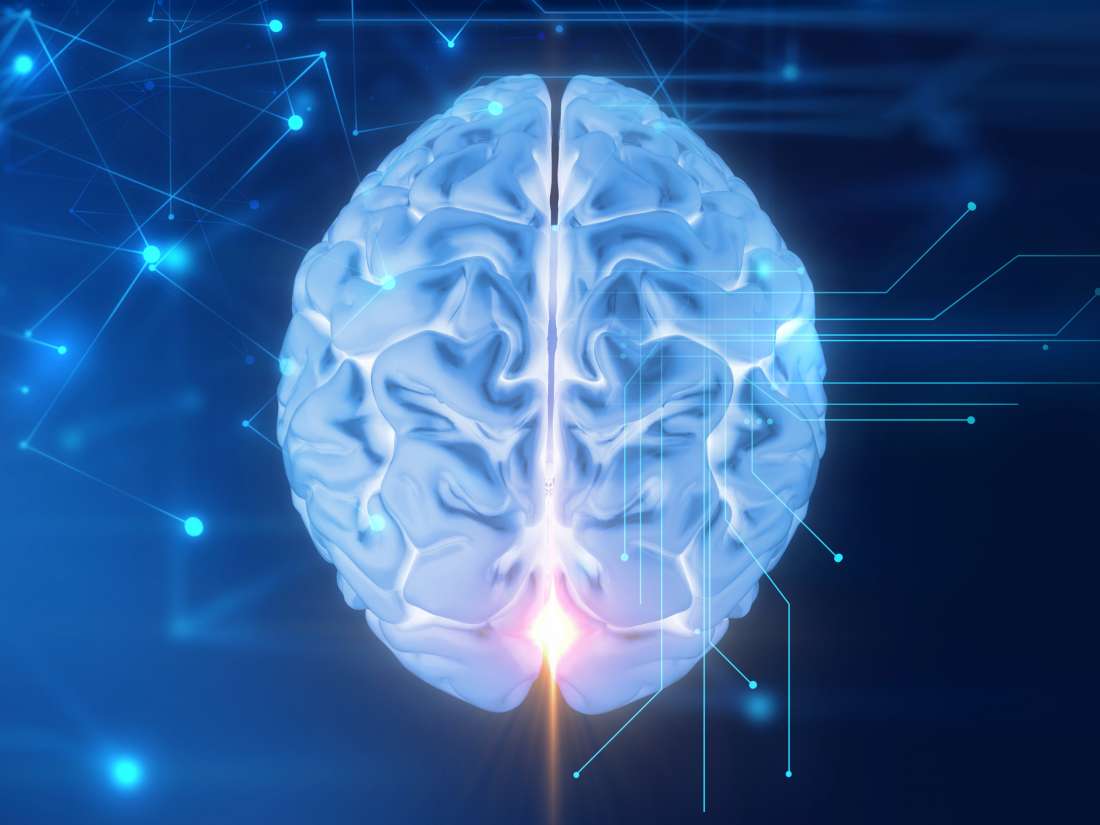 Alzheimer's-related brain changes could start at 40 Researchers have uncovered a mechanism by which damage to cells that protect blood vessels may lead to Alzheimer's, and such damage could begin in our 40s. Read now 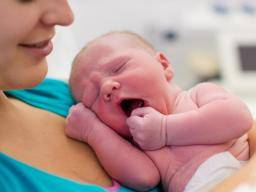