How modern life affects our physical and mental health 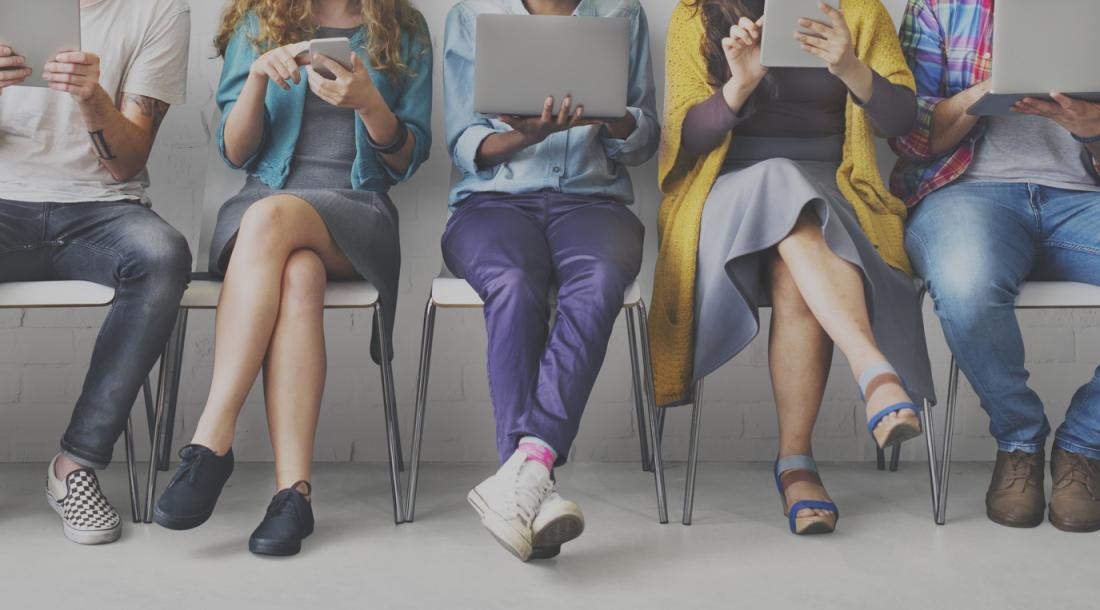 The technological and social media advances of the past decade have taken over our lives. Do they affect our physical and mental health?

Technology has improved the lives of many people, with almost half of adults in the United States unable to imagine life without their smartphone.

The American Psychological Association's Stress in America Survey 2017 shows that 99 percent of adults own an electronic device, around 86 percent own a computer, 74 percent own a smartphone, and 55 percent own a tablet.

The survey also reports that between 2005 and 2015, the percentage of adults using social media skyrocketed from 7 percent to 65 percent, with usage rates of young adults aged between 18 and 29 increasing from 12 percent to 90 percent in that period.

Rates of technology and social media use are therefore swiftly climbing. Facebook and Instagram alone boast a combined monthly user base of 2 billion people.

Recent research by The Associated Press-NORC Center for Public Affairs Research found that teenagers aged 13 to 17 years old have shifted their preferred social media platforms and are now most likely to use Snapchat and Instagram.

Key findings of the survey included the fact that around 76 percent of teenagers use Instagram, 75 percent use Snapchat, 66 percent use Facebook, 47 percent use Twitter, and fewer than 30 percent use Tumblr, Twitch, or LinkedIn.

They also found that although 91 percent of teens use regular text messaging, 40 percent also use messaging apps such as WhatsApp, Kik, or Line.

Social media and text messaging have become an integral part of how individuals interact with their social groups. In fact, for many teenagers and young adults, text messaging and social media communication is now more likely than in-person interactions.

The emergence of the 'constant checker' 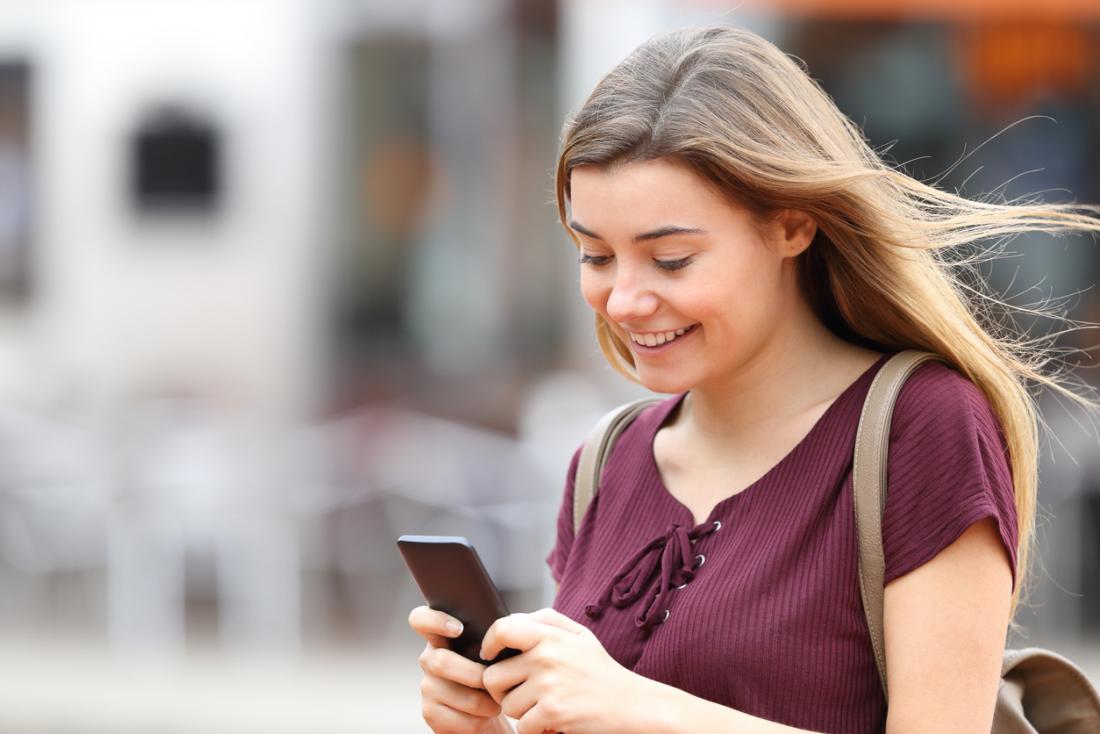 Being continuously connected in this way has been linked with higher stress levels. Moreover, 18 percent of individuals have identified technology use as a significant source of stress.

On an average day in the U.S., 65 percent of adults constantly check personal email, 52 percent and 44 percent check texts and social media, respectively, and 28 percent say the same about work emails.

Stress levels among constant checkers are considerably higher than they are among people who do not engage with technology and social media as frequently.

While many people strongly agree that unplugging or taking a digital detox now and then is important for mental health, in reality, only 28 percent of those people periodically switch off from technology. 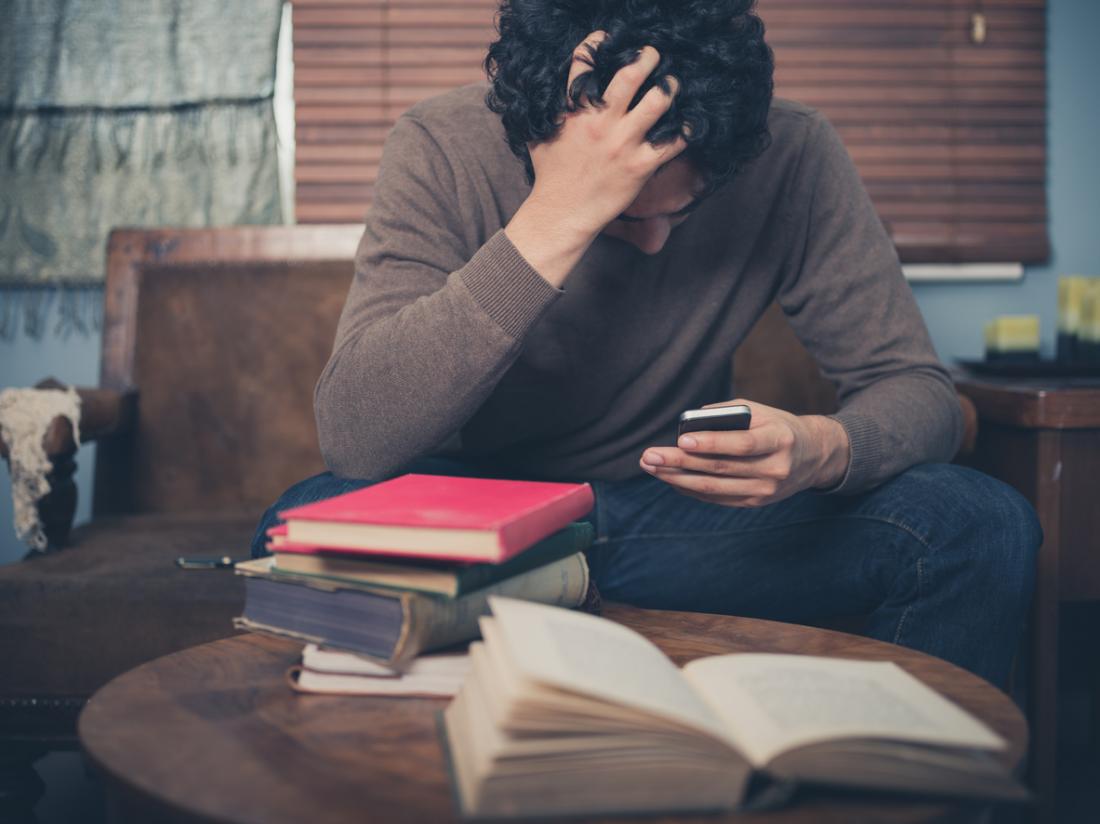 Using social media for extended periods is associated with depression.

Across the generations, 48 percent of Millennials, 37 percent of Gen Xers, 22 percent of Boomers, and 15 percent of Matures are worried about the negative effects of social media on their physical and mental health.

Interactions on social media can have a major impact on an individual's well-being and satisfaction. Many studies have observed that more time spent on social media is associated with an increased risk of loneliness and depression, which poses the question: are unhappy people using social media, or does social media use affect happiness?

"As far as we're aware, it's never been previously shown that social media users are not only less popular than their friends on average but also less happy," said lead study author Johan Bollen, associate professor in the Indiana University School of Informatics and Computing.

"This study suggests that happiness is correlated with popularity, and also that the majority of people on social networks aren't as happy as their friends due to this correlation between friendship and popularity."

Overall, the research found that users of social media might experience increased levels of social dissatisfaction and unhappiness as a result of comparing their happiness and popularity to that of their friends.

The amount of time spent on social media could also affect mental health. National analysis led by scientists at the University of Pittsburgh School of Medicine (Pitt) in Pennsylvania suggests that the more time that adults aged 19 to 32 spend using social media, the more likely they are to be socially isolated.

"This is an important issue to study because mental health problems and social isolation are at epidemic levels among young adults," said Brian A. Primack, Ph.D., the director of Pitt's Center for Research on Media, Technology and Health.

"We are inherently social creatures, but modern life tends to compartmentalize us instead of bringing us together. While it may seem that social media presents opportunities to fill that social void, I think this study suggests that it may not be the solution people were hoping for."

In another study conducted by Pitt's School of Medicine, it was also found that spending extended periods on social media is associated with depression in young adults. Compared with people who checked social media less frequently, frequent checkers were 2.7 times more likely to develop depression. More than a quarter of study participants were classified as having high indicators of depression.

Likewise, settling in for a marathon binge-watching session of your favorite television show has been related to fatigue, obesity, loneliness, and depression.

However, research published in Cyberpsychology, Behavior, and Social Networking says that you do not have to quit social media altogether; simply changing your behavior on social networking sites and taking an occasional break may help to lift your spirits.

"Confirming previous research, this study found that 'lurking' on Facebook may cause negative emotions. However, on the bright side, as previous studies have shown, actively connecting with close friends, whether in real life or on Facebook, may actually increase one's sense of well-being," said Brenda K. Wiederhold, Ph.D., of the Interactive Media Institute in San Diego, CA, and Virtual Reality Medical Institute in Brussels, Belgium.

Parents often struggle to balance familial and digital connections, and they can face a constant battle trying to limit their child's screen time. The importance of parental technological monitoring is only heightened by evidence such as the link between handheld screen time and speech delays in young children, the connection between mobile device addiction and depression and anxiety in college-age students, and the association between exposure to smartphone screens and lower sleep quality. 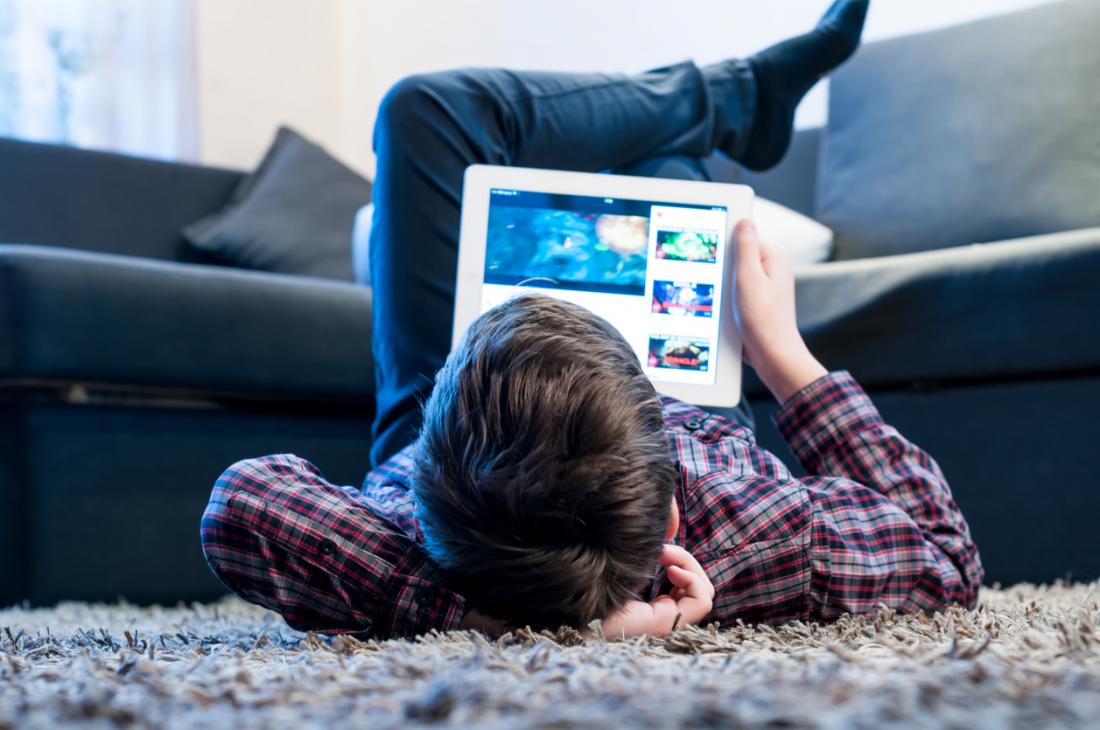 Regulating children's screen time can often be a challenge for parents.

However, screen time for kids is not all bad. Research examining more than 120,000 adolescents found that evidence linking the relationship between screen time and well-being is weak at best, even at the highest levels of engagement. The findings, published in Psychological Science, suggest that moderate screen use has no effect on the well-being of teenagers.

What is more, a study published in Psychiatric Quarterly found only a small association between excessive screen time and levels of teenage depression and delinquency.

"Screens of various sorts are increasingly embedded into daily life, whether they involve education, work, socialization, or personal organization," explains study leader Prof. Christopher Ferguson, of Stetson University in DeLand, FL. "Setting narrow limits on screen time may not keep up with the myriad ways in which screens have become essential to modern life."

With the ever-increasing popularity of health apps on smartphones, depression, stress, worry, and a lack of sleep can all begin to be tackled in the same amount of time as it takes to locate a good restaurant.

Millions of people experience psychological distress and fail to pursue or receive help from mental health services. Given this disparity between need and accessibility of services, smartphone apps could help to provide affordable and engaging treatment strategies.

Video gaming is another area that has gained a bad reputation, with some research suggesting a link between video games and violence. However, a study published in the Journal of Communication found no such link between aggression observed in movies and video games, and real life violence. 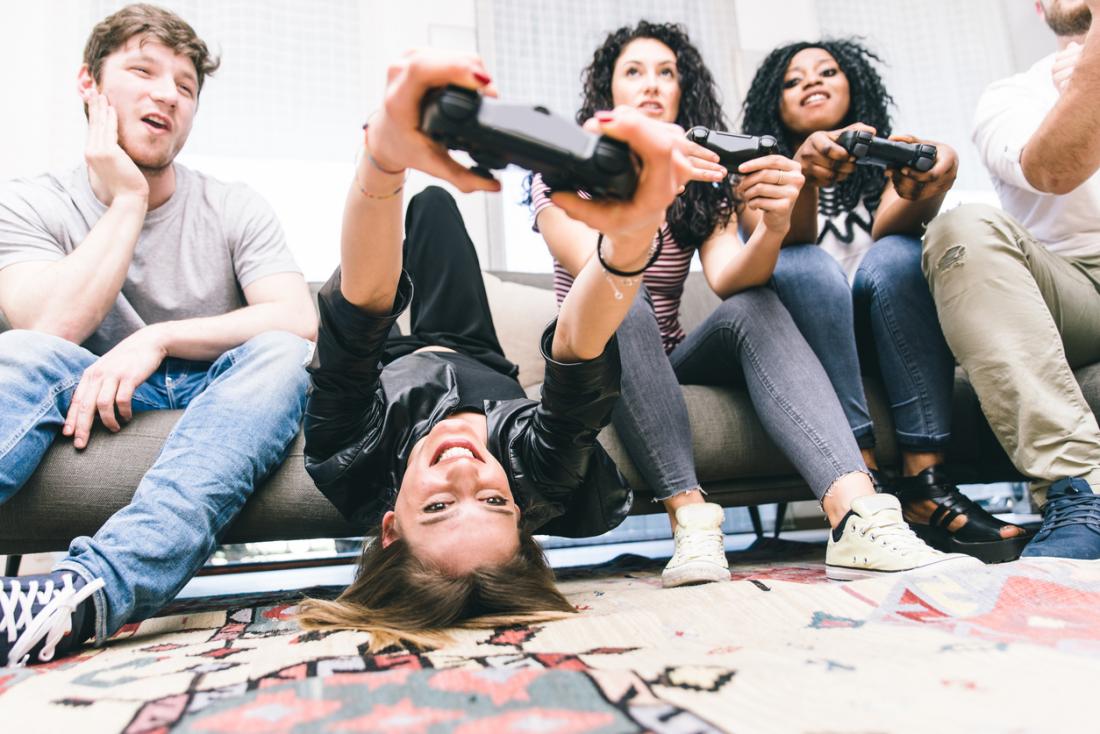 Video game use is not associated with violence in the real world.

"Society has a limited amount of resources and attention to devote to the problem of reducing crime," said Prof. Ferguson. "There is a risk that identifying the wrong problem, such as media violence, may distract society from more pressing concerns such as poverty, education, and vocational disparities and mental health."

Johns Hopkins Bloomberg School of Public Health in Baltimore, MD, has found that while 4 hours of video game play may trigger symptoms of depression in teenagers, frequent use of social media and instant messaging may mitigate these symptoms in some individuals.

"While playing video games for 4 hours a day can be worrisome behavior, not everyone who does so is at risk of developing symptoms of addiction or depression," said study leader Michelle Colder Carras, Ph.D., a postdoctoral researcher in the Department of Mental Health at the Bloomberg School.

"If these adolescents are sitting around playing games together with their friends or chatting regularly with their friends online as they play, this could be part of a perfectly normal developmental pattern. We shouldn't assume all of them have a problem."

Despite the potential risks to mental health, trends over the past decade show that use of technology and social media is increasing, so these problems are not likely to disappear anytime soon, with habits unlikely to change.

Furthermore, as connectivity continues to weave its way through every aspect of our work, home, and social lives, the answer may not lie in reducing our time using these channels or being able to disconnect at the flick of a switch - especially since Internet withdrawal has been linked with increased heart rate and blood pressure.

A study of 12 million Facebook users found that using the social media site is associated with living longer. However, this correlation only exists when Facebook serves to maintain and enhance our social ties in real life.

Modern life may increase the risk of some physical and mental health problems, but striking a balance between online and real-world social relationships, going forward, may help to keep our mental health in check.

Social media users more likely to feel isolated, study finds The time spent online and the frequency of social media use have been shown to drastically increase the risk of feeling socially isolated. Read now 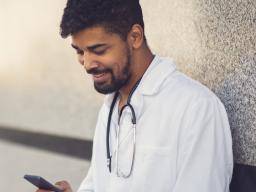 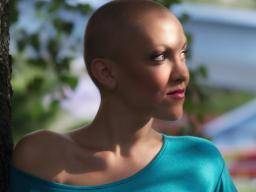 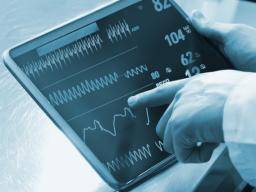 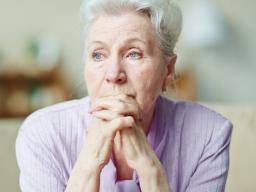 Popular in: IT / Internet / E-mail