Six ways your pet can boost health and well-being 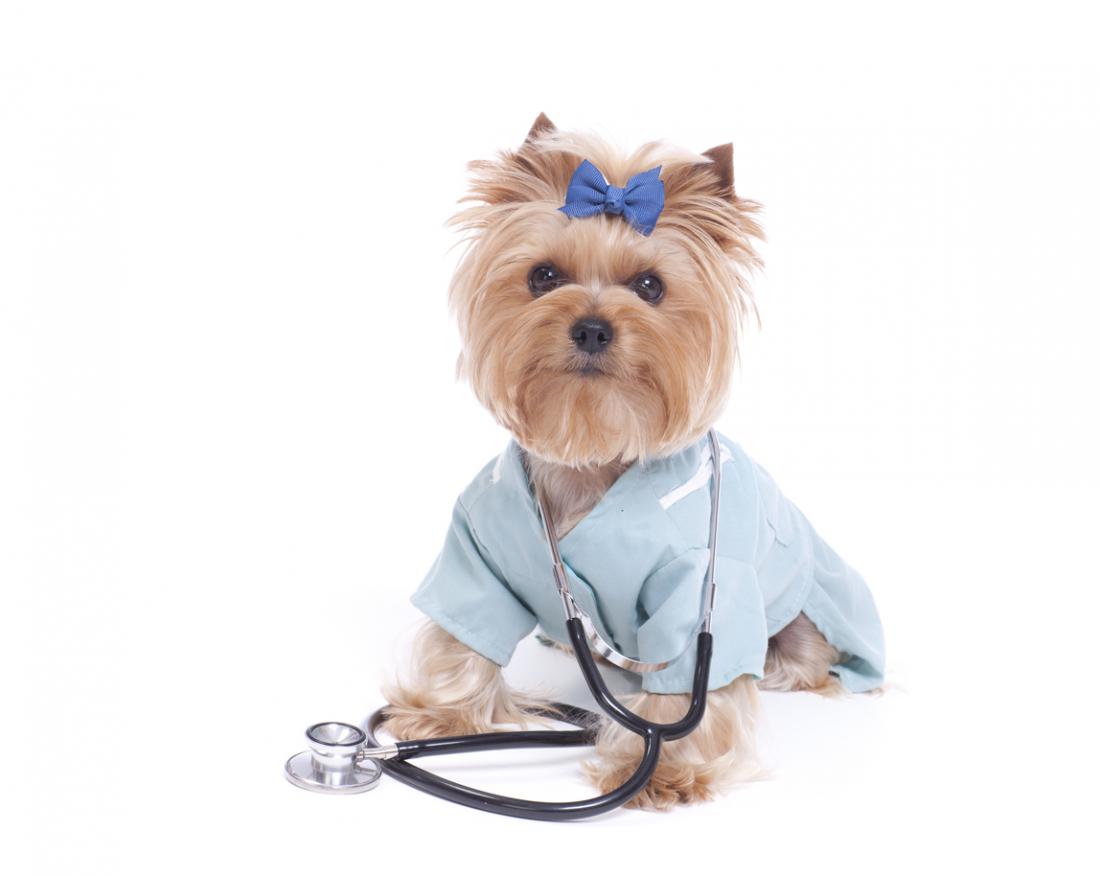 Pets can offer a wealth of benefits for health and well-being.

The United States is a nation of animal lovers; more than 65 percent of households own a pet, with dogs and cats being the most popular choice.

It is no surprise that so many of us have a pet in our lives; not only are animals fantastic company, but they also teach us compassion and offer unconditional love.

As British novelist George Eliot once said, "Animals are such agreeable friends - they ask no questions; they pass no criticisms."

Adding to pets' indisputable charm is the wealth of benefits they offer for human health and well-being. We take a closer look at what these are.

Around 50 million people in the U.S. have nasal allergies, and pet dander is one of the most common triggers.

With this in mind, it may come as a surprise that pets could actually lower the risk of developing allergies.

One study reported by Medical News Today in 2015 associated exposure to dogs and farm animals in early life with a lower risk of asthma development by school age.

More recent research published in the journal Microbiome found that children who were exposed to household pets prior to birth and up to 3 months after experienced changes in gut bacteria associated with childhood allergies.

Such studies support the "hygiene hypothesis" - that is, the theory that greater exposure to pathogens and potential allergens at an early age can strengthen the immune system, which may increase tolerance to allergies in later life.

The soothing sound of a cat purring or the feeling of "man's best friend" tucked up against your feet is guaranteed to help one feel at ease, so it may come as no surprise that pets can help to alleviate stress and anxiety. 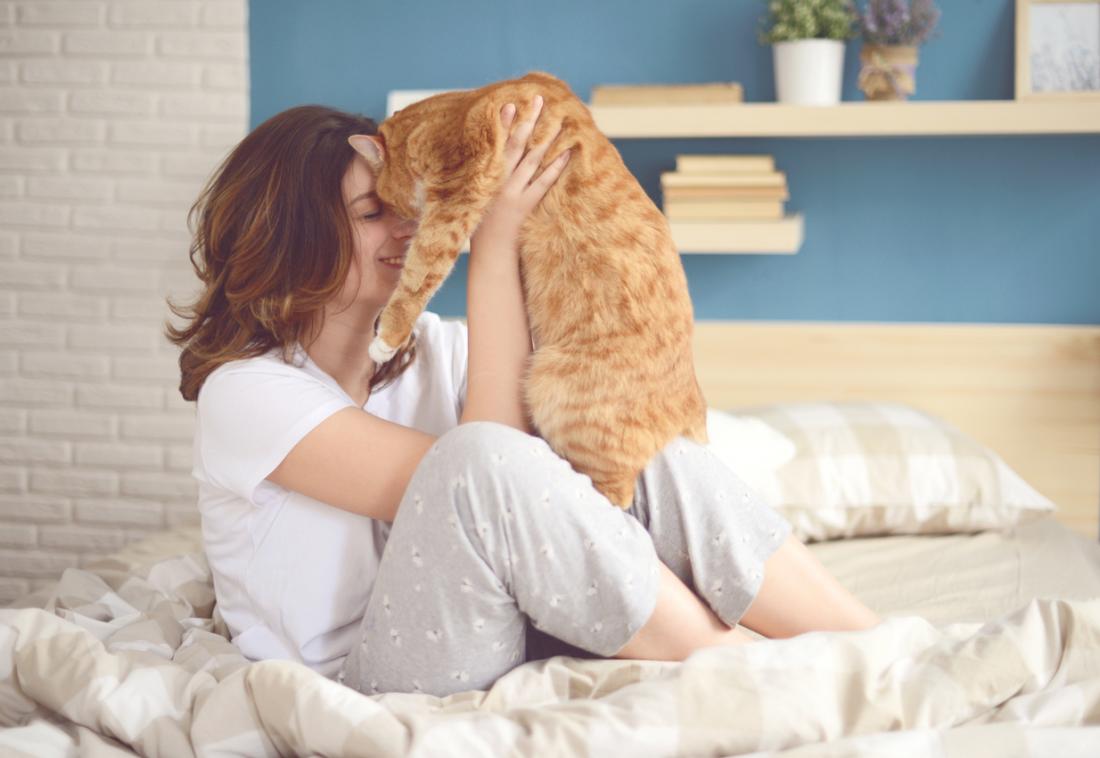 Studies have shown that pets can help to lower anxiety and stress.

A study conducted by the Centers for Disease Control and Prevention (CDC) in 2015 found that children who had pet dogs in their household were significantly less likely to test positive on a screening test for anxiety.

Another study published last month found that children with pet dogs had lower levels of the "stress hormone" cortisol when they interacted with their four-legged companions, compared with children who did not actively engage with their dog.

"Children who actively solicited their dogs to come and be pet or stroked had lower cortisol levels compared to children who engaged their dogs less," explains study leader Darlene Kertes, of the College of Liberal Arts and Sciences at the University of Florida in Gainesville. "When dogs hovered around or approached children on their own, however, children's cortisol tended to be higher."

But the stress-relieving effects of pets are not limited to canine companions. Research published in 2014 found that riding and caring for horses helped to reduce cortisol levels and ease stress in teenagers.

Heart disease is responsible for around 610,000 deaths in the U.S. every year, making it the leading cause of death in the country.

Many of us are aware that good lifestyle choices, such as a healthful diet and regular exercise, are key to reducing risk factors for heart disease. But did you know that your pet could be protecting your heart health, too?

A 2013 scientific statement from the American Heart Association concluded that owning a pet - particularly a dog - may reduce the risk of cardiovascular disease.

According to study co-author Glenn Levine, of Baylor College of Medicine in Houston, TX, this finding may be partly explained by increased exercise; studies suggest that dog owners are 54 percent more likely to meet physical activity guidelines, compared with the general population.

The statement also cites evidence that pet owners tend to have lower blood pressure, lower cholesterol levels, and are less likely to be obese, which may benefit their heart health.

Most pet owners have a special bond with their furry friends - in fact, statistics show that more than 66 percent of dog owners and 56 percent of cat owners consider their pet to be a family member.

But according to recent studies, this pet-owner bond may have a beneficial influence on our other relationships, too. 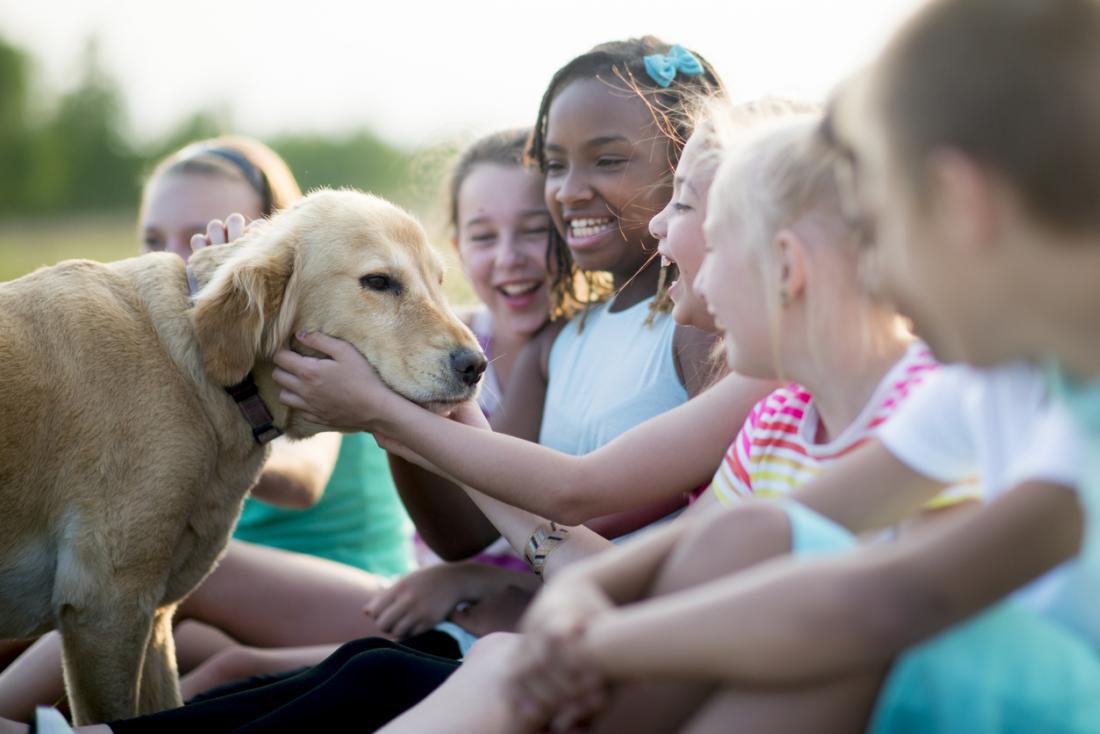 Research has shown that owning a pet might improve social skills.

Caring for a pet may also improve one's social skills. A 2014 study published in the journal Applied Developmental Science found that those who reported greater care for animals had greater community involvement and were more likely to be in a leadership role.

What is more, the study found that adults who reported greater attachment to animals during adolescence demonstrated greater empathy and confidence in adulthood.

For children with autism, who often struggle with social relationships, research suggests that a household pet may be beneficial. One study by researchers from the University of Missouri in Columbia, published in 2015, found that children with autism showed greater assertiveness if they lived with a dog.

"More significantly, however, the data revealed that children with any kind of pet in the home reported being more likely to engage in behaviors such as introducing themselves, asking for information, or responding to other people's questions," explains study co-author Gretchen Carlisle.

"These kinds of social skills typically are difficult for kids with autism, but this study showed children's assertiveness was greater if they lived with a pet."

Mental illness is estimated to affect around 1 in 5 adults in the U.S. in any given year, with depression, bipolar disorder, and schizophrenia being among the most common.

While having a pet cannot cure mental illness, studies suggest that it could certainly help.

Research reported by MNT last year found that 60 percent of pet owners who had been diagnosed with severe mental illness said that their pet was "most important" for managing their condition.

What is more, the study found that participants with pets reported a greater sense of control, as well as a feeling of security and routine.

Studies have shown that our beloved animal companions can also help to reduce depression, so much so that many organizations recognize animal-assisted therapy as an effective treatment for depression and other mental illnesses.

In a blog for the Huffington Post published last year, social worker Kathryn Oda talks about how her dog Buddy helped her to manage her anxiety and depression.

"A dog motivates you to get out the door for fresh air and exercise, even when it's the last thing you feel like doing. A dog brings you so much laughter and joy, unlike anything I've experienced before, with their unique personalities and hilarious quirks [...]," she writes. "And lastly, a dog brings you unconditional love, the kind of love that never stops. With these three things in your life, anxiety and depression can be part of your past as it has become a part of mine."

Those of you who are dog owners will know only too well the frustration of your four-legged pal claiming the sheets at bedtime. But don't kick them off the bed just yet; studies have shown that sharing a bed with your pet may actually lead to a better night's sleep.

One such study was reported by MNT in 2015. Published in the journal Mayo Clinic Proceedings, the researchers found that 41 percent of surveyed pet owners who allowed their pet to sleep in the bedroom or on the bed said that they did not find their pet disruptive, and they even reported sleeping better, due to the feeling of security, companionship, and relaxation that their pet offers.

After reading this article, you can also sleep easy knowing about all the wonderful ways in which your pet could be improving your health and well-being. 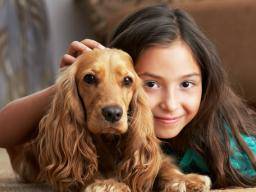 Childhood pets surpass siblings for relationship satisfaction Children may be more likely to have a satisfying, less conflicting relationship with their pets than with their siblings, a new study finds. Read now 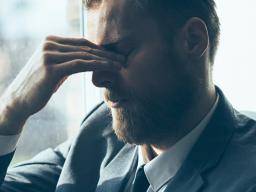 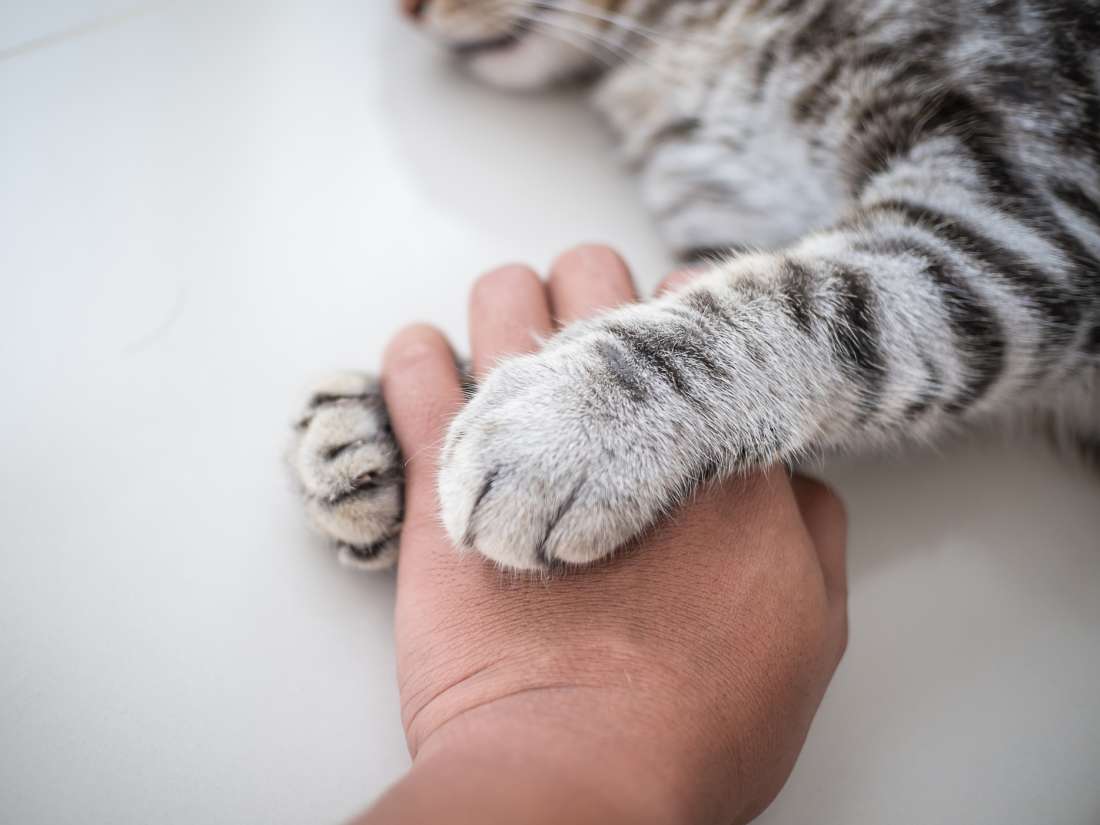 It's official: Pets benefit our mental health A systematic review of existing studies lists the many ways in which pets provide people with mental health issues some much-needed comfort. Read now 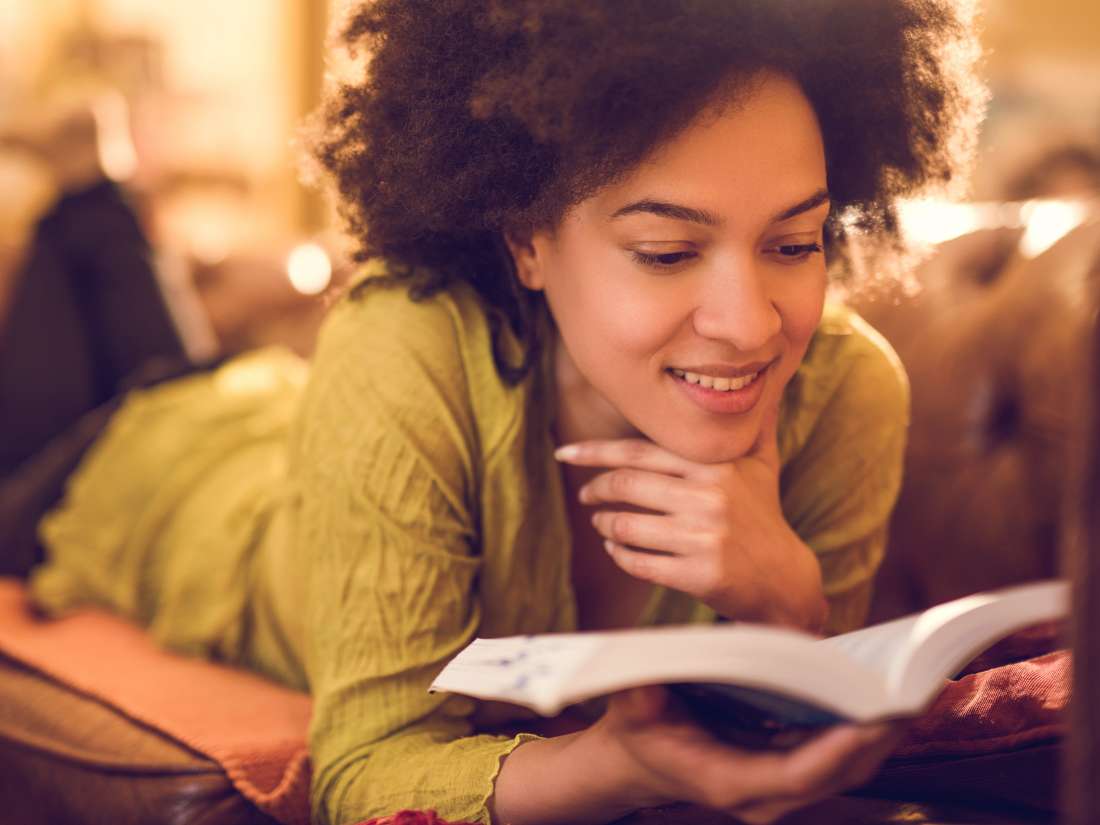 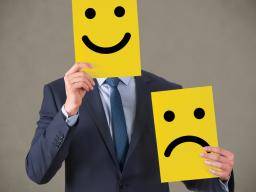