8 herbs and supplements for depression

The most recent data from the National Institute of Mental Health suggest that in the United States, 6.7 percent of people experienced a major depressive episode in 2016.

Medications and counseling are conventional ways to alleviate the symptoms of depression. However, some herbs and supplements may also help.

In this article, we look at the common herbs and supplements with links to the treatment of depression and discuss their safety and effectiveness. 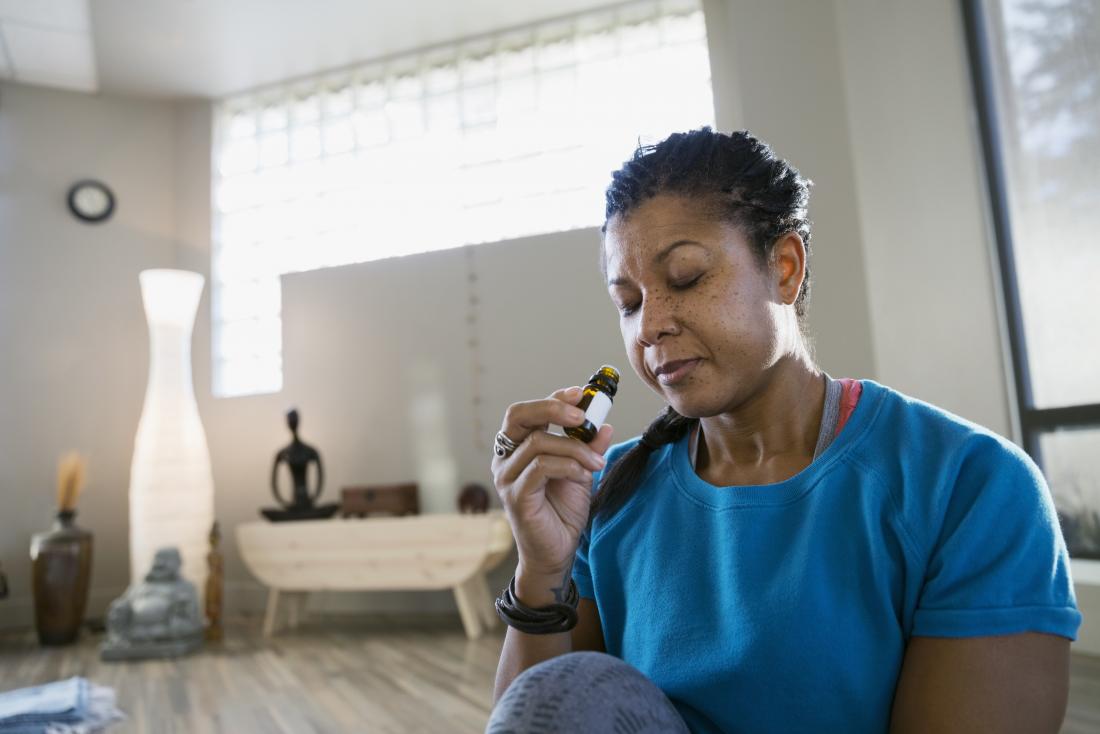 Some herbs, essential oils, and supplements have shown promising effects for people with depression.

The use of complementary therapies continues to gain popularity, as people look for more natural methods of managing their health.

However, herbal does not always mean safe or effective, and knowing which products to choose can save a lot of time and money.

In the United States, the Food and Drug Administration (FDA) do not monitor herbs in the same way as food and drugs. As a result, manufacturers are not always 100 percent clear about the quality or purity of their product.

Research suggests promise for some supplements in treating mild-to-moderate depression. These are some of the supplements that people most widely use:

St. John's wort is also known as Hypericum perforatum. This plant has been a common herbal mental health treatment for hundreds of years. However, people must use caution if they chose to try it as a potential treatment for depression.

A 2016 systematic review found that St. John's wort was more effective than a placebo for treating mild to moderate depression and worked almost as well as antidepressant medications.

However, this review of eligible studies did not find research on the long-term effects of St. John's wort on severe depression.

The authors also advised caution against accepting the results wholesale, as the herb has adverse effects that many of the studies did not consider.

St John's wort can also interfere with the effects of antidepressant medication, meaning that it may make symptoms worse or reduce the effectiveness of conventional treatment.

While St. John's wort might help some people, it does not show consistently beneficial effects.

For these reasons, people should not use St. John's wort instead of conventional treatment. Neither should they try St. John's wort to treat moderate to severe depression. St. John's Wort: Should I use it?
Should I take St. John's wort? Click here to find out more.
Read now

This supplement comes from the gnarled root of the American or Asian ginseng plant. Siberian, Asian, and Eleuthero ginseng are different plants with different active ingredients.

Practitioners of Chinese medicine have used ginseng for thousands of years to help people improve mental clarity and energy and reduce the effects of stress.

Some people associate these properties of ginseng with potential solutions for the low energy and motivation that can occur with depression.

However, the National Center for Complementary and Integrative Health (NCCIH) advise that none of the many studies that people have conducted on ginseng have been of sufficient quality to form health recommendations.

A study in 2012 reviewed data about chamomile, which comes from the Matricaria recutita plant, and its role in helping to manage depression and anxiety.

Lavender oil is a popular essential oil. People typically use lavender oil for relaxation and reducing anxiety and mood disturbances.

A 2013 review of various studies suggested that lavender might have significant potential in reducing anxiety and improving sleep.

Lavender has mixed results in studies that assess its impact on anxiety. However, its effectiveness as a treatment for ongoing depression has little high-quality evidence in support at the current time.

Some studies cite using saffron as a safe and effective measure for controlling the symptoms of depression, such as this non-systematic review from 2018.

However, more research would help confirm the possible benefits of saffron for people with depression. Scientists also need to understand any possible adverse effects better. 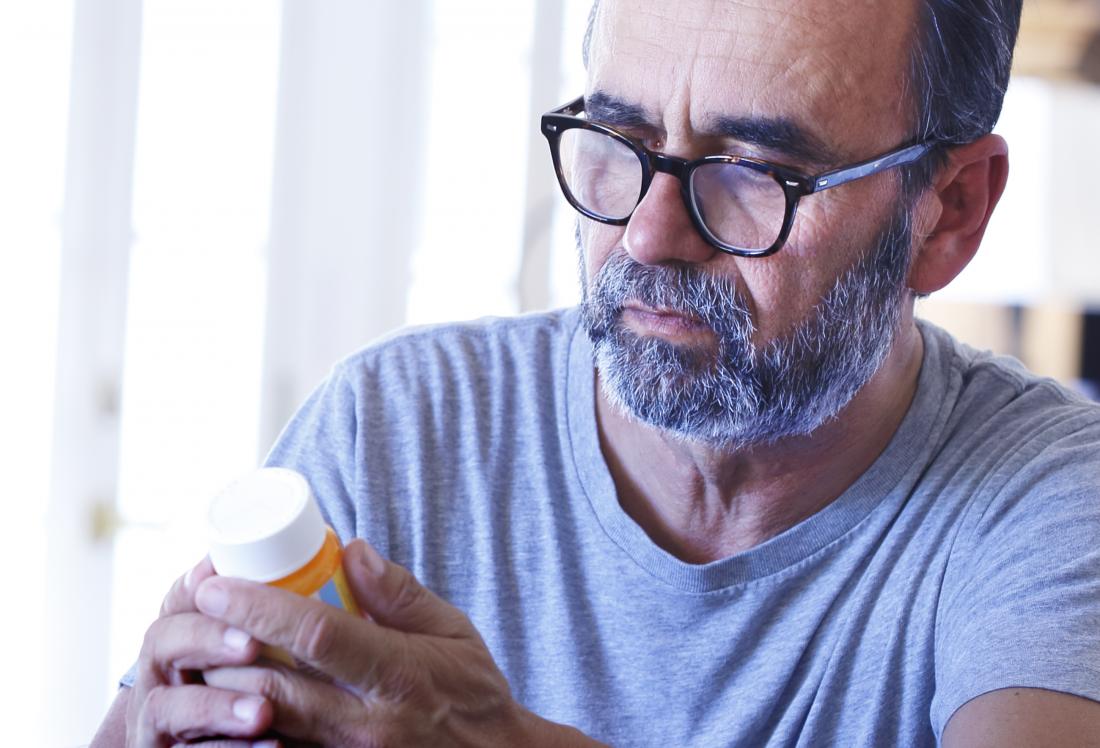 Some supplements have shown promising effects on depression symptoms. However, many investigations confirming their benefits are low quality.

SAMe is short for S-adenosyl methionine. It is a synthetic form of a chemical that occurs naturally in the body.

In 2016, researchers reviewed all the randomized controlled trials on record for the use of SAMe to treat depression in adults. They found no significant difference between the effects of SAMe on depression symptoms and those of a placebo.

However, they also found that SAMe had about the same effectiveness as the common antidepressants imipramine or escitalopram. Furthermore, it was better than a placebo when the researchers mixed SAMe with selective serotonin reuptake inhibitor medications.

As with many other studies into herbs and supplements, the investigations into the safety and efficacy of SAMe are of low quality. More research is necessary to determine its exact effect.

People use the supplement in Europe as a prescription antidepressant. However, the FDA have not yet approved this for use in the U.S.

In a 2015 systematic review, researchers concluded that omega-3 fatty acid supplements are not useful across the board as a depression treatment.

While the study authors reported no serious side effects from the supplement, they also advised that it would only be an effective measure in treatment for depression that was due to omega-3 deficiency.

Also known as 5-hydroxytryptophan, this supplement may be useful in regulating and improving levels of serotonin in the brain. Serotonin is the neurotransmitter that affects a person's mood.

5-HTP has undergone a number of animal studies, and some, such as this review from 2016, cite its potential as an antidepressant therapy. However, evidence of its effects in human subjects is limited.

5-HTP is available as an over-the-counter (OTC) supplement in the U.S. but may require a prescription in other countries.

More research is necessary, especially regarding concerns that it may cause serotonin syndrome, a serious neurological complication if a person takes 5-HTP in excess.

Supplement manufacturers do not have to prove that their product is consistent. The dose on the bottle may also be inaccurate.

People should ensure they purchase herbs and supplements from a trusted manufacturer.

The symptoms of depression include:

Doctors consider that a person must experience at least 5 of these symptoms, to a disruptive extent, for at least 2 weeks to meet the criteria for a diagnosis of depression.

If a person feels any of these symptoms to the point that it interferes with daily living, they should seek help from their doctor.

Medication and therapies can help a person who is experiencing depression. People are advised not to rely on herbs or supplements as a standalone line of treatment.

Anyone having thoughts about suicide or self-harm should immediately seek emergency help, either with their doctor or local hospital or by calling the Suicide Prevention Lifeline (1-800-273-TALK).

If a loved one or friend may be at risk of attempting suicide, stay with that person and call for emergency assistance immediately.

Herbal and natural supplements may work well for some people. However, they are not an adequate substitute for conventional treatment or for people who face a risk of suicide or self-harm.

A person taking herbal supplements must inform their doctor, as these have the potential to cause side effects and interact with other drugs.

Depression is a treatable illness, but an individual may need to try a few different options when working out which treatment is most effective.

Is marijuana proven to help depression?

That is a complex answer, and the research is mixed. When marijuana activates the cannabinoids in the brain, symptoms of depression should improve.

However, current research suggests that smoking marijuana increases apathy and social withdrawal. If you don’t care as much, the symptoms of depression might not seem so bad.

Research does not show that marijuana causes depression, but those who have depression use marijuana more commonly. For people who are self-medicating with marijuana, depression symptoms and alcohol use both increased.

Depression may present a risk for increased substance abuse, including marijuana. Motivation is lower with marijuana when someone has depression

For those who have depression, research has shown that marijuana use is a barrier to improving their symptoms and seeking mental health care. More research is needed to understand marijuana as a treatment for depression better.

Debra Rose Wilson, PhD, MSN, RN, IBCLC, AHN-BC, CHT Answers represent the opinions of our medical experts. All content is strictly informational and should not be considered medical advice. 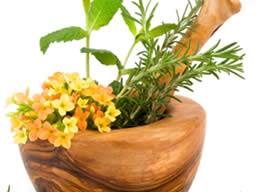 What are the health benefits and risk of lavender? Lavender is an herb that is used in skin and beauty products but packs a wealth of health benefits, including action against fungi, wounds, and anxiety. Read now 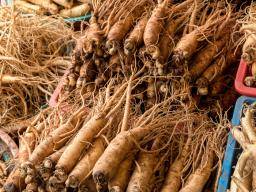 What are the health benefits of ginseng? Ginseng, an oval-shaped root, is among the most popular herbal remedies. It is believed to boost energy, lower blood sugar and cholesterol levels, reduce stress, treat diabetes, and manage sexual dysfunction. Do scientific studies confirm these effects? Learn more about possible benefits and risks of using ginseng. Read now 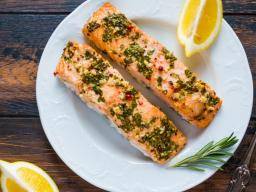 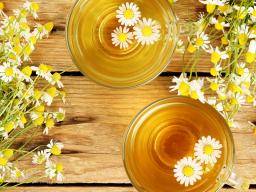 What are the benefits of chamomile tea? Chamomile tea is made from the chamomile flower and is used to treat a wide range of health issues. Studies suggest the tea can be used to reduce menstrual pain, treat diabetes, reduce inflammation, and help with sleep deprivation. Some studies even suggest that chamomile tea may successfully target cancer cells. Read now
email email
print
share share
Depression
Complementary Medicine / Alternative Medicine Mental Health Nutrition / Diet

Bahorik, A. L., et al. (2018). Adverse impact of marijuana use on clinical outcomes among psychiatry patients with depression and alcohol use disorder [Abstract]. https://www.sciencedirect.com/science/article/pii/S0165178117305474