What to know about essential tremor

In some cases, it can make the voice box shake, which will impact on the steadiness of the voice.

Essential tremor is the most common movement disorder. A 2014 study estimated that 2.2 percent of people in the United States, or between 6.38 and 7.63 million people, have essential tremor.

Researchers believe that there may be a link between essential tremor and some psychological conditions, such as cognitive impairment and personality disorders, although more research is necessary to confirm this.

In this article, we cover the symptoms, causes, diagnosis, and treatment of essential tremor. 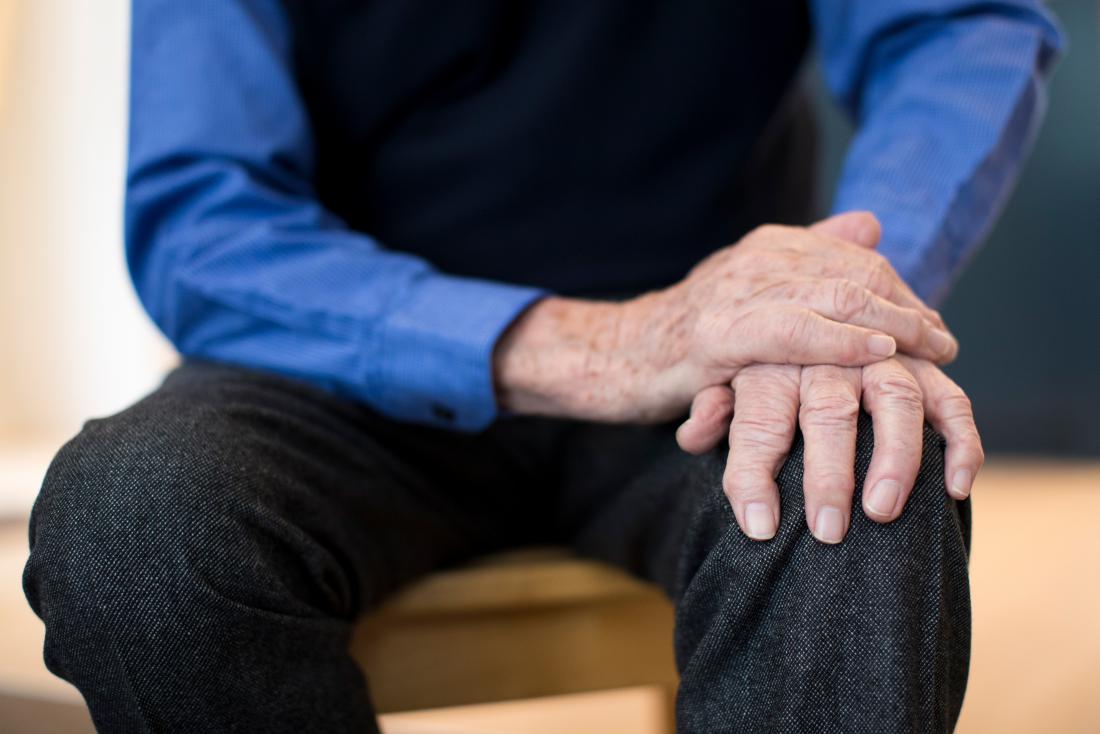 The symptoms of essential tremor involve uncontrollable shaking, primarily in the hands.

The main symptom of essential tremor is uncontrollable trembling, particularly of the hands, which may shake in either an up-and-down or a side-to-side movement.

Tremor can occur in the following parts of the body:

Symptoms tend to start later on in life. The earlier the symptoms begin, the worse the condition tends to be and the more severe it may become.

The condition affects both men and women. It can develop at any age, but it is much more likely to affect older people.

Although symptoms usually appear in the hands and arms initially, they can gradually spread to other parts of the body

Minor tremor is common as people get older, but essential tremor is more persistent and noticeable, and it tends to get worse gradually.

Many people will not experience any symptoms when the part with essential tremor is at rest. Instead, the condition will only become apparent when they try to maintain a posture that applies a force against gravity, such as standing up or holding an arm out.

Other voluntary movements of the affected body part may also cause trembling. Both sides of the body tend to show the effects of tremor.

In more severe cases, the tremor may be present at all times. This can be disabling and make it hard for people to complete simple daily activities, such as drinking from a glass, tying up shoelaces, or writing.

Although symptoms are mild in most cases, they can grow more severe over time.

It is likely that some cases of essential tremor are hereditary. According to the American Academy of Neurology (AAN), the chance of a person inheriting this movement disorder from a parent is up to 50 percent.

Experts also believe that genetic variations on different chromosomes can cause or contribute to essential tremor.

They think that genetic mutations may alter the cerebellum and the inferior olive nucleus, which are areas of the brain. Changes to these regions may affect the way in which the brain sends signals through the nerves to control the muscles.

However, it is unclear why some people develop essential tremor when they have no relevant genetic mutations and no family history of the condition.

Certain factors can trigger or worsen the symptoms of essential tremor. These include:

Drinking excessive amounts of alcohol can lead to a hangover, which can make symptoms worse the following morning. However, consuming two units of alcohol can reduce symptoms of tremor for around 4 hours in up to 80 percent of people.

Regularly using alcohol to self-medicate tremors can also lead to alcohol dependency, which might end up worsening tremors.

In addition, some conditions that cause other types of tremor are linked to essential tremor.

Conditions that may trigger symptoms of essential tremor include: 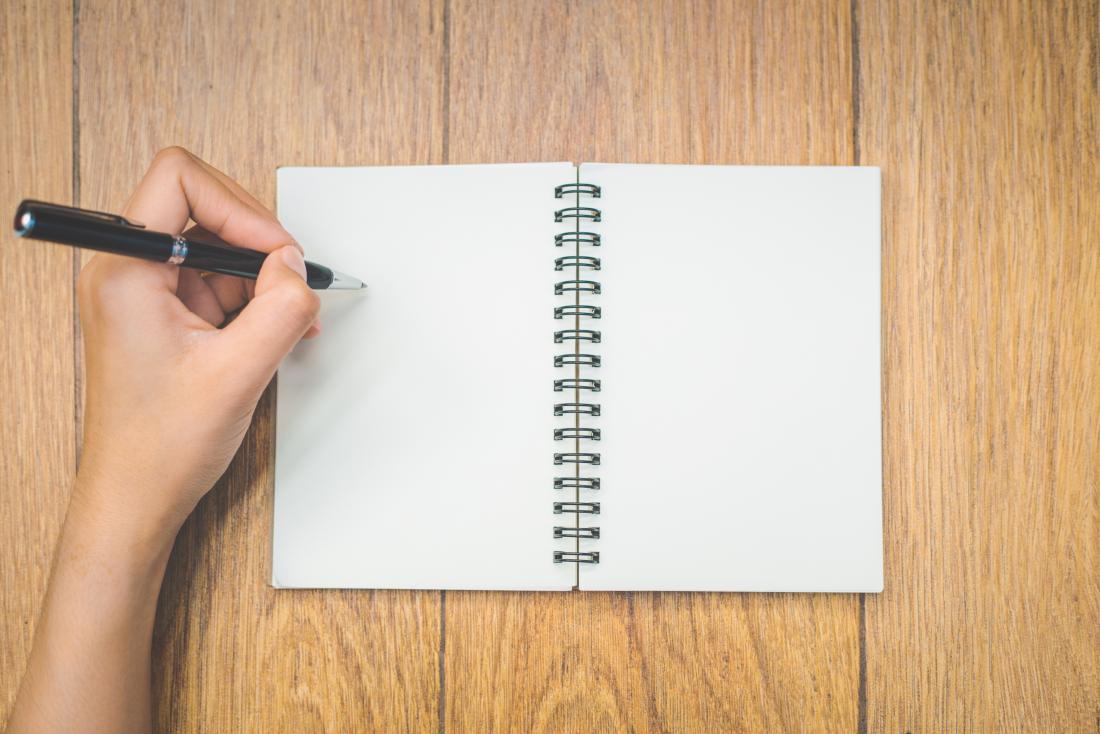 One test for essential tremor is asking a person to draw a spiral or write.

There is no test for essential tremor, so a doctor will diagnose it by ruling out other possible illnesses and conditions, asking questions regarding family medical history, and carrying out a physical examination.

As part of the physical examination, the doctor will need to evaluate the tremor. To do this, they may ask the individual to drink from a glass, hold their hands out in front of them, write, or draw a spiral.

The doctor will also examine the following:

The doctor is likely to check what medications the individual is taking, as some drugs can cause shaking of the hands.

In some cases, the doctor may order tests to help with the diagnosis. These may include a blood test to check the thyroid levels and a CT or MRI scan of the brain to rule out other underlying causes of tremor.

Alternatively, they may use electromyography (EMG), which can determine the electrical activity of the muscles and may reveal nerve damage.

Essential tremor does not need treating if the symptoms are mild. However, if the condition is affecting a person's quality of life and impacting on their ability to carry out everyday tasks, the doctor may recommend treatment.

Botox injections can be beneficial if the condition affects the head or voice, although they generally only provide relief for about 3 months. Muscle weakness can be a side effect, but this typically wears off after 3 months too.

In rare cases, symptoms are severe enough to warrant surgery.

The most common surgical procedure for this condition is called deep brain stimulation.

A doctor will use fine needles or imaging techniques to locate a specific area of the thalamus in the brain. They will then place electrodes here, which connect by thin wires to a battery, or impulse generator, that will sit under the skin in the chest. The generator helps control tremor by sending electric currents to the brain.

A study of 34 people with essential tremor showed that deep brain stimulation reduced tremor by about 80 percent and improved handwriting by nearly 70 percent. A follow-up in 12 participants 90.7 months after surgery revealed that this improvement lasted over time.

The side effects of surgery are rare, but they may include fluid in the brain, infection of the surgical scar, tingling on one side of the body, and bleeding in the brain. Stroke is also a complication, although it is very rare.

Physical therapy can help some people control their tremors and improve their muscle control and coordination.

An occupational therapist should be able to suggest some adaptations to make daily activities more manageable, such as using heavy cups and utensils, thick pens and pencils, and wrist weights.

Essential tremor is a common condition that can become increasingly severe over time and start to affect more of the body. Experts do not fully understand the cause of the condition, but genetics may play a role.

Some medications, caffeine, and stress can trigger symptoms.

If symptoms are mild, treatment may not be necessary. If the tremors are reducing a person's quality of life, treatment options include medications, surgery, and physical therapy.

What are the best ways to preserve quality of life with essential tremor?

See a neurologist who specializes in tremor to verify the diagnosis and to create a treatment plan. This plan may include medications, referral to an occupational therapist to modify writing or eating techniques, or even surgical referral.

Follow-up visits with your neurologist may be necessary to ensure that the dosage of your medications remains appropriate.

Sachin S. Kapur, MD, MS Answers represent the opinions of our medical experts. All content is strictly informational and should not be considered medical advice. 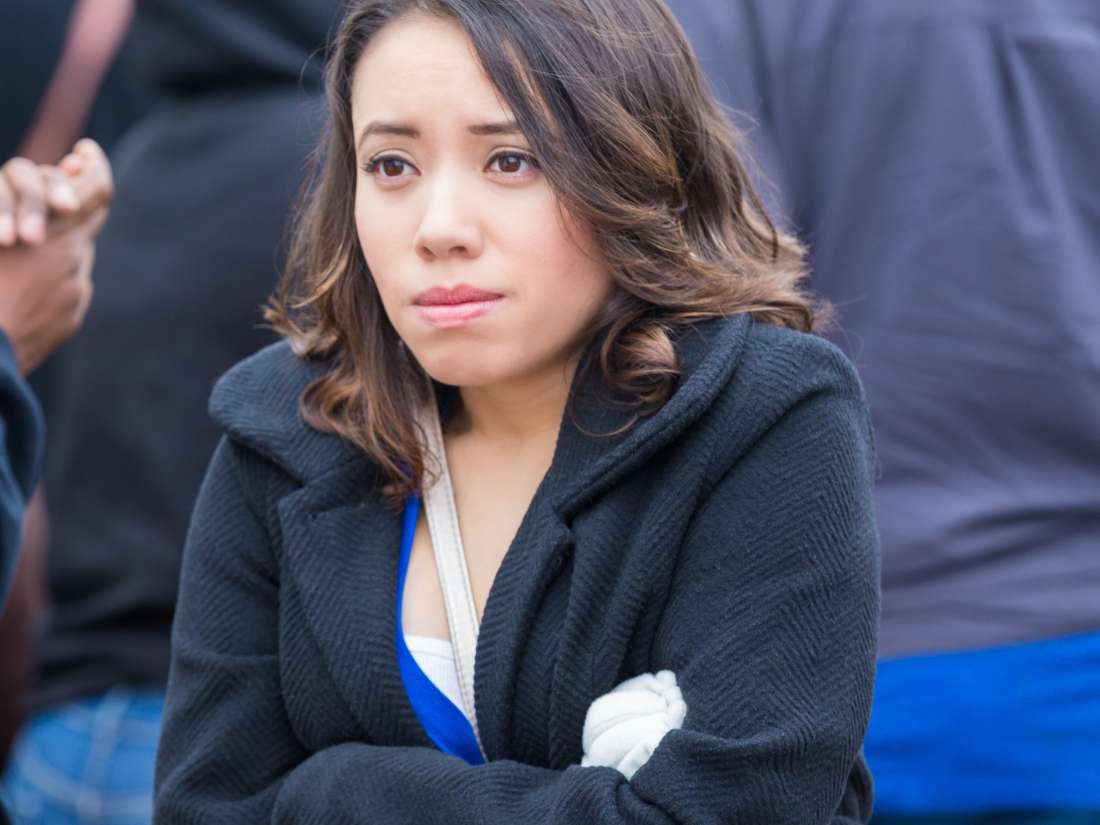 How to stop shivering Shivering usually occurs when a person is too cold, but there are other possible causes. These include fever, stress, low blood sugar, and anxiety. Shivering generally resolves on its own, but treatment may be necessary for some underlying causes. Here, learn more about the causes of shivering and when to see a doctor. Read now 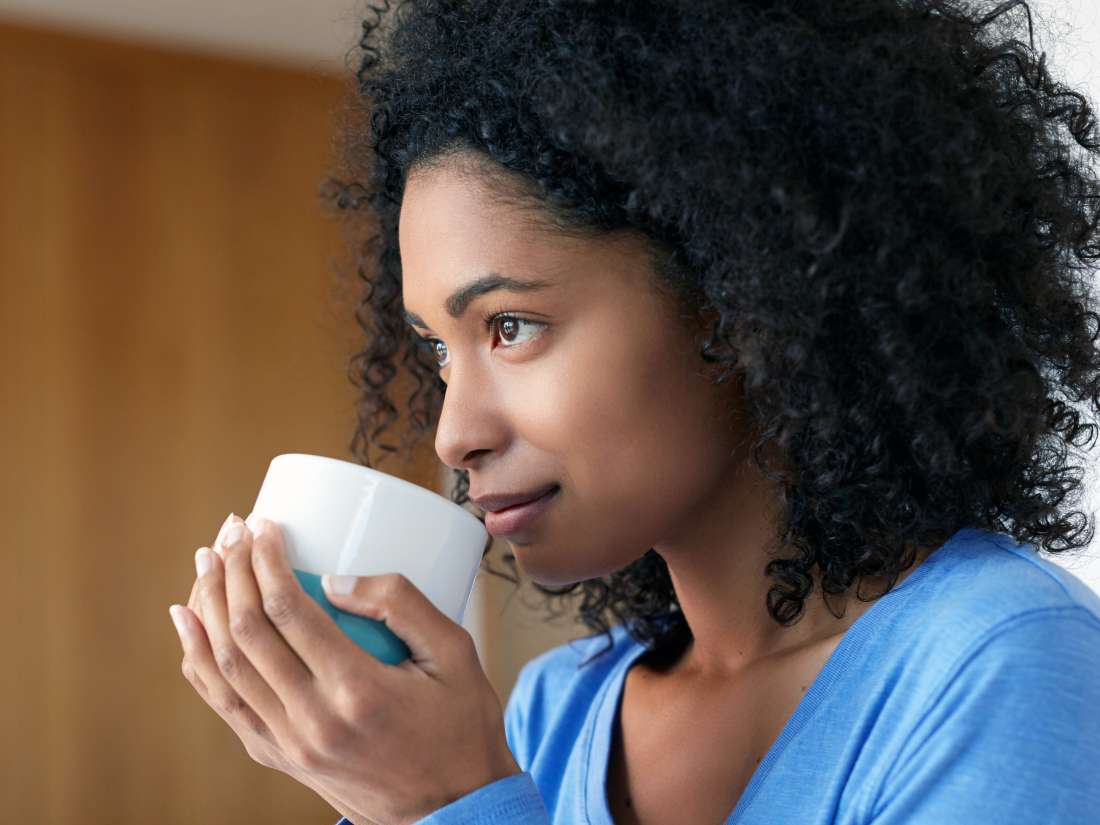 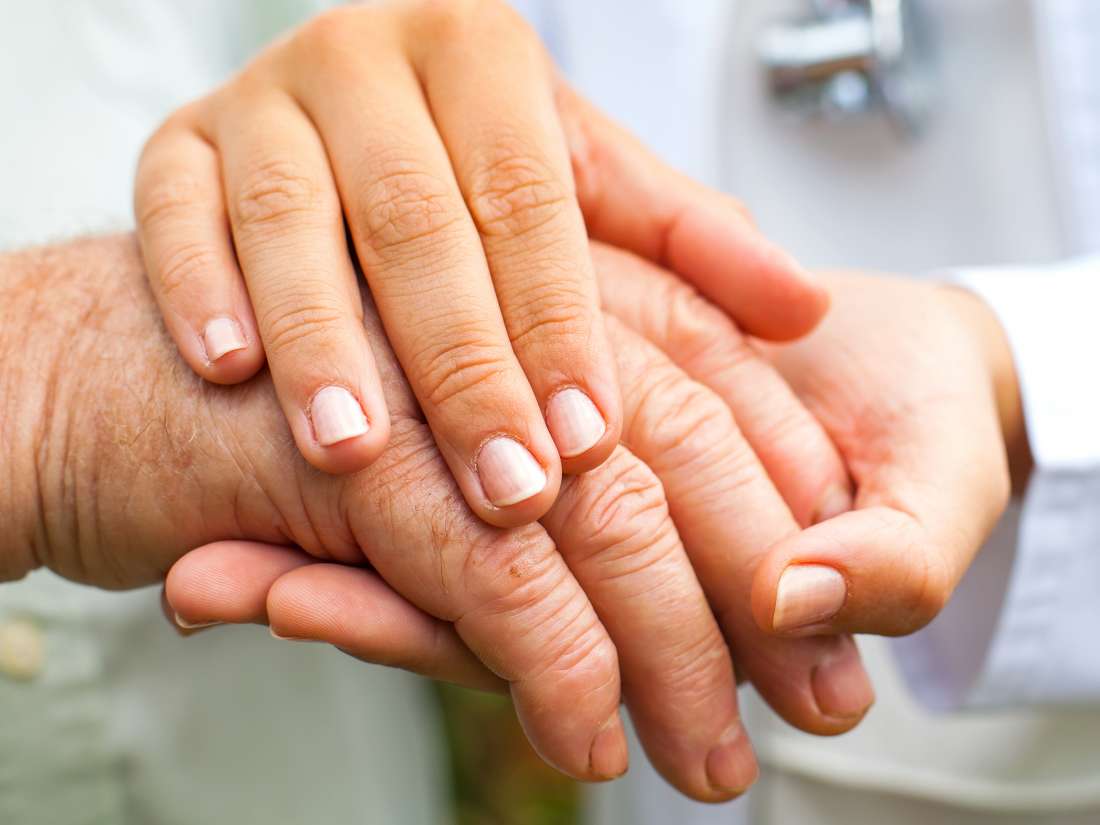 What does it mean if you have shaky hands? Shaky hands can interfere with everyday activities, and the tremors vary in severity. Neurological conditions, movement disorders, and issues such as anxiety or withdrawal may be responsible for the tremors, and a wide range of treatments are available. Learn more about shaky hands and types of tremor here. Read now 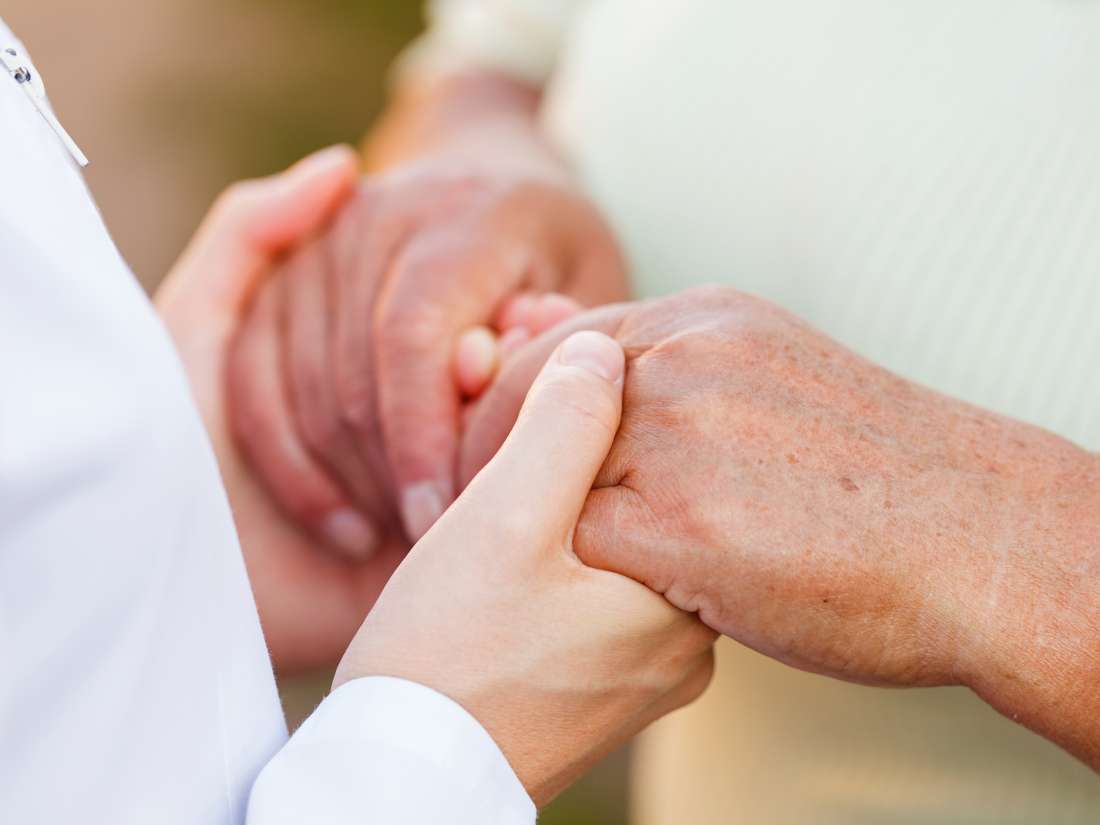 APA
Felman, A. (2018, September 25). "What to know about essential tremor." Medical News Today. Retrieved from
https://www.medicalnewstoday.com/articles/249214.php.