What is REM sleep?

People enter REM sleep within the first 90 minutes of falling asleep and, as the sleep cycle repeats throughout the night, REM sleep occurs several times nightly. It accounts for approximately 20 to 25 percent of an adult's sleep cycle, and over 50 percent of an infant's.

Most dreams occur during REM sleep, and it is thought to play a role in learning, memory, and mood.

What is REM sleep? 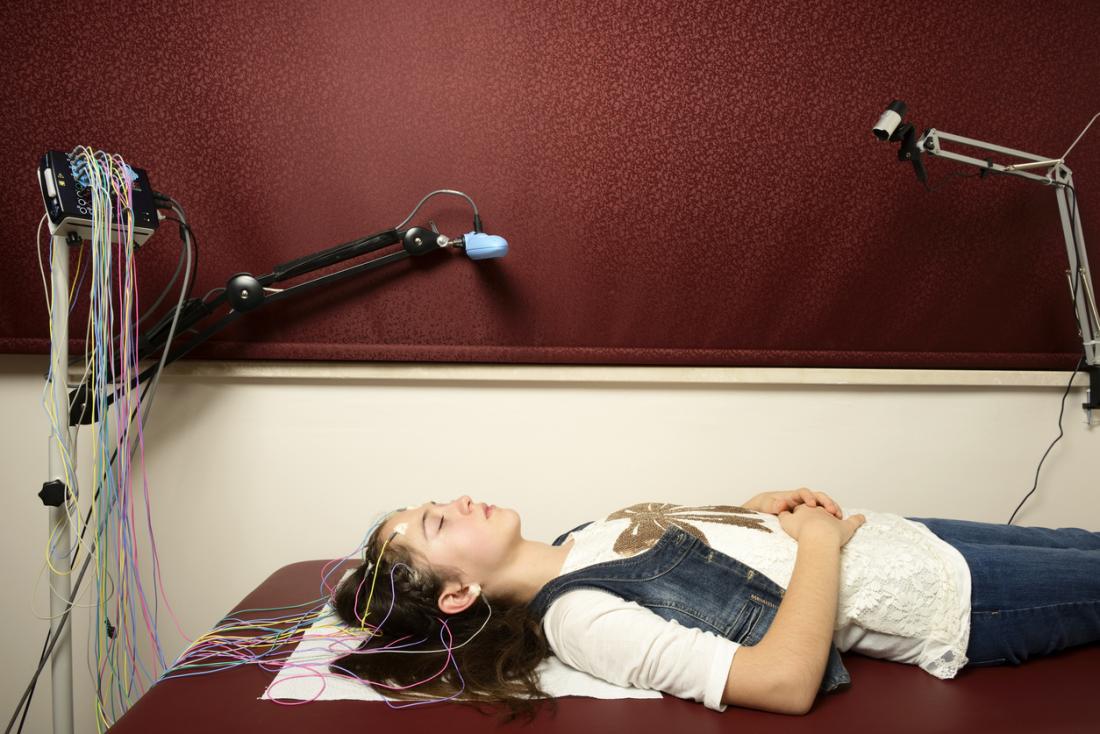 The first phase of REM sleep lasts around 10 minutes.

The sleep cycle begins with non-REM sleep, before moving into the REM sleep stage.

The first phase of REM usually lasts for 10 minutes, with each phase getting progressively longer.

The final phase of REM sleep may last for up to an hour.

During REM sleep, the body and brain go through several changes, including:

In most people, a state of temporary paralysis is experienced as the brain signals the spinal cord to cease movement of the arms and legs. This lack of muscle activity is known as atonia, and it may be a protective mechanism to prevent injury that might be caused by acting out our dreams.

REM sleep is often associated with very vivid dreams due to the increase in brain activity. Because the muscles are immobilized yet the brain is very active, this stage of sleep is sometimes called paradoxical sleep.

Before entering the REM sleep phase, the body goes through each of the stages of non-REM sleep. Each stage of NREM lasts for 5-15 minutes.

Stage 1 non-REM sleep - a person in this stage is between being awake and asleep or is in a state of very light sleep.

Stage 2 non-REM sleep - this stage is characterized by a slightly deeper sleep. Body temperature drops and heart rate slows down.

Stages 3 and 4 non-REM sleep - a state of deep and restorative sleep known as slow-wave sleep, or delta sleep. The muscles relax, the supply of blood to the muscles increases, and the body repairs and grows tissue. Hormones are released and energy stores are replenished.

As people age, they tend to get less NREM sleep. Those under 30 usually experience 2 hours of restorative sleep nightly while older adults may get just 30 minutes.

According to the National Sleep Foundation, REM sleep is believed to benefit learning, memory, and mood. It is also thought to contribute to brain development in infants. A lack of REM sleep may have adverse implications for physical and emotional health.

Research suggests that when people are unable to enter REM sleep, they have difficulty remembering what they were taught before falling asleep.

One study on rats has shown that just 4 days of REM sleep deprivation affects cell proliferation in the part of the brain that contributes to long-term memory.

It is likely that a combination of both REM and non-REM sleep is important for learning and memory.

REM sleep may be especially important for brain development in infants. Some research indicates that this sleep stage is responsible for the neural stimulation necessary to develop mature neural connections.

These findings may help explain why infants require higher levels of REM sleep each night, with the number of minutes of REM sleep falling as people age.

Consequences of a lack of REM sleep

A lack of REM sleep has been linked to:

Migraines - not getting enough REM sleep has been linked to migraines.

Overweight - a University of Pittsburgh study found that short sleep times and reduced REM sleep was associated with excess weight in children and adolescents. 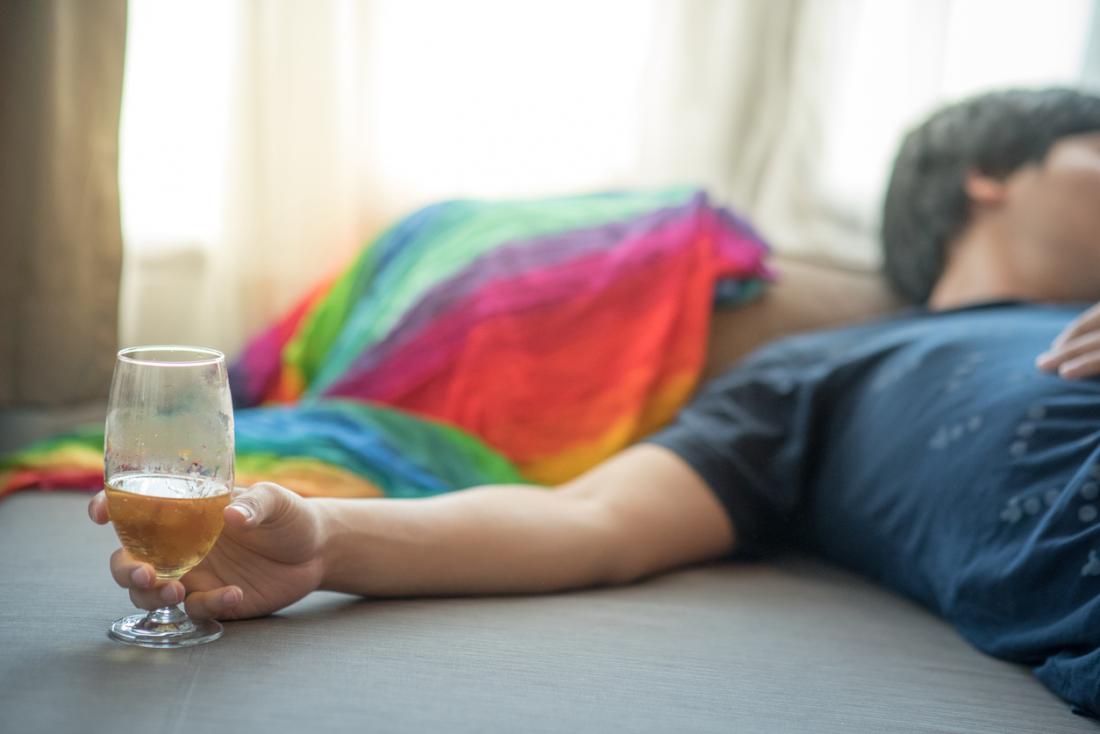 The more alcohol consumed before sleep, the more REM sleep is impacted.

A 2013 review of 27 studies on alcohol and sleep found that total nightly REM sleep was decreased at moderate and high intakes of alcohol, although no clear trend was seen at low levels of alcohol intake.

The onset of the first REM sleep period - which usually occurs 90 minutes after falling asleep - was "significantly delayed at all doses."

Alcohol affects sleep in other ways, too. It contributes to sleep apnea and snoring, causes an increase in bathroom visits, and interrupts the body's circadian rhythm - the internal clock that regulates sleep and wake times. 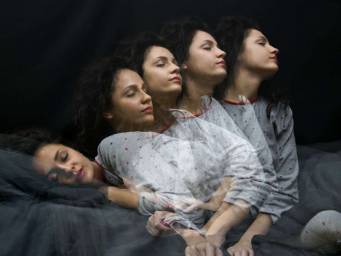 Some people are affected by REM sleep behavior disorder (RBD), a condition where the muscle paralysis normally experienced during REM sleep does not occur. This causes the person to act out vivid dreams. For example, they may kick, yell, or flail their arms about.

Onset of REM sleep behavior disorder tends to be gradual, with symptoms worsening over time.

RBD is caused by malfunctioning nerve pathways in the brain. Risk factors for its development include:

Treatment for REM sleep behavior disorder includes medication and making changes to the sleep environment to increase safety for the person with the condition and their sleeping partner.

How to improve REM sleep

There are several ways to enhance both REM and NREM sleep to reap the benefits of a good night's sleep. The following tips may help improve REM sleep:

Following the same bedtime routine every night prepares the body and mind for sleep. A regular bedtime routine may help to maximize the amount of time asleep, potentially increasing the number of REM sleep phases experienced.

Loud sounds, warm temperatures, and bright lights can interrupt sleep. For optimal sleeping conditions, switch off cell phones and other sources of noise, and remove light sources from the bedroom. Keep temperatures between 60 and 67 degrees Fahrenheit.

A healthy adult requires 7-9 hours of sleep a night. Sleeping less than this reduces the number of REM sleep phases experienced.

As moderate to high levels of alcohol intake before bed can reduce the number of REM sleep phases experienced, and any amount delays entering the first REM phase, it is advisable to avoid alcohol consumption in the hours before bed. 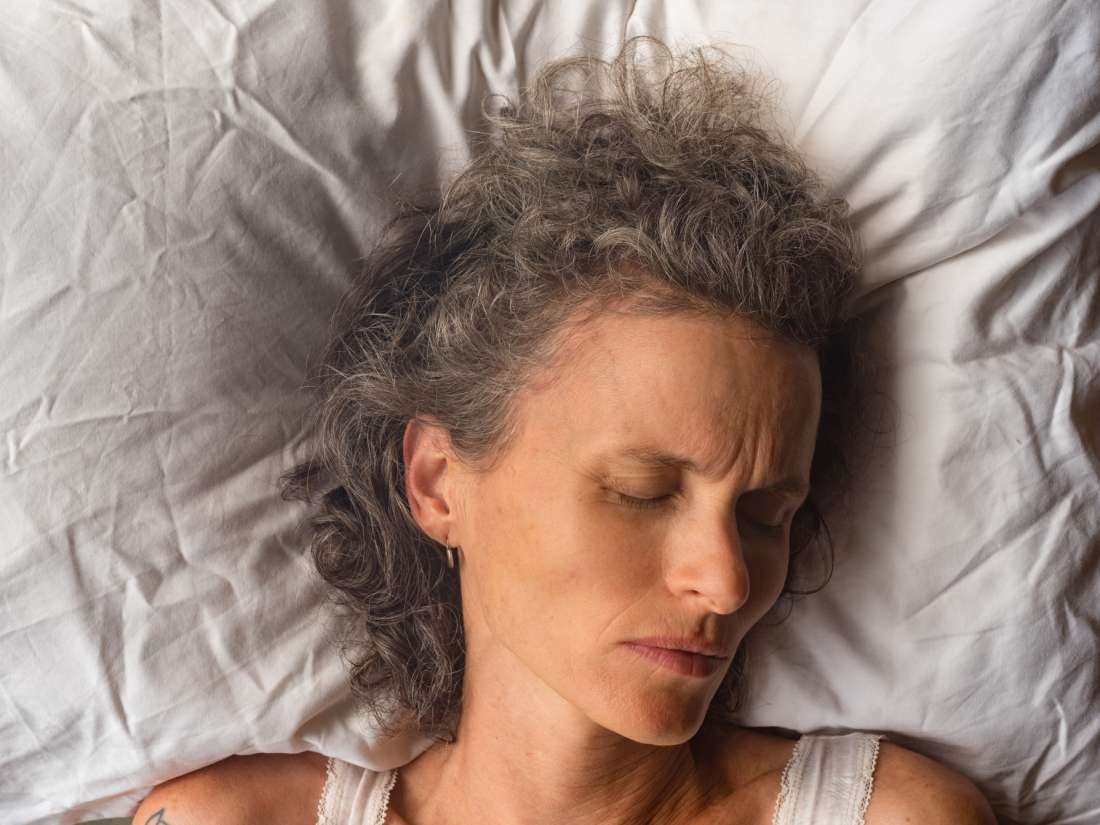 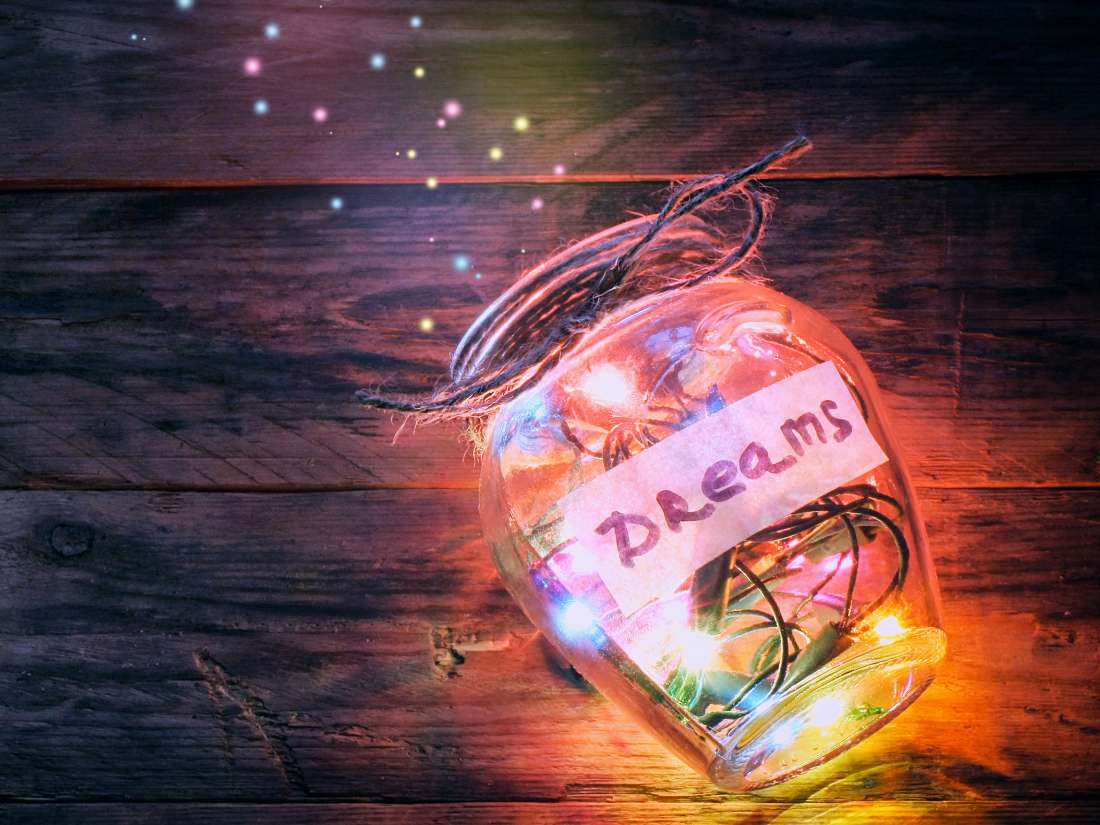 What does it mean when we dream? Most people dream 3-6 times per night, although many people will not remember dreaming at all. This article looks at some of the recent theories about why people dream, what causes them, what dreams are, and lists the most common things that people dream about, including falling, swimming, dying, and many others. Read now 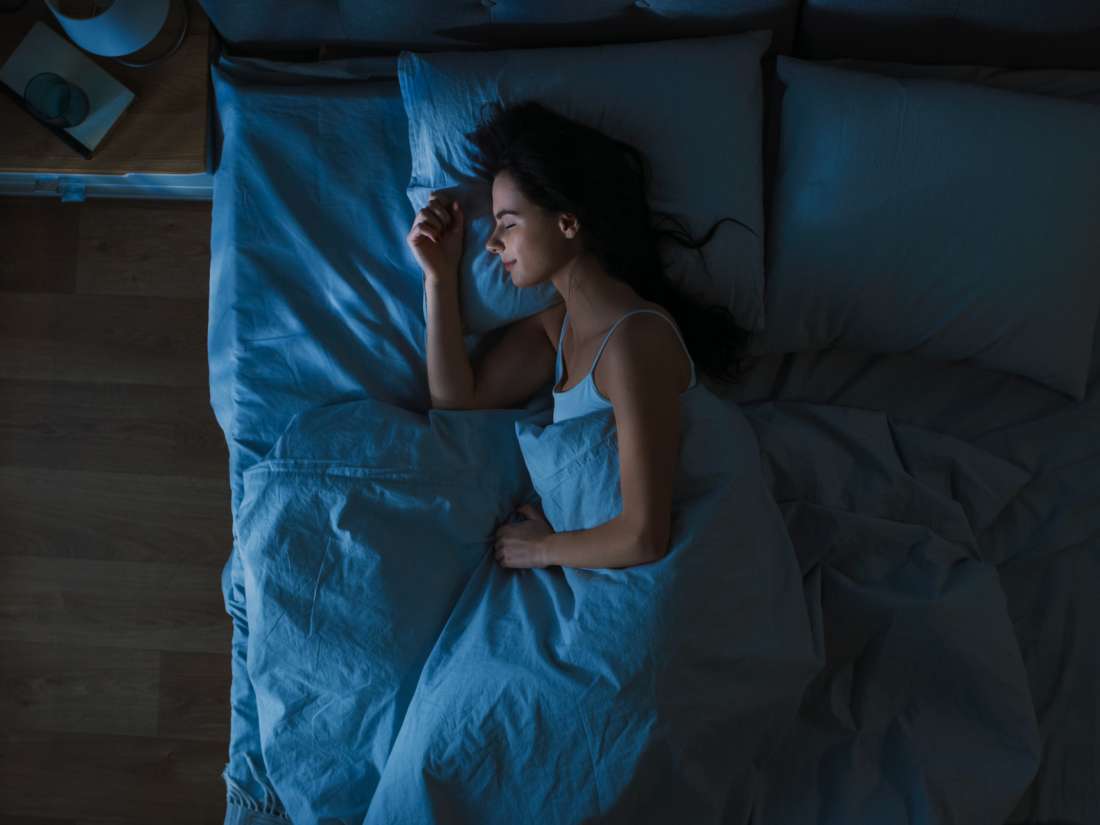 Deep sleep may help treat anxiety New research 'establishes a causal connection between sleep and anxiety' and identifies the type of sleep needed to soothe an anxious mind. Read now 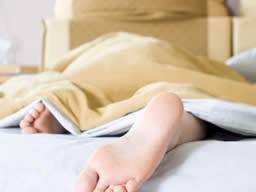 Potentially Violent Sleep Disorder Linked To Smoking, Pesticides And Head Injury REM behavior disorder, during which the sleeper does not have the typical lack of muscle tone during the REM (rapid eye movement) phase of sleep, and can act out dreams, sometimes... Read now 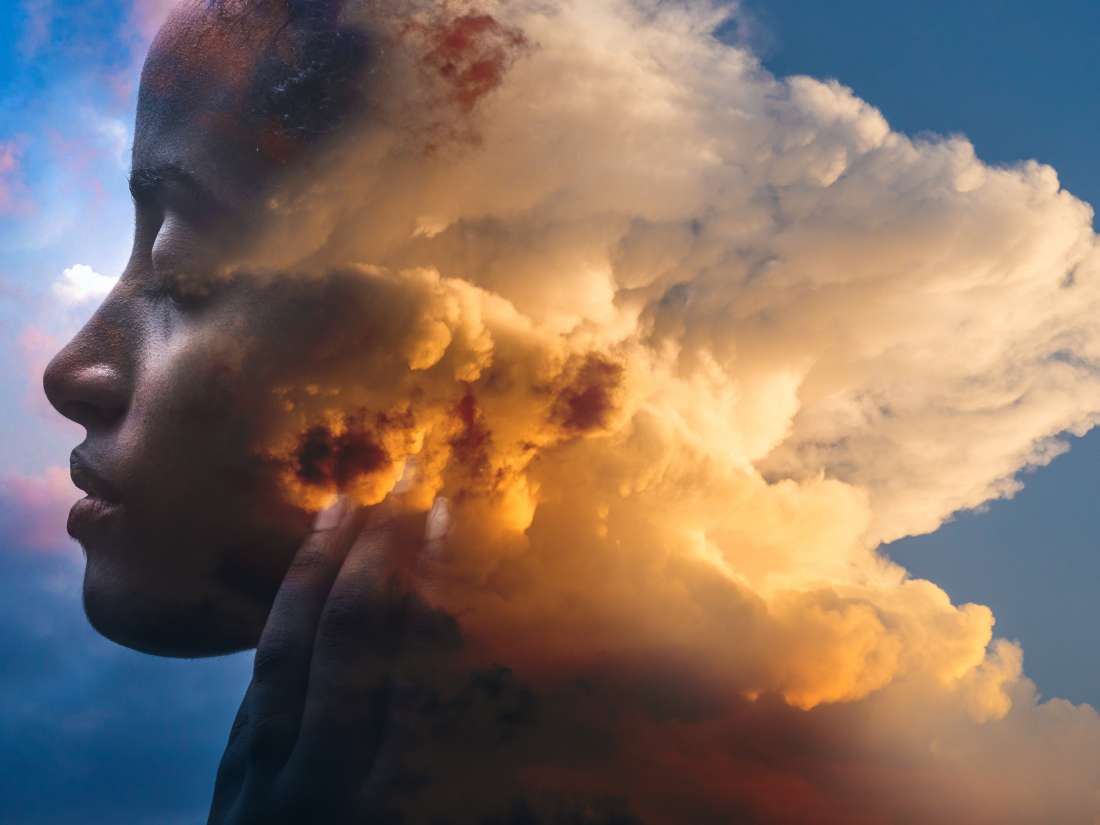 Dreams and nightmares: What are they? How do we dream and what exactly are nightmares? What are lucid dreams, wet dreams, and which dreams do we remember? This article examines some of the theories behind dreaming and what bad dreams and nightmares could mean. It also looks at which medical conditions are linked to dreams, and which drugs may help. Read now
email email
print
share share
Sleep / Sleep Disorders / Insomnia
Neurology / Neuroscience

REM sleep associated with overweight in children and adolescents. (2008, May 16). Retrieved from http://www.aasmnet.org/Articles.aspx?id=931