What you need to know about laryngitis

The larynx, also referred to as the voice box, is home to the vocal cords. These are vital to the processes of breathing, swallowing, and talking. The vocal cords are two small folds of mucous membrane covering cartilage and muscle that vibrate to produce sound.

In a 2013 study of people in the United States (U.S.), 3.47 in every 1,000 people had a diagnosis of chronic laryngitis. It is thought that 21 percent of the population may develop chronic laryngitis in their lifetime.

Laryngitis is not often serious and in most cases resolves without treatment in around 7 days. 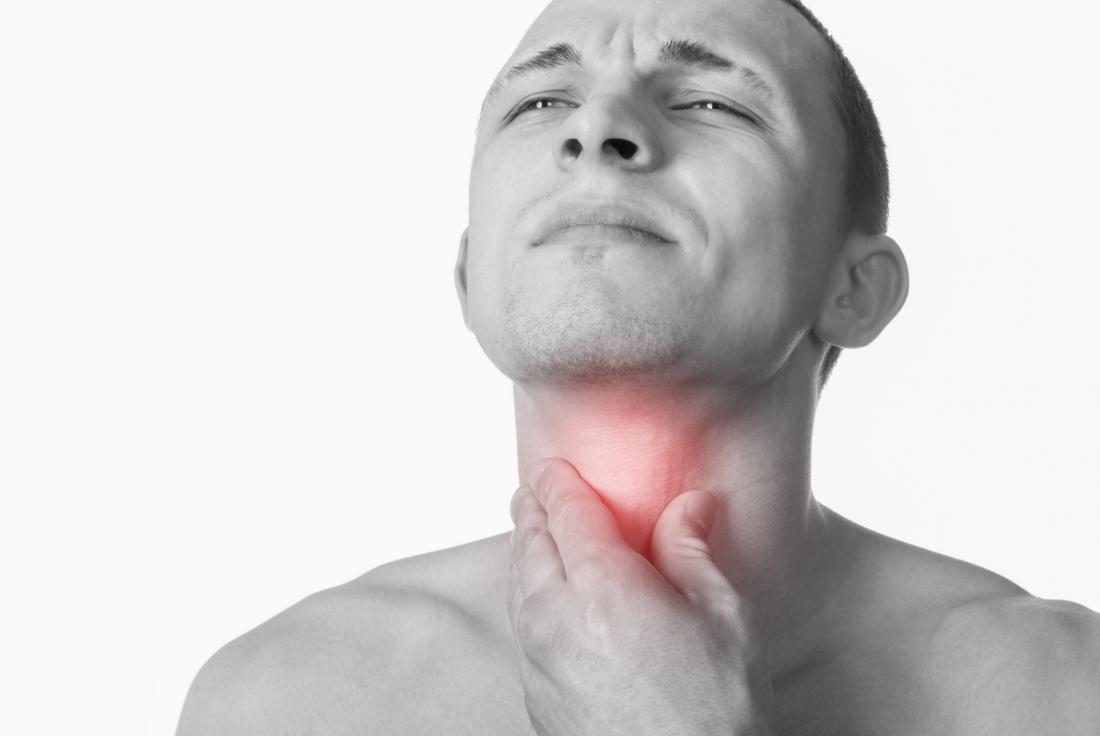 Laryngitis is an infection of the vocal cords.

Laryngitis is an inflammation of the vocal cords.

The vocal cords normally open and close to generate the voice with a slow, steady movement. When a person has laryngitis, their vocal cords are swollen. This changes the way air moves through the throat.

This change in airflow leads to a distortion of the sounds that the vocal cords produce. People with laryngitis will often have a voice that is hoarse, gravelly, or too quiet to hear properly.

In chronic laryngitis, the inflammation is ongoing. Vocal cords can become strained and develop growths, such as polyps or nodules.

Laryngitis can cause a wide range of symptoms in adults, including:

These symptoms begin suddenly and often become more severe over the next 2 to 3 days. If symptoms last for more than 3 weeks, it is likely that the case has become chronic. This suggests a more serious underlying cause that warrants further investigation.

Laryngitis often relates to other illnesses. Tonsilitis, throat infection, cold, or flu can occur alongside a case of laryngitis, so the following symptoms may also occur:

The symptoms are likely to resolve without treatment by the seventh day of infection. See a doctor if the symptoms persist for longer or present severely.

Symptoms of laryngitis in children can differ from symptoms in adults. The condition is often characterized by a hoarse, barking cough and fever, and may also present as croup.

Croup is a contagious respiratory illness common among children. Although croup is usually a simple illness to treat, severe cases require medical attention.

Medical attention is recommended for children experiencing any of the following symptoms:

These symptoms can also indicate epiglottitis. This is inflammation of the tissue surrounding the trachea, or windpipe. Both adults and children can develop epiglottitis, and the condition can be life-threatening in certain cases. 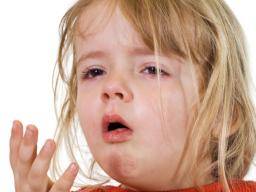 What is croup and how is it treated?
Concerned about croup? Find out more here.
Read now

A number of conditions can cause laryngitis. Acute and chronic forms of laryngitis typically result from different factors.

The most common cause of laryngitis is a viral infection, often similar to those that cause the common cold or flu. Overuse of the voice can also cause inflammation of the larynx. Examples of overuse include loud singing or excessive shouting.

In very rare instances, acute laryngitis can be caused by diphtheria, a bacterial infection. Most people in the U.S. have received a diphtheria immunization.

Chronic laryngitis is typically caused by the following:

Physicians typically diagnose laryngitis with a physical examination that assesses the ears, nose, throat, and voice. In most case, no additional testing is required. 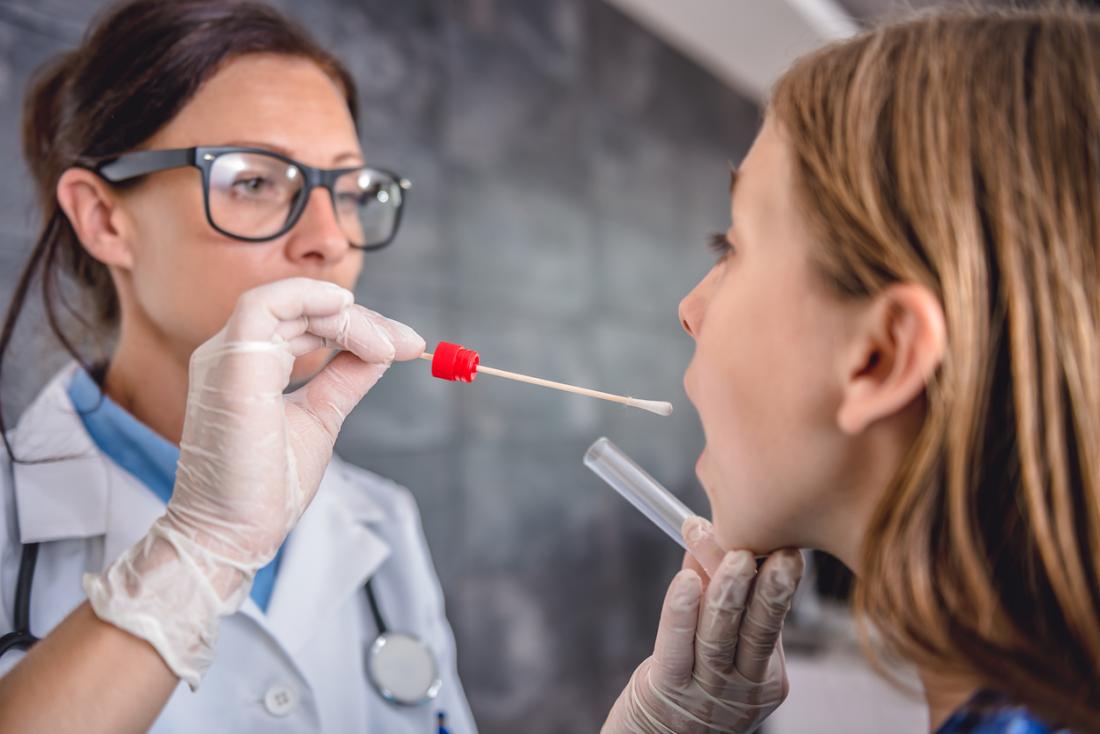 Laryngitis is normally diagnosed after a physical examination.

The most common symptom of the condition is hoarseness, so doctors will take care to listen to the voice of the person with laryngitis. They may also ask questions about lifestyle, potential exposure to airborne irritants, and other related diseases.

If a person presents with chronic hoarseness, a doctor may recommend additional testing to fully examine the vocal cords. Chronic hoarseness can be caused by other conditions, such as a cancer in the throat area. This symptom will require follow-up tests to rule out a more serious illness.

A laryngoscope can be used to observe the motion of the vocal cords when in use and determine the presence of any polyps or nodules on the vocal cords. A biopsy can be carried out if a suspicious area of tissue requires further assessment.

Anyone with symptoms that last longer than 2 weeks should consult their physician. In some cases, a doctor may refer the person with laryngitis to an otolaryngologist, also known as an ear, nose, and throat (ENT) specialist.

Cases of acute laryngitis are often best treated with rest, home remedies, and self-care measures that can relieve symptoms. 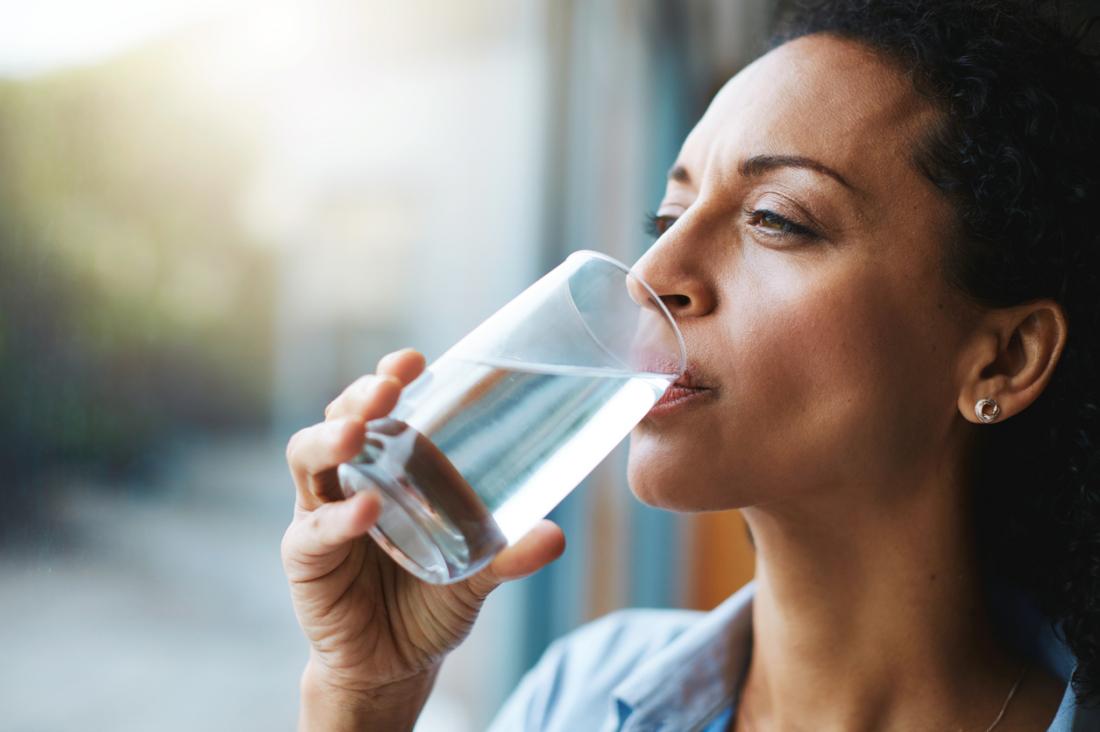 Staying hydrated is important for recovery from laryngitis.

Doctors will normally advise rest to manage the symptoms of laryngitis.

For laryngitis, rest means limiting the use of the larynx. Avoid talking, singing, or using the voice box. Although whispering may seem like a gentler alternative to speaking at normal volume, this requires that the vocal cords are tightly stretched, hampering their recovery. Whispering should also be avoided.

Other simple home remedies include:

Doctors may prescribe antibiotics in cases where laryngitis has been caused by bacterial infection. However, a recent review found that the risks of prescribing antibiotics for acute laryngitis typically outweigh the benefits.

Corticosteroids may be prescribed to reduce vocal cord inflammation in severe or urgent cases. This may apply to people who use the voice professionally, such as professional singers or public speakers. Infants with severe croup may also receive a course of corticosteroids.

Chronic laryngitis may require more extensive ongoing treatment. The cause of the inflammation will determine this. If the laryngitis is caused by another condition, such as acid reflux or sinusitis, then treatment for the associated condition can also treat the laryngitis symptoms.

Laryngitis treatment may require lifestyle changes. For example, if singing is deemed to be the cause of laryngitis, the patient may need to alter their singing method. Speech training may be recommended in such cases. Avoiding alcohol, tobacco smoke, and irritants can also help.

A person may need surgery in cases where the vocal chords have been badly damaged as a result of polyp or nodule growth.

People can take a number of measures to limit dryness and irritation to the vocal cords.

The following steps can help reduce the risk of laryngitis:

Laryngitis can be uncomfortable, but it is easily manageable and often short-lived. 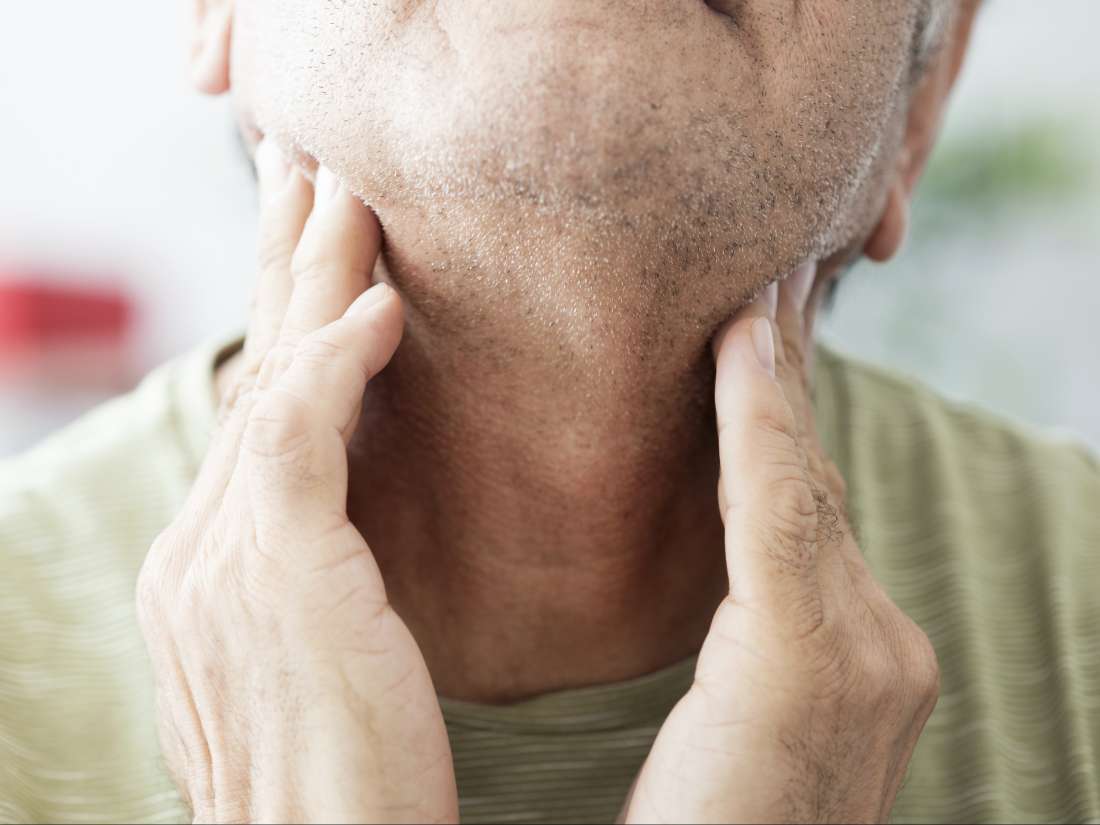 Why is one side of my throat sore? Sore throats are not usually serious, but soreness on just one side can indicate an underlying illness. Read on to learn about causes and other symptoms. Read now 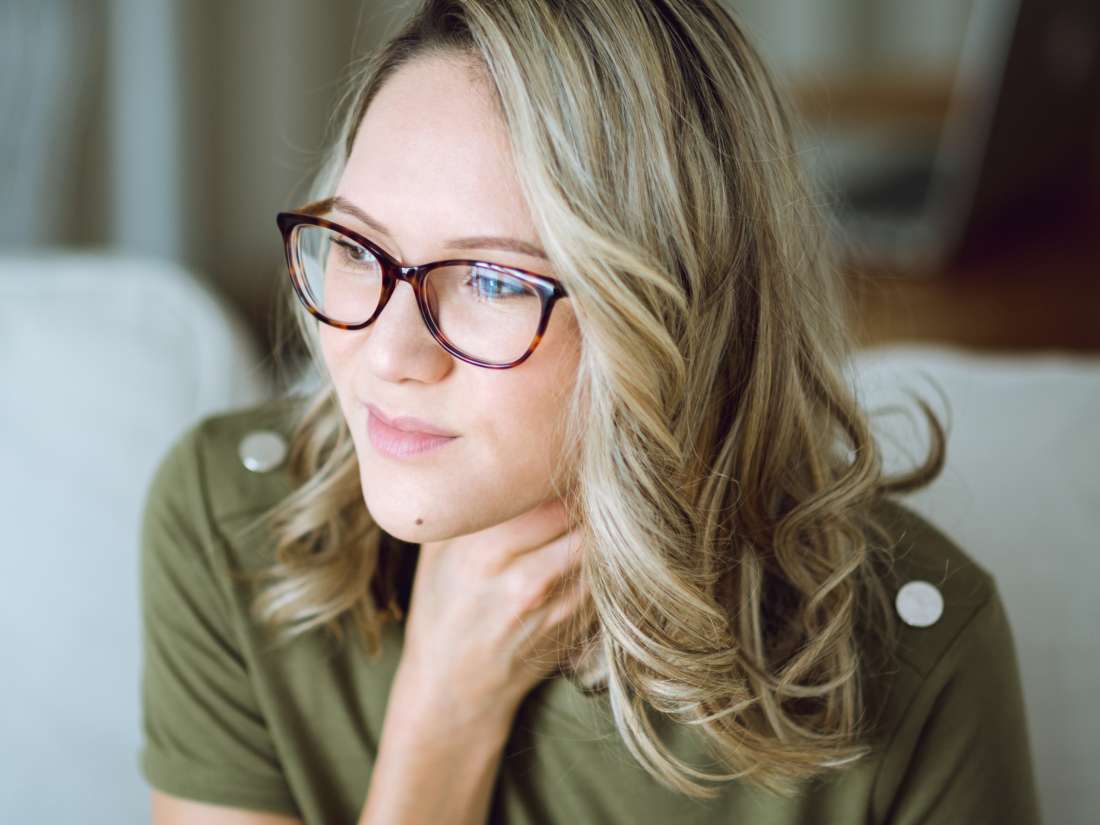 Odynophagia: Symptoms, causes, and dysphagia Odynophagia is when it is painful to swallow. This pain may occur in the throat, mouth, or food pipe and has a variety of potential causes. Read now 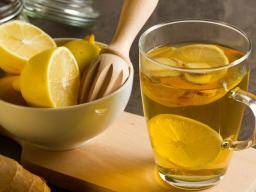 15 natural remedies for a sore throat Sore throats are usually caused by viral or bacterial infections. They can be very painful, especially when swallowing. Most sore throats are no cause for concern and can be treated at home. This article identifies 15 home remedies that might soothe a sore throat. Some of these methods are also supported by science. Read now 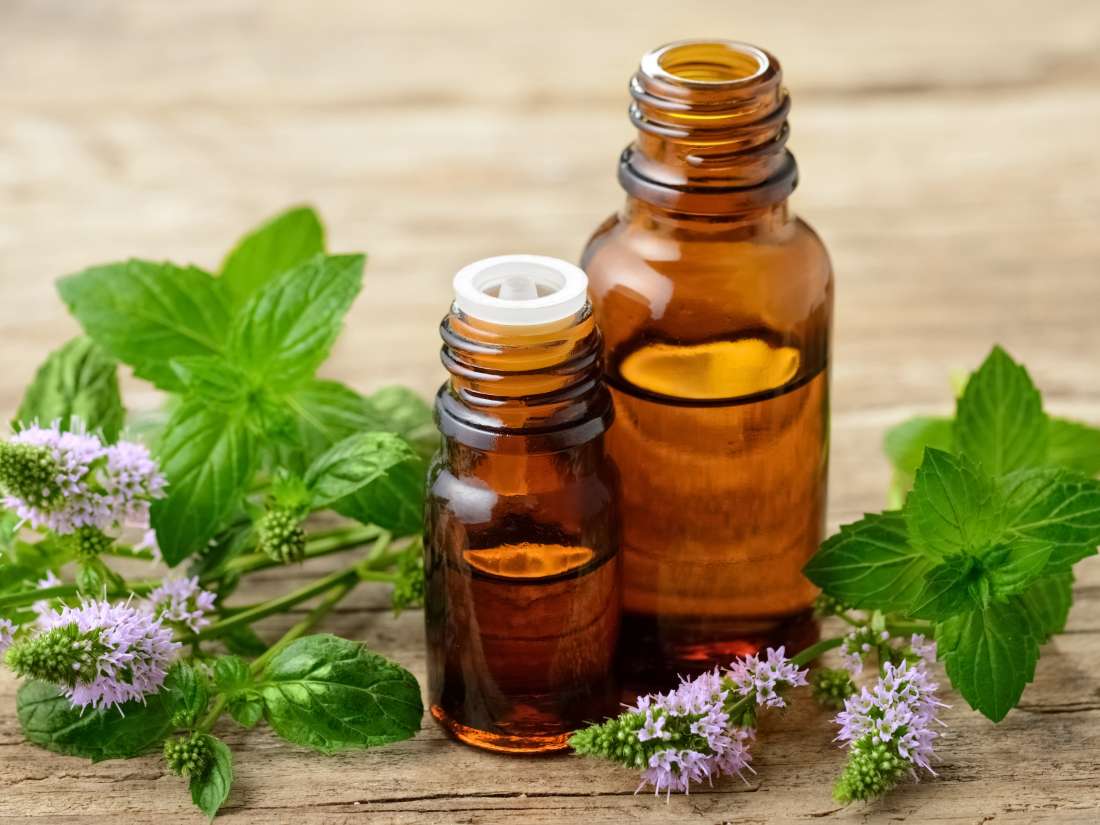 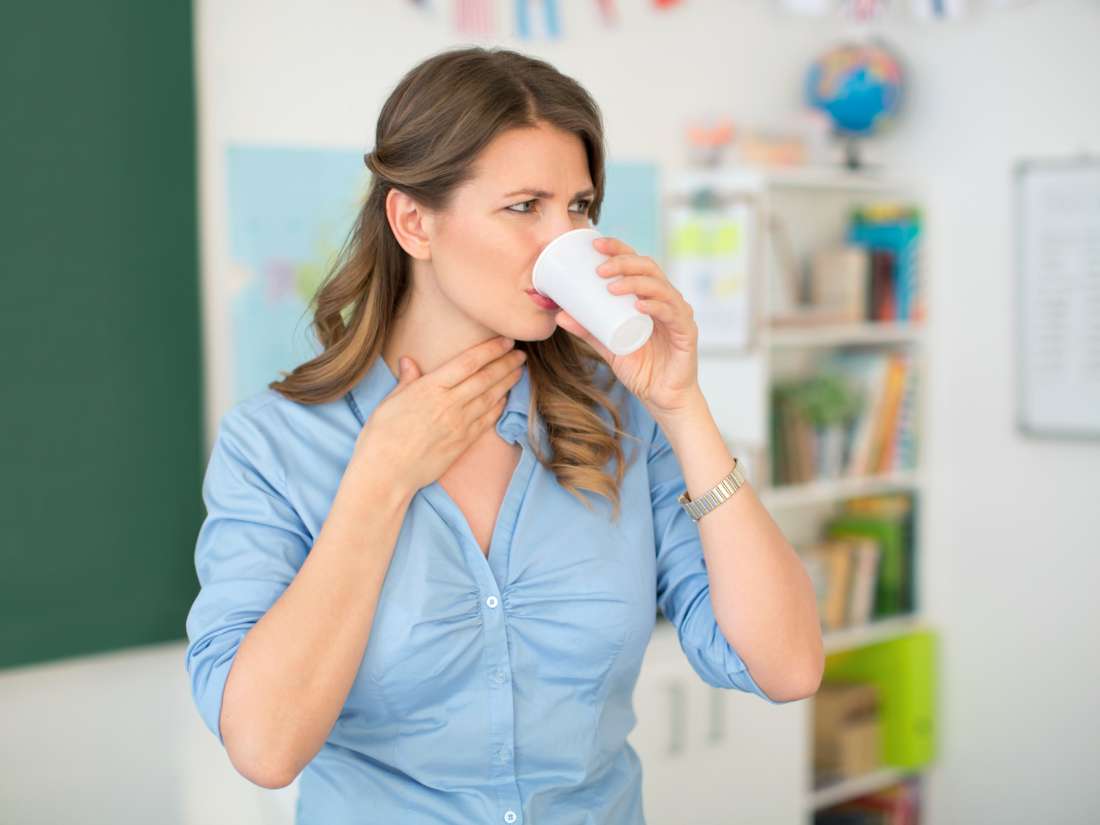 Why does it hurt when I swallow? People can experience pain when swallowing for a wide range of reasons. Depending on the cause, they may feel sharp or dull pain in various places, including the mouth, throat, esophagus, chest, or one or both sides of the neck. Learn more about the causes, symptoms, and treatment of pain when swallowing here. Read now
email email
print
share share
Ear, Nose and Throat