Glandular fever: What to know

It is normally caused by the Epstein-Barr virus (EBV) a highly contagious herpes virus. EBV is thought to be present in 90 to 95 percent of people worldwide, but it does not always cause symptoms, and it does not always lead to glandular fever.

There is no cure, and glandular fever usually passes without treatment, but the fatigue can last for some time.

Cytomegalovirurs (CMV) and rubella, or German measles, can also cause glandular fever, but the cause is not EBV and it is not mononucleosis. Toxoplasmosis can cause similar symptoms.

Here are some key points about glandular fever. More detail is in the main article. 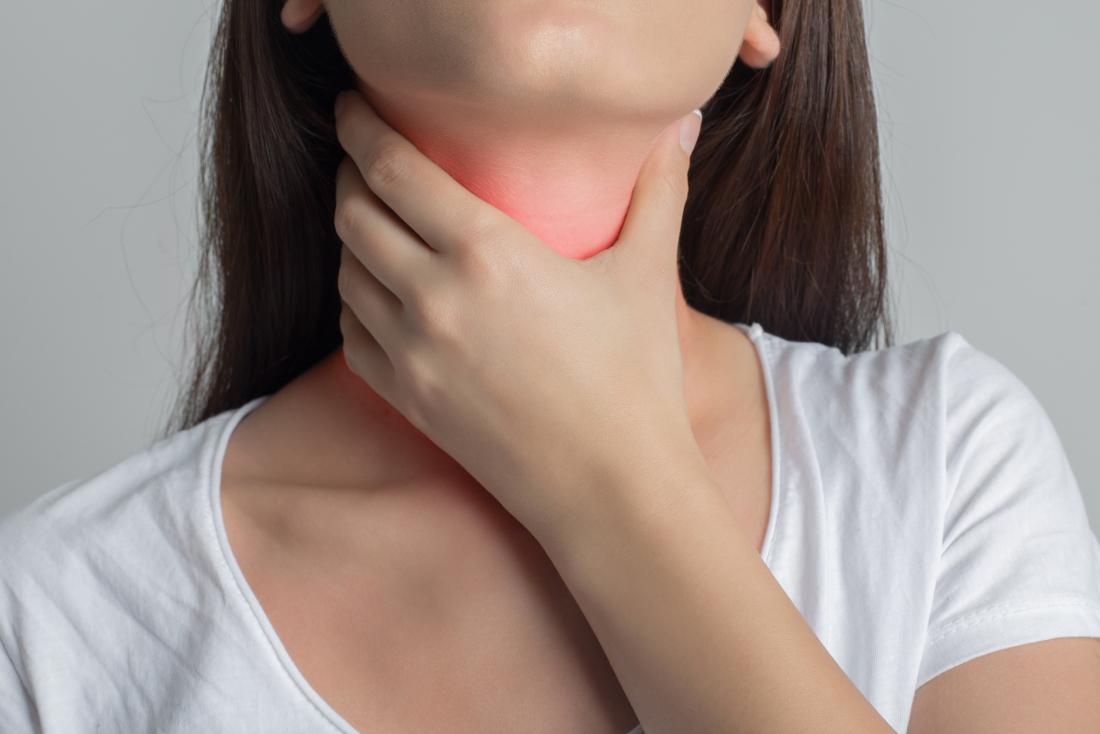 Glandular fever has an incubation period of 4 to 6 weeks. In other words, symptoms appear 4 to 6 weeks after initial infection. The symptoms, and especially fatigue, may continue for several weeks.

The sore throat may be mild, but it is often very sore, red, and swollen, similar to that of tonsilitis. If a person has severe tonsillitis that lasts longer than usual, this may be glandular fever. Swallowing is often painful.

The lymph glands and the spleen

As the body's immune system fights the virus, the lymph glands swell. This can affect any lymph node in the body, but the glands in the neck and the armpits are usually the most prominent. They can become swollen and tender.

The spleen is an organ that is part of the immune system. It is found under the ribs on the left side of the abdomen. Like the lymph glands, the spleen can swell, and it can sometimes be felt below the ribs. It may cause mild pain in the upper left section of the abdomen.

The virus can sometimes cause mild inflammation of the liver, known as hepatitis. It is more common in people over 30 years of age.

Symptoms of hepatitis include:

The symptoms of jaundice and hepatitis should disappear as the person recovers from glandular fever.

The sore throat and fever usually improve after 2 weeks. Fatigue and swollen lymph nodes may persist for longer, sometimes for several months.

People can be infected with EBV but have no symptoms. This is more likely in younger children and in people aged over 40 years.

There is no cure for glandular fever, and most symptoms normally disappear within 4 to 6 weeks without treatment, although fatigue may persist for up to 6 months in some cases. Most people make a full recovery.

Symptoms can be controlled with:

Complete rest will aid recovery, especially during the first month after symptoms appear. The patient often feels too tired and too unwell to continue with their regular routine. As the person recovers, light exercise may help them regain muscle strength.

This will help prevent dehydration, especially if there is a fever. A sore throat can make it hard to swallow, but it is important to consume enough fluid.

Painkillers, such as ibuprofen or Tylenol (paracetamol) can be bought over-the-counter (OTC) or online. They may help control fever and pain. Aspirin is not suitable for anyone under 16 years of age.

Gargling with salt water or a solution from the pharmacy may help relieve a sore throat.

If the tonsils are very inflamed or breathing is difficult, a short course of corticosteroids may be prescribed. However, this is not normally recommended.

Most EBV infections occur during early childhood. When infection occurs, the immune system produces antibodies to fight the virus.

EBV infection does not always lead to glandular fever, and there may be few or no symptoms.

After infection, the virus will remain in the body for life, lying dormant in a number of throat and blood cells. The antibodies provide lifelong immunity, and glandular fever rarely comes back a second time.

Sometimes, however the virus becomes active again. This can occasionally cause symptoms, especially in a person with a weakened immune system.

A person who is infected with EBV during the teenage years or early adulthood is more likely to develop glandular fever. This is why most cases occur between the ages of 15 and 25 years.

At least 1 in 4 or young adults who are infected with EBV will develop glandular fever.

People can develop glandular fever at other ages, but it is less likely.

How does it spread?

EBV is contagious. It can be passed on through contact with the saliva of a person who has the infection, for example, through coughs and sneezes and when sharing cutlery and crockery, such as cups, plates and spoons.

It can also be passed on through kissing, and it is sometimes called the kissing disease.

A person remains contagious for at least 2 months after initial infection with EBV. Some people can have EBV in their saliva for up to 18 months after infection. If they do not have symptoms, they may not know that they have the infection.

If a person has not been infected with EBV in the past, and they come into contact with infected saliva, they may become sick, even if the other person is not showing symptoms.

First, the virus will infect the lining of the inside of the throat. Then, a type of white blood cells known as B lymphocytes can spread the infection to other parts of the body, including the liver and spleen.

A person can spread EBV if they have the infection, even if they have no symptoms. If the virus reactivates, it can also spread to others, however long it is since the original infection.

Other causes of glandular fever

Glandular fever may also be caused by cytomegalovirus (CMV) and rubella, or German measles. Similar symptoms may also appear in cases of toxoplasmosis, a parasitic infection.

Non-EBV causes of glandular fever may harm a fetus or embryo. A woman who becomes infected with any of these conditions during pregnancy may need special treatment with antibiotics and antibodies. 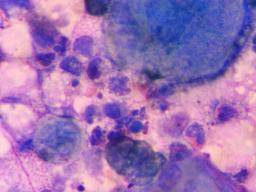 The doctor will carry out a physical examination to detect swollen lymph nodes and to assess the tonsils, liver, and spleen.

If the physician suspects glandular fever, they may order some tests.

There may also be tests for liver function.

If a woman is pregnant, tests can show whether rubella or toxoplasmosis are present. EBV will not harm a fetus or an embryo.

Complications of glandular fever are rare, but they can be serious.

A person with a damaged spleen should avoid contact sports such as football for 8 weeks after having glandular fever.

Secondary infections are rare, but they are a risk for patients with weakened immune systems.

Studies have found that between 9 and 22 percent of patients continue to experience fatigue 6 months after infection.

The fever usually lasts for 10 to 14 days, but fatigue may persist for several months. Most people make a full recovery.

What is mono and should I worry about it? Infectious mononucleosis, also called glandular fever or mono, is a viral disease that spreads through kissing. Early symptoms are similar to those of the Epstein-Barr virus (EBV), the primary virus causing mono. Afterward, there may be an extended period of fatigue. Here, we discuss the virus in more detail. Read now 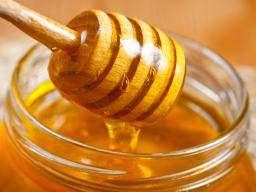 Foods to eat and drink when you have a sore throat Sore throats are common, but they can make it difficult to eat and drink. However, the body will need nutrients to help it heal. Some foods are not only more gentle on the throat, but also contain ingredients with healing properties. Here, we recommend foods to eat and those to avoid. We also look at home remedies. Read now 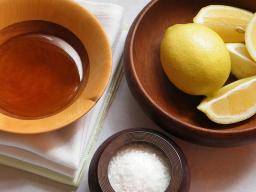 Natural and home remedies for a sore throat A sore throat can result from a viral or bacterial infection, an allergy, irritation, and others. A range of natural remedies can help, from getting plenty of sleep to eating and drinking the right thing. Usually home treatment is enough. Find out more about how to relieve a sore throat, and when to see a doctor. Read now 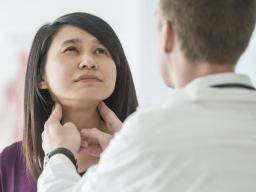 All about mononucleosis, or mono Mononucleosis, otherwise known as mono, glandular fever, or the “kissing disease,” is a common illness, especially among teens and college students. In this article, find out the risk factors for contracting it, the disease’s timeline, its symptoms, treatments, complications, and what you can do to try and avoid it. Read now 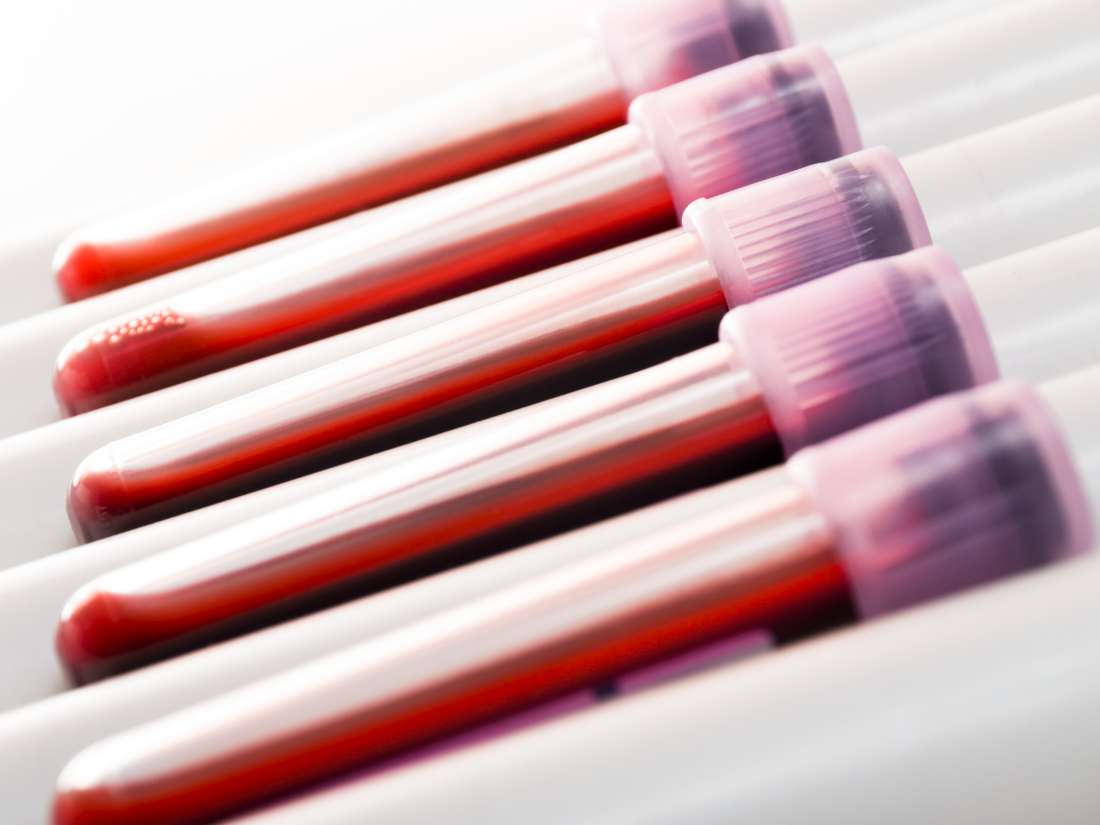 What to know about Epstein-Barr virus testing The Epstein-Barr virus is a type of herpes virus. It is very common, and because the symptoms are quite general, a doctor may order an Epstein-Barr virus blood test to confirm whether or not a person currently has or has had this virus in the past. Read on to learn about the procedure and how to interpret the results. Read now
email email
print
share share
Infectious Diseases / Bacteria / Viruses
Ear, Nose and Throat