Iron overload disorder: All you need to know

The body cannot excrete excess iron, so it stores it in certain organs, notably the liver, heart, and pancreas, which can lead to organ damage. Damage to the pancreas can cause diabetes. Excess iron can, without treatment, also turn the skin a bronze color.

With treatment, people with this condition have a good outlook. Treatments may include drawing blood to reduce the body's iron levels and making dietary changes to reduce iron intake.

In this article, we look at the types, causes, symptoms, and treatment of iron overload disorder.

What are iron overload disorders? 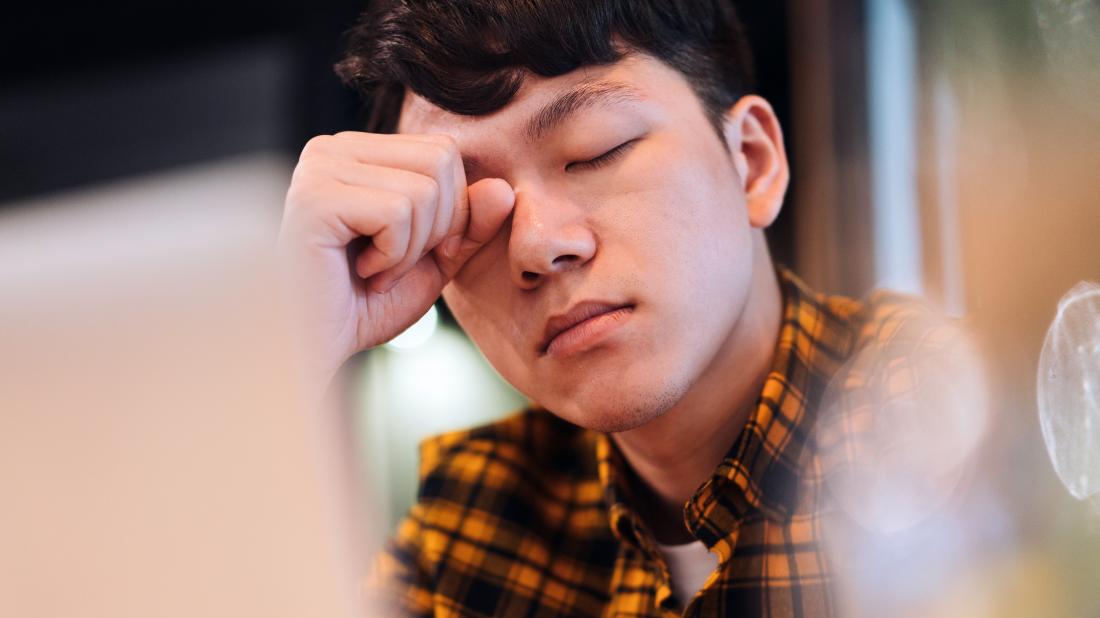 A person with iron overload disorder may experience tiredness and fatigue.

In a healthy body, when the stores of iron are sufficient, the intestines reduce the absorption of this mineral from food and drink to prevent its levels from rising too high.

People with iron overload disorders absorb more iron than usual from food or supplements. The body cannot excrete the extra iron fast enough, so it continues to build up. The body stores it in organ tissue, mainly in the liver, as well as the heart and the pancreas.

There are several types of iron overload disorder. Hereditary hemochromatosis is a primary condition that has a genetic component. People can also have secondary hemochromatosis, which develops as a result of another disease or condition.

There are several types of iron overload disorder, each with different causes:

Hereditary hemochromatosis, which people may also refer to as primary or classic hemochromatosis, is one of the most common genetic conditions in the United States. Not everyone with the condition experiences symptoms.

This condition mostly affects white people. According to a 2018 study, about 1 in 200 Caucasian people in the United States and Australia have hereditary hemochromatosis, and 10–14% of each of these populations carry the genetic mutations.

Hereditary hemochromatosis occurs due to a mutation in a gene called HFE. This gene controls the amount of iron that the body absorbs. Two possible mutations in the HFE gene are C282Y and H63D.

In the U.S., most people with inherited hemochromatosis have inherited two copies of C282Y, one from the mother and the other from the father. A person who inherits just one faulty gene is not certain to develop iron overload syndrome, but they will be a carrier, and they will probably absorb more iron than normal.

If both parents are carriers, there is a 1 in 4 chance that their child will have two faulty genes, one from each parent. However, some people with two copies of the C282Y mutation never experience symptoms.

Some people inherit one C282Y mutation and one H63D mutation. A small proportion of these people will develop hemochromatosis symptoms. Inheriting two copies of H63D is rare, and research has not yet confirmed whether this may increase the risk of hemochromatosis.

Secondary hemochromatosis: The result of a condition

According to the National Heart, Lung, and Blood Institute (NHLBI), secondary hemochromatosis can result from some kinds of anemia, such as thalassemia, or chronic liver disease, such as chronic hepatitis C infection or alcohol-related liver disease.

Juvenile hemochromatosis is an inherited condition that results from defects in a gene called HJV. Iron builds up earlier in life, and symptoms appear between the ages of 15 and 30 years.

Symptoms include diabetes and problems with sexual development. Without treatment, it can be fatal.

In newborns with neonatal hemochromatosis, iron can accumulate so fast in the liver that the infant is either stillborn or does not survive long after birth. Research suggests that the cause is not genetic. It may happen because the mother's immune system produces antibodies that damage the fetal liver.

The following risk factors may increase a person's likelihood of having hemochromatosis:

The signs and symptoms of iron overload disorder are often mild, and a 2019 source reports that in 3 out of 4 cases, people with iron overload show no symptoms.

Signs usually do not appear until middle age or, in females, after menopause. Nowadays, people with hemochromatosis are less likely to develop symptoms because diagnosis tends to take place earlier than it did in the past.

If the condition advances, the main symptoms include:

In time, the following conditions may develop:

Hemochromatosis can be difficult to diagnose from the symptoms as these can overlap with the symptoms of other conditions. A doctor may decide to refer the person to a hepatologist (a liver specialist) or a cardiologist (a heart specialist).

The serum transferrin saturation test measures the amount of iron bound to transferrin — a protein that carries iron in the blood. Saturation values of more than 45% are too high.

The serum ferritin test measures the amount of iron that the body has stored. Knowing these levels helps a doctor diagnose a person and monitor them during treatment.

Doctors need to perform both blood tests, and they may need to repeat them for increased accuracy, as other conditions can also raise ferritin levels.

These are not routine blood tests, and doctors usually only perform them if someone has a parent, child, or sibling with hemochromatosis.

However, people may also undergo these tests if they have any of the following signs, symptoms, and conditions:

In people who consume excessive amounts of alcohol or those who have had many blood transfusions or hepatitis C, the results of these blood tests may suggest iron overload.

These additional tests can help confirm a diagnosis of hereditary hemochromatosis:

If a person receives early diagnosis and treatment, they usually have a normal life expectancy. They should have regular blood tests, though, and treatment typically continues for life.

There are several treatments for iron overload disorders:

Phlebotomy, or venesection, is a regular treatment to remove iron-rich blood from the body.

Usually, this will need to take place weekly until levels return to normal. When iron levels build up again, the person will need to repeat the treatment.

How much blood the doctor takes, and how often, depends on:

Doctors may remove 1 pint of blood once or twice each week in the early stages of treatment. After this, they may remove blood every 2–4 months.

Phlebotomy cannot reverse cirrhosis, but it can improve symptoms, such as nausea, abdominal pain, and fatigue. It may also improve heart function and joint pain.

Iron chelation therapy involves taking oral or injected medicine to remove excess iron from the body. Medications can include a drug that binds the excess iron before the body excretes it.

Although doctors do not tend to recommend this as a first-line treatment for hemochromatosis, it may be suitable for some people.

Without treatment, an accumulation of iron can lead to health complications, such as:

Other complications can include depression, gallbladder disease, and some cancers.

According to the Iron Disorders Institute, some autopsies have revealed that people with neurodegenerative diseases — such as Alzheimer's disease, multiple sclerosis, and epilepsy — had problems with iron levels in the brain.

Iron overload disorders, such as primary hemochromatosis, involve excess levels of iron building up in the body. Without treatment, the condition can cause serious complications, and it can be life threatening.

In 2007, Canadian researchers concluded that hemochromatosis is a "common and relatively simple genetic disease to treat."

With treatment, people can have a normal life expectancy, especially with early diagnosis and effective management. 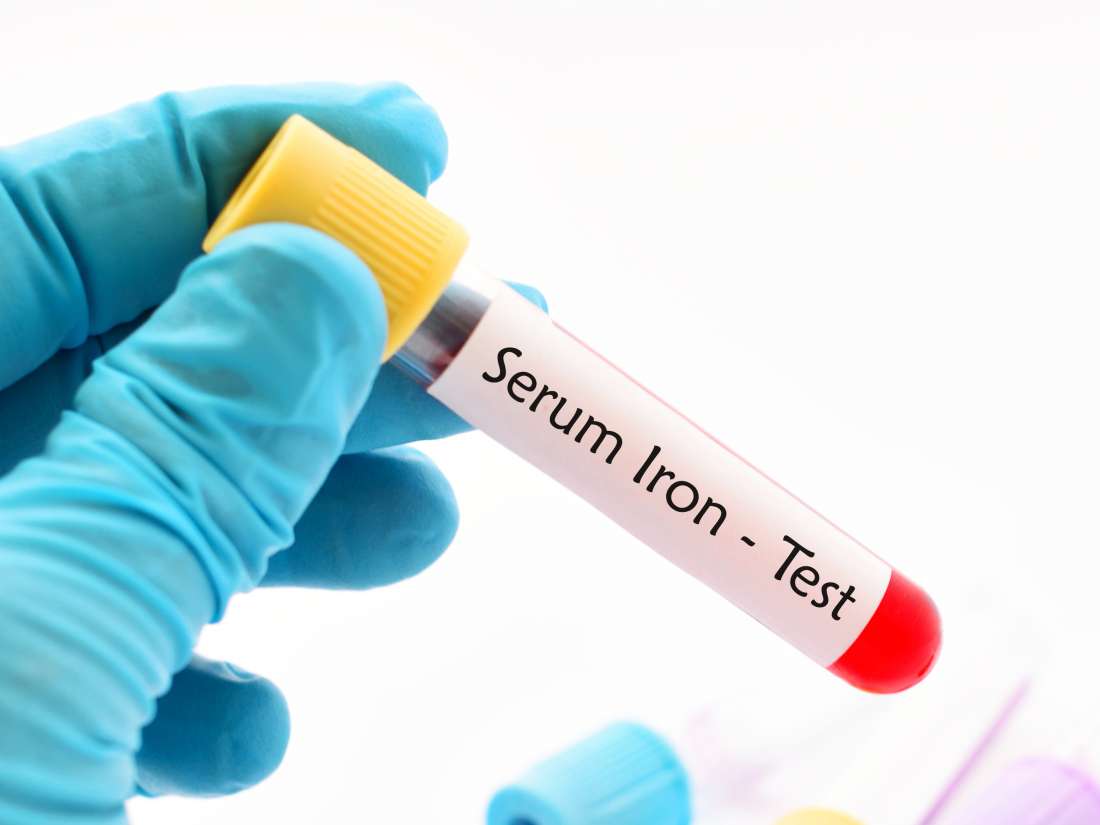 Serum iron test: High, low, and normal ranges A serum iron test can tell doctors whether a person has low, healthy, or high iron levels. Normal levels vary between individuals, but having a result outside the standard ranges may indicate a health problem. Learn the possible causes of an abnormal serum iron test result, and how to treat the underlying conditions. Read now 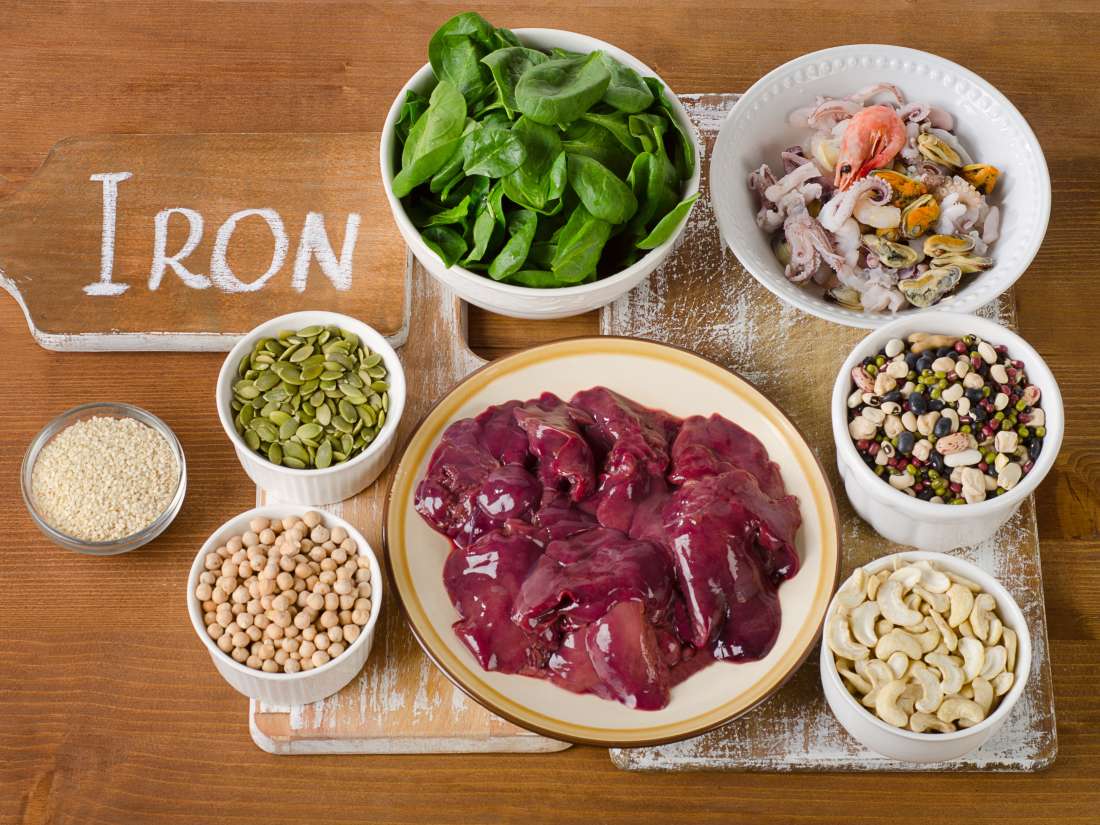 The top 10 high-iron foods Iron is vital for the successful movement of oxygen around the body. A shortage of iron in the diet can lead to iron deficiency anemia and other problems. There are many ways to meet your daily iron requirements without eating the same foods all the time. This article explores the 10 best iron-rich options. Read now 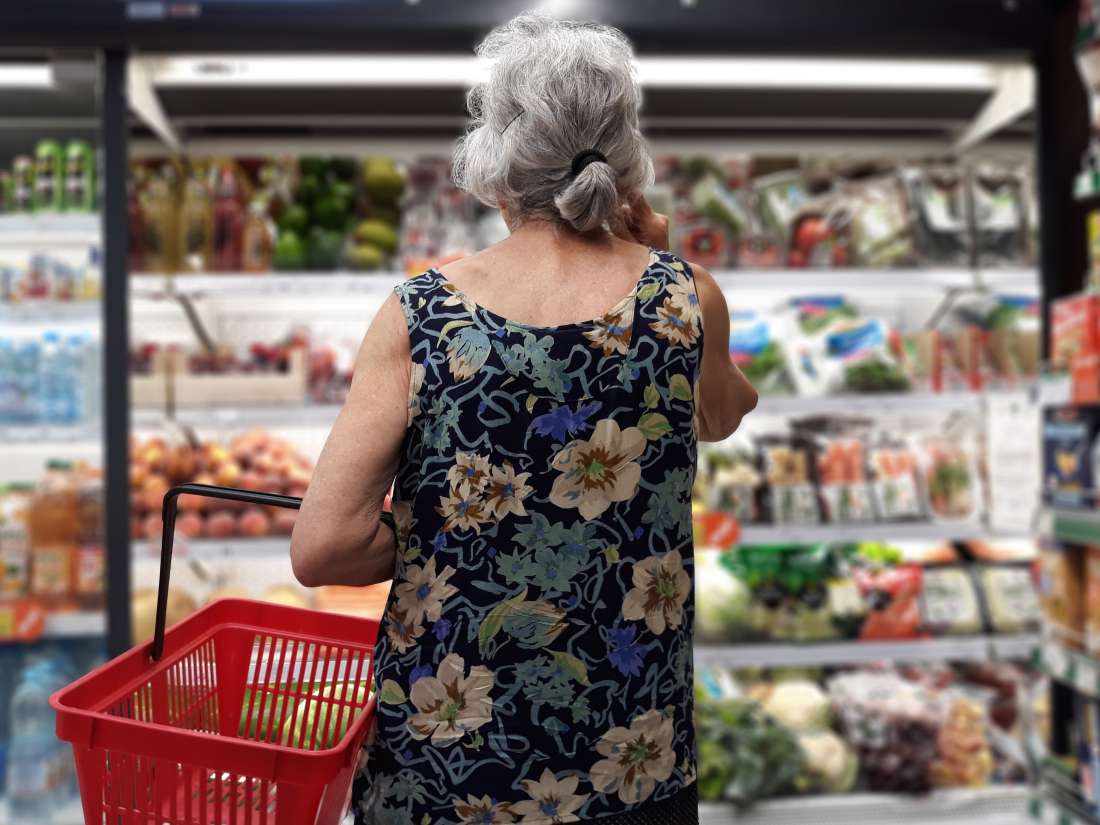 Everything you need to know about iron Find out about the potential benefits of iron including assisting with a healthy pregnancy, helping both mental and physical performance, and preventing anemia. Read now 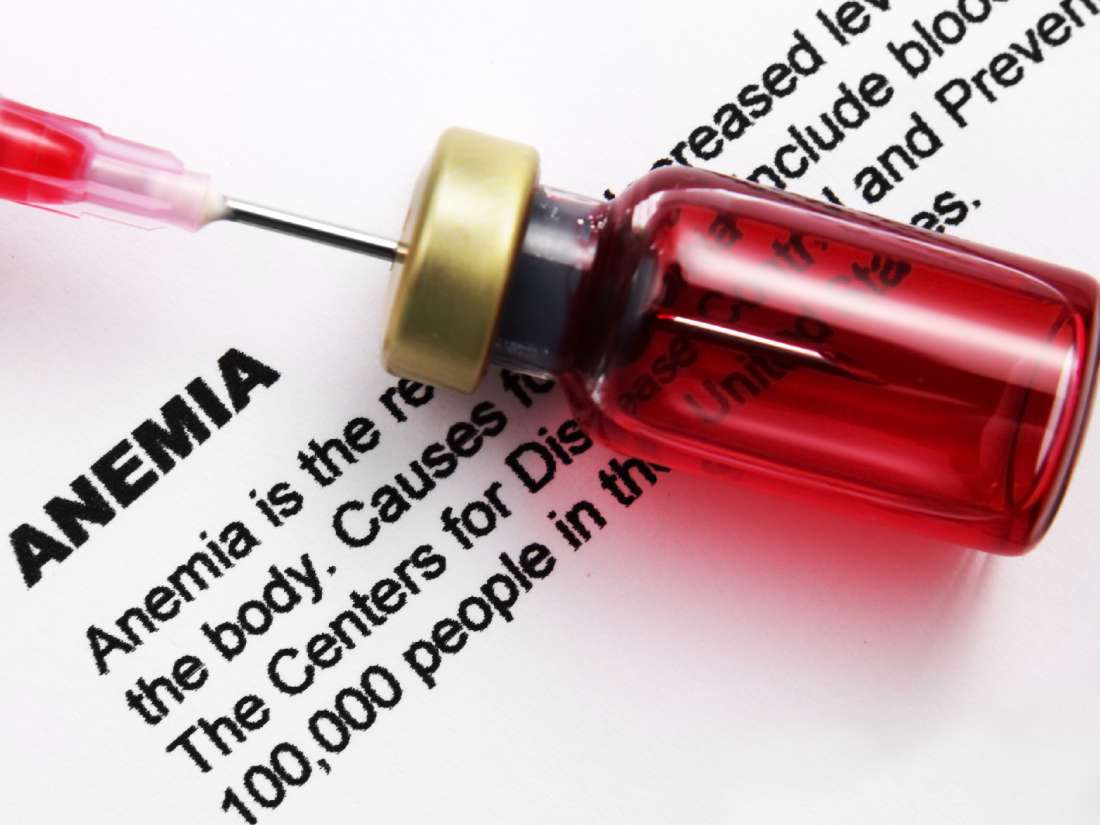 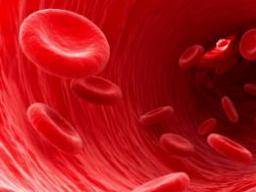 Everything you need to know about anemia Anemia affects more than 3 million Americans and is the most common blood disorder in the world. It occurs when the body does not have enough red blood cells and is unable to deliver enough oxygen to the cells in the body. This article looks at the three leading causes of anemia and what treatments are available. Read now
email email
print
share share
Blood / Hematology