Everything you need to know about ovulation

Part of the ovary called the ovarian follicle discharges an egg. The egg is also known as an ovum, oocyte, or female gamete. It is only released on reaching maturity.

After release, the egg travels down the fallopian tube, where it may be met by a sperm and become fertilized.

Ovulation and hormonal release during the menstrual cycle are controlled by a part of the brain called the hypothalamus. It sends signals instructing the anterior lobe and pituitary gland to secrete luteinizing hormone (LH) and follicle-stimulating hormone (FSH).

It is useful to know when ovulation is likely to occur, as a woman is most fertile during this time, and more likely to conceive. 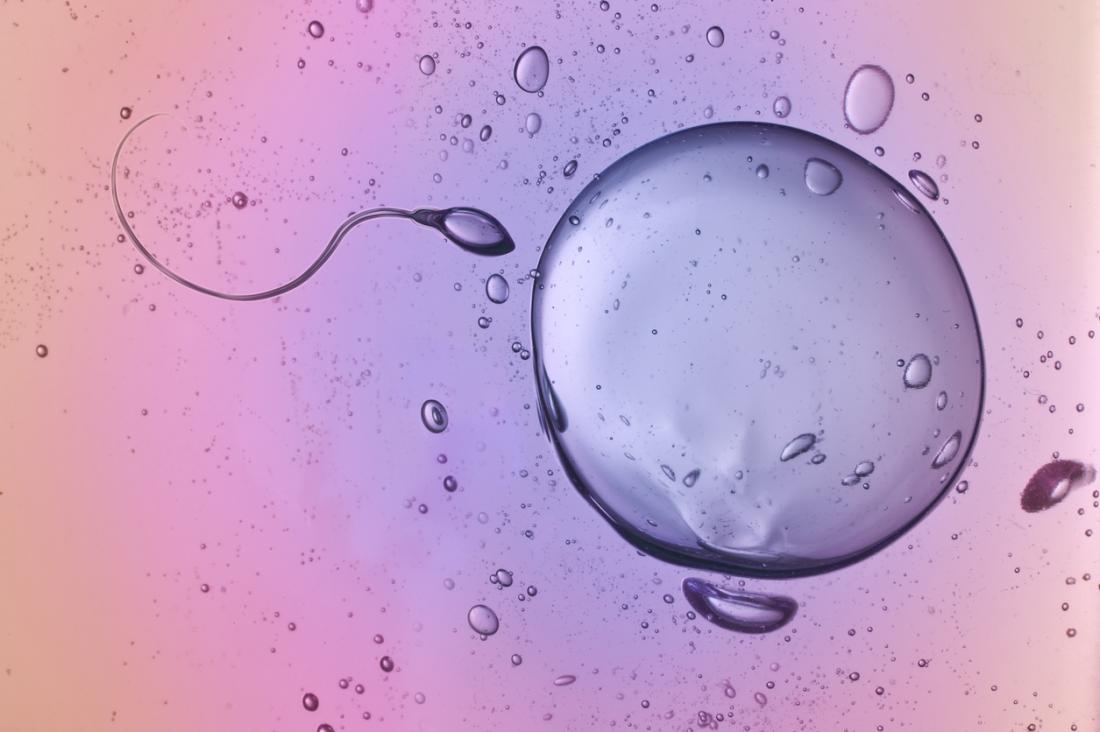 Ovulation is the release of an egg, or ovum, which may then be fertilized by a sperm cell or dissolved during menstruation.

The ovulation process is defined by a period of elevated hormones during the menstrual cycle. It can be divided into 3 phases:

The lining of the uterus also begins to break down and prepares to exit the body during menstruation, or menses.

When does it occur?

A woman's menses lasts on average between 28 and 32 days.

The beginning of each cycle is considered to be the first day of the menses. Release of the egg generally occurs 12 to 16 days before the next period is due.

Most women begin to menstruate between the ages of 10 to 15 years. At the same time, they begin to ovulate and become able to conceive. This is a time referred to as the menarche.

Ovulation typically stops after menopause, between the ages of around 50 to 51 years on average, but it still occurs in the time leading up to menopause. This is referred to as peri-menopause.

There are several indications that a woman is ovulating.

There may also be a slight increase in body temperature. This is driven by the hormone progesterone, which is secreted when an egg is released. Women are generally most fertile for 2 to 3 days before the temperature reaches its maximum.

A basal thermometer can be used to track the subtle temperature increase. These can be purchased online or at most drug stores.

Some women feel a mild ache or pang of pain in the lower abdomen. This is called Mittelschmerz pain. It may last between a few minutes and a few hours.

Finally, ovulation predictor kits, available from drug stores, can detect the increase in luteinizing hormone (LH) in the urine just before ovulation. 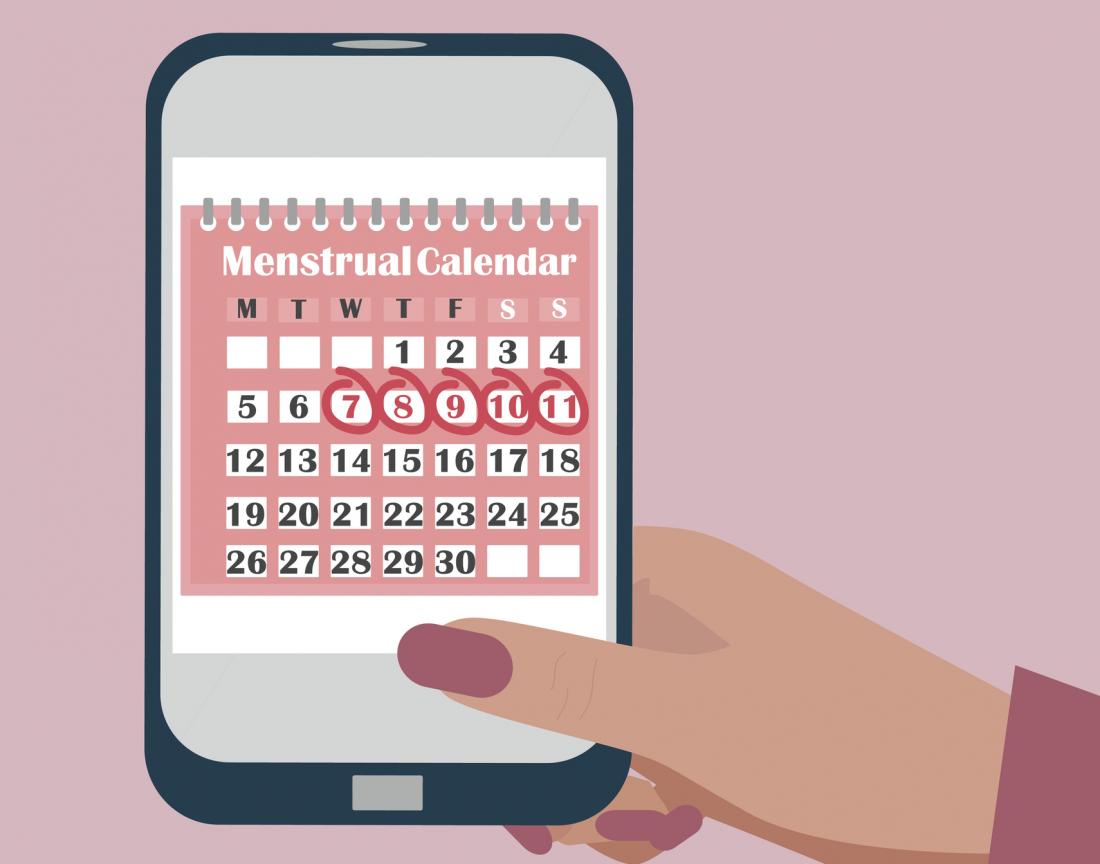 There are apps and websites that can help to predict when ovulation will occur, increasing the chances of conception.

An ovulation calendar is designed to help a woman predict when she will be most fertile.

Several websites and apps exist that assist this process by asking questions such as:

It is generally useful for women to record or chart menstrual information for entry into the calendar. Keeping track of the menstrual cycle can also be key for highlighting any irregularities.

Issues with the ovulation process can lead to infertility or difficulty conceiving.

A woman with polycystic ovarian syndrome (PCOS) has enlarged ovaries, often with small, fluid-filled cysts on them. It can lead to a hormone imbalance that can disrupt ovulation.

Other symptoms can include insulin resistance, obesity, abnormal hair growth, and acne.

PCOS is the leading cause of infertility in women.

This happens when the production of the FSH and LH hormones is disrupted. These are the hormones that stimulate ovulation. This can affect the menstrual cycle.

Irregular menstrual cycles and amenorrhea, which means not menstruating at all, are common.

Excessive exercise, low body weight, and tumors of the hypothalamus can also lead to hypothalamic dysfunction.

This is when egg production stops prematurely, due to a drop in estrogen levels.

It can be due to an autoimmune disease, genetic abnormalities, or environmental toxins.

It typically affects women before the age of 40 years.

In certain situations, such as the use of medication or an abnormality in the pituitary gland, which produces hormones, women can produce excessive amounts of prolactin.

This, in turn, can cause a reduction in estrogen production.

Excess prolactin is a less common cause of ovulatory dysfunction.

Ovulation can be induced by fertility drugs.

These medications are known to regulate or trigger ovulation. Doctors may prescribe the following to treat anovulation, or the cessation of ovulation.

Brand names are included in brackets.

Be aware that taking fertility drugs can increase your chances of having twins or triplets. The above may trigger side effects, including:

If these become severe, a doctor may be able to suggest other options. 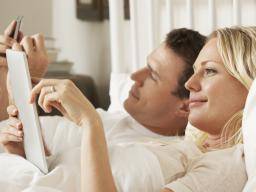 The best apps for fertility Whether you want to get pregnant or prevent pregnancy, there are many fertility apps on the market to fit your needs. MNT reveal ten of the best apps. Read now 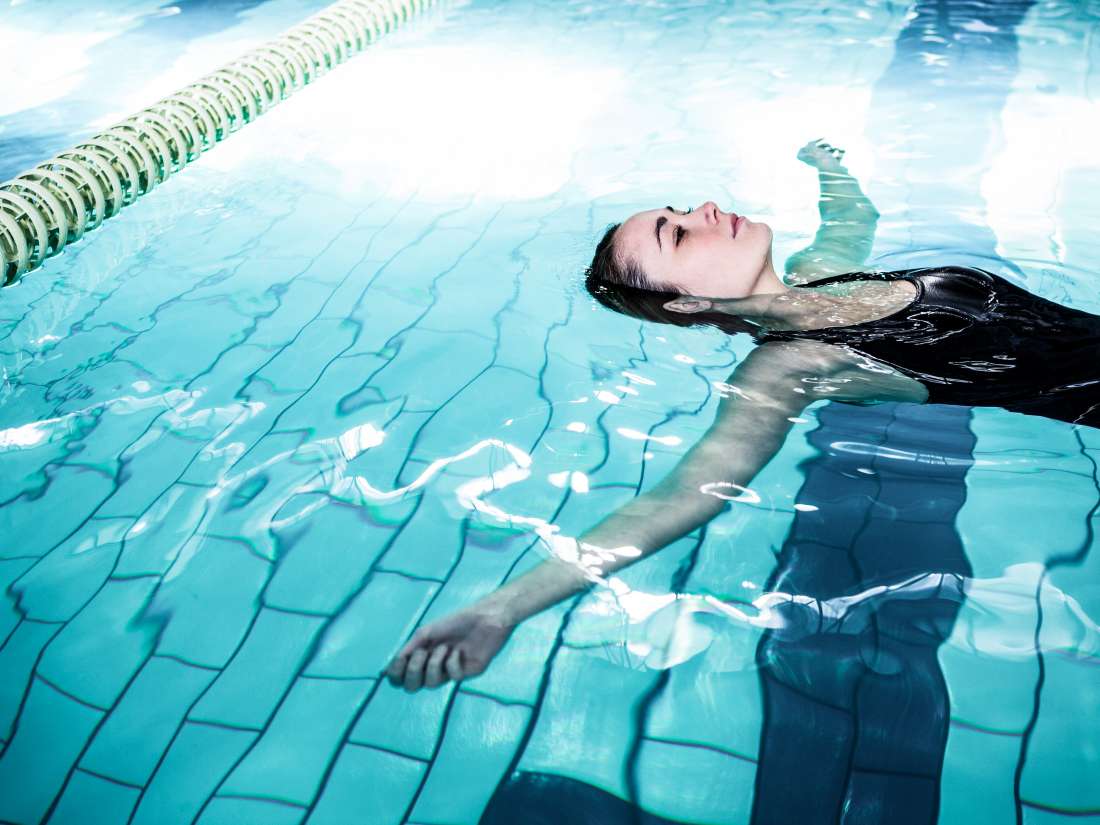 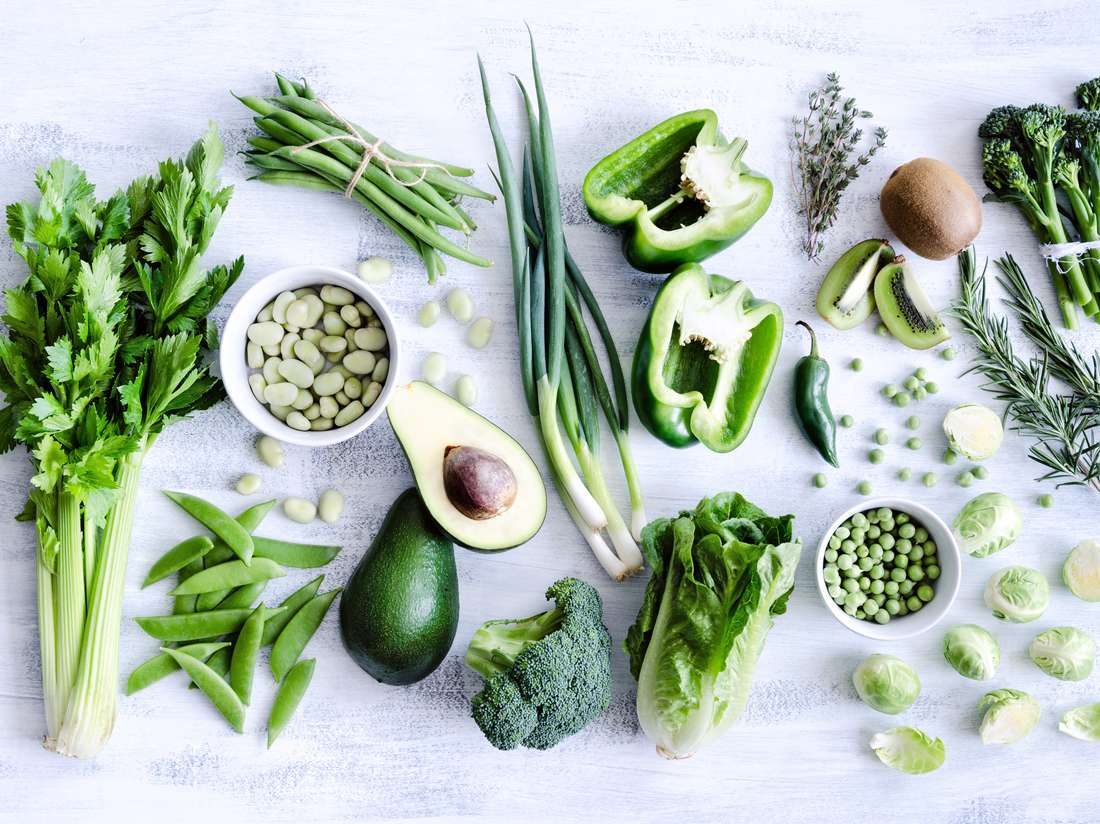 Which foods to eat and avoid during pregnancy During pregnancy, the diet must be balanced and nutritious. This will ensure that the body is healthy enough to handle the changes of pregnancy. The right diet will also help the baby to develop properly. We explore guidelines and more. Here, learn about weight gain, supplements, foods to avoid, and the role of iron. Read now 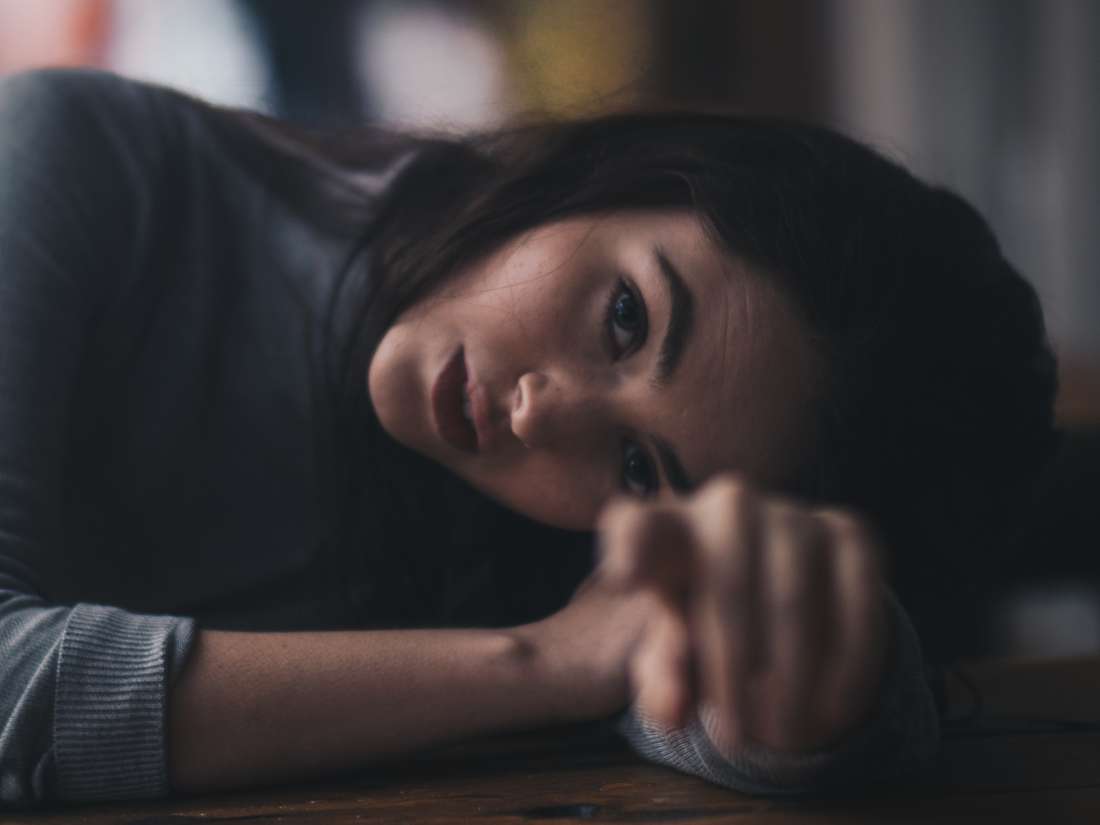 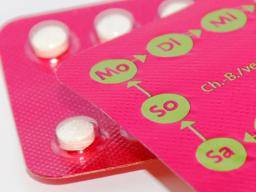 Can you get pregnant right after stopping the pill? The pill prevents pregnancy, but what happens when you stop using it? This article looks at how soon you can become pregnant after stopping the pill. Find out more about how the pill works, what research says about stopping, and who is most likely to conceive as soon as they stop taking the pill. Read now
email email
print
share share
Fertility
Women's Health / Gynecology

All about menstruation. (2013, September). Retrieved from http://kidshealth.org/en/kids/menstruation.html

Cervical mucus and your fertility. (2017, February 3). Retrieved from http://americanpregnancy.org/getting-pregnant/cervical-mucus/

Infertility medications. (2017, May 16). Retrieved from http://americanpregnancy.org/infertility/infertility-medications/

Ollendorf, A. (2008, December 8). Pregnancy: The menstrual cycle and ovulation. Retrieved from http://www.netwellness.org/healthtopics/pregnancy/pregmenstrualcycle.cfm

What is menopause? (n.d). Retrieved from http://www.epigee.org/menopause/overview.html