What to know about endometriosis

It occurs when endometrial implants, comprised of tissue normally found within the uterus, are present in other areas of the body.

As the tissue continues to thicken, break down, respond to menstrual cycle hormones, and bleed during the menstrual cycle, endometriosis forms deep inside the body.

Scar tissue and adhesions form, and this can cause organ fusion and anatomical changes.

Endometriosis is thought to affect around 11 percent of women in the United States aged between 15 and 44 years.

Here are some key points about endometriosis. More information is in the main article. 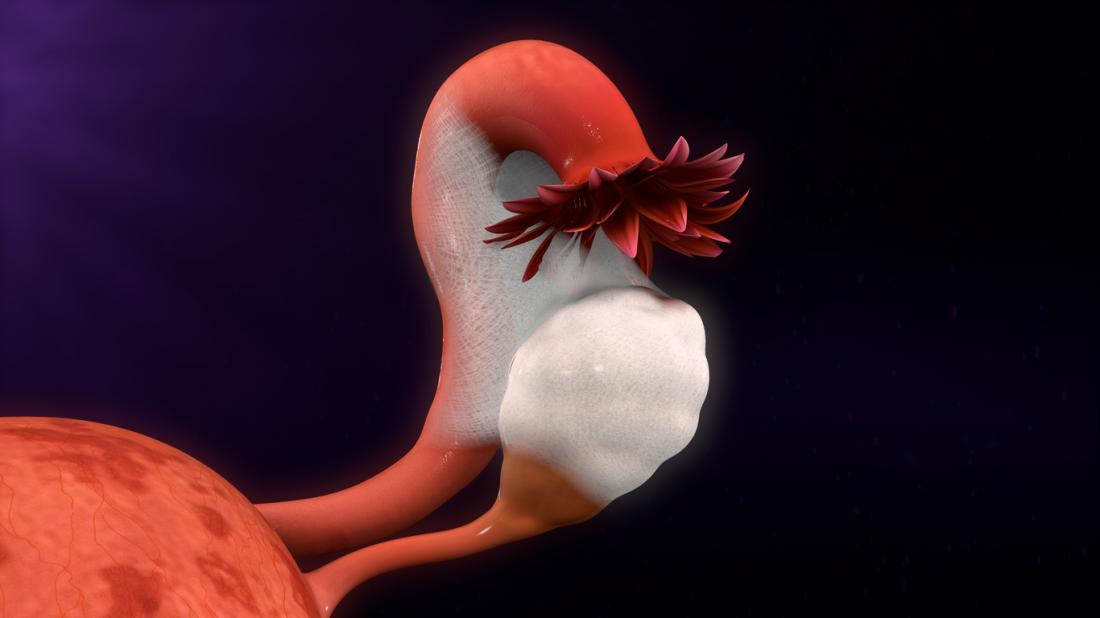 Endometriosis sees the endometrial implant tissue, normally found in the uterus build up in other parts of the body.

Endometrial tissue consists of gland, blood cells, and connective tissue. It normally grows in the uterus, to prepare the lining of the womb for ovulation.

Endometrial implants are buildups of endometrial tissue that grow in locations outside the uterus.

When they grow outside the uterus, this is called endometriosis.

They can develop anywhere in the body, but they usually occur in the pelvic area.

Normally, this tissue is expelled during menstruation, but displaced tissue cannot do this.

This leads to physical symptoms, such as pain. As the lesions grow larger, they can affect bodily functions. For example, the fallopian tubes may be blocked.

The pain and other symptoms can affect different areas of life, including the ability to work, medical care costs, and difficulty maintaining relationships.

Other medical conditions such as pelvic inflammatory disease (PID), ovarian cysts, and irritable bowel syndrome (IBS) can mimic the symptoms of endometriosis.

Symptoms of endometriosis include:

Pain is the most common indication of endometriosis, but the severity of the pain does not always correlate with the extent of the disease.

Pain often resolves following menopause, when the body stops producing estrogen production. However, if hormone therapy is used during menopause, symptoms may persist.

It is important to see a health care provider about symptoms, to avoid future complications. 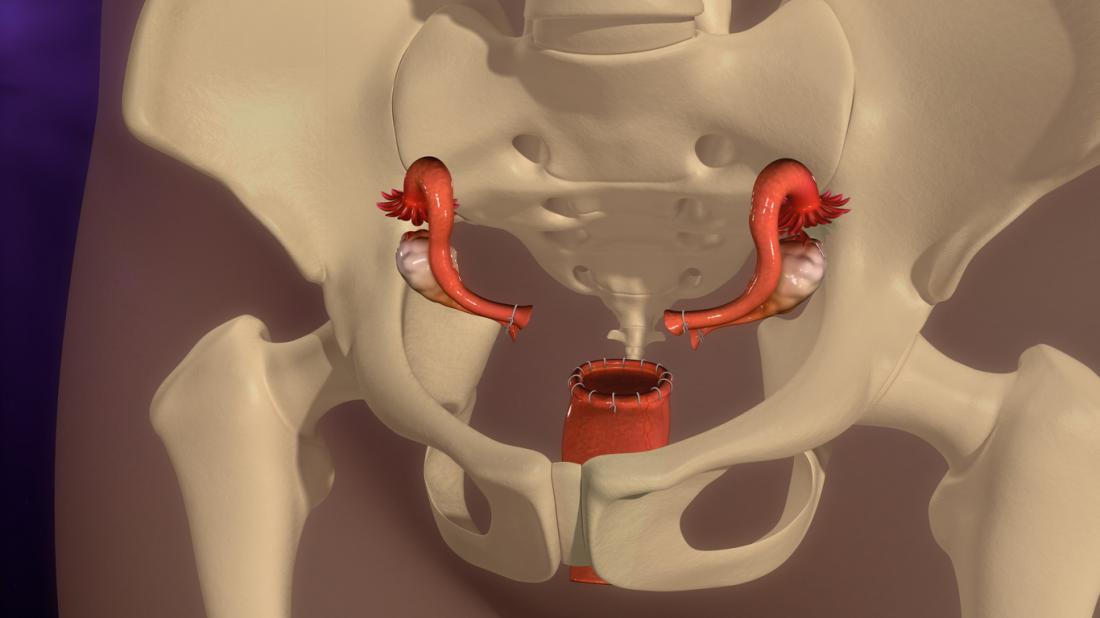 A hysterectomy, or the removal of the uterus, will be considered when all other avenues of treatment have been exhausted.

Surgery is possible, but it is normally considered only if other treatments are not effective.

Pain medications: Either over-the-counter (OTC) nonsteroidal anti-inflammatory drugs (NSAIDs) such as ibuprofen (Advil, Motrin IB, others) or prescription drugs for the treatment of painful menses.

Hormones: Treatment may be with hormonal therapies such as hormonal birth control, Gonadotropin-releasing hormone (Gn-RH) agonists and antagonists, Medroxyprogesterone (Depo-Provera) or Danazol. Placement of an intrauterine device (IUD) may also be recommended.

Surgery: Initial surgery will seek to remove the areas of endometriosis, but a hysterectomy with removal of both ovaries may be necessary.

Fertility treatment: Pregnancy may be recommended via in-vitro fertilization (IVF).

Complementary and alternative treatments may include acupuncture, chiropractic, and herbal medicine, but there is little evidence to show that these are effective.

Avoiding caffeine may help to reduce pain, as caffeine can worsen symptoms.

Exercise, such as walking, may reduce pain and slow the progress of the condition by reducing estrogen levels.

It is important to monitor symptoms, because of the long-term complications of endometriosis. Intolerable pain or unexpected bleeding should be reported to a doctor.

Although there is currently no cure for endometriosis, most women are able to relieve the pain of symptoms and will still be able to have children.

Diagnosis can be challenging because there is no single test for evaluation.

The only way to truly confirm the condition is by undergoing a surgical laparoscopy.

A surgical laparoscopy is a minimally invasive procedure in which a thin, lighted tube with a miniature camera attached, called a laparoscope, is inserted through a small incision in the pelvic area.

A diagnosis can be categorized as follows:

It can take many years to receive a diagnosis.

Other possible diagnostic strategies include a pelvic exam, radiologic imaging with ultrasound or magnetic resonance imaging (MRI), and the use of certain medications including birth control or gonadotropin releasing hormone (GnRH) agonists.

Dietary steps have been suggested for managing the pain and effects of endometriosis.

A 2004 study suggests that a brown seaweed called bladderwrack may have an estrogen-reducing effect in women. This can reduce the growth rate of endometriosis.

One author presented a case study using a diet low in short-chain-fermentable carbohydrates to reduce the symptoms of endometriosis. This diet has been shown to work on IBS and since it is often found with endometriosis, then perhaps the diet would be effective for those with only endometriosis.

More research is needed, but there is little harm in trying this approach.

Dairy products were also shown to reduce the risk of endometriosis, although these results were not statistically significant.

Eating yogurt, sauerkraut, and pickles or finding a good source of probiotics may help reduce gastrointestinal symptoms and cause increased digestive activity.

Avoiding caffeine may help to reduce pain, as caffeine can worsen symptoms. 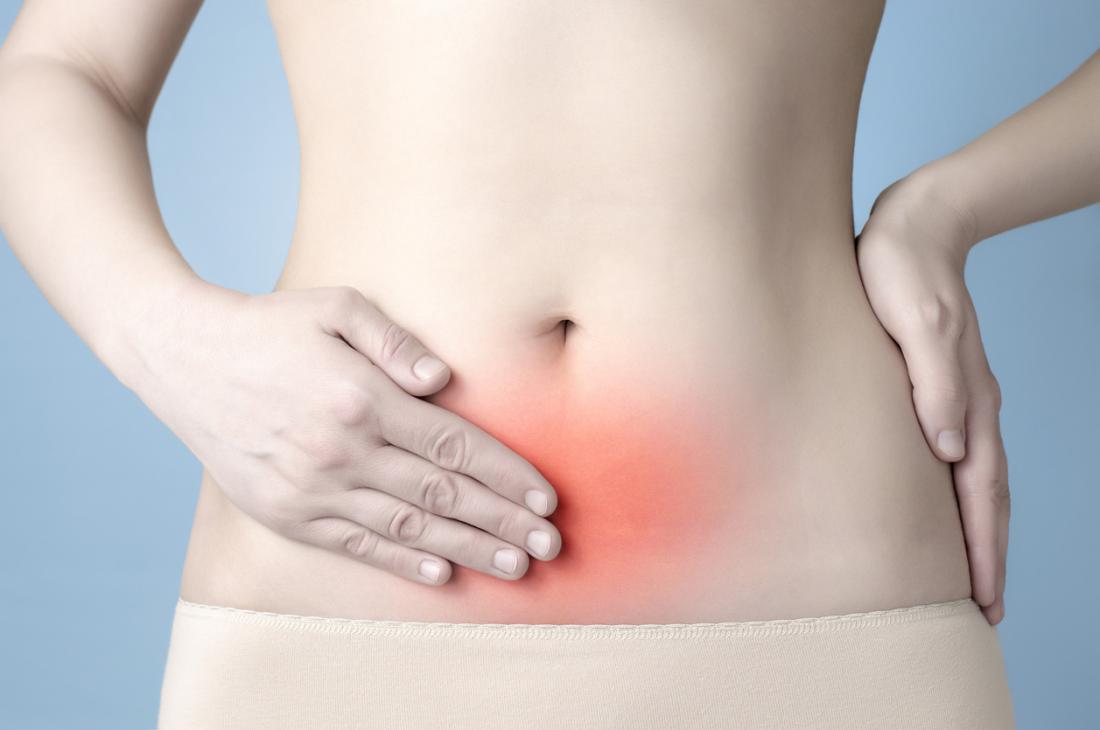 Endometriosis can lead to painful cramps in the pelvis, but doctors do not understand its exact cause.

The exact cause of endometriosis is not currently fully understood.

Problems with menstrual flow: Menstrual blood enters the fallopian tubes and the pelvis instead of leaving the body in the usual way.

Embryonic cell growth: At times, embryonic cells lining the abdomen and pelvis develop into endometrial tissue within those cavities.

Fetal development: Data show that endometriosis can be present in a developing fetus, but pubertal estrogen levels are thought to trigger the symptoms.

Surgical scar: Endometrial cells can move during a procedure such as a hysterectomy or c-section.

Genetics: There may be an inherited component. A woman with a close family member who has endometriosis is more likely to develop endometriosis herself.

Hormones: Endometriosis is stimulated by the hormone estrogen.

Immune system: Problems with the immune system can prevent the destruction of extrauterine endometrial tissue.

Anyone can develop endometriosis, but some risk factors increase the risk.

Some health conditions have been linked to endometriosis. These include allergies, asthma, and some chemical sensitivities, some autoimmune diseases, chronic fatigue syndrome, and ovarian and breast cancer.

Researchers have found links between endometriosis and exposure to certain chemicals, including phthalates. 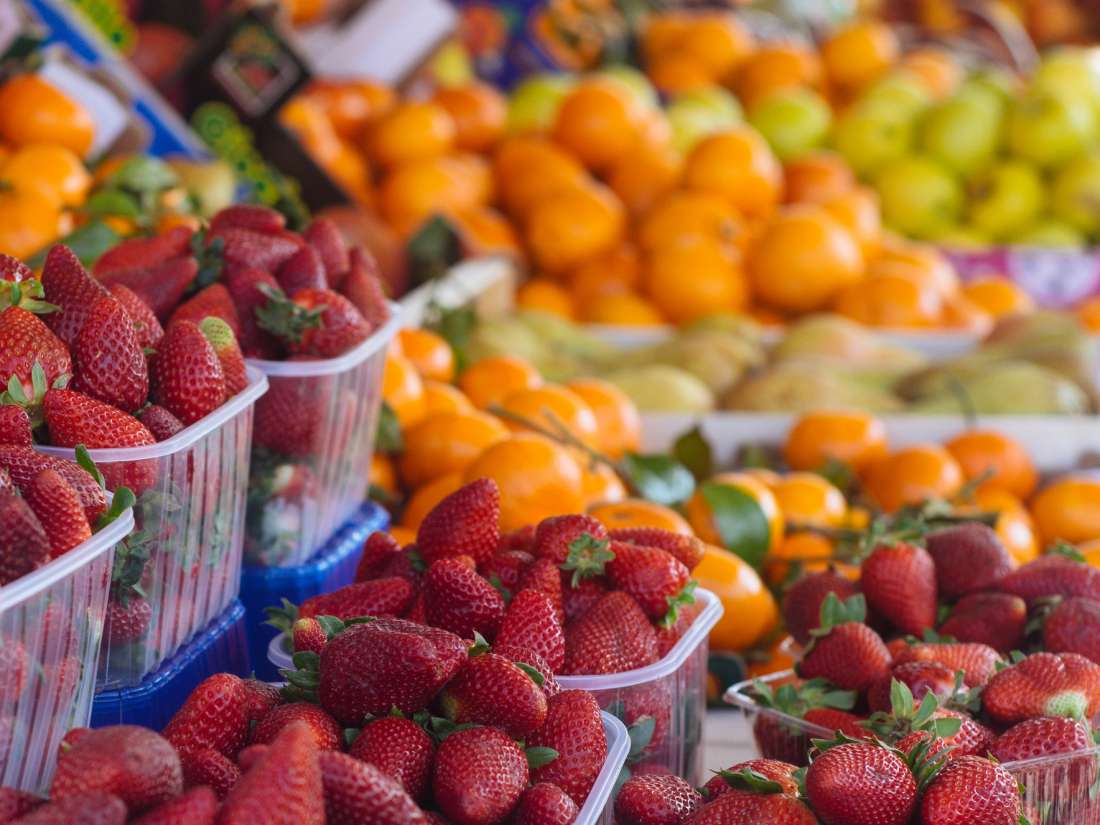 What should you eat if you have endometriosis? The relationship between a person’s diet and symptoms of endometriosis are still being investigated. However, including more fruits, vegetables, and omega-3 in the diet may help prevent endometriosis or worsening symptoms. A person should avoid caffeine and alcohol. Learn more about which foods to eat and avoid here. Read now 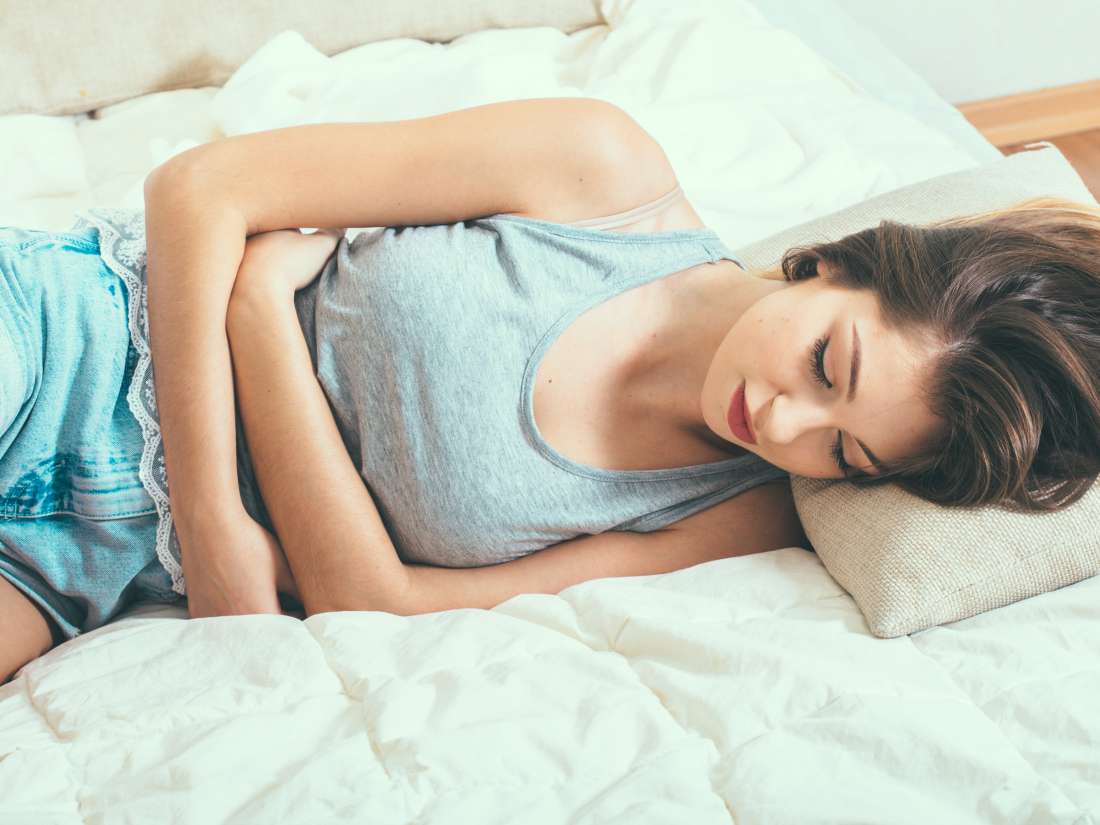 What to know about endometritis Endometritis is an inflammation of the uterus lining, also called the endometrium. An infection from childbirth, surgery, or an STI, such as chlamydia, are among the causes. This condition is different from endometriosis, but it may also affect pregnancy. It is treatable using antibiotics and possibly surgery. Read now 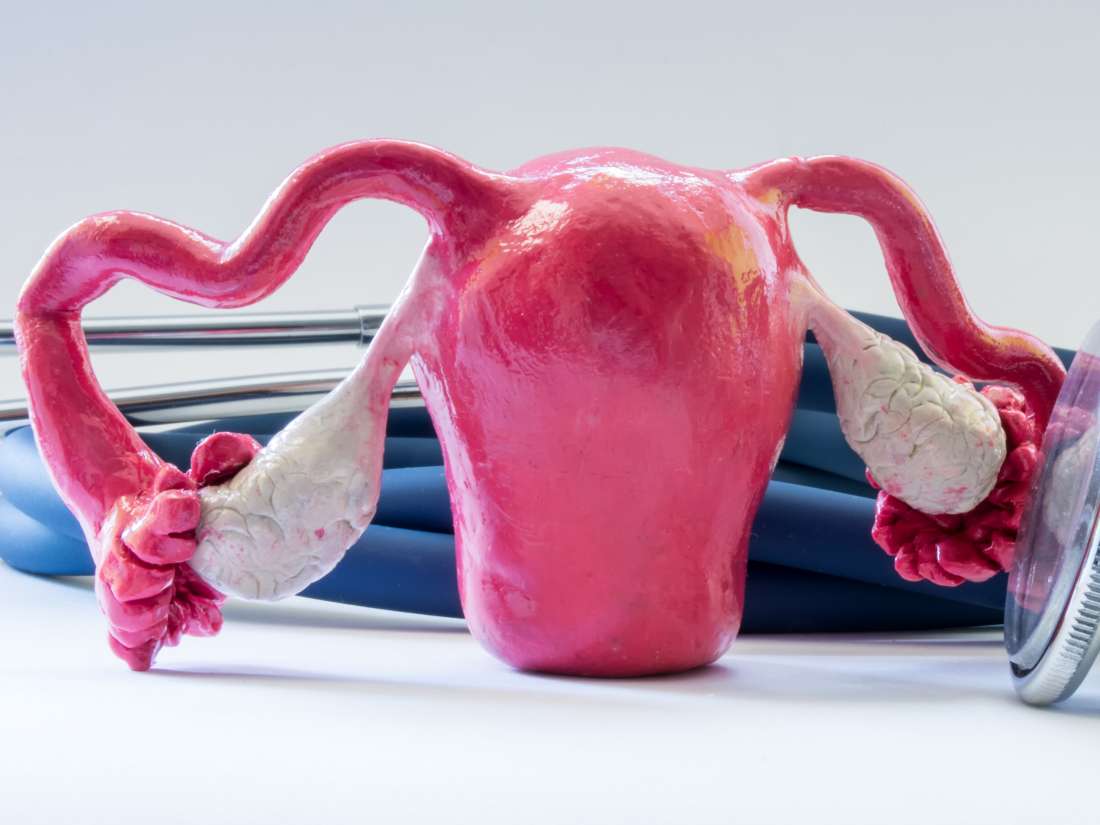 What to know about adenomyosis Adenomyosis is a condition where cells from the uterus lining grow into the uterus muscle. It is related to endometriosis and has similar symptoms, such as heavy, painful periods. Diagnosis involves ultrasound, MRI scans, or a biopsy. Treatment is not always necessary but can include hormonal therapy or hysterectomy. Read now 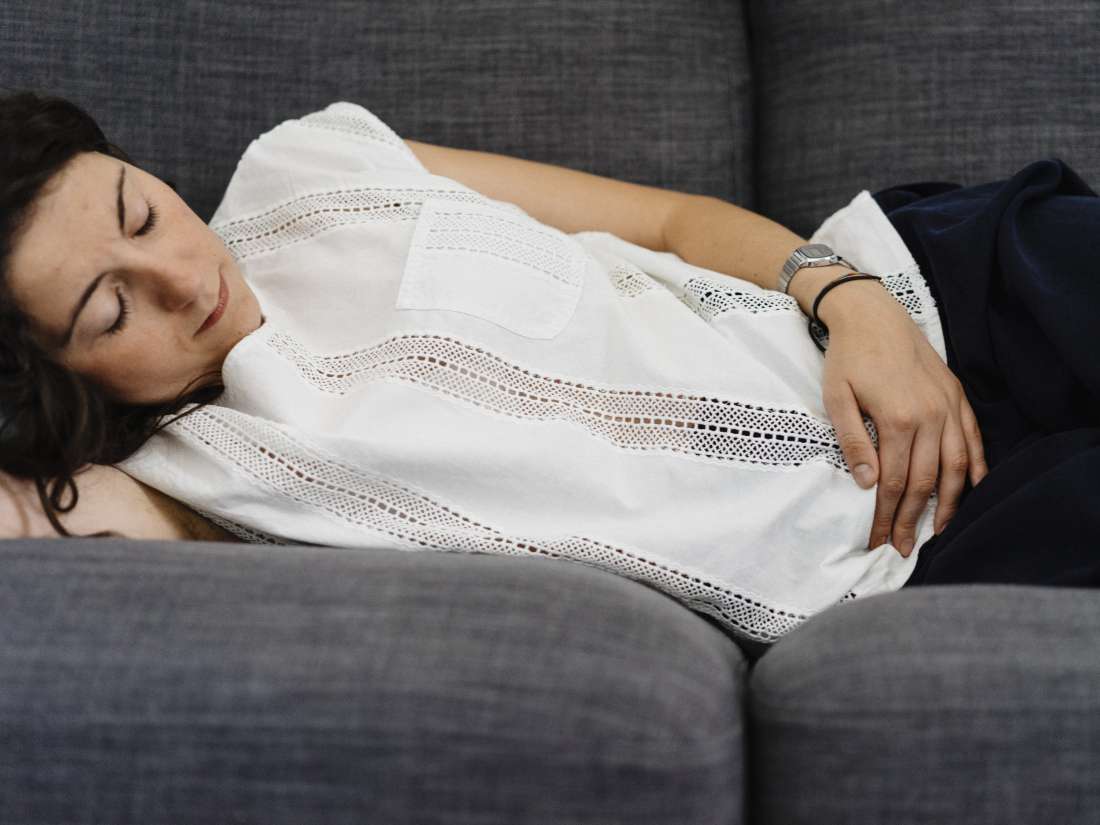 What causes pelvic pain? A wide range of infections and underlying conditions can cause pelvic pain, most of which are treatable. Learn about the possible causes of pelvic pain here, as well as when to see a doctor. Read now 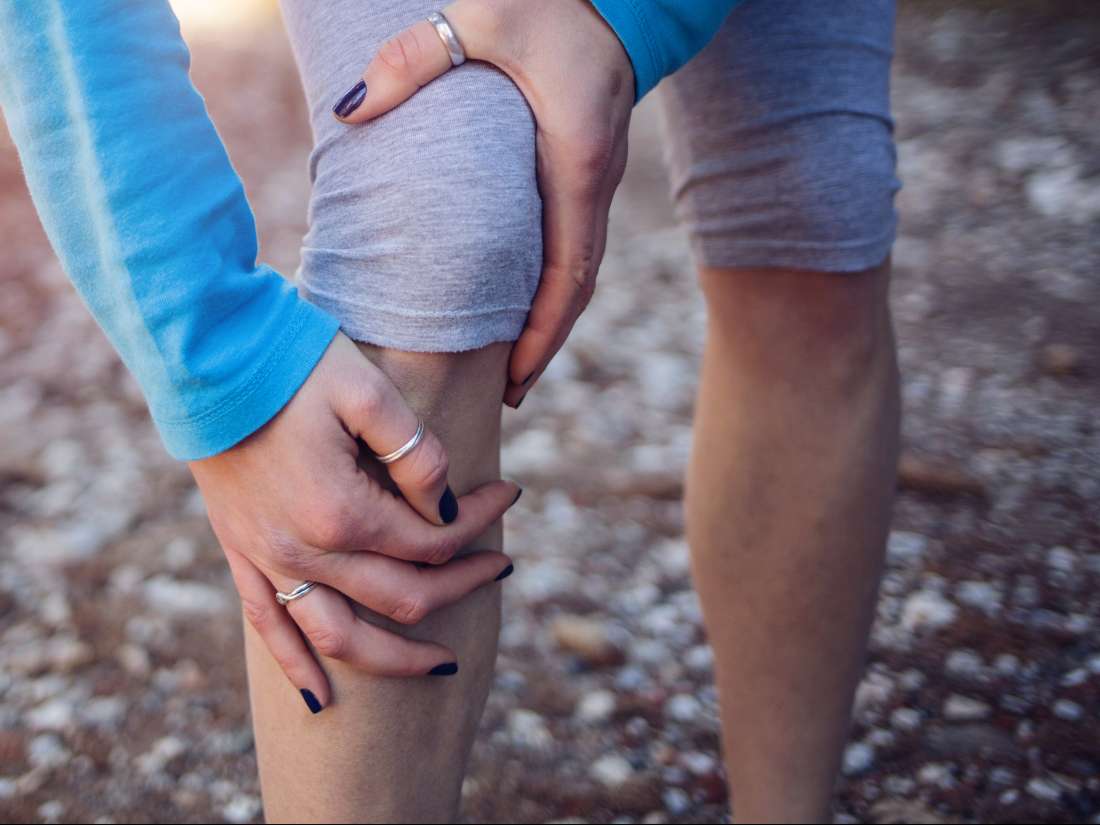 Can endometriosis cause leg pain? Leg pain related to endometriosis may be more common than previously thought, affecting around 50 percent of people with endometriosis. It can also cause hip and back pain. The pain may be related to sciatica, as the growths can affect the sciatic nerve. Treatments include exercises, medications, and diet changes. Read now
email email
print
share share
Endometriosis
Women's Health / Gynecology

Johnson, E. (n.d.). Laparoscopy: before and after tips. Retrieved from http://endometriosis.org/resources/articles/laparoscopy-before-and-after-tips/

What is endometriosis? (2015, July 2). Retrieved from http://www.nmihi.com/e/endometriosis.htm