Researchers have narrowed down the conditions in metastatic colorectal cancer (mCRC) where treatment with the targeted biologic therapy Erbitux (cetuximab) is most likely to succeed. Results from two studies presented this month at the European Society for Medical Oncology (ESMO) congress in Stockholm, Sweden, showed that patients with a specific but common genetic make-up in their tumours, and whose cancer-spread was confined to the liver, have a greater than 75 per cent chance of going on to potentially curative surgery. If secondary tumours shrink sufficiently with therapy they can be removed surgically; and when a surgeon is able to remove all traces of tumours - by no means an easy feat to accomplish - patients are technically cured and go on to live many years. Oncologists use the term 'cure' reservedly knowing cancers can sometimes recur years later but historically, at least one in five patients who has had all their cancer removed is still alive well after 10 years.

Within the last few years, scientists have discovered that KRAS genes influence a protein that plays a role in cancer cell growth and proliferation. The wild-type KRAS gene is activated by growth factors that bind to the epidermal growth factor receptor (EGFR) on the surface of tumour cells. When EGFR inhibitors like Erbitux block the receptors, wild-type KRAS gene activity is turned off. But mutant KRAS genes are persistently in an activated form and so cannot be "turned off" by EGFR inhibitors. As a result, they carry on stimulating cancer growth regardless because they do not need the EGFR to dictate their activity. Tumours with mutant KRAS genes may not respond to Erbitux but they are still receptive to chemotherapy and research is in progress to develop drugs which will boost the efficacy of chemotherapy for these tumour types.

New data were presented at ESMO from the large randomised phase III trial CRYSTAL where first-line therapy with Erbitux and FOLFIRI chemotherapy was compared against FOLFIRI alone in 1198 patients with mCRC. The trial originally took no account of whether or not patients' tumours had wild-type or mutant KRAS genes. Now the researchers have gone back to analyse tumour samples and have been able to see that roughly two thirds had wild-type, and one third, mutant KRAS genes. By comparing the treatment outcomes of patients with wild-type KRAS against those with mutant KRAS, they have been able to gauge just how important the KRAS factor is.

Those with the wild-type KRAS gene, who received additional Erbitux with their chemotherapy, were more likely to respond well, were less likely to see their cancer get worse, and were more often able to undergo complete surgical removal of their metastases than people who did not receive the drug. As a group they lived longer than people who did not add Erbitux to chemotherapy. People with the mutant KRAS gene did less well regardless of whether they received Erbitux with their chemotherapy or not.

In the CRYSTAL trial, 540 (45%) of the original 1198 people participating had tumour tissue samples that could be evaluated for KRAS status. Two thirds of these, 346 (65%), had KRAS wild-type genes and one third (35%), mutant KRAS. Of patients with the mutant KRAS gene 40% responded to FOLFIRI chemotherapy treatment, ie, their tumours shrank, but adding Erbitux did not increase the response rate. Of the patients with wild-type KRAS, however, 59% responded to Erbitux and FOLFIRI overall compared to 43% who received FOLFIRI alone. More impressively, of those with wild-type KRAS and tumours confined to the liver, 77% had a response to Erbitux and FOLFIRI, compared to 50% who responded to FOLFIRI alone. Lead investigator Professor Eric Van Cutsem of Gasthuisberg University Hospital, Leuven, Belgium said: "This is a very high response and is potentially important because it means 3 out of 4 people might be able to shrink their tumours sufficiently for them to be resected (surgically removed) and for some this can lead to cure."

The second study at ESMO was CELIM, a phase II study of 111 patients with mCRC who had either large secondary liver tumours or five or more liver tumours that were initially inoperable. In this study all patients received first-line Erbitux but were randomised to receive one of two different chemotherapy regimens in addition - FOLFOX6 or FOLFIRI - both of which proved very effective, according to the investigators. When these patients' tumours were analysed for KRAS gene status, 70% were found to have the wild-type KRAS.

Interim results of CELIM were presented at ESMO by lead investigator Dr Gunnar Folprecht of University Hospital Carl Gustav Carus, Dresden, Germany. Overall, 75% of patients responded to treatment and 42% shrank their tumours sufficiently to undergo surgery, he reported. Of these 35% were left with no residual cancer. In the patients with wild-type KRAS, 79% responded to treatment, 43% were able to undergo surgery and 34% had all traces of cancer removed. "The especially interesting findings of this study were the very high response rates, the good outcome in terms of resectability and the short time it took before patients were able to undergo surgery," he commented. Patients had only 8 cycles of therapy before being evaluated for surgery. If their tumours had not shrunk sufficiently they continued on treatment. But most patients needed only 8 cycles of treatment before they were ready for surgery and the usual time to operation was only five months, he noted.

"I believe these data together with the CRYSTAL data show that Erbitux and one standard chemotherapy provide probably the best option for mCRC where tumours show wild-type KRAS," he concluded.

The growing evidence about the impact of KRAS gene type on the success of Erbitux - shown also in other studies this year such as OPUS and EVEREST - is leading increasingly to a consensus among oncologists that all patients being considered for treatment with EGFR-targeting drugs like Erbitux should first be tested to see whether or not they have the wild-type or mutant KRAS gene. If the mutant KRAS gene is detected, they believe there is no point in these drugs, which are expensive, being prescribed. Although patients tolerate Erbitux well it produces a skin rash and can cause diarrhoea in some. In some European countries, reimbursement for Erbitux treatment is now restricted to use in patients with wild-type KRAS. Diagnostic tests for KRAS are becoming widely available in Europe, according to Professor Van Cutsem, who believes most oncologists should have access to them before the end of the year. "We are truly entering an era of personalised medicine in cancer therapy where treatment is tailored to the individual," he added.

Meanwhile the search goes on for other tumour biomarkers to predict even more accurately what impact a treatment is likely to have. This is happening not just in mCRC but in cancers at other sites, to help identify which treatments work best for particular tumour types. Getting the treatment that is right for them first will give cancer patients the best chance of beating their disease. 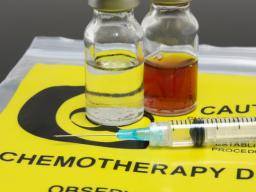 Adjuvant therapy: What you need to know Adjuvant therapy is treatment that is given for cancer alongside the main treatment, which may be surgery. The decision will depend on the individual's situation and preferences and the type and stage of cancer. Find out what types of adjuvant therapy there are, who may need them, and some alternative options. Read now 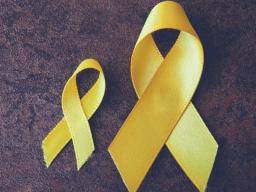 Synovial sarcoma: Treatment, diagnosis, and research Synovial sarcoma is a rare type of cancer that affects the soft tissues, usually around the joint of the legs or the extremities. A mass can form, which may be painful. In around half of the cases, the cancer spreads to other parts of the body. Find out more about the symptoms, treatment options, outlook, and causes. Read now 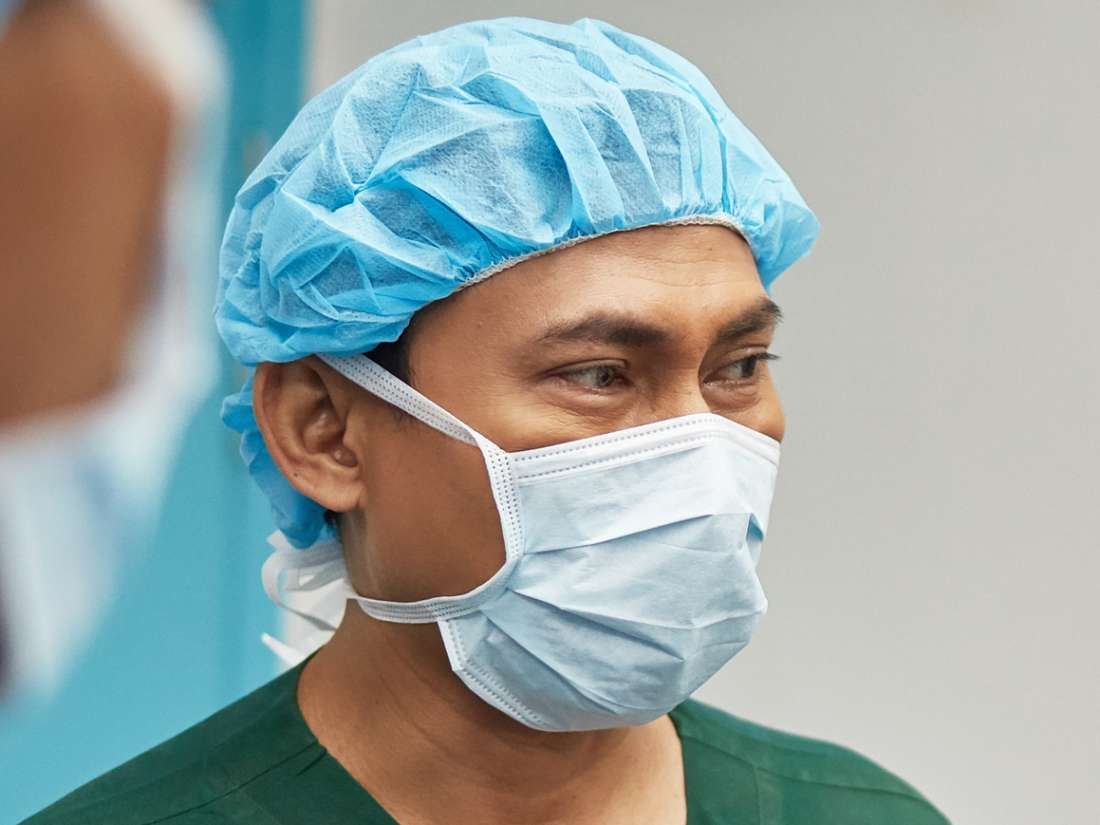 Surgery 'better than chemotherapy' for tongue cancer For tongue cancer, surgery followed by extensive reconstruction as an initial treatment may lead to better outcomes as opposed to chemotherapy, according to a new study. Read now 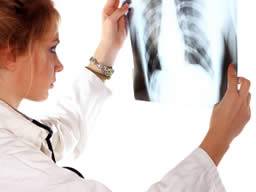 Tarceva (erlotinib) Good Alternative To Chemotherapy For Some Lung Cancer Patients, UK According to today's announcement by Roche, Tarceva (erlotinib), an oral lung cancer treatment, has been officially licensed as first-line monotherapy for the treatment of patients with... Read now 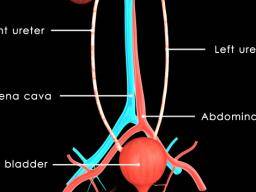